"October proved a riot, a riot to the senses, and climaxed those giddy last weeks before Halloween."
-Keith Donohue 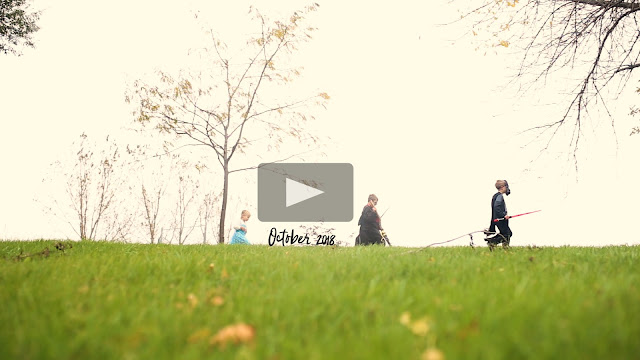 It's been fun revisiting moments from the fall. I guess that's one highlight of being so behind in my personal work. We spent one October morning playing in the leaves in our backyard, right before the first snow covered our giant leaf pile; then once the fickle temperatures melted the snow, the morning frost came and froze them to the ground. Needless to say, we were glad we jumped on the chance to soak up the October sun and throw the last of the season's leaves at each other.

Halloween is something we gear up for months before the holiday. We start brainstorming costume ideas in the summer. They change and change and change again before the kids finally settle on their perfect idea. This year Spencer was Darth Vader, and he proudly yielded the Light Saber. Ashton took portraying his character as Harry Potter very seriously, as he does every role he plays. Jillian oscillated between which Frozen sister she wanted to be, but opted for Elsa at the last moment.

It was our first year with no stroller or wagon as we walked from house to house in our neighborhood trick or treating. The orange plastic pumpkin pals got heavier and heavier with candy at each door. When we finally made it back to our house, they tore into some candy while we watched our customary Halloween Curious George movie. 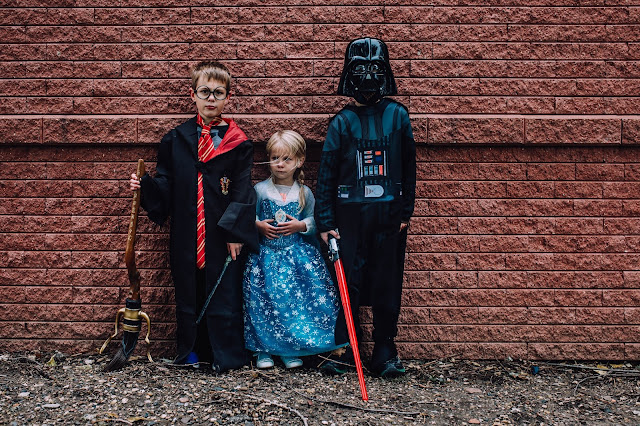 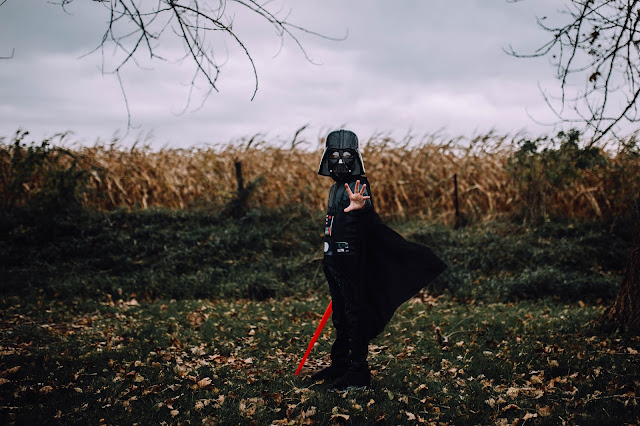 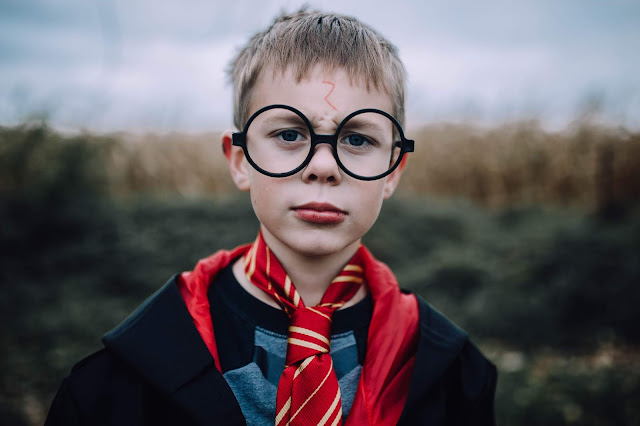 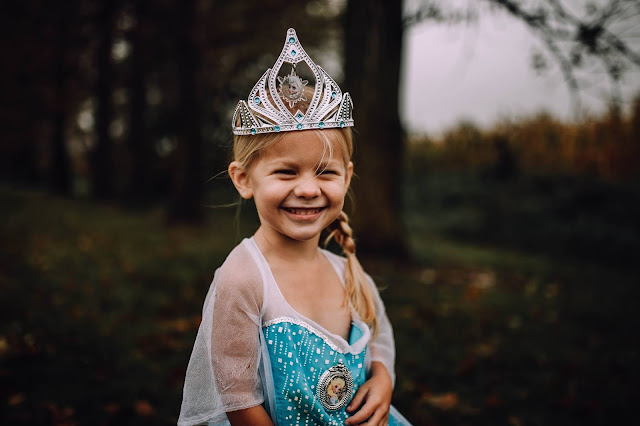 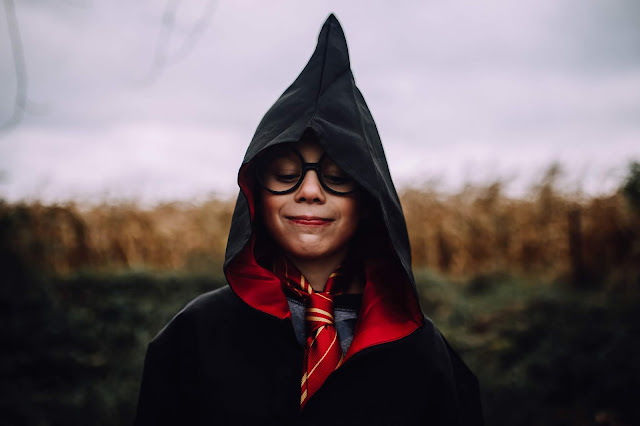 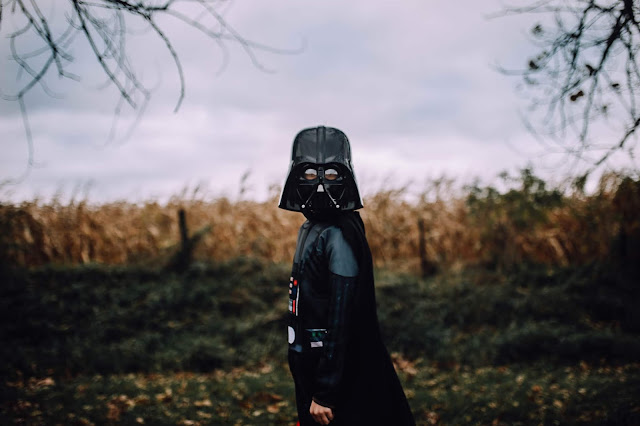 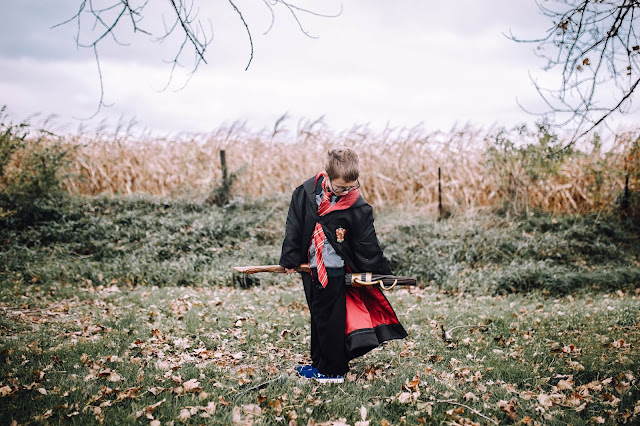 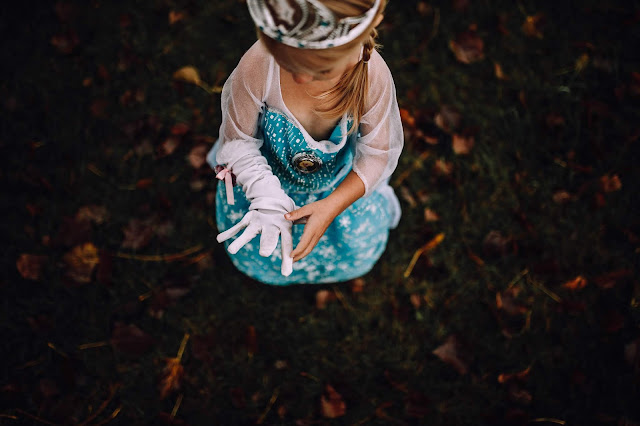 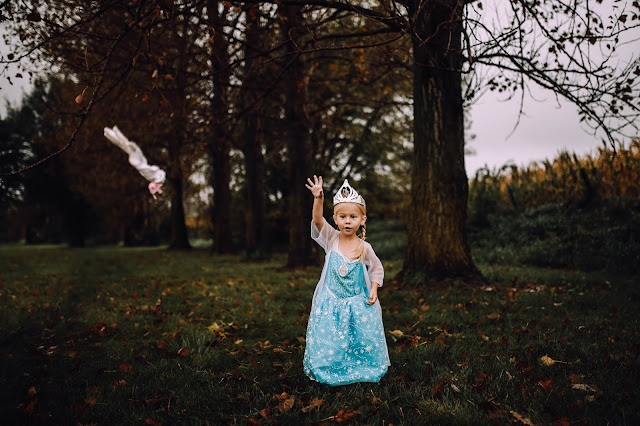 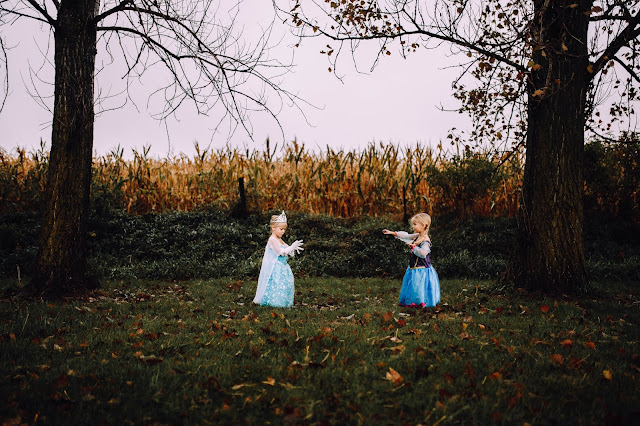 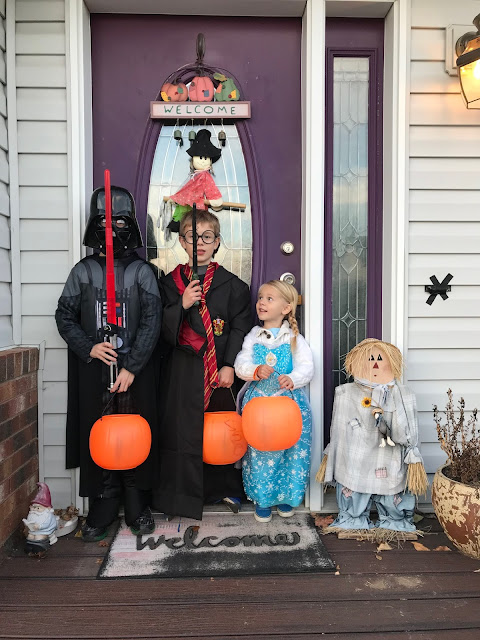 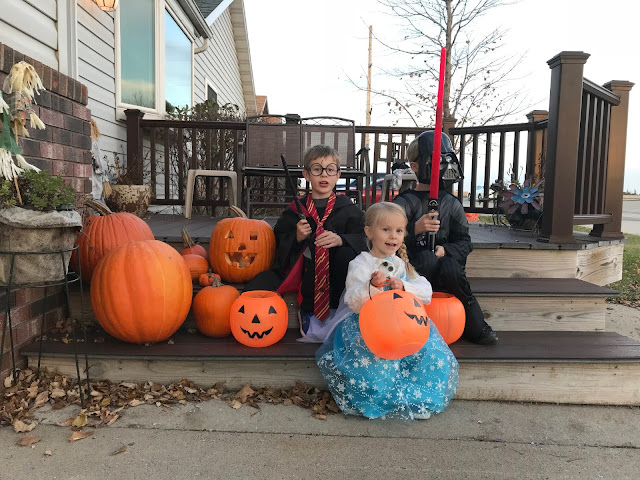 Posted by The Mahlke Chronicles at 1:36 PM