"Almost everything will work again if you unplug it for a few minutes, including you."
-Anne Lamott 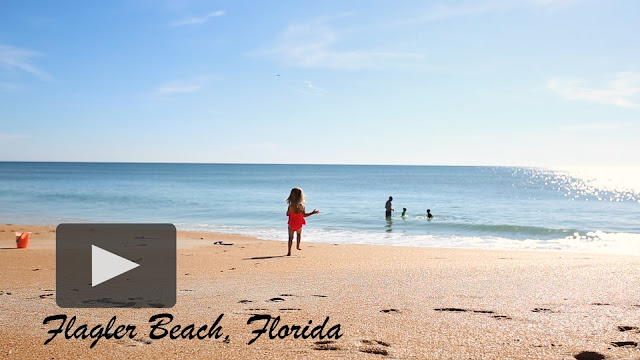 For years we have dreamed of a beach vacation, where we would do nothing but live our best beach lives. We saved and saved and planned and planned, and finally our dreams were realized. We loaded up the rental van and headed out for the 24 hour long drive, spanning two days and two hotels, lots of busy activities and homemade blind bags at every stop and junk food and movies and audio books and lots of stickers. We arrived in Flagler Beach, Florida on a Friday, ran through the rented house, oooohing and ahhhhing at how fancy it was, and then planted ourselves on the beach, where we stayed 90% of the time. 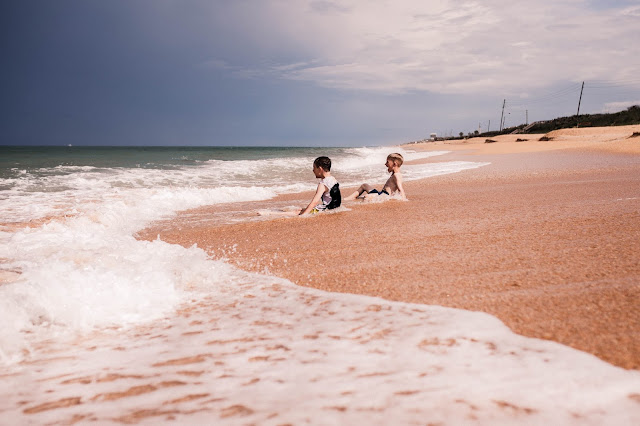 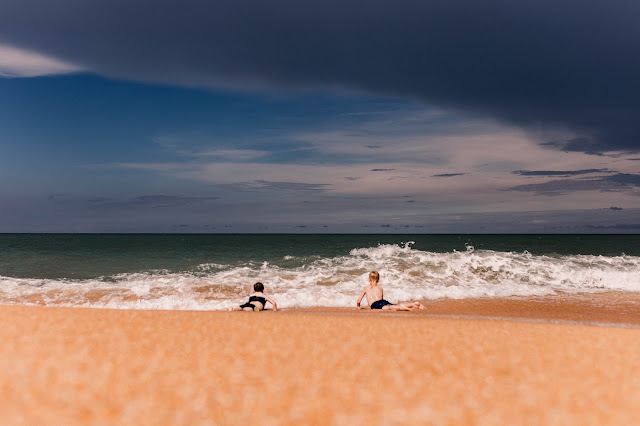 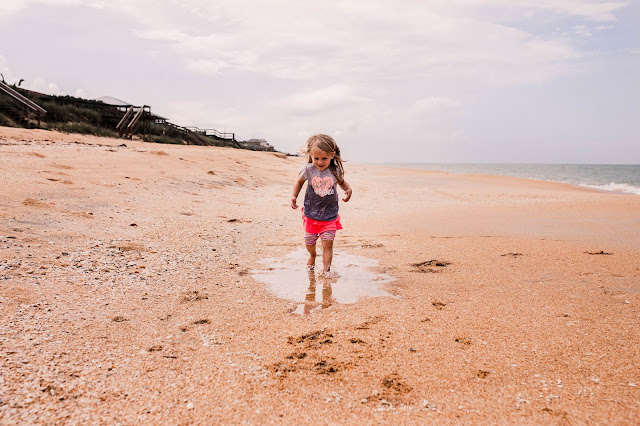 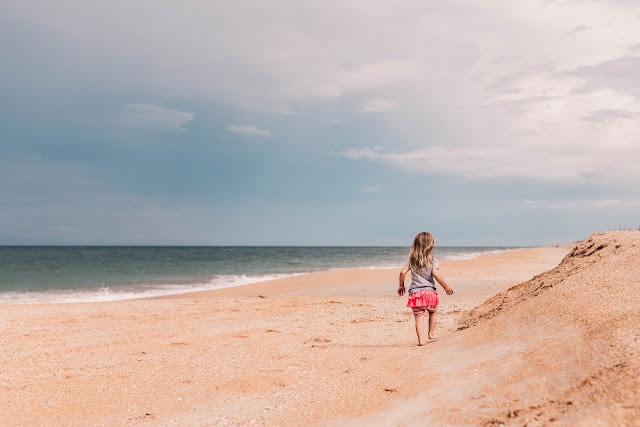 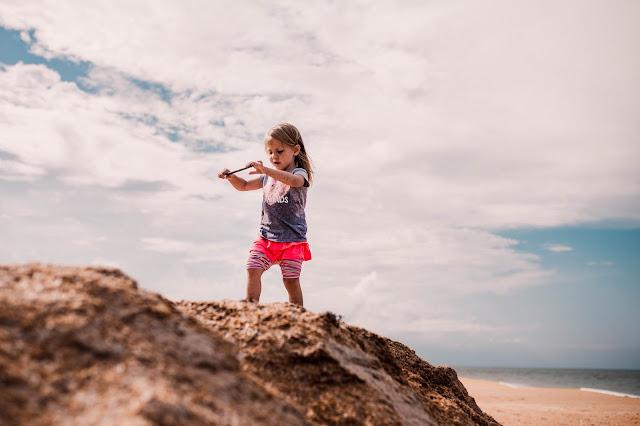 The boys' love affair with the ocean was instantaneous. They jumped into the waves and let the water wash them back on shore. On the nights when the waves were too viscous, threatening to take them under and not return them, the boys screamed their protests when we restricted their access to the ocean. Instead of diving headlong into the waves, they were confined to sitting on the shore and allowing the waves to crash into them.

Jillian was much slower to warm up to the ocean. She's used to the calm waters of the Mississippi River. The great crashing waves of the Atlantic Ocean terrified her, and she could often be found racing as fast as her little legs could take her away from the water chasing her up the beach. She would only go in the water if we held her in our arms, lifting her high above the waves as they came crashing at us. Mostly she could be found high up on the beach, digging in the sand or collecting seashells. 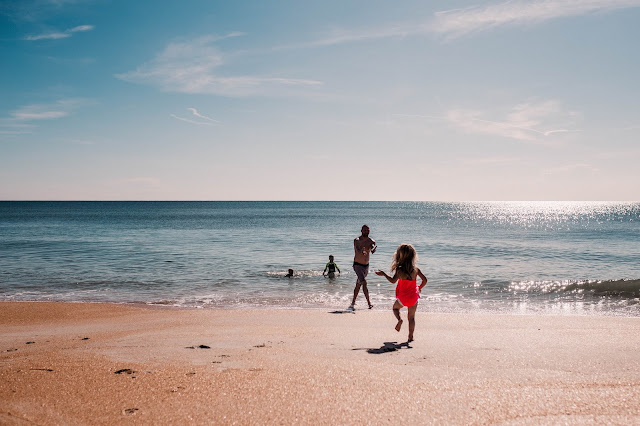 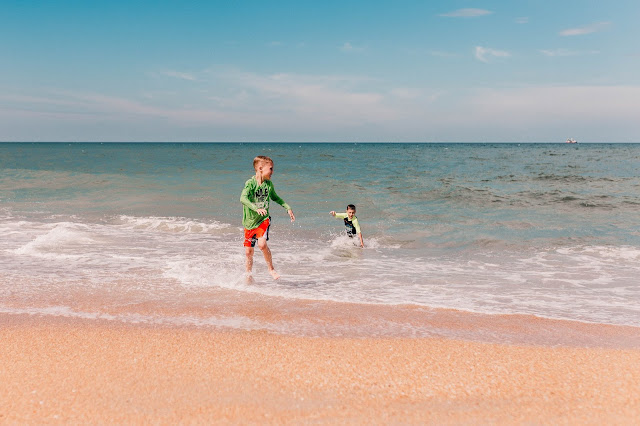 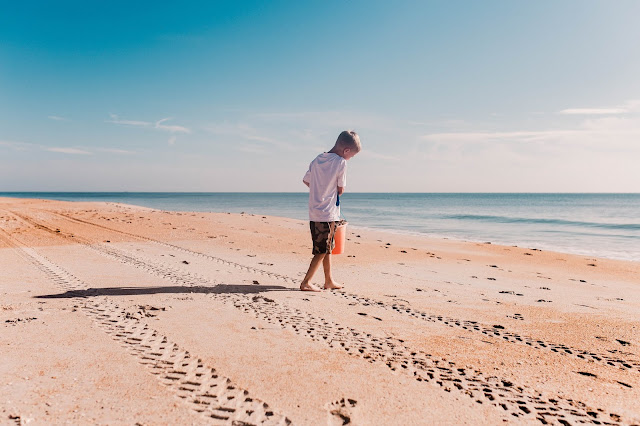 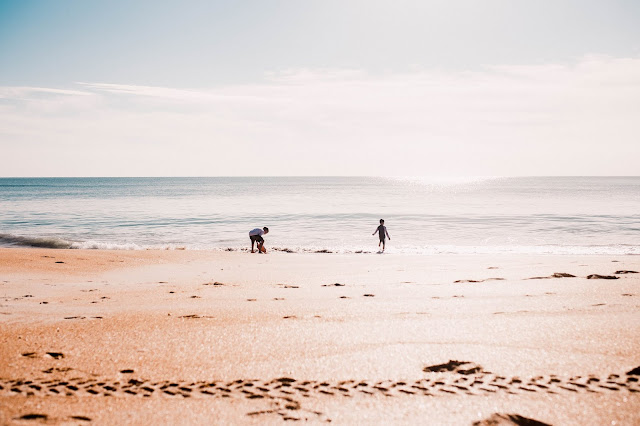 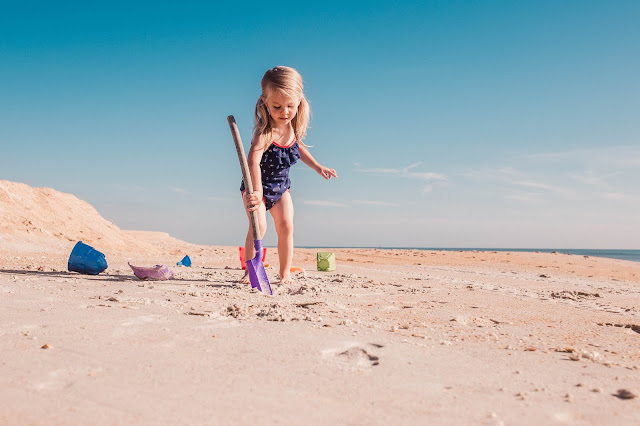 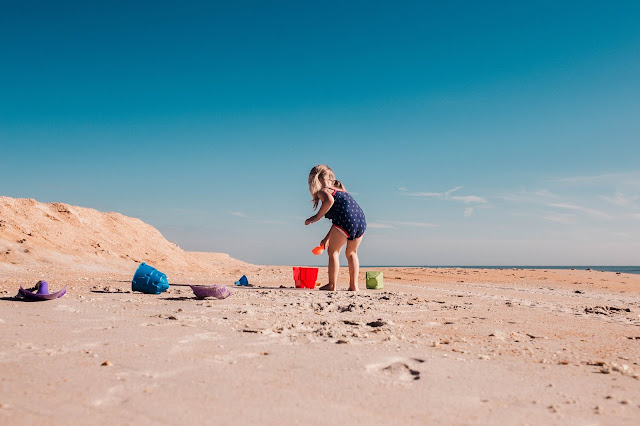 Once we discovered the boogie boards the rented house supplied, there was no turning back. We allowed the waves to knock us off the boards over and over again as we attempted to figure out the sport. Finally, we gave up, simply using them as flotation devices as the waves pushed us to and fro, finally spitting us back on shore in a very undignified fashion.

Every day we scrubbed crushed seashells and sand from our hair and bodies, remnants of our hours spent on the beach; and every night we lay in bed, feeling the phantom waves crashing into us. It's a vacation we won't soon forget; we're already planning our next family getaway. But next time: we fly. 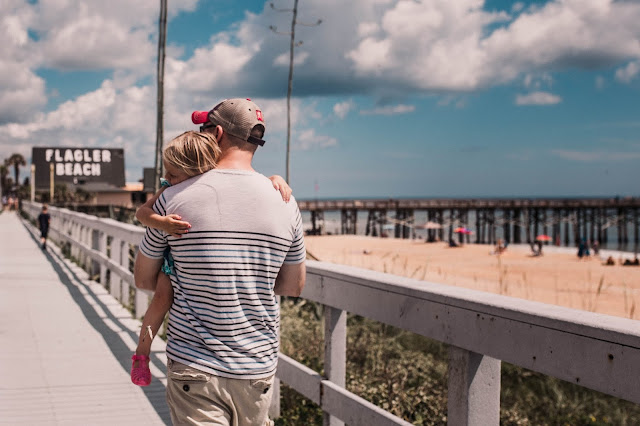 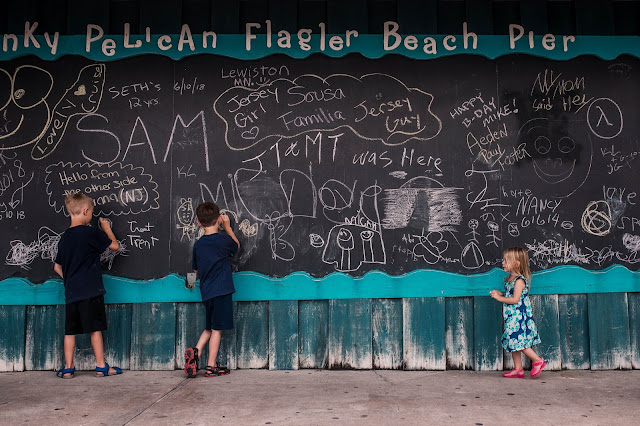 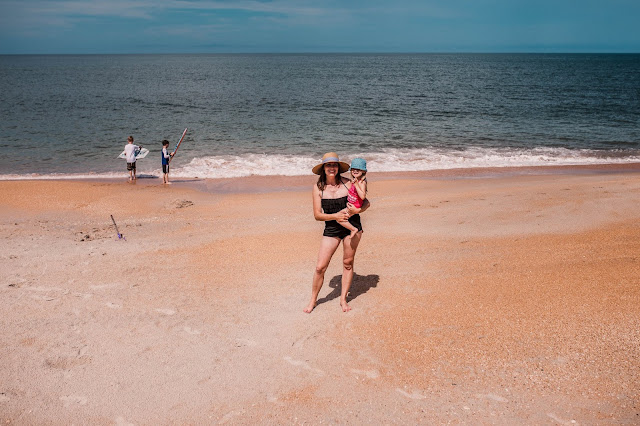 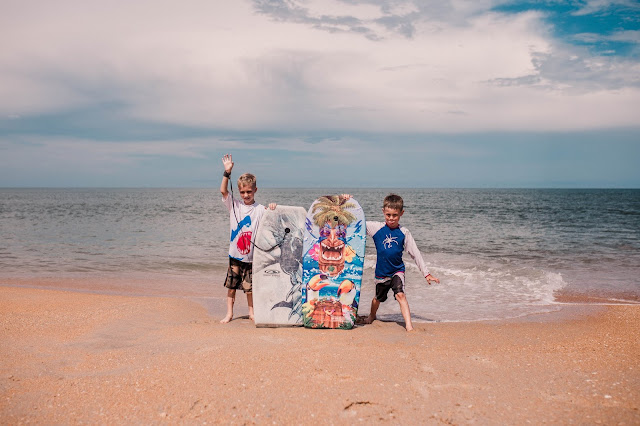 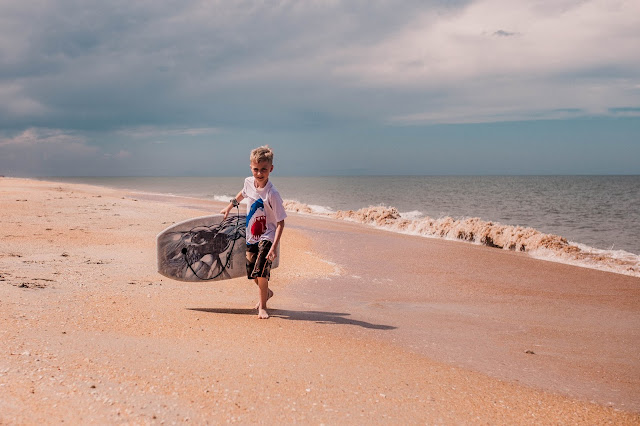 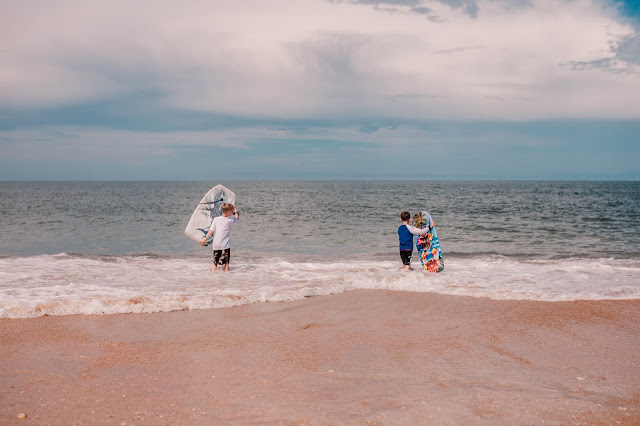 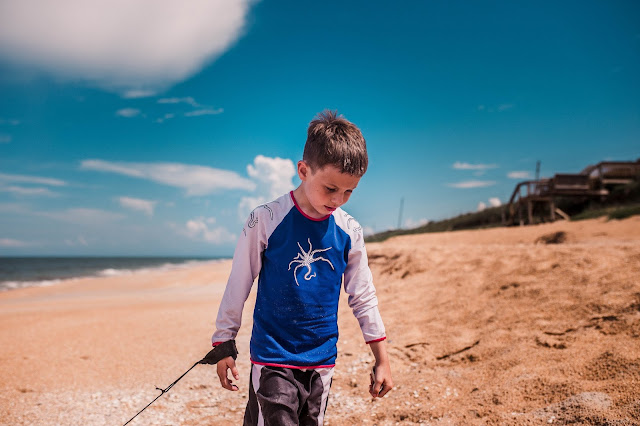 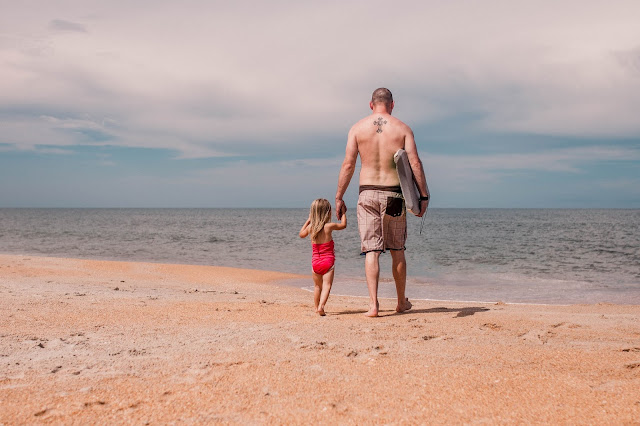 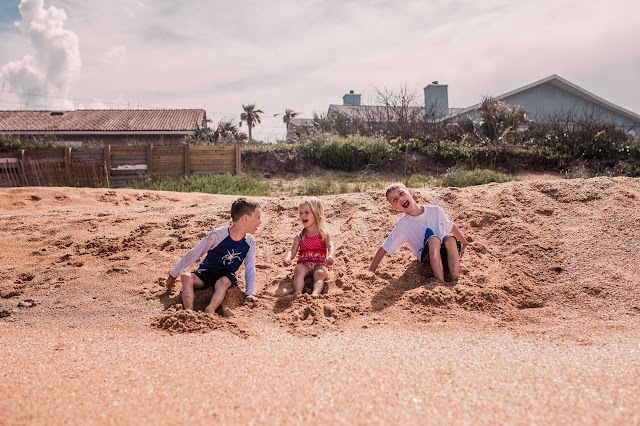 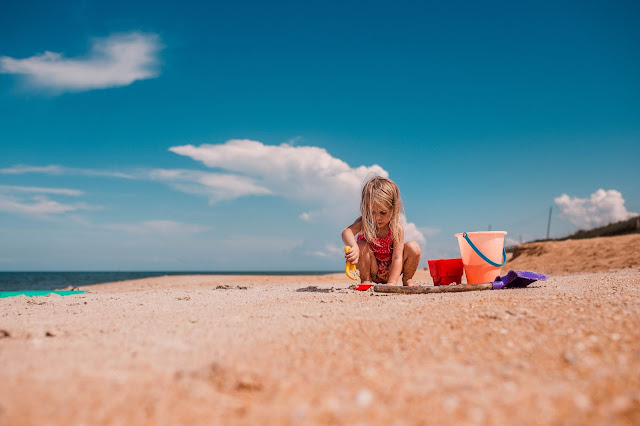 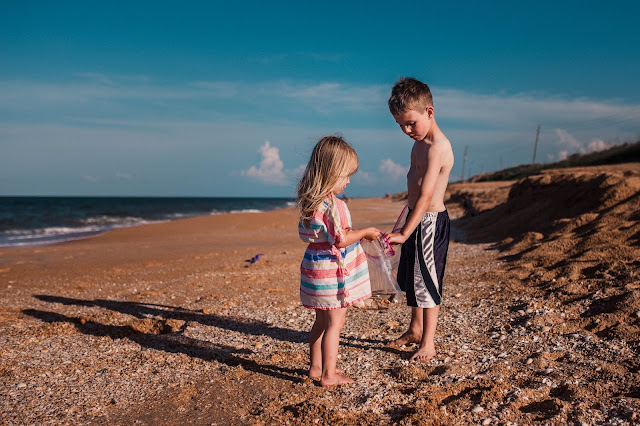 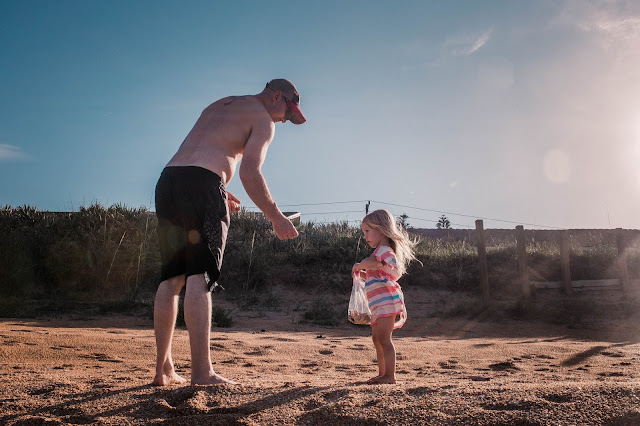 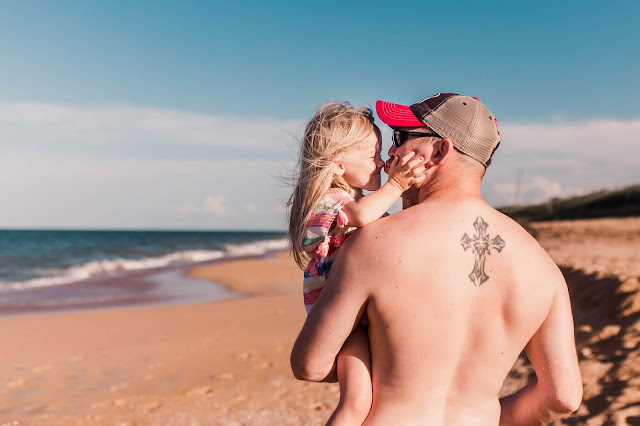 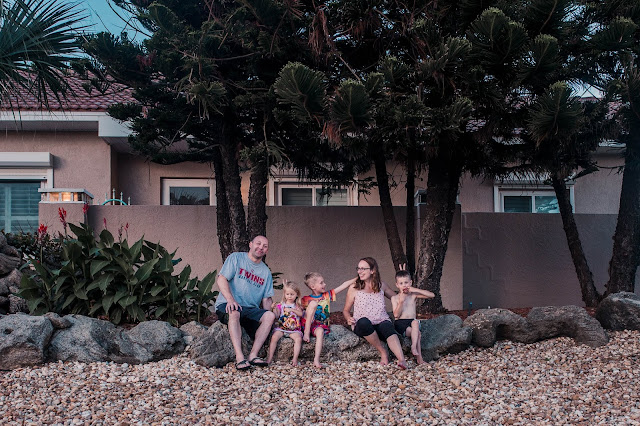 Posted by The Mahlke Chronicles at 12:28 PM