"I wonder if the snow loves the trees and fields, that it kisses them so gently? And then it covers them up snug, you know, with a white quilt; and perhaps it says, 'Go to sleep, darlings, till the summer comes again.'"
-Lewis Carroll, Alice's Adventures in the Wonderland & Through the Looking-Glass 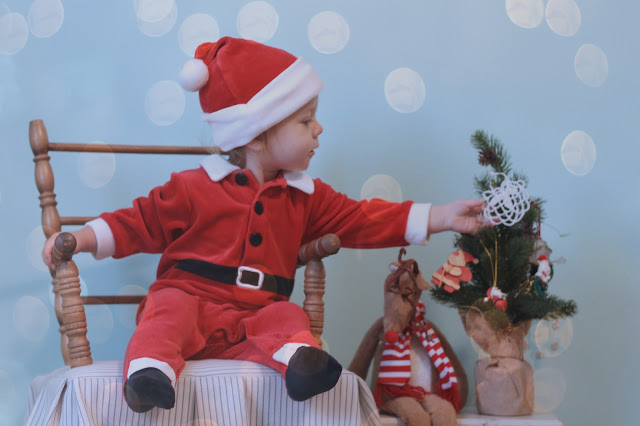 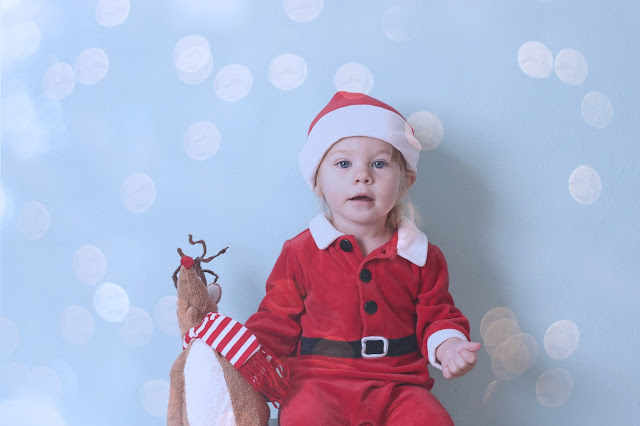 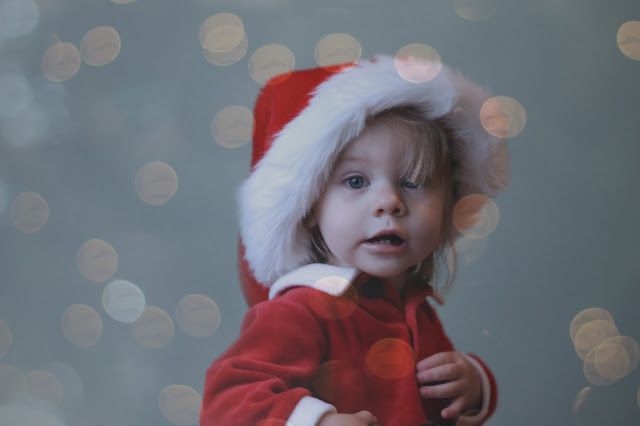 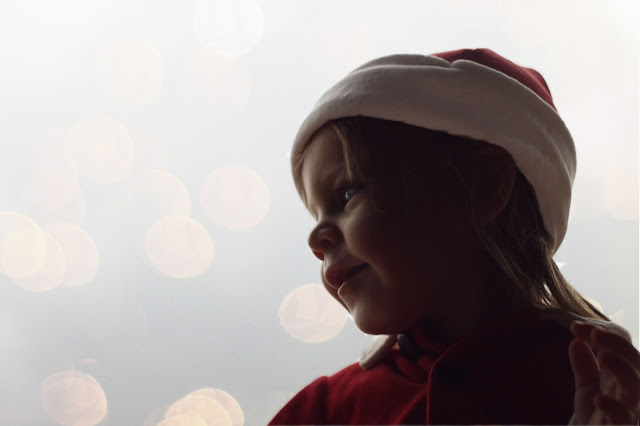 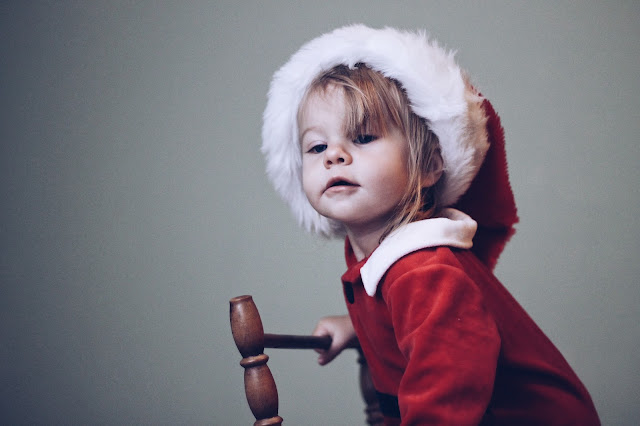 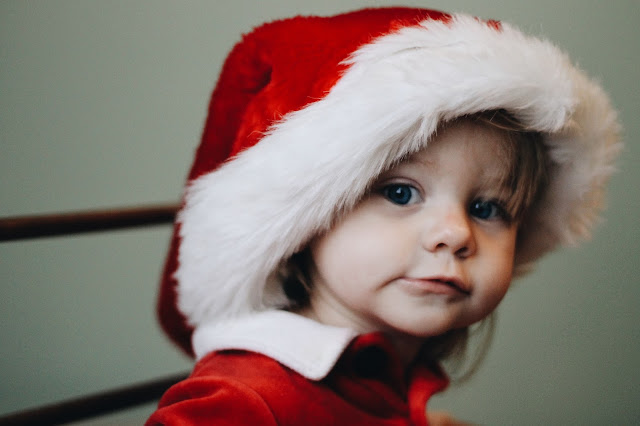 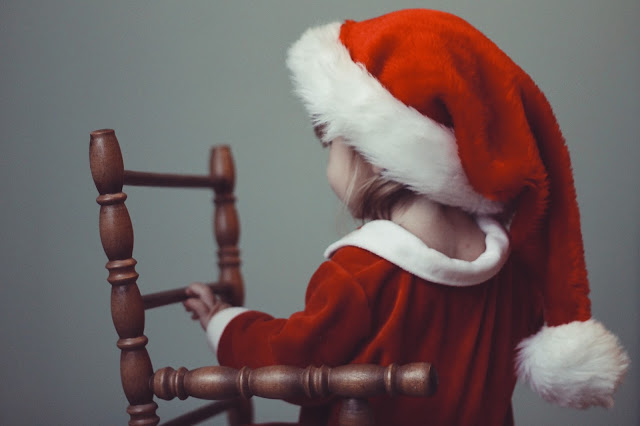 Earlier in the month, before the bitterly cold temperatures dropped well below zero and every inch of you freezes on instant contact with the winter air, the first snow fell. There's something so magical about the first snow fall, even as an adult who scrooges her way through winter. The kids bundled up and went outside to enjoy nature's playground.

Last winter Jillian was a teeny babe, oblivious to the cold white stuff (except, perhaps, on our traditional Christmas day sledding adventure when her big brother dumped her out of the sled face first into the snow). This year, though, she definitely noticed it. Through the layers, she attempted to waddle after her brothers, but eventually gave up the battle and settled for scooping the snow into her mouth instead. The kids barely noticed as their noses turned red and the cold seeped into their bodies; they reluctantly came back inside to warm up with hot cocoa and giant marshmallows. 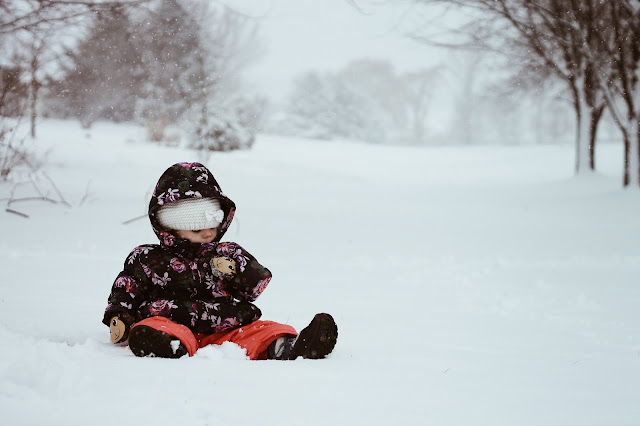 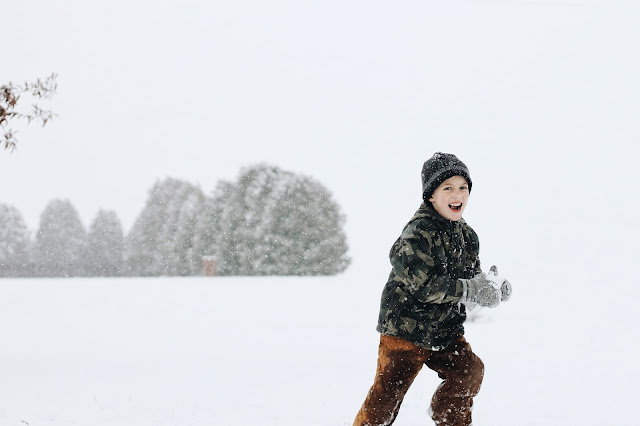 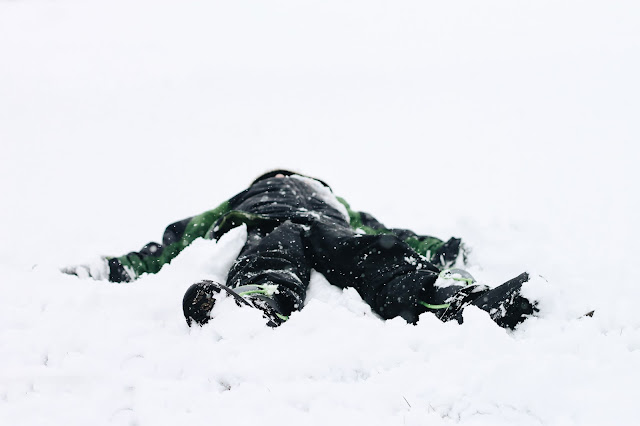 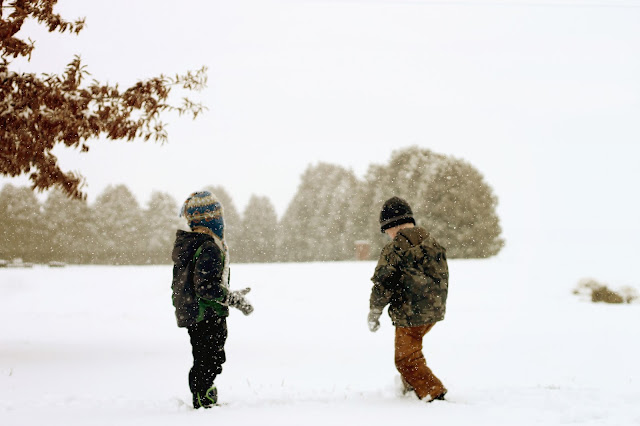 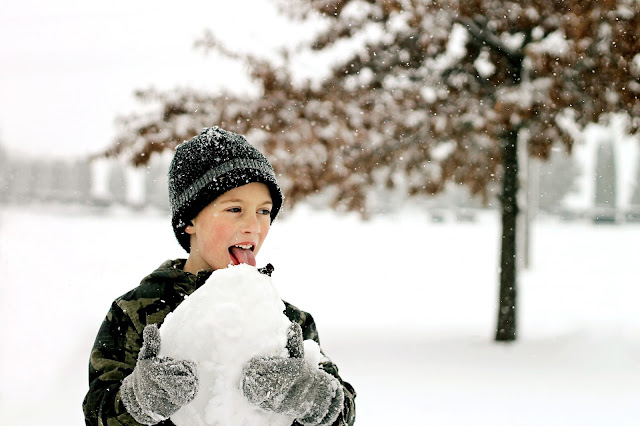 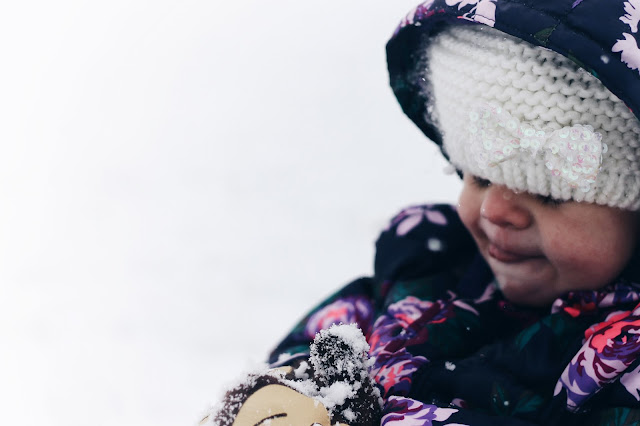 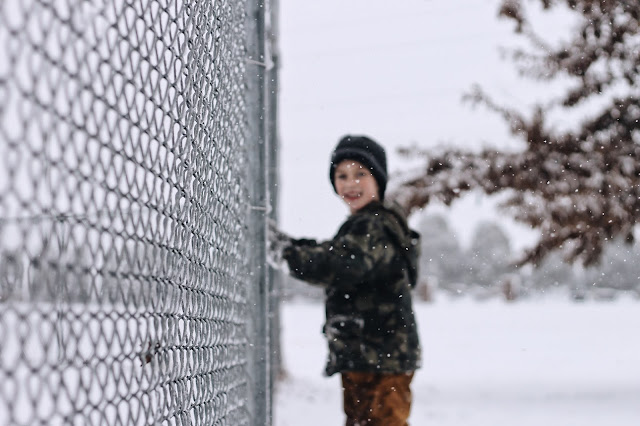 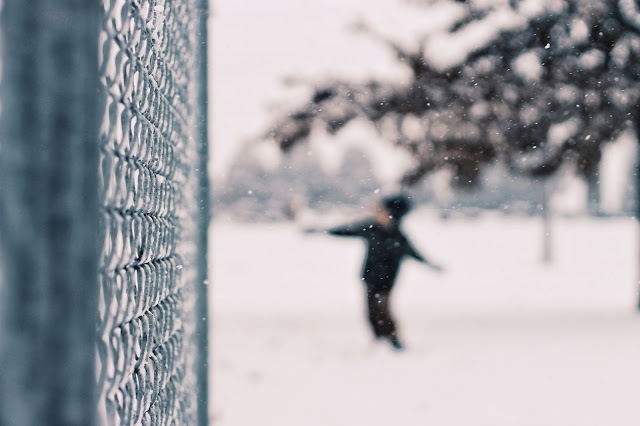 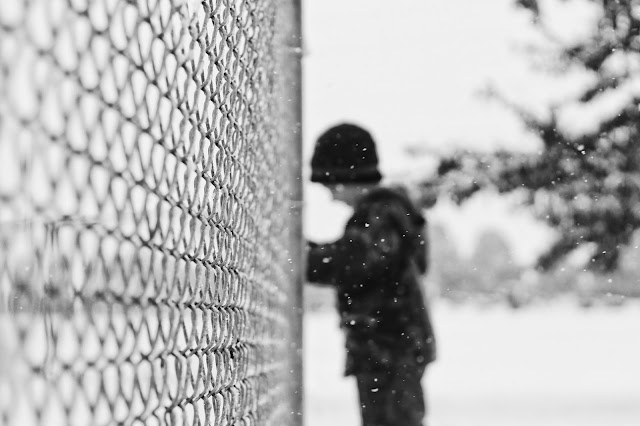 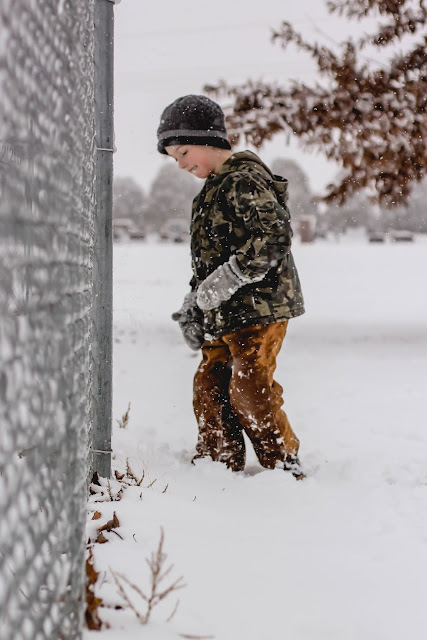 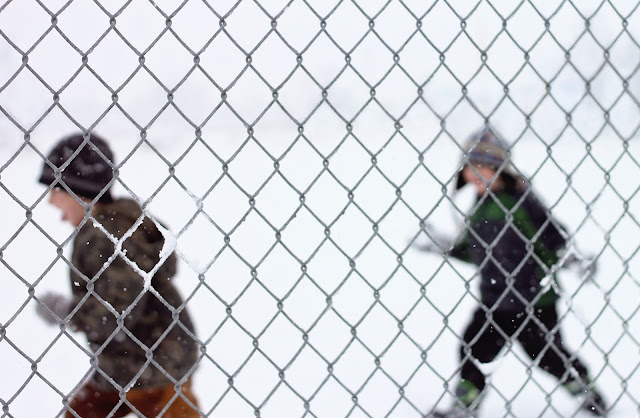 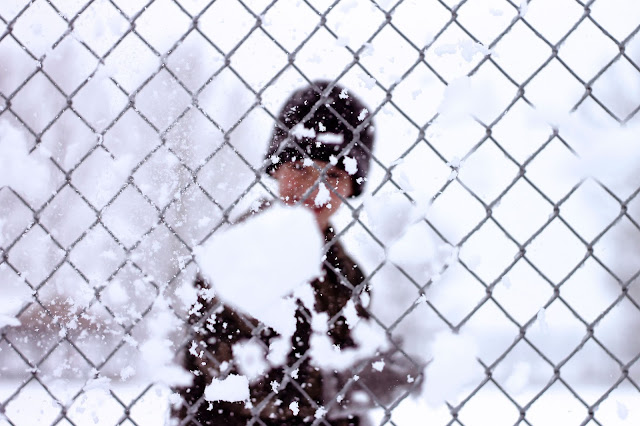 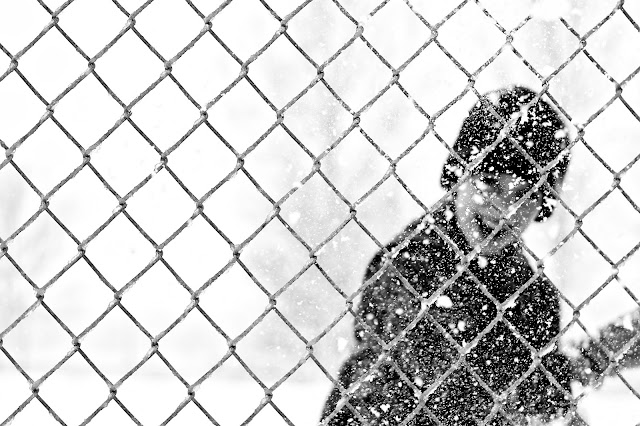 The frigid temperatures have kept us inside, the snow a mere backdrop to our holiday prep. We are in the homestretch now--the Christmas countdown can be tallied on one hand--and the anticipation runs high in our home. This year things will be a bit different since Spencer figured out that Santa is not real. He announced it one day and I immediately shot him down. No way, I fibbed, he's definitely real. But as the day wore on, the lie felt wrong. My practical son is far too smart to buy it, and as much as I hate ruining the magic of the Santa story for him, I realized we can rewrite our own Christmas story, like a secret between mother and son. I sat him down on his bed that night and I prepared myself to crush his spirit. You're right, I confessed to my seven-year-old, Santa is not real. But no tears were shed. Not even a sad face could be detected. I knew it! he boasted proudly. It's you and Daddy! Now he is excited to play Santa with us on Christmas Eve, but only with the explicit promise that he will not spoil it for his siblings, especially Ashton, who very much believes. He's the exact opposite of his practical brother. His imagination has no bounds and his sensitive spirit would be crushed. Spencer and I can be found exchanging looks, winks, and hushed whispers whenever Santa is mentioned. But, mostly, I think he is excited to eat Santa's cookies. Me, too, Buddy; me, too. Ho, ho, ho! 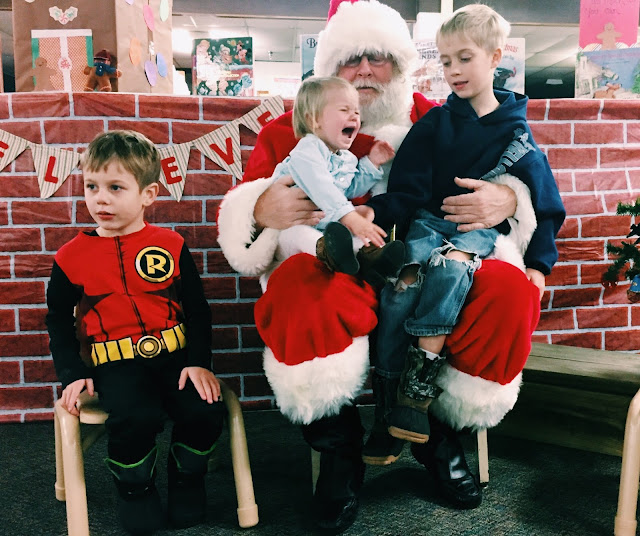 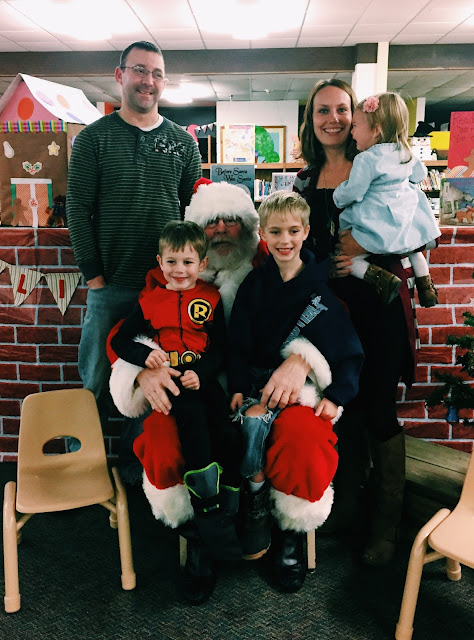 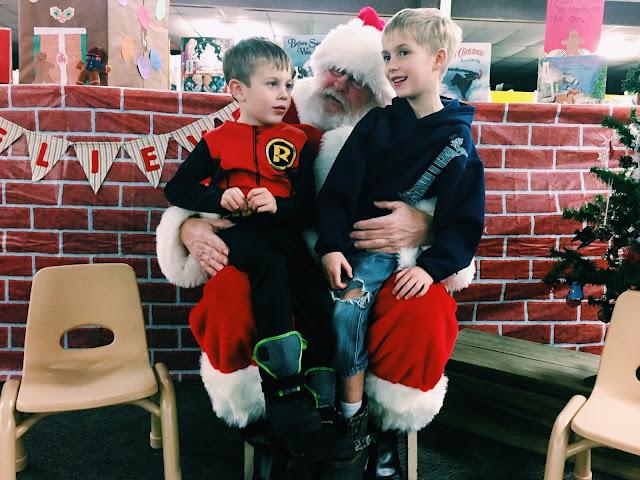 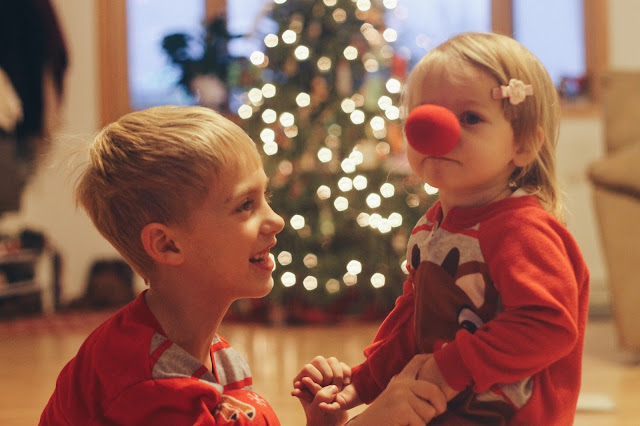 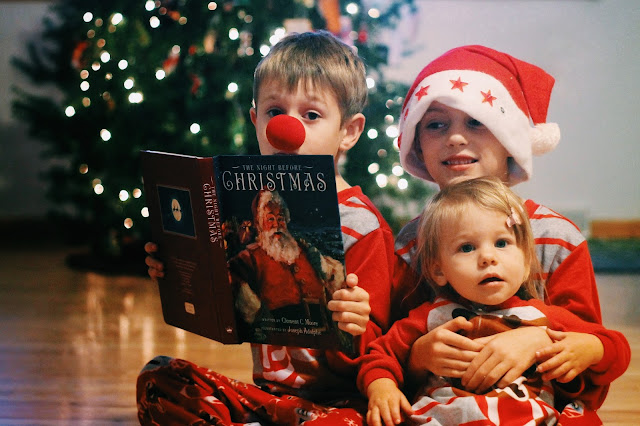 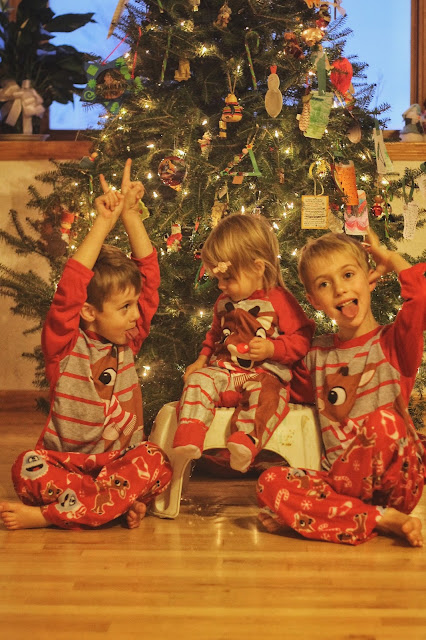 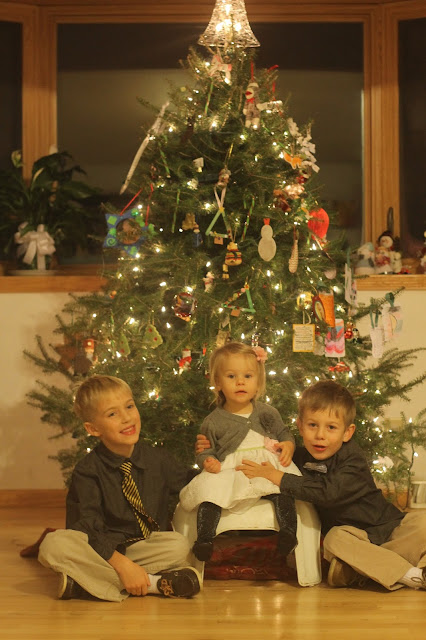 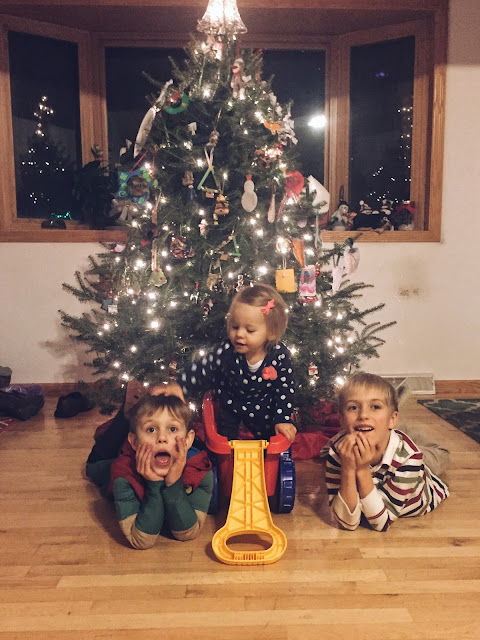 Posted by The Mahlke Chronicles at 10:04 AM

Email ThisBlogThis!Share to TwitterShare to FacebookShare to Pinterest
Labels: christmas