"Do not grow old, no matter how long you live. Never cease to stand like curious children before the great mystery into which we were born."
-Albert Einstein 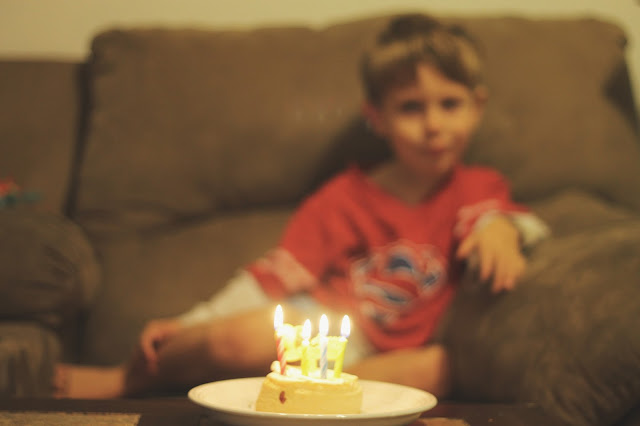 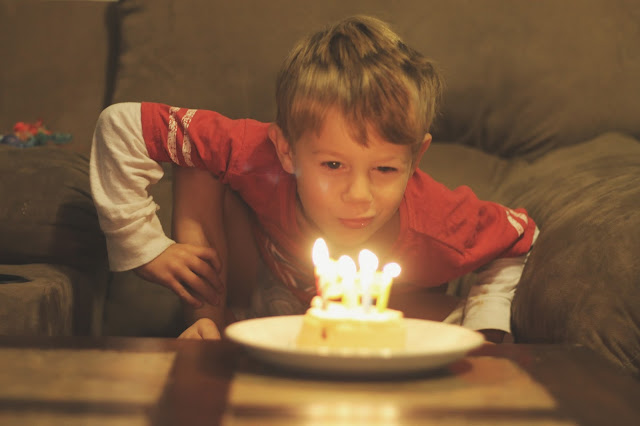 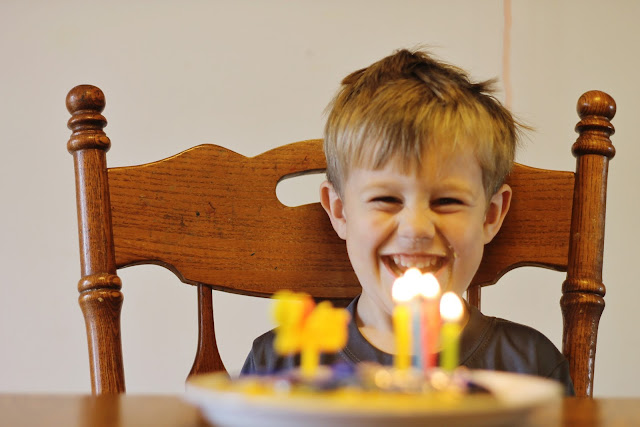 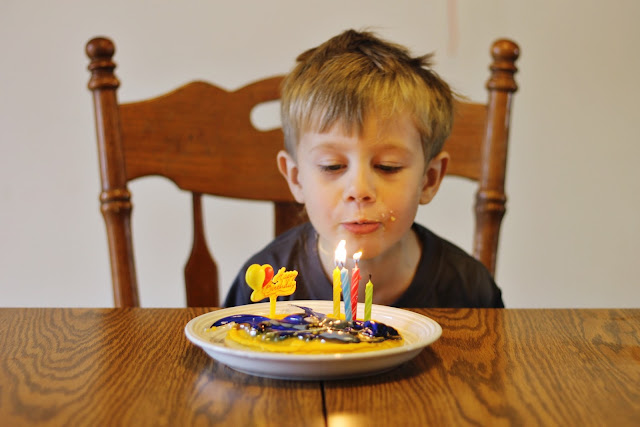 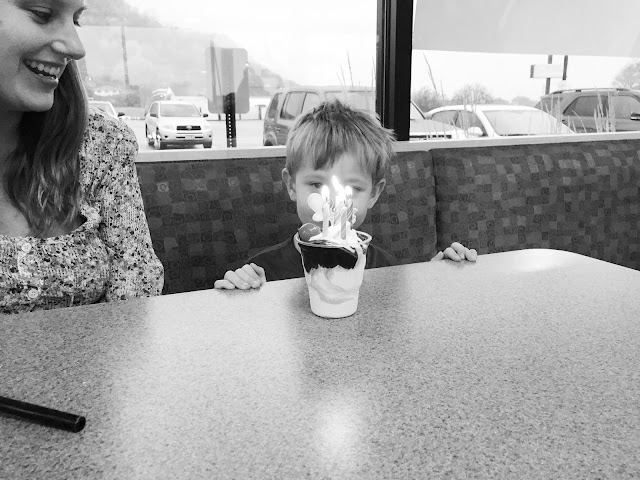 This fall has been a season of change for Ashton. He started preschool two mornings a week, which has come with a bit of trepidation on his part. After a class where he spent his time near tears claiming to miss his mommy, we talked about what would help him while he was at school to remember me. We decided on something tangible for him to see and hold onto. So we threaded colorful plastic beads onto a pink string that now hangs around his neck each Monday and Wednesday morning while he's at preschool, and sometimes he'll be found lifting the beads to his lips to kiss it. 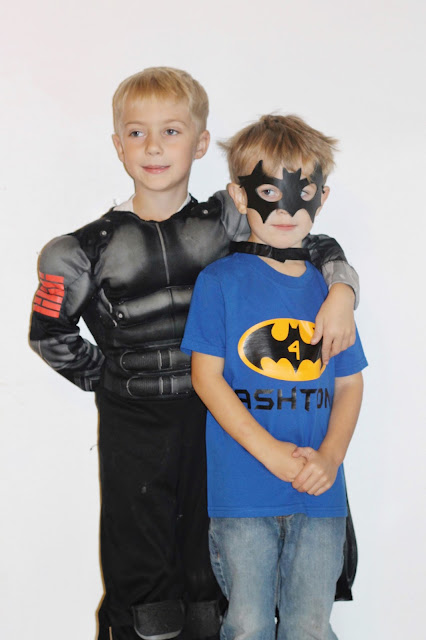 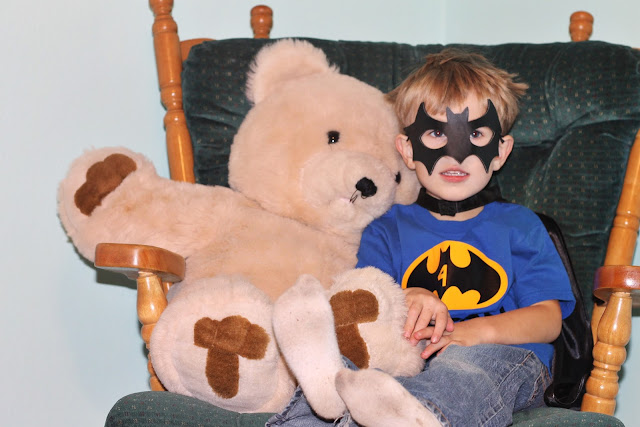 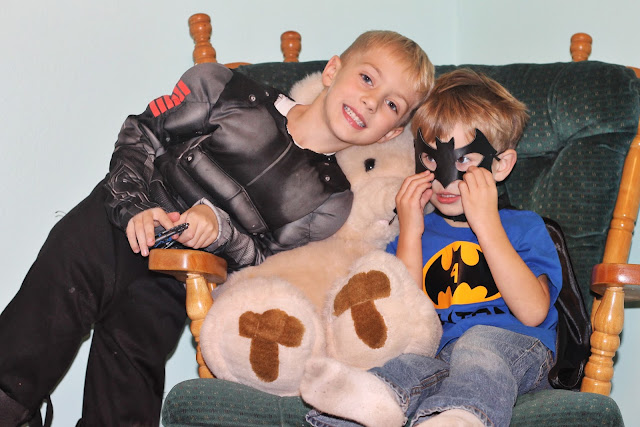 Another difficult change was when his big brother started kindergarten, stealing away his favorite playmate for the great majority of the day. He's been stuck with Mommy as a replacement and he's made it abundantly clear I am not up to the task. Then came along his new baby sister, again stealing away his replacement playmate--no matter how defunct of a replacement I am. He has had to learn patience and how to entertain himself and how to help himself in situations where he'd normally rely on me. This transition hasn't been easy. It's a work-in-progress. Each day reveals new obstacles and challenges. Sometimes frustrations manifest in behavioral issues. But, mostly, I've been impressed with how quickly he is adapting.

Ashton has always teetered between remaining a baby and growing into a big boy. Change isn't something he accepts wholeheartedly, dragging his heels to resist it with every ounce of passion his little body can muster. We've learned to let him come to terms with things on his own, encouraging and assisting any way we can, but giving him the room to figure it out for himself. Becoming a big brother has been one of those things where we tread lightly, letting him love his little sister in his own big, vulnerable, messy way and yet still feel those big, scary, messy, confusing emotions of jealousy and fear. Mostly the love wins out. But sometimes he gives in to those other emotions, too. 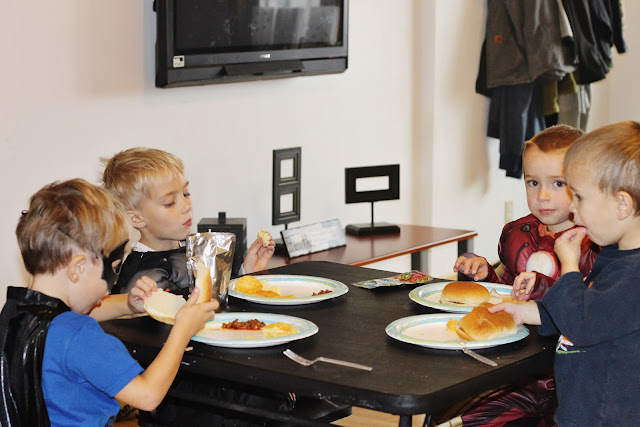 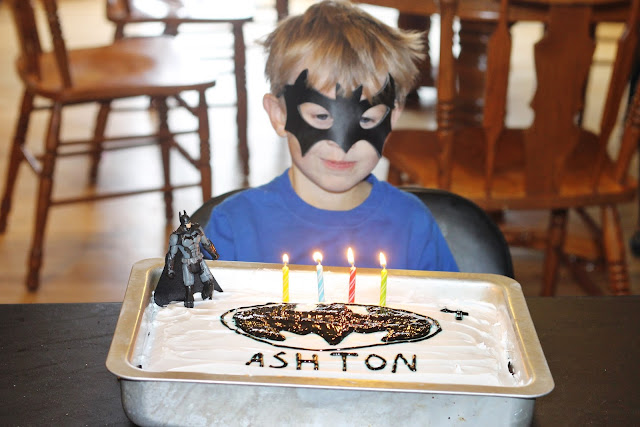 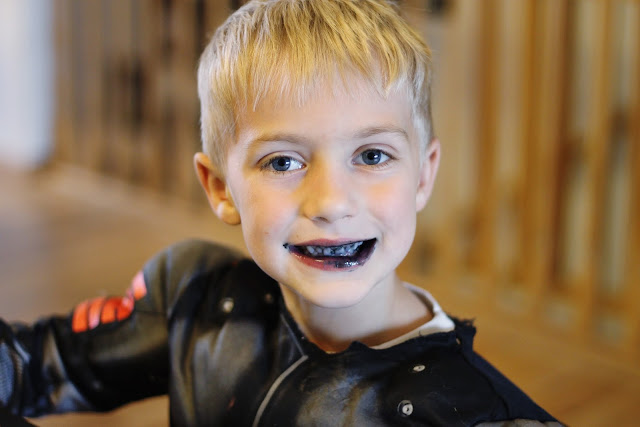 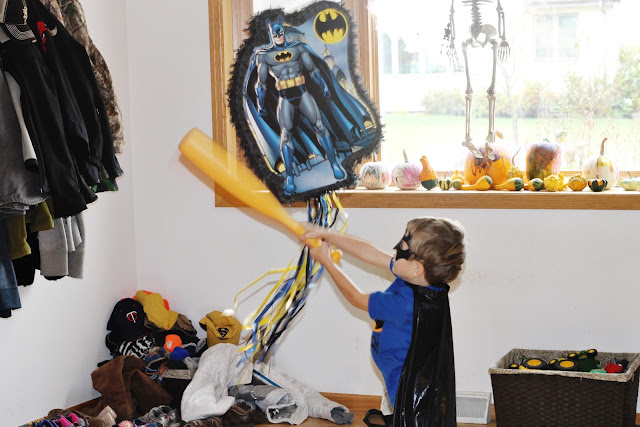 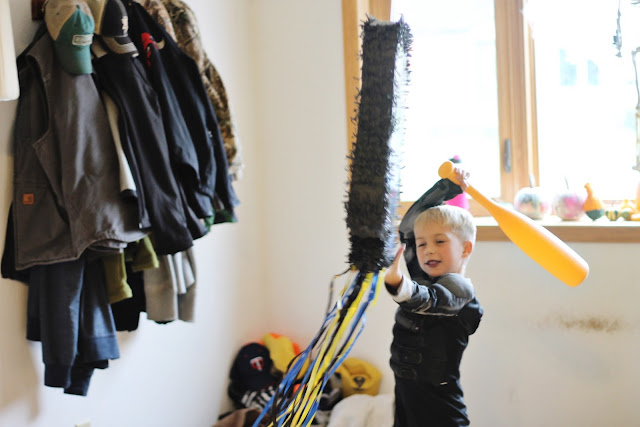 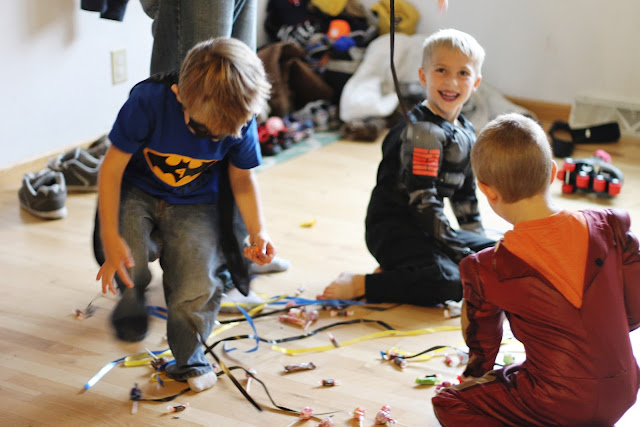 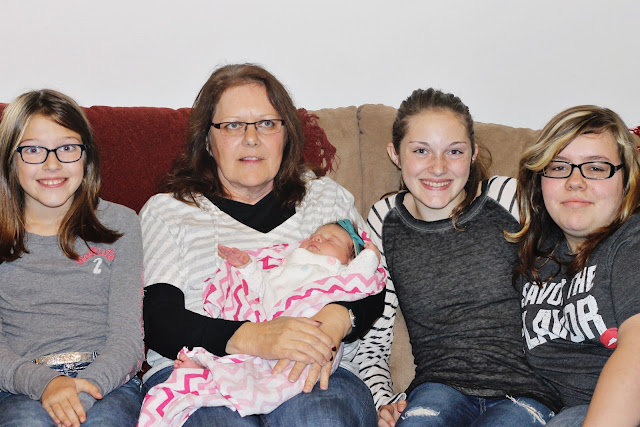 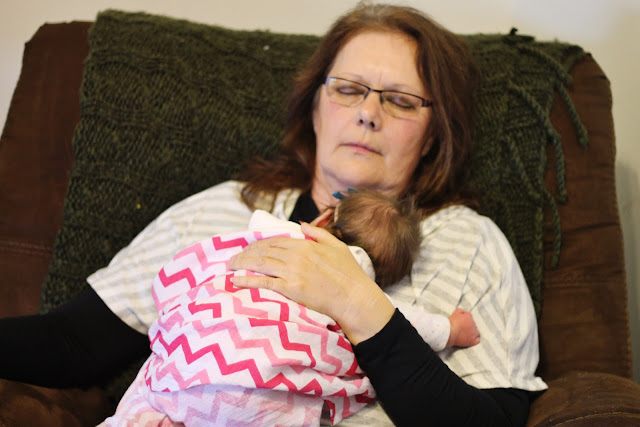 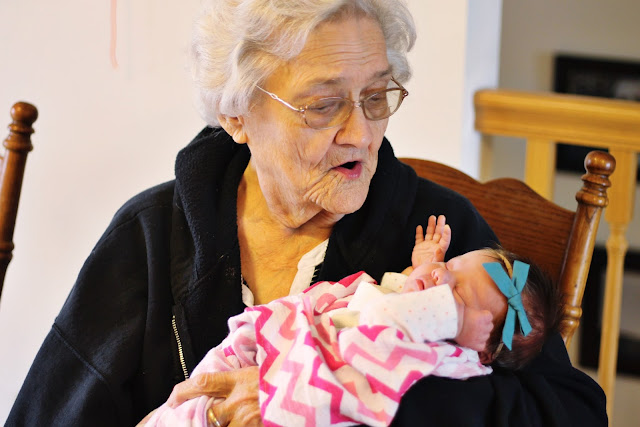 On the heels of all this change, he turned four. This is an age he's looked forward to for months, proudly displaying the appropriate number of fingers on his hand. Yet he would not claim this age until the very day of his birthday, holding on to age three for as long as possible. In classic Ashton fashion, he was indecisive on a birthday party theme, wavering from princesses to My Little Pony to superheroes to Thomas to any thing that possibly crossed his path. Finally he decided on his current obsession: superheroes. More specifically, Batman. One of the things I love most about Ashton is his imagination. He plays big, completely immersing himself in the character. The summer after Frozen came out, he went a full week where he insisted we address him as Anna. He is more often dressed in a costume than not these days, from too-small Halloween costumes to princess dresses to superhero capes and masks. I'm never really sure which Ashton I'll spend my day with, but I always know it'll be interesting.

On his actual birthday we plopped candles in his food for each meal and sang to him, as is our tradition. He brought Batman cookies to school to share with friends. And we ended our night at McDonald's with candles in ice cream and some presents. The following day some family and friends gathered at our house for an intimate party. 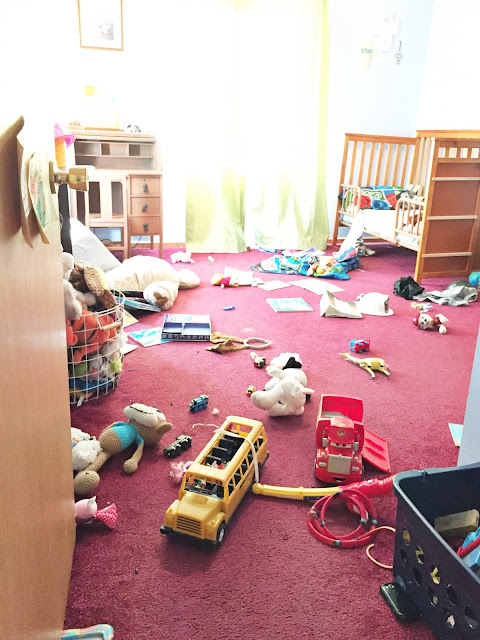 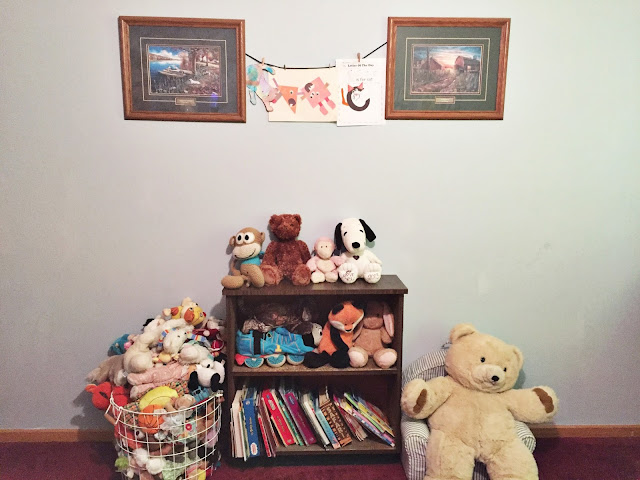 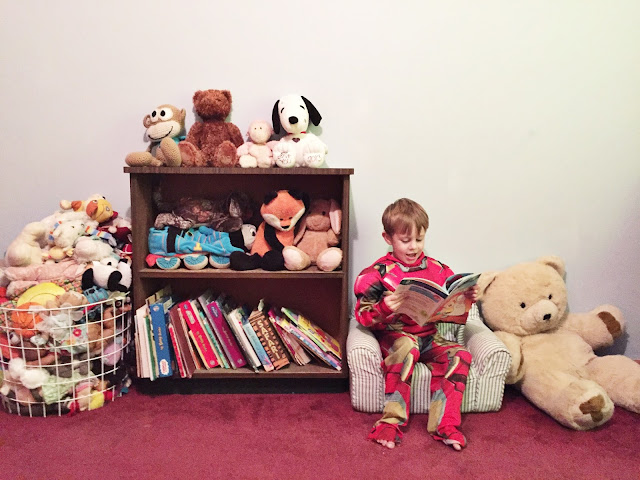 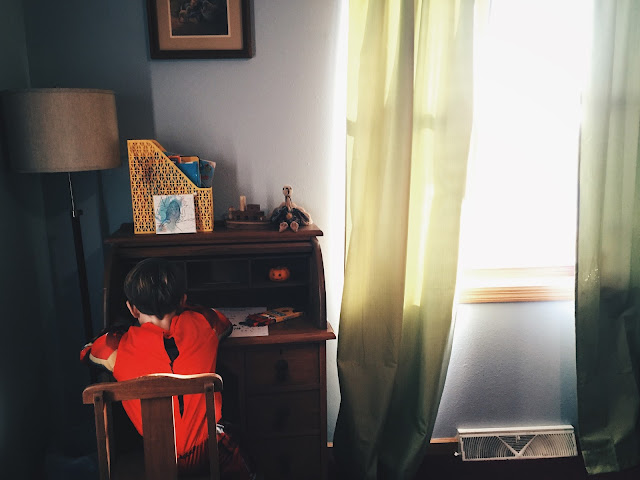 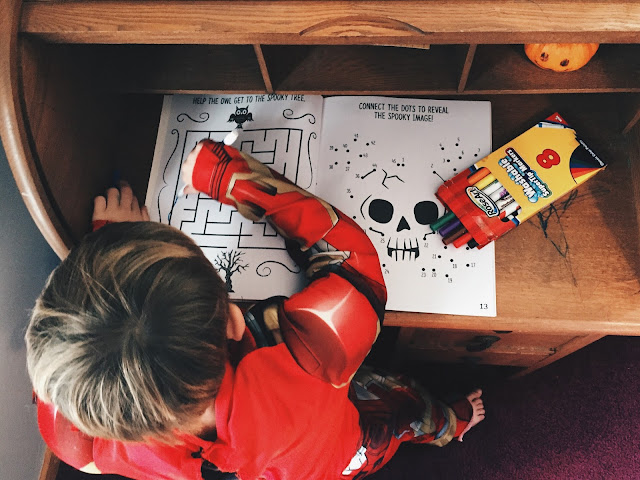 Along with the changes, we redid Ashton's room over the summer so he wouldn't feel left out when his siblings got new rooms. His white walls were replaced with a bluish-gray. All the baby stuff was moved out and in came the leftover things from Spencer's old room. He acquired a desk that was handed down from his paternal grandfather's side of the family, along with Dave's childhood bookshelves and dressers. Ashton is a bit of a hoarder so I tried to minimize the amount of stuff in his room, but I can't seem to get a handle on his stuffed animal obsession. For every one I remove, three more suddenly appear. He's even been stealing some of his sister's new ones.

We painted some custom artwork to hang above his bed. And his doors are adorned with evidence of our weekly alphabet series. Ashton, unlike his brother, has little interest in sitting down and crafting. He isn't a traditional learner in that sense. Yet he picks up the information like a sponge and continually impresses me with what he knows considering his five minute attention span during our lessons. 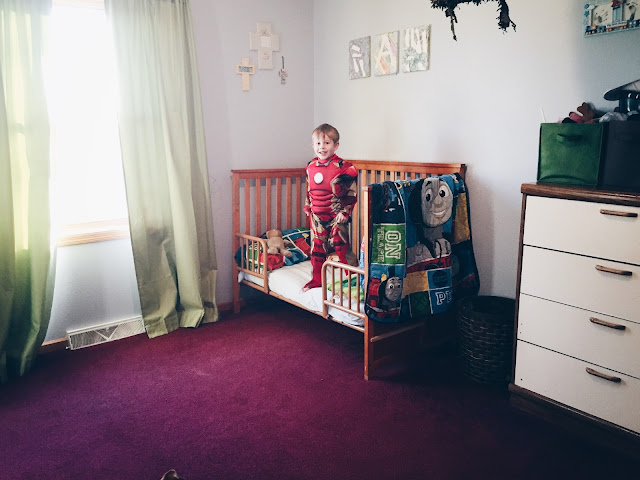 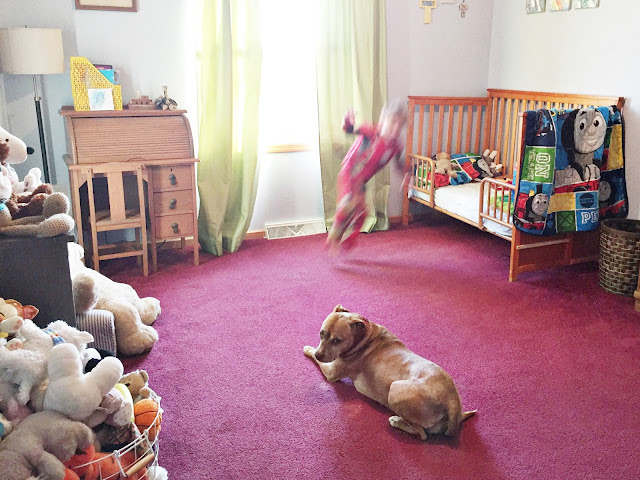 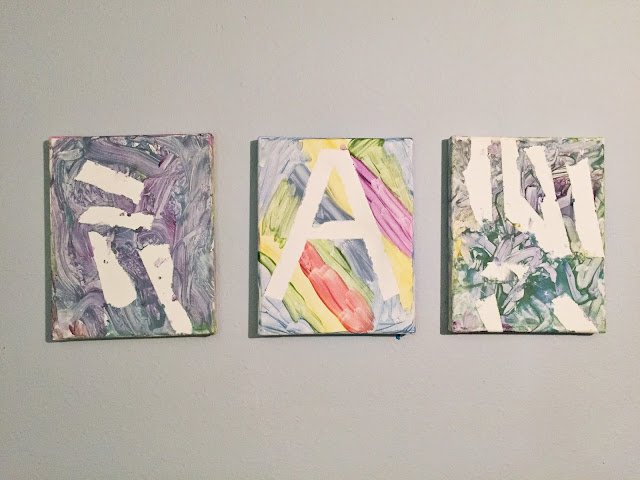 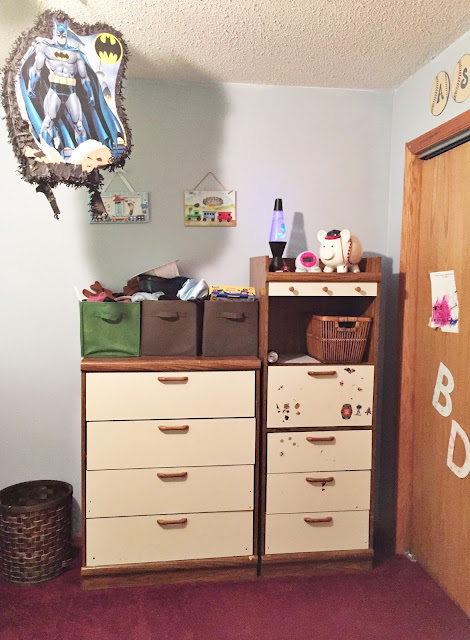 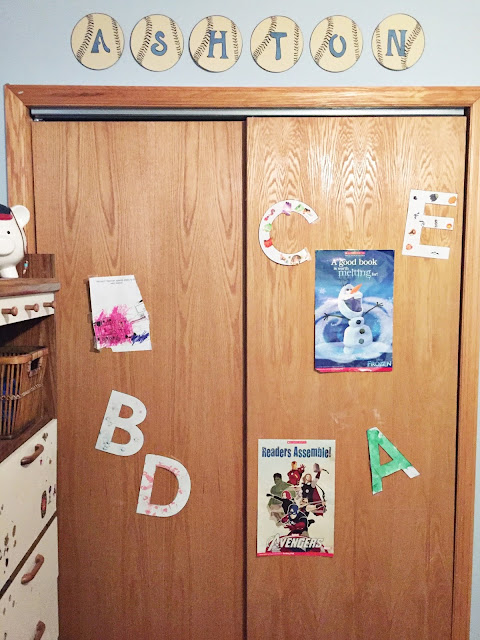 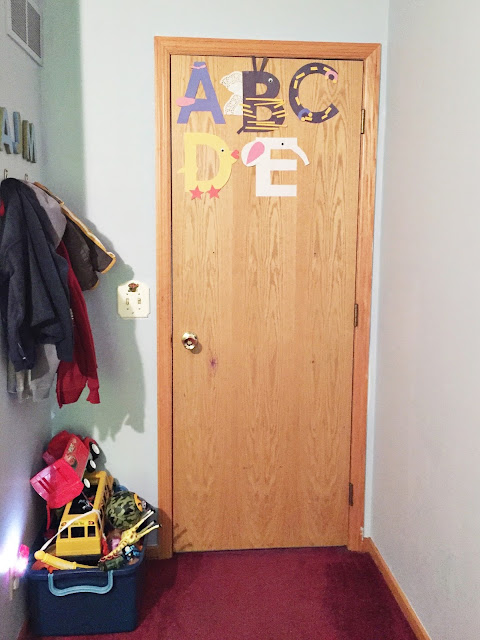 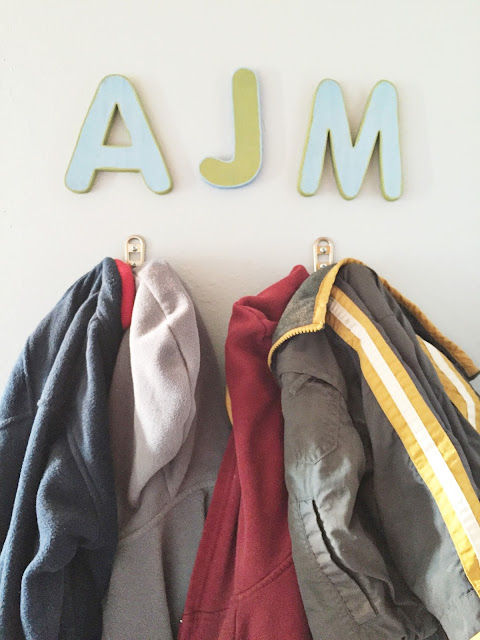 Ashton's room is a great representation of himself. Messy, disorganized, eclectic and bright. Most days I can't open the door or walk across the floor because of the debris, and getting him to clean it is an impossible task. I told him just this morning that I love it when his room is clean because I feel less stressed, but I'm fairly certain he feels the exact opposite. I think he lives for the chaos and clutter. Our personalities often clash, but it's hard not to appreciate his great big personality.

Posted by The Mahlke Chronicles at 10:03 AM