"Unless we make Christmas an occasion to share our blessings, all the snow in Alaska won't make it white." 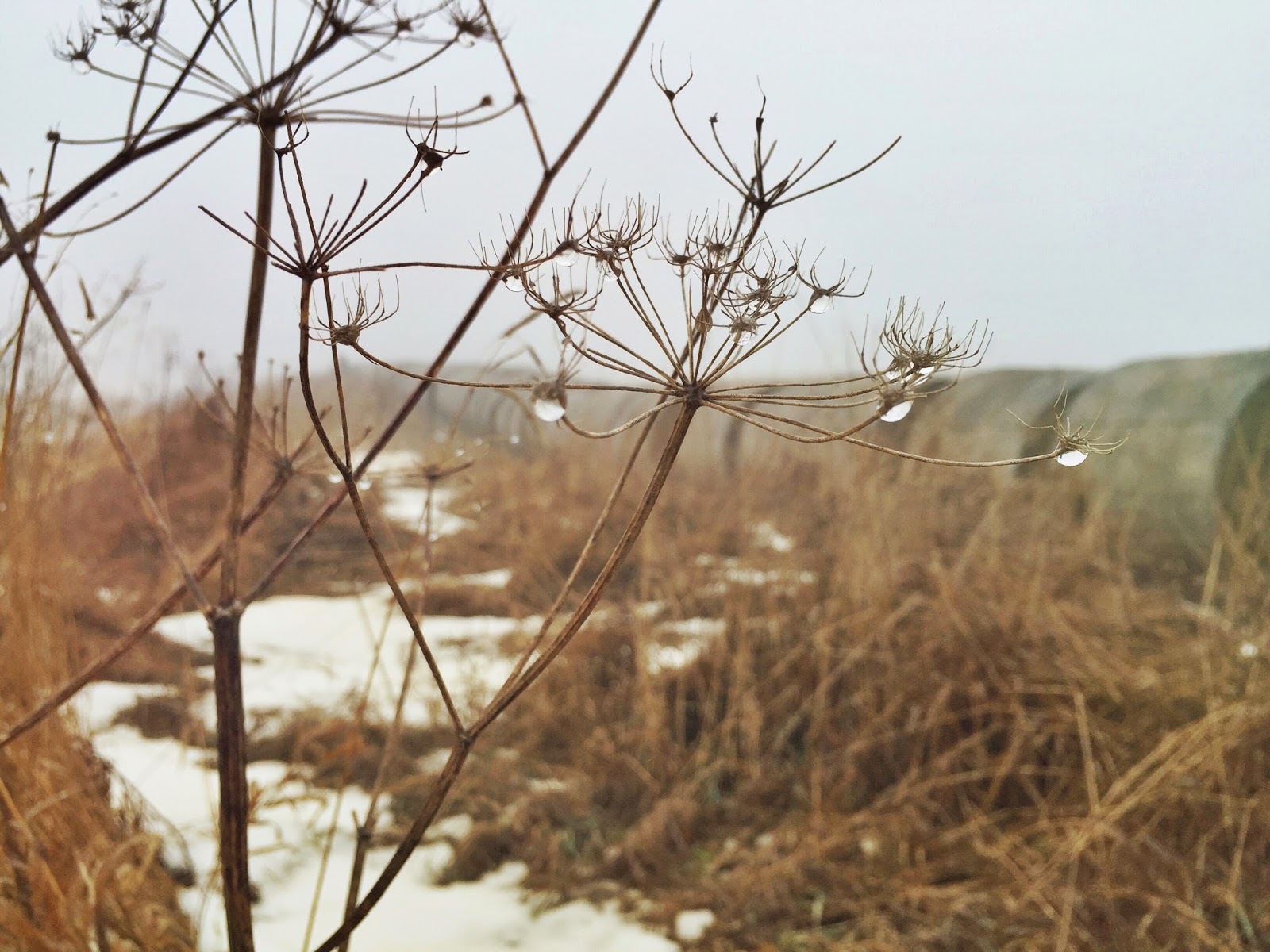 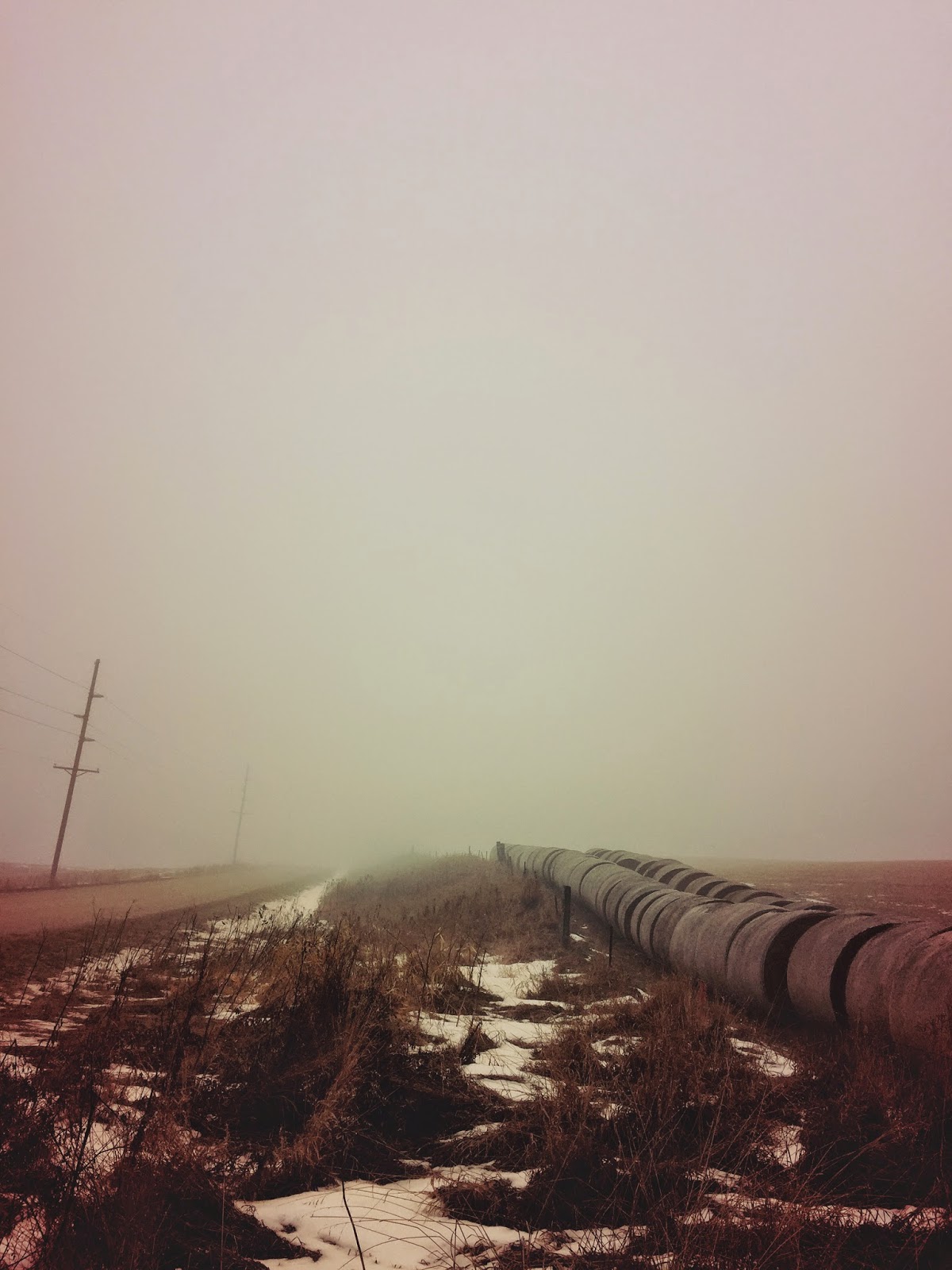 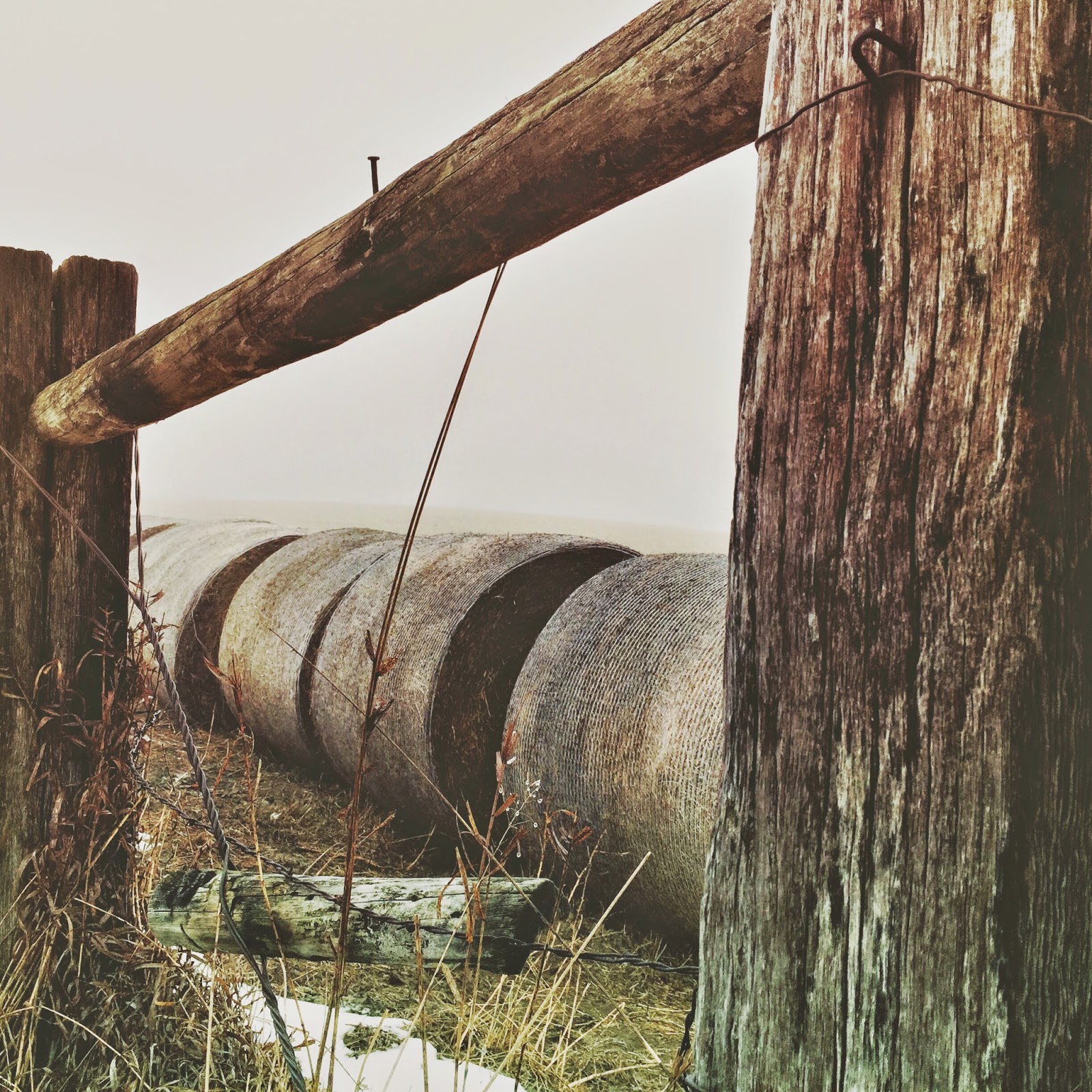 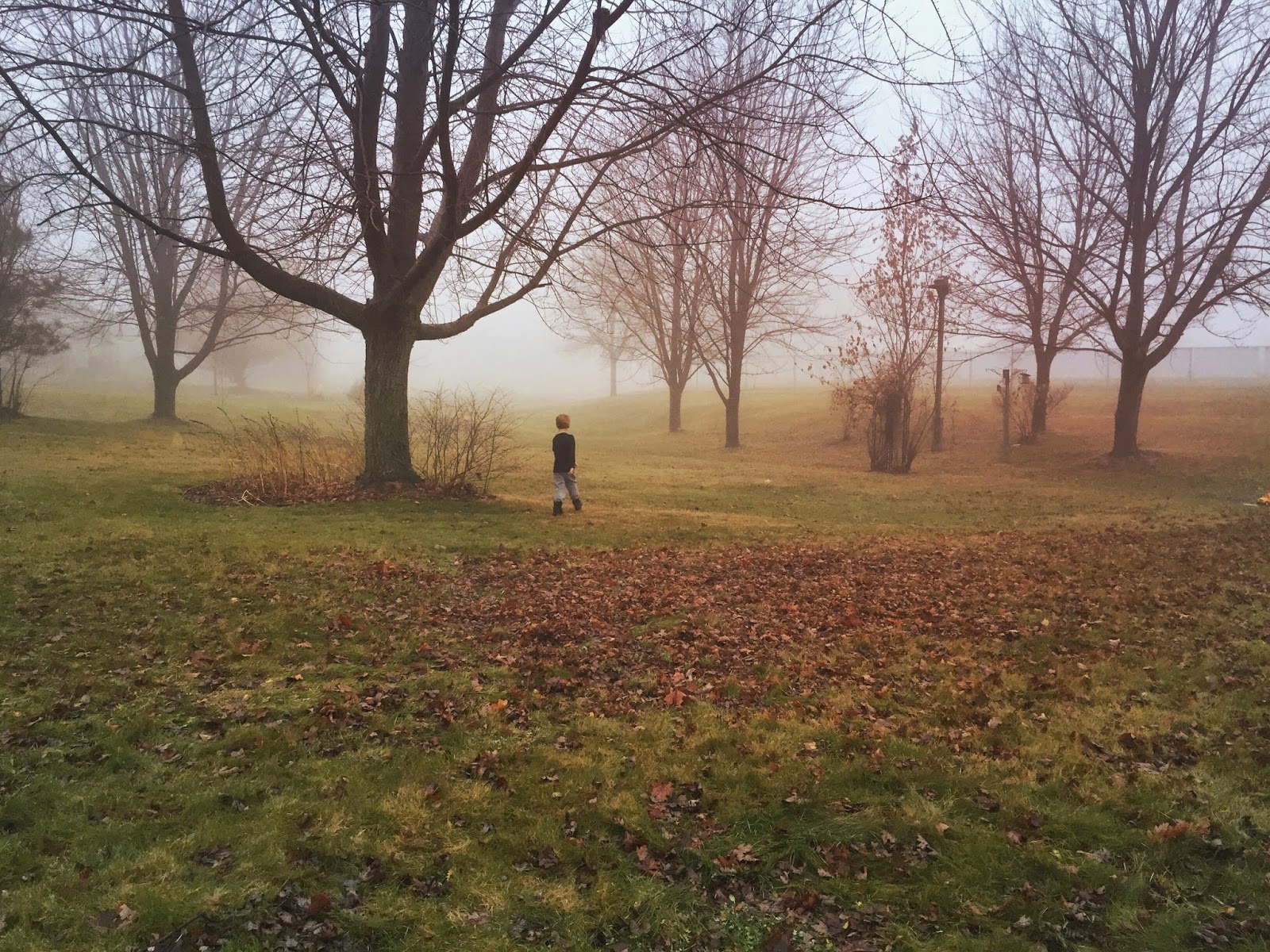 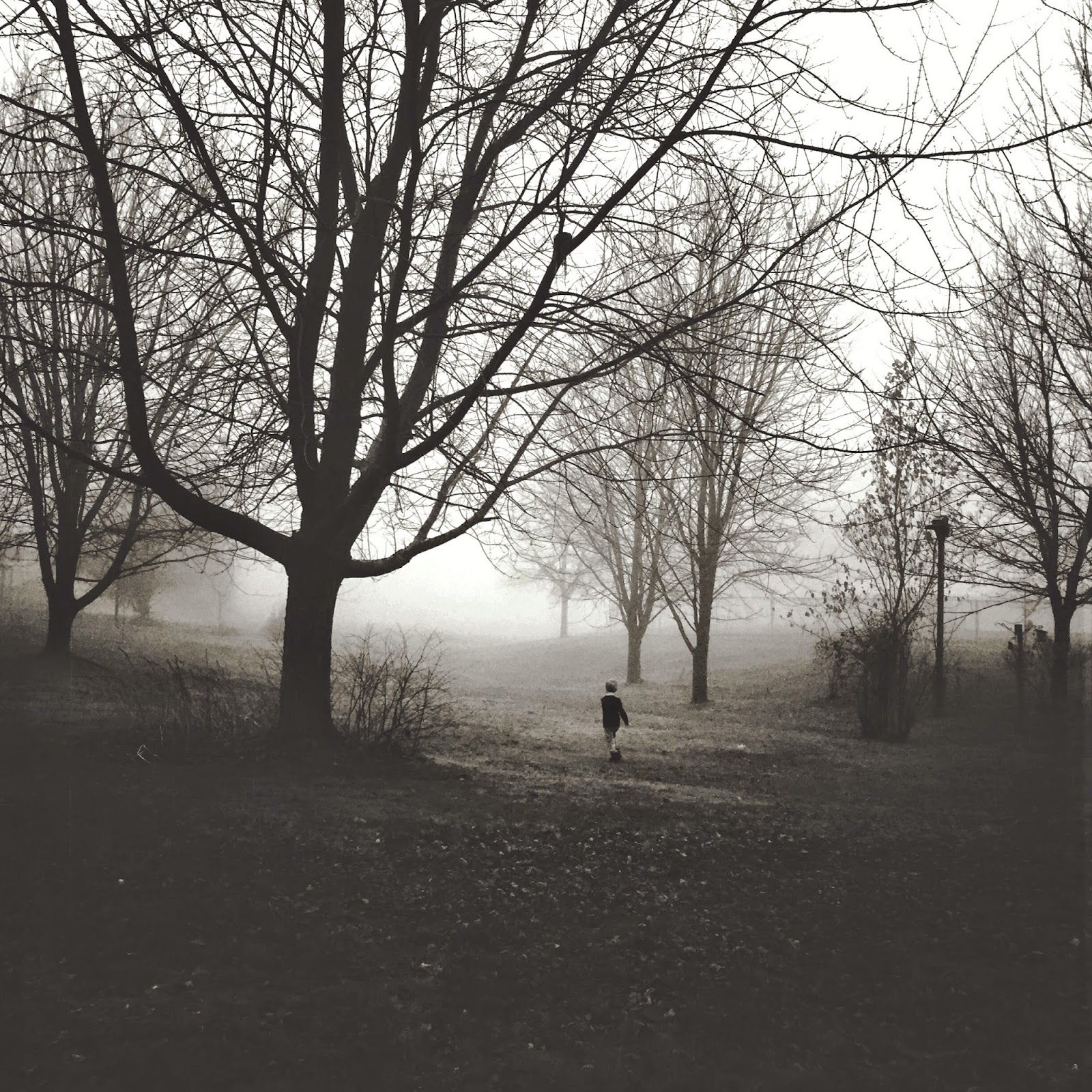 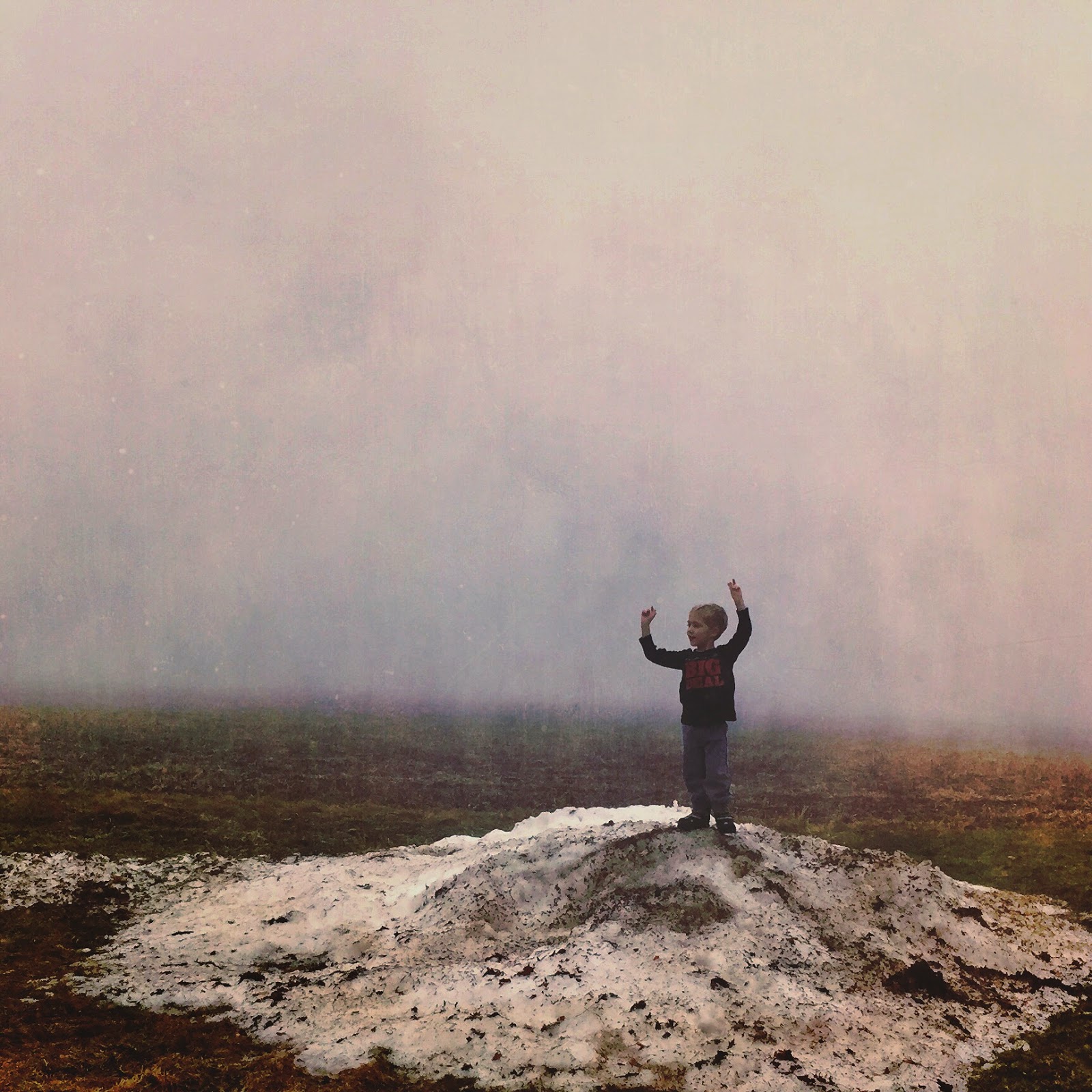 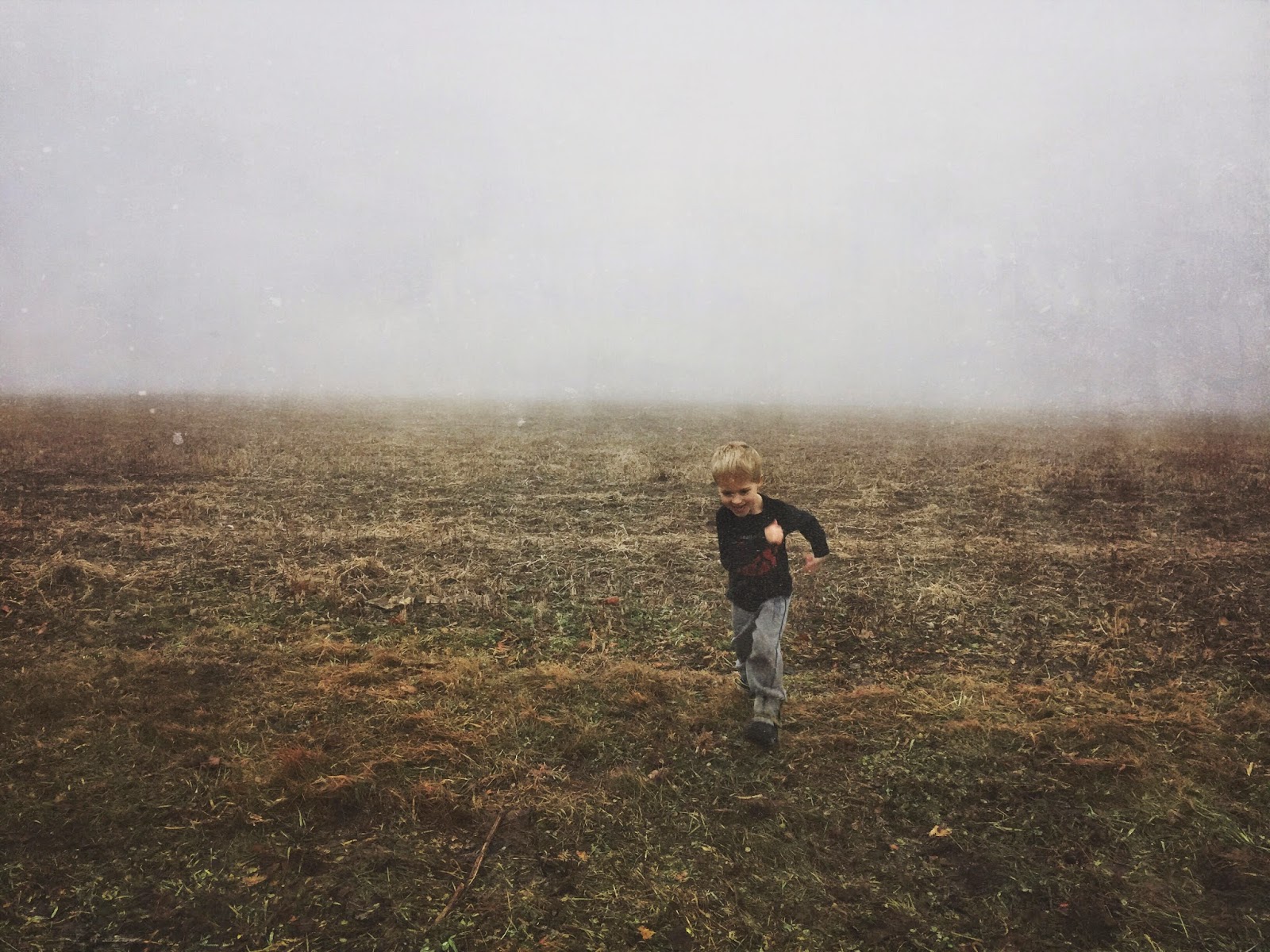 A thick fog descended and cloaked the world with a hazy grayness. The temperature hung in the 40s, feeling more like days ripped out of April rather than December. The early snow that sprinkled Christmas in our hearts in November, melted slowly, leaving only random patches in the browning grass. The boys' outerwear transitioned from thick puffy coats and snow pants and double layered mittens to hooded sweatshirts and thin mittens; and their winter boots replaced with rain boots. Once again, they contented themselves with the big mud puddle in our backyard.

When is Christmas? they ask on repeat. When is Christmas? The advent calendar says mere days remain, but apparently the weather didn't get the memo. I'm certainly not winter's biggest cheerleader, but Christmas without snow or millions of layers to stay warm feels wrong. I'm definitely dreaming of a white Christmas this year. 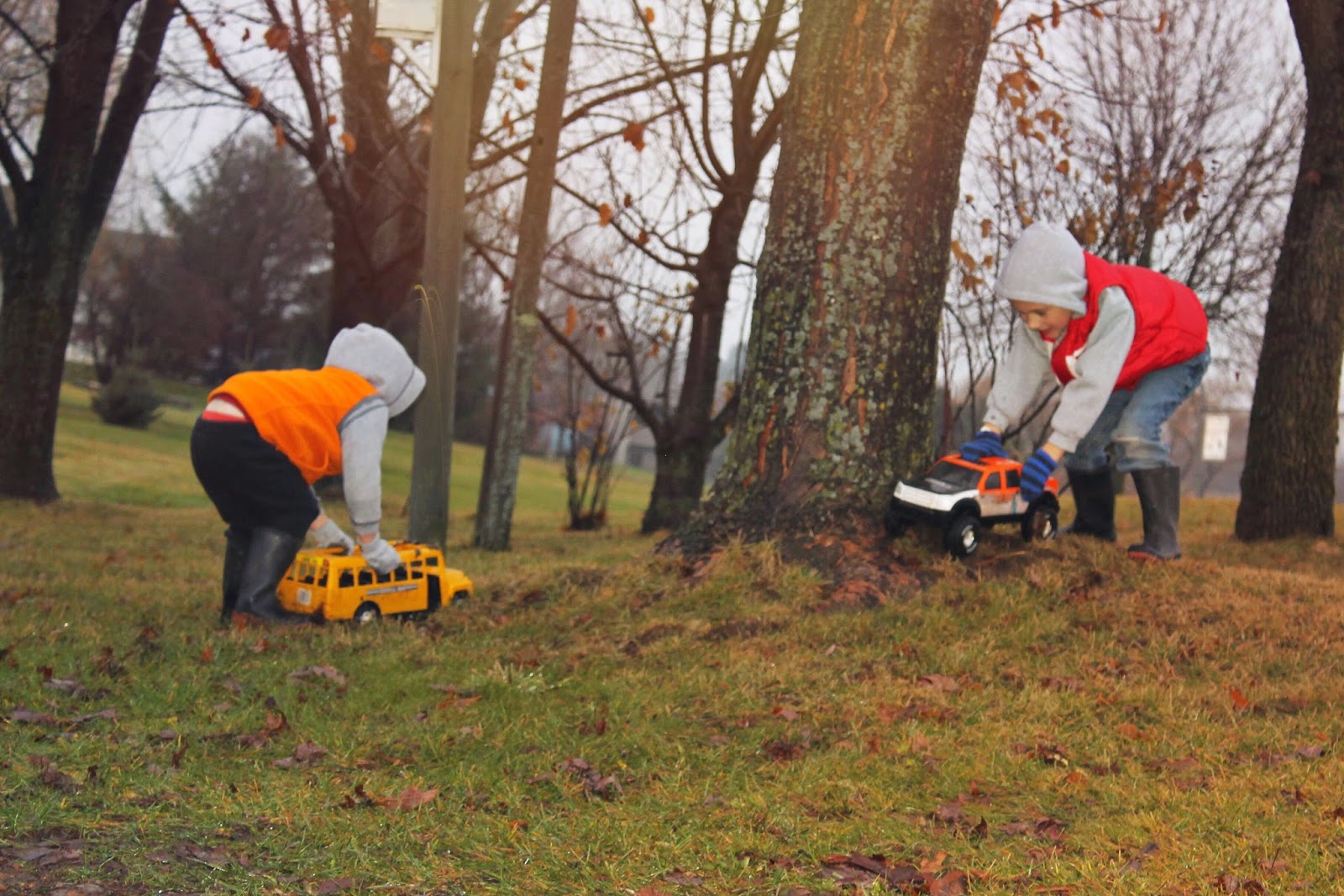 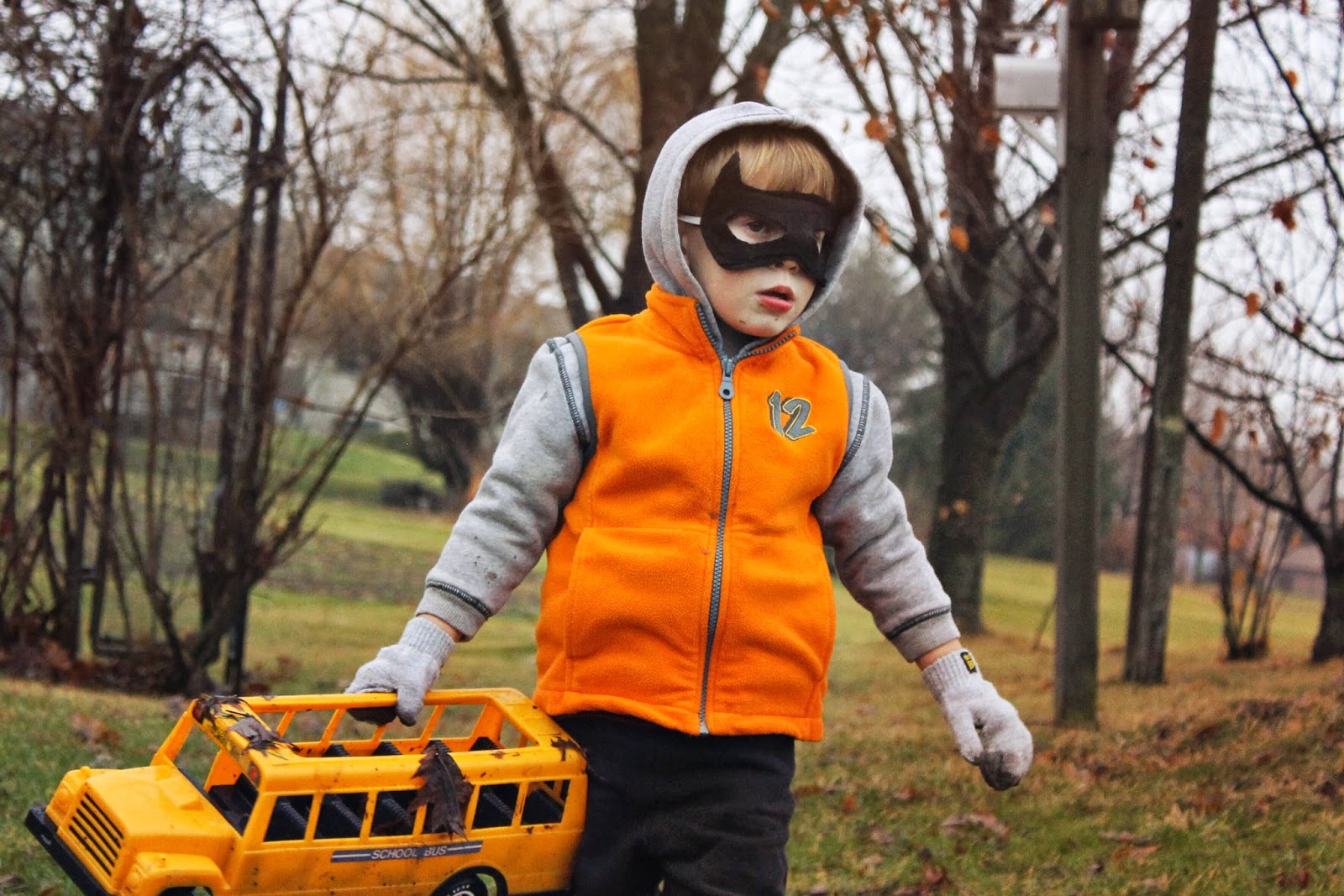 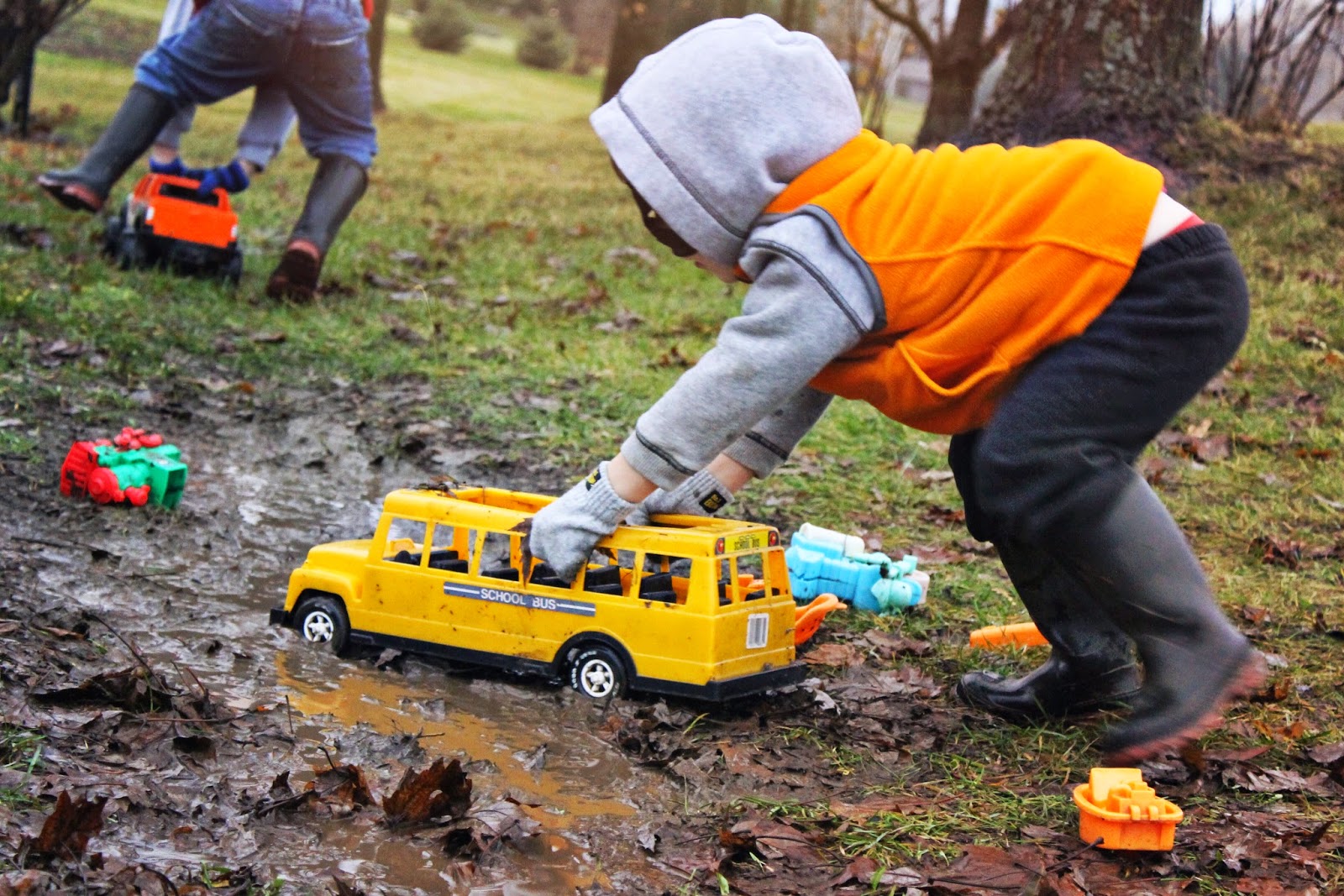 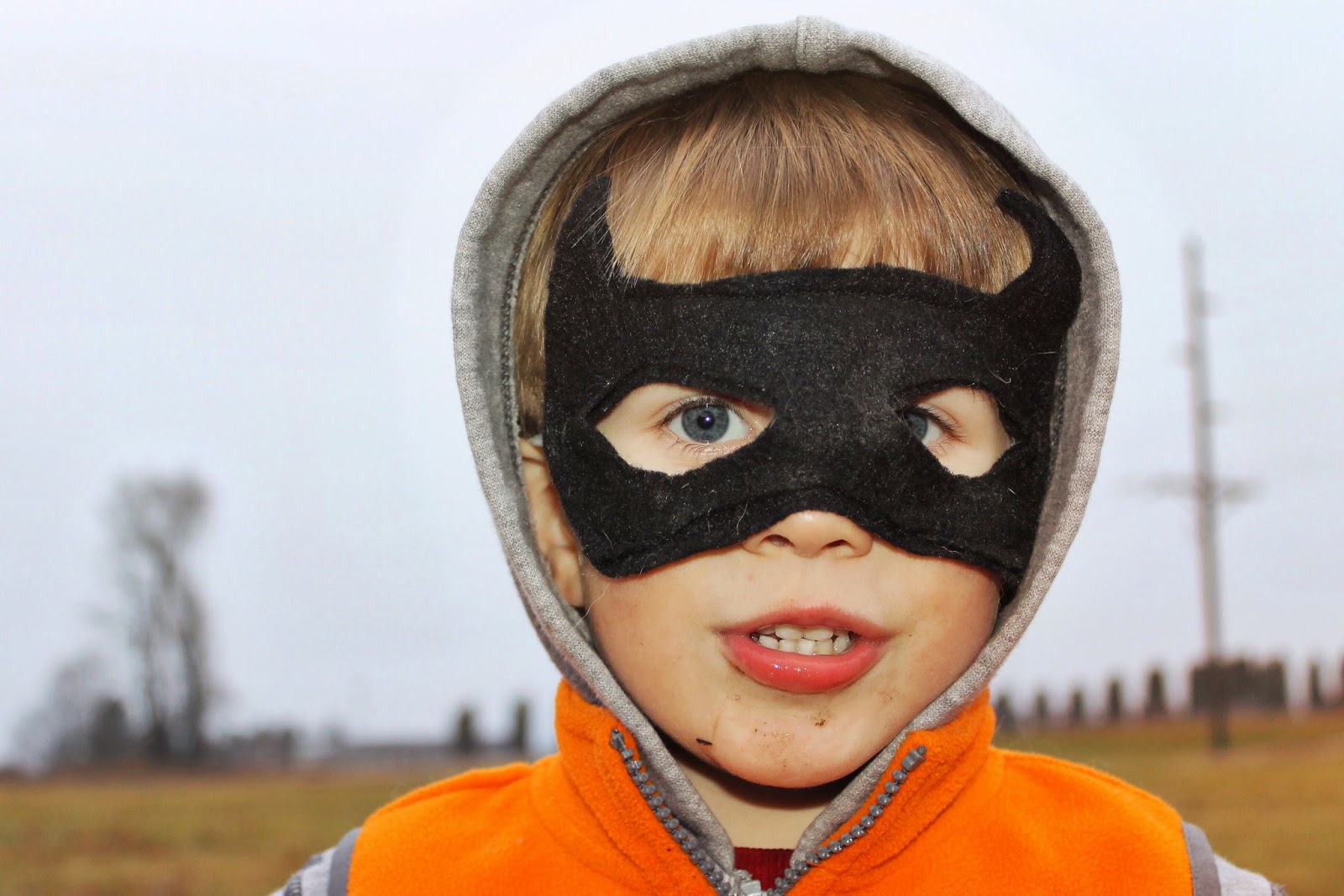 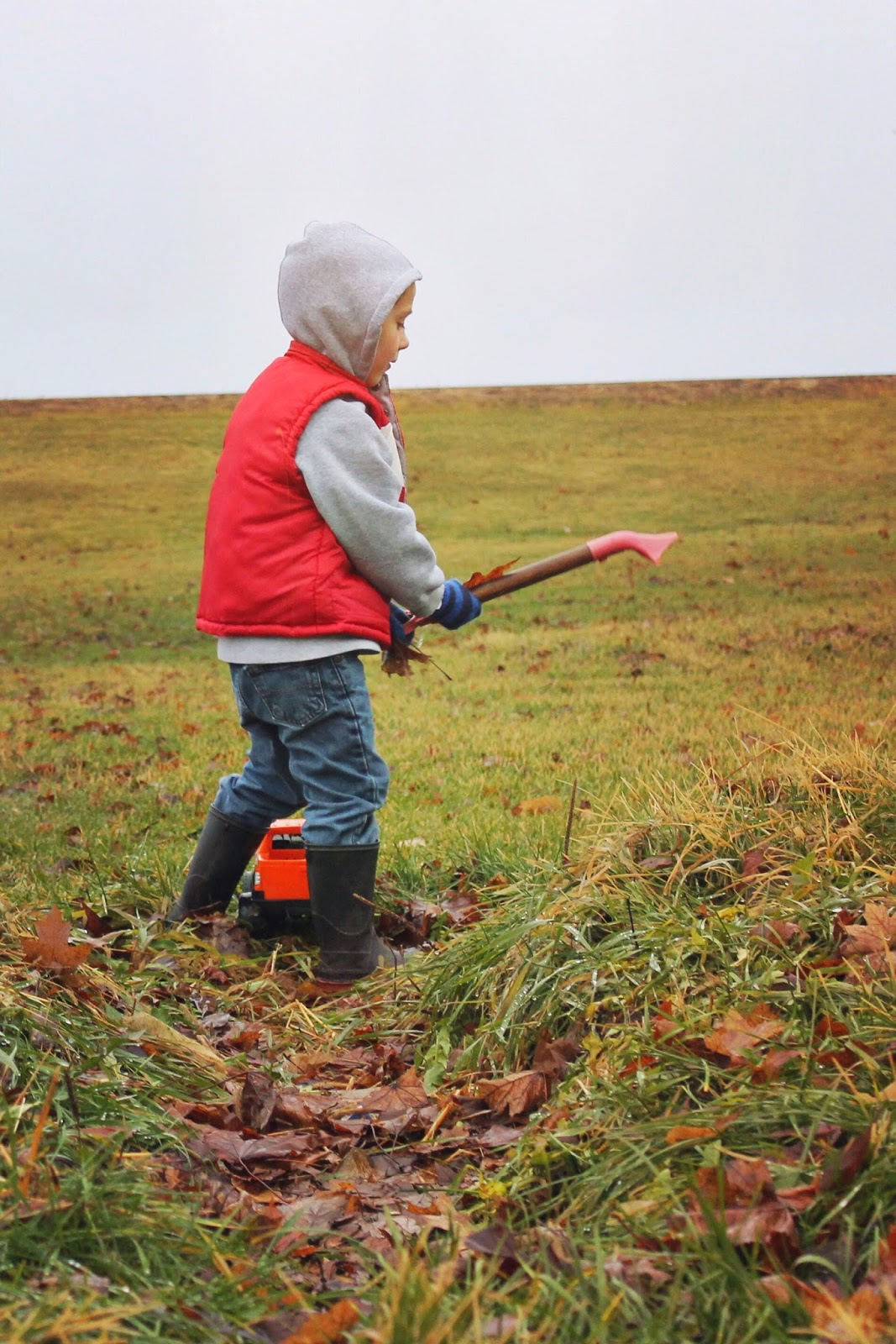 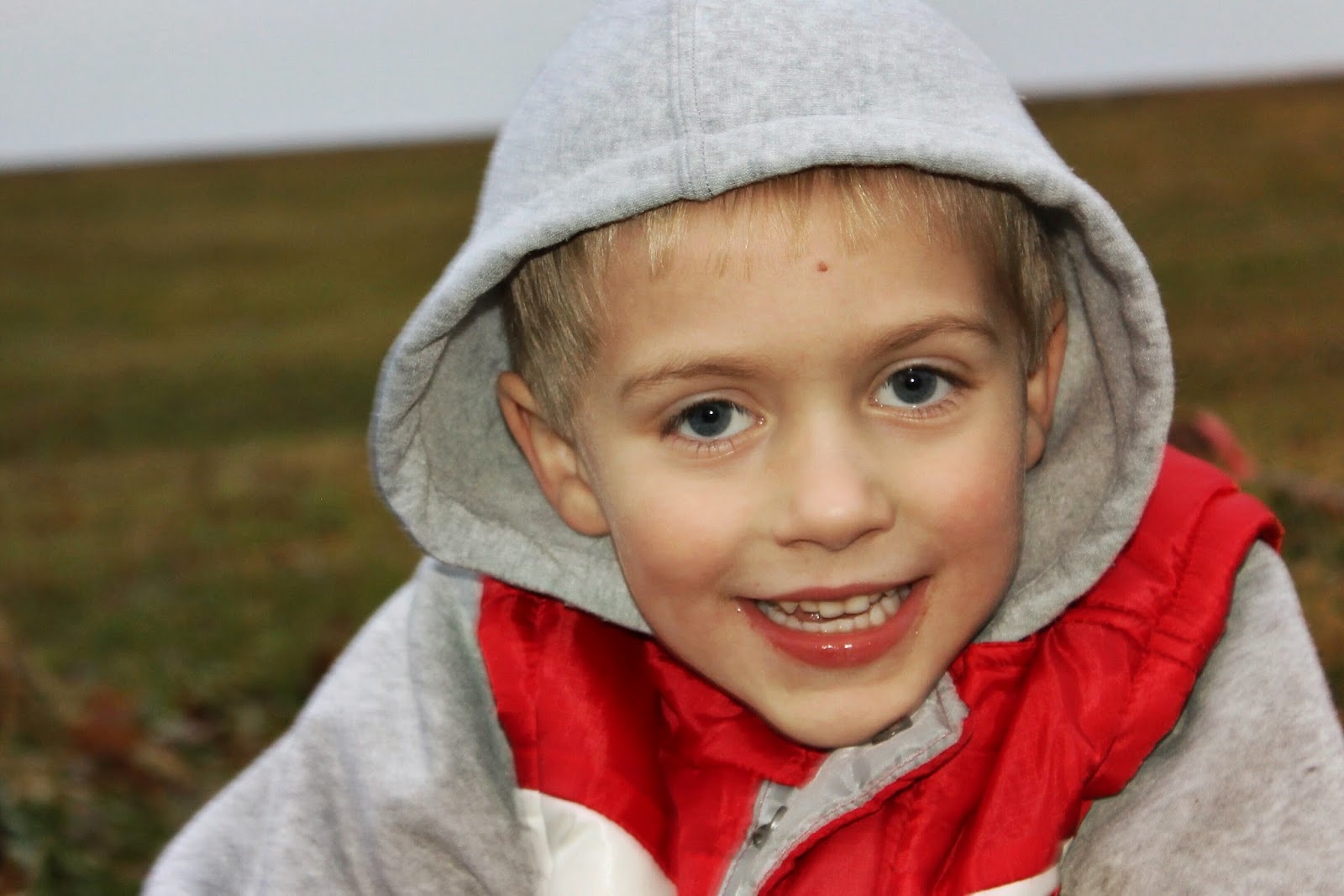 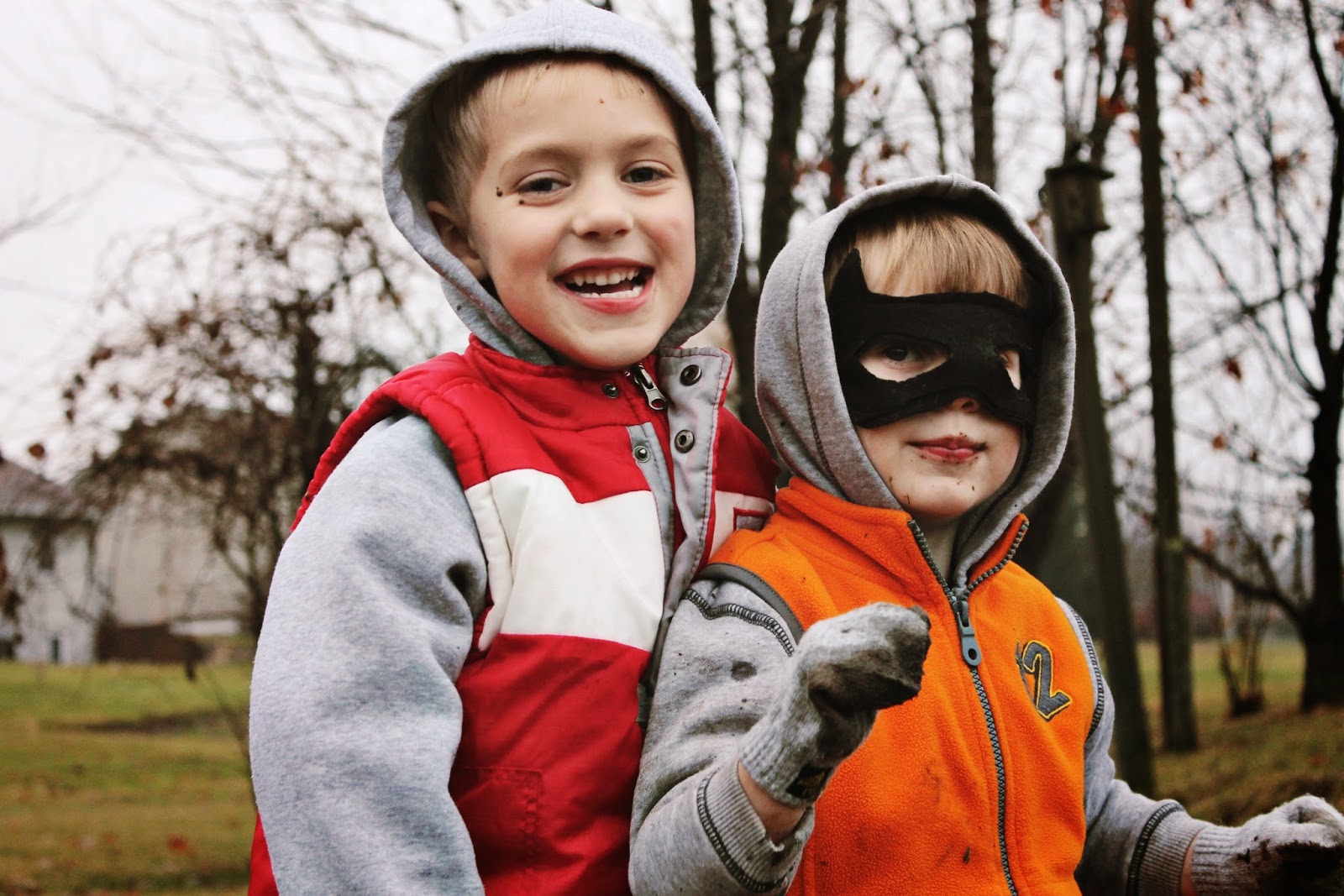 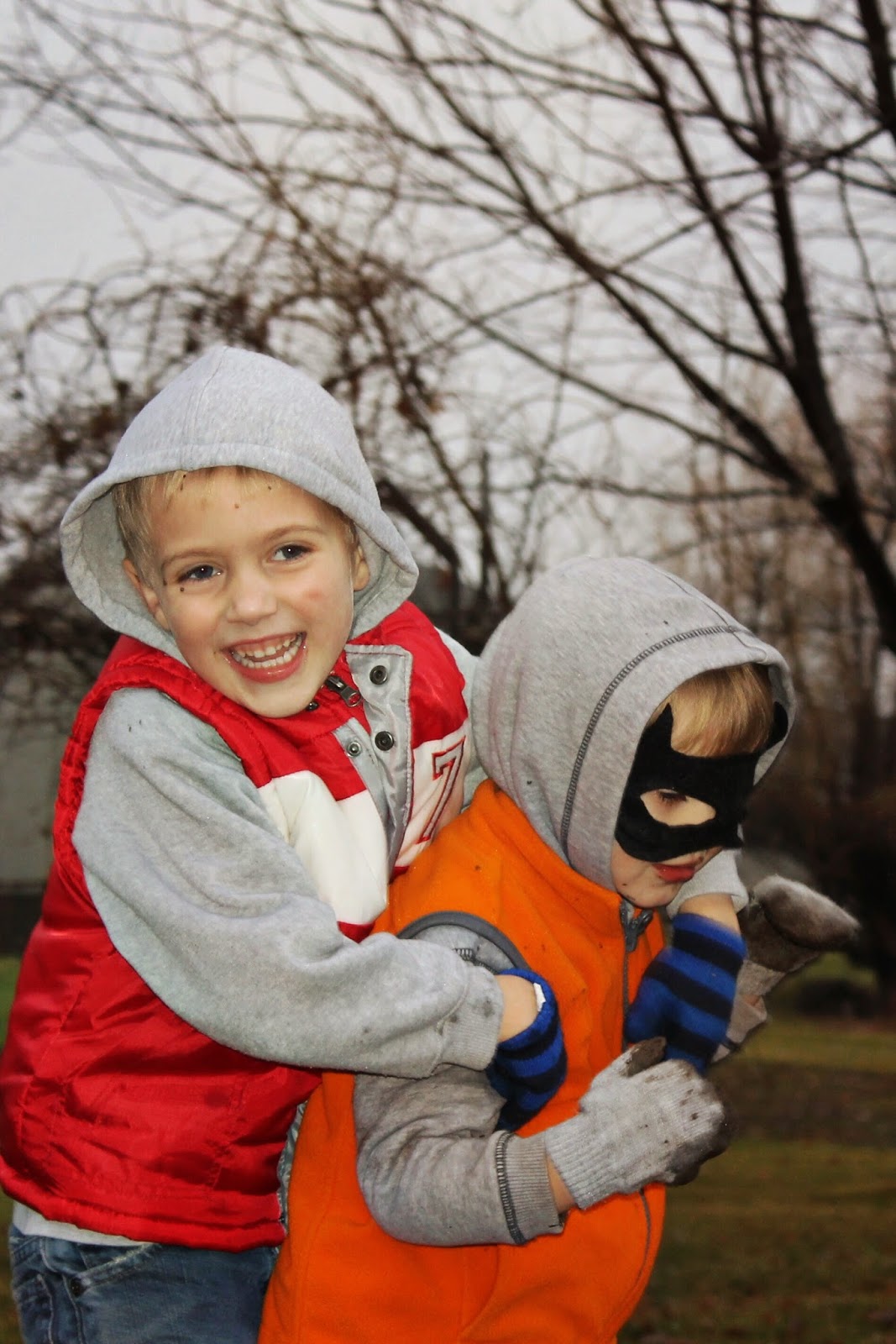 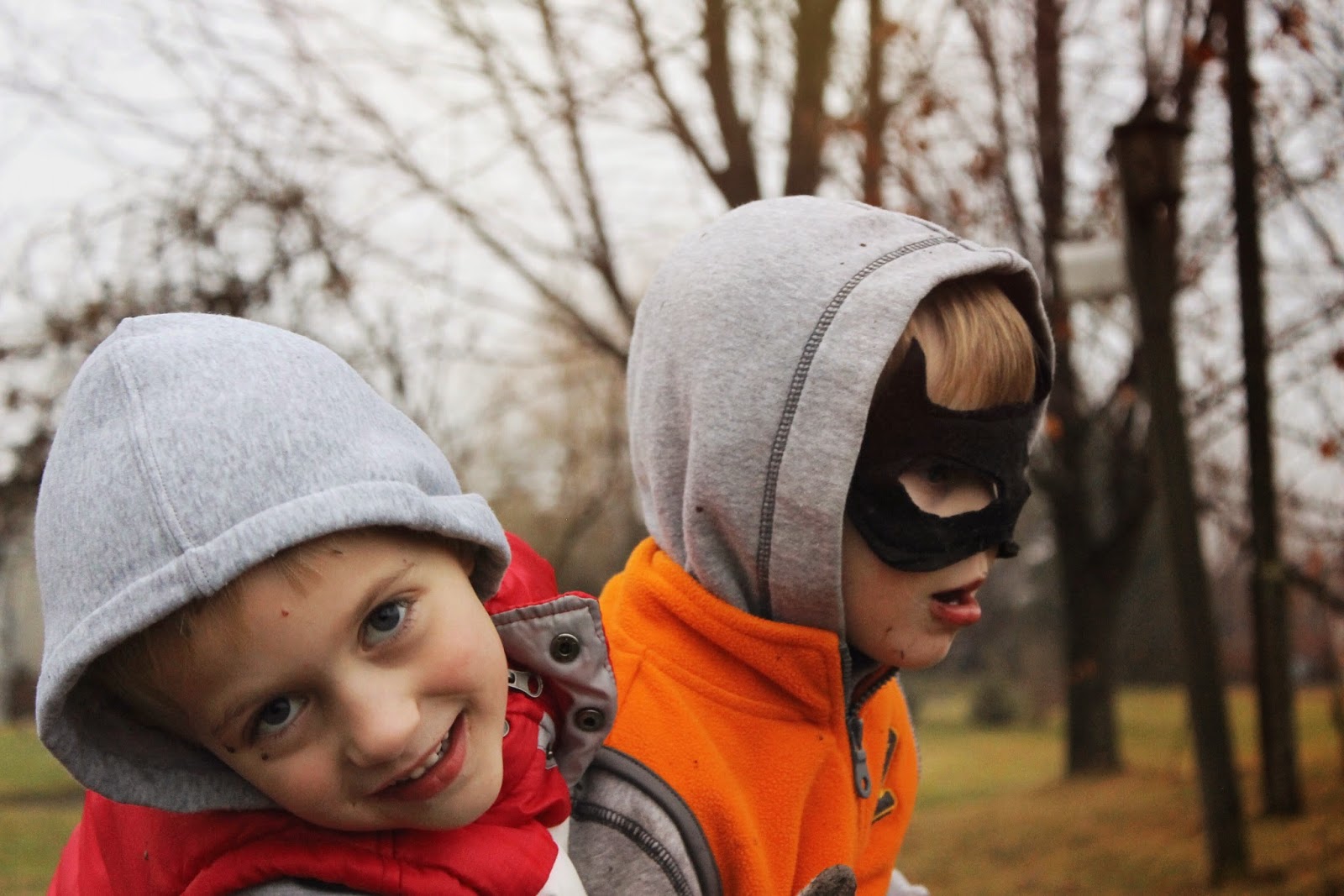 Although the weather isn't on board with the holidays, we've still been busy readying ourselves and enjoying our favorite activities. Spencer's third and final preschool program was last week. I remember his first time ever crawling onto the stage and looking out at all the families. He was a small three-year-old, tears streaming down his cheeks, searching for my face in the crowd. I desperately wanted to rescue him, save him from his own discomfort, but he warmed up once the first song started and was smiling by the last one. Now, a few short years later, a five-year-old Spencer hams it up on the stage, belting out the words he practiced at home for weeks. This year he sat in the back row, his face hidden behind the large paper hats, and it was me searching for him. He stood up--his body standing above his classmates--waved big and yelled, HI, MOMMY! He rarely needs me to swoop in and rescue him anymore. The once timid kid is maturing into an outgoing boy.

We had another quick visit with Santa at the preschool program. As we waited in line, I knelt down next to the boys and whispered, Is this the real one or just a helper? Spencer immediately answered that it was a helper, but Ashton stared at the man perched on a chair in front of a festive backdrop, contemplating the question for a while. Finally, he said, It's the real one but he cut his beard. 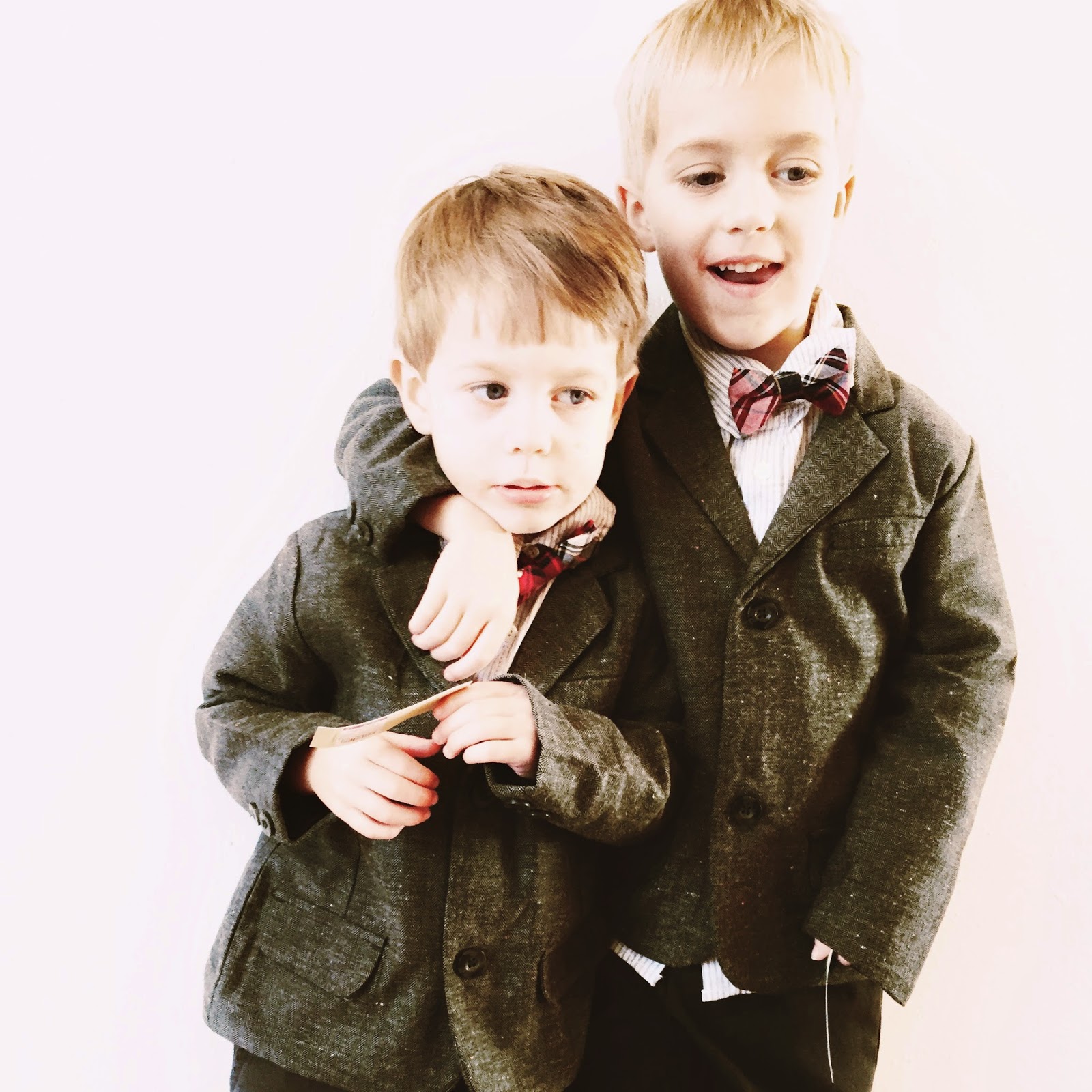 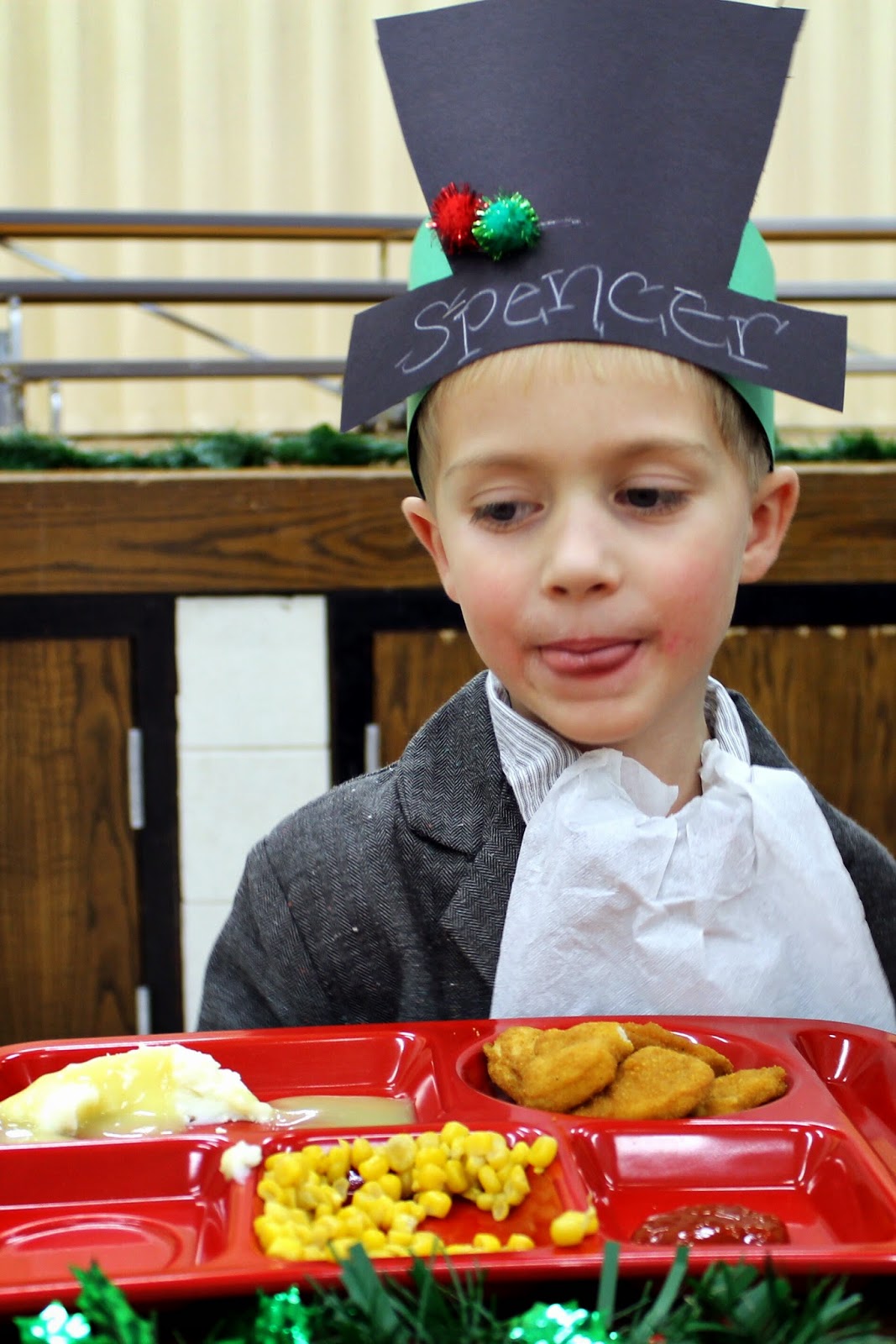 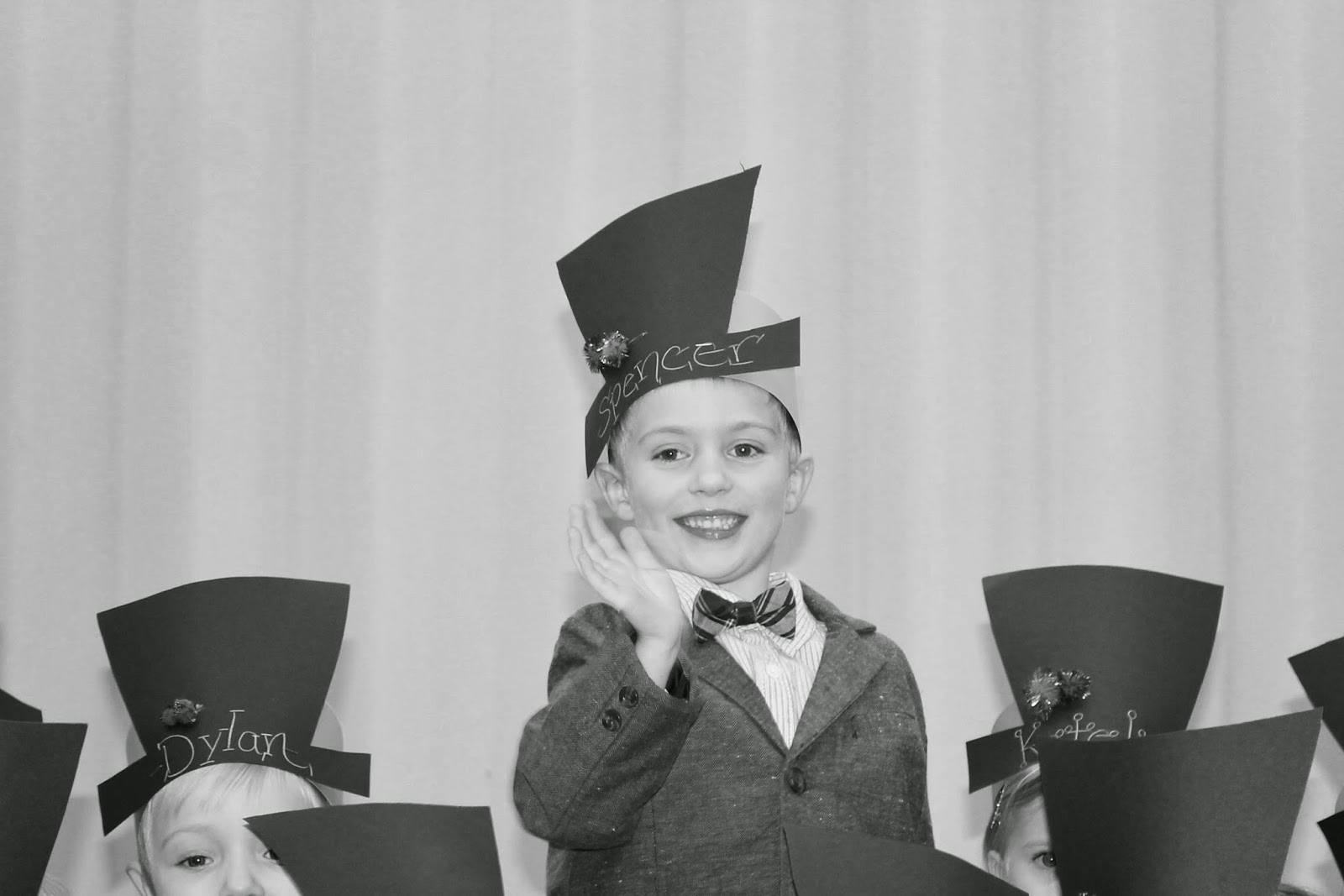 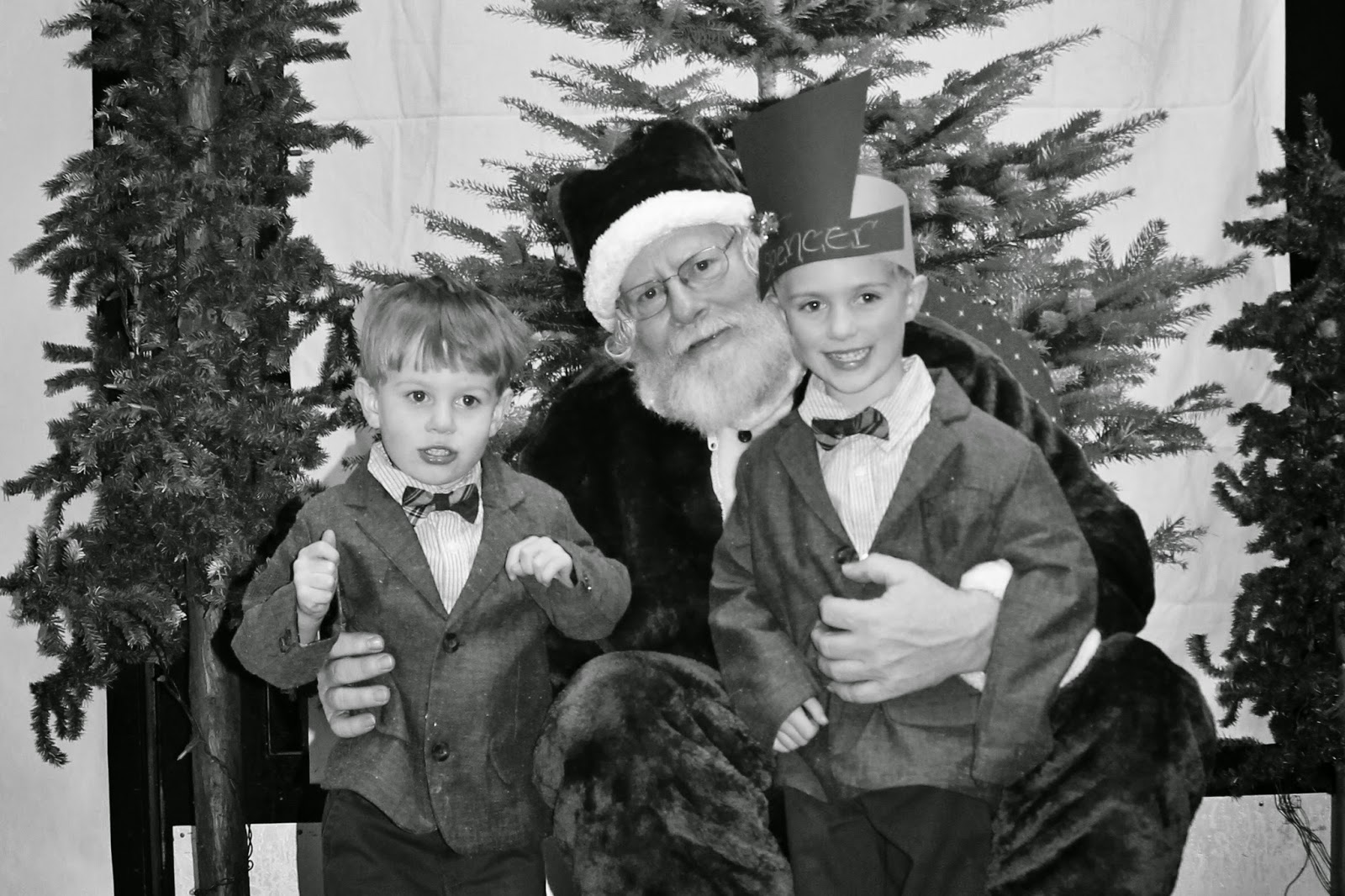 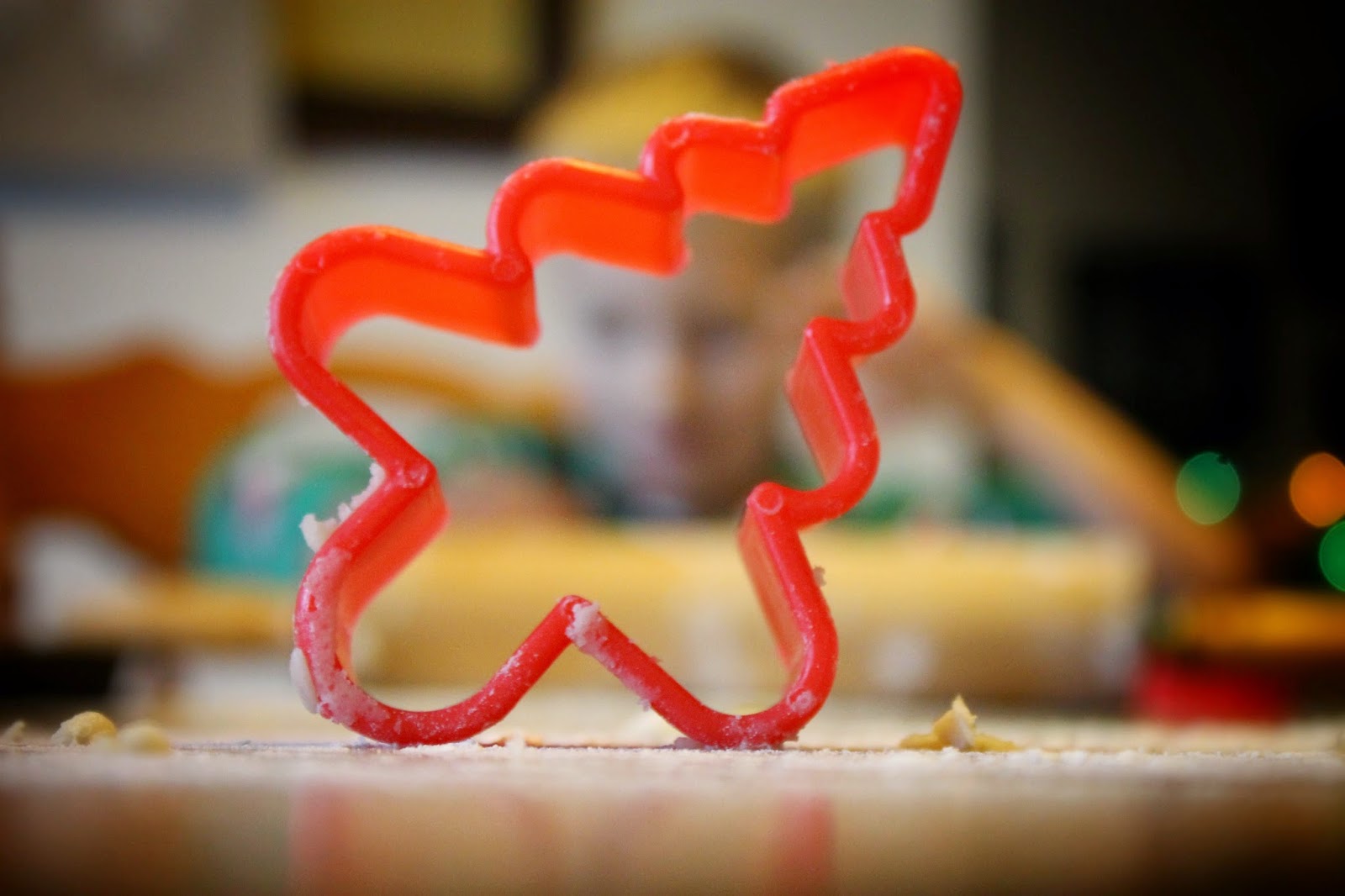 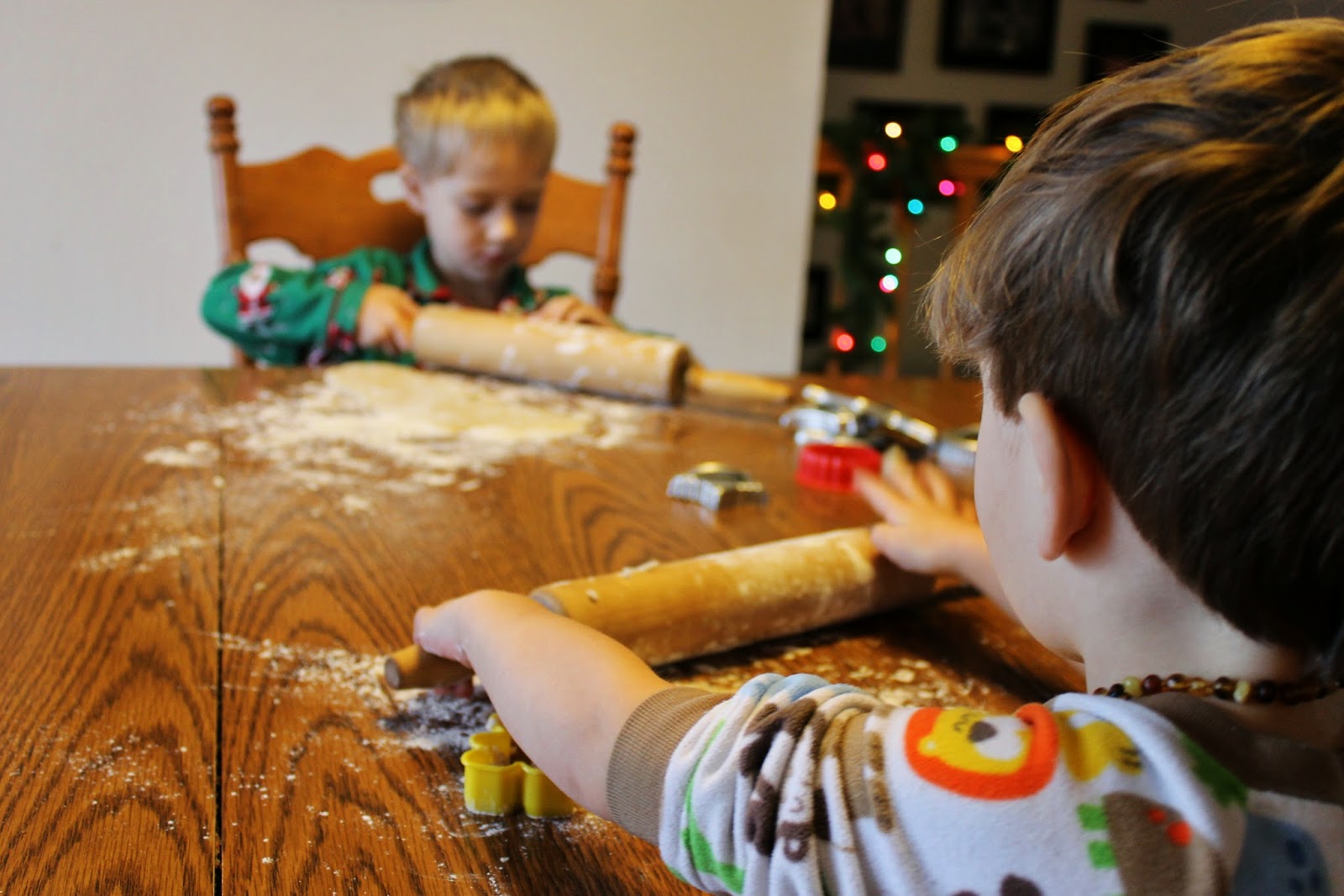 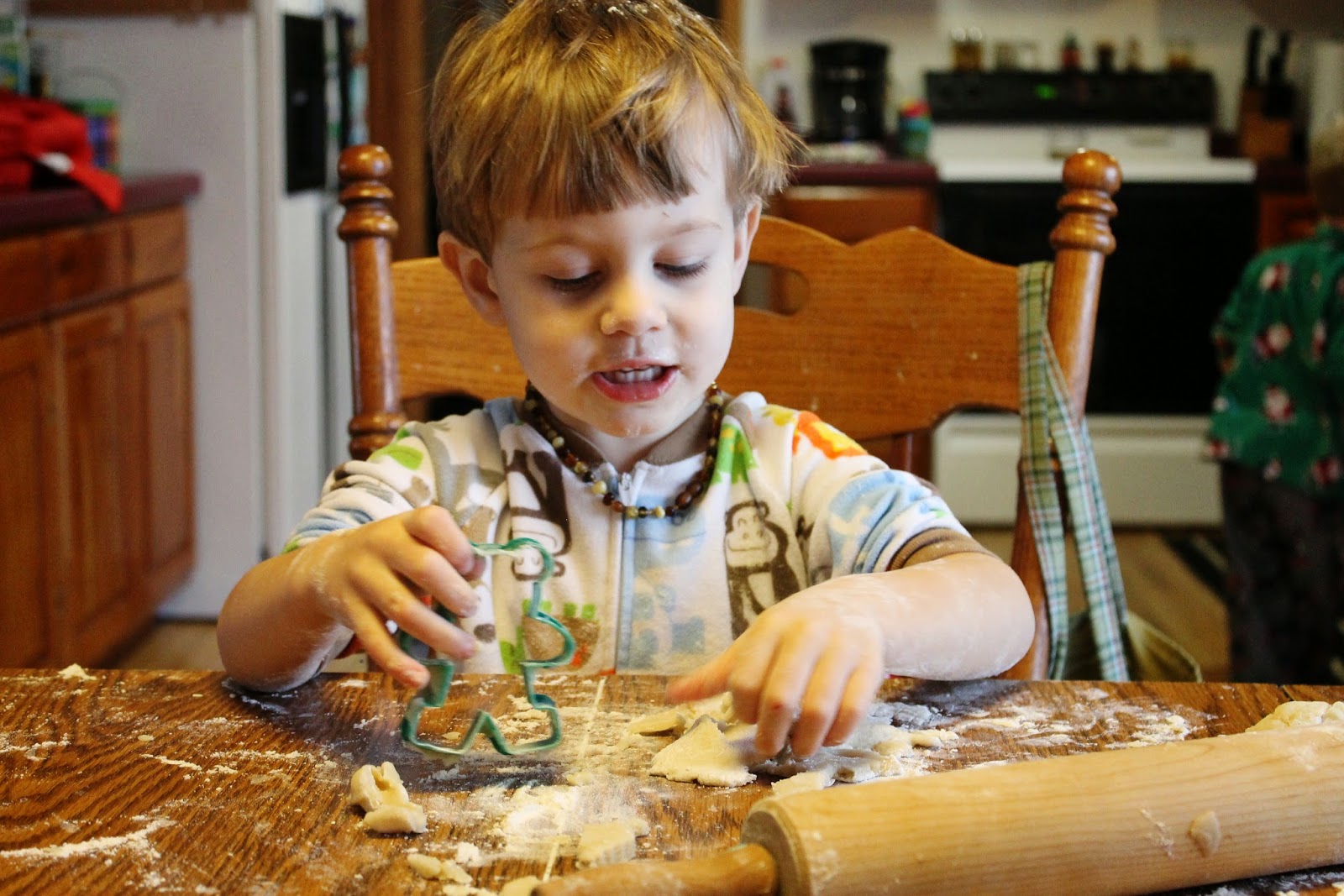 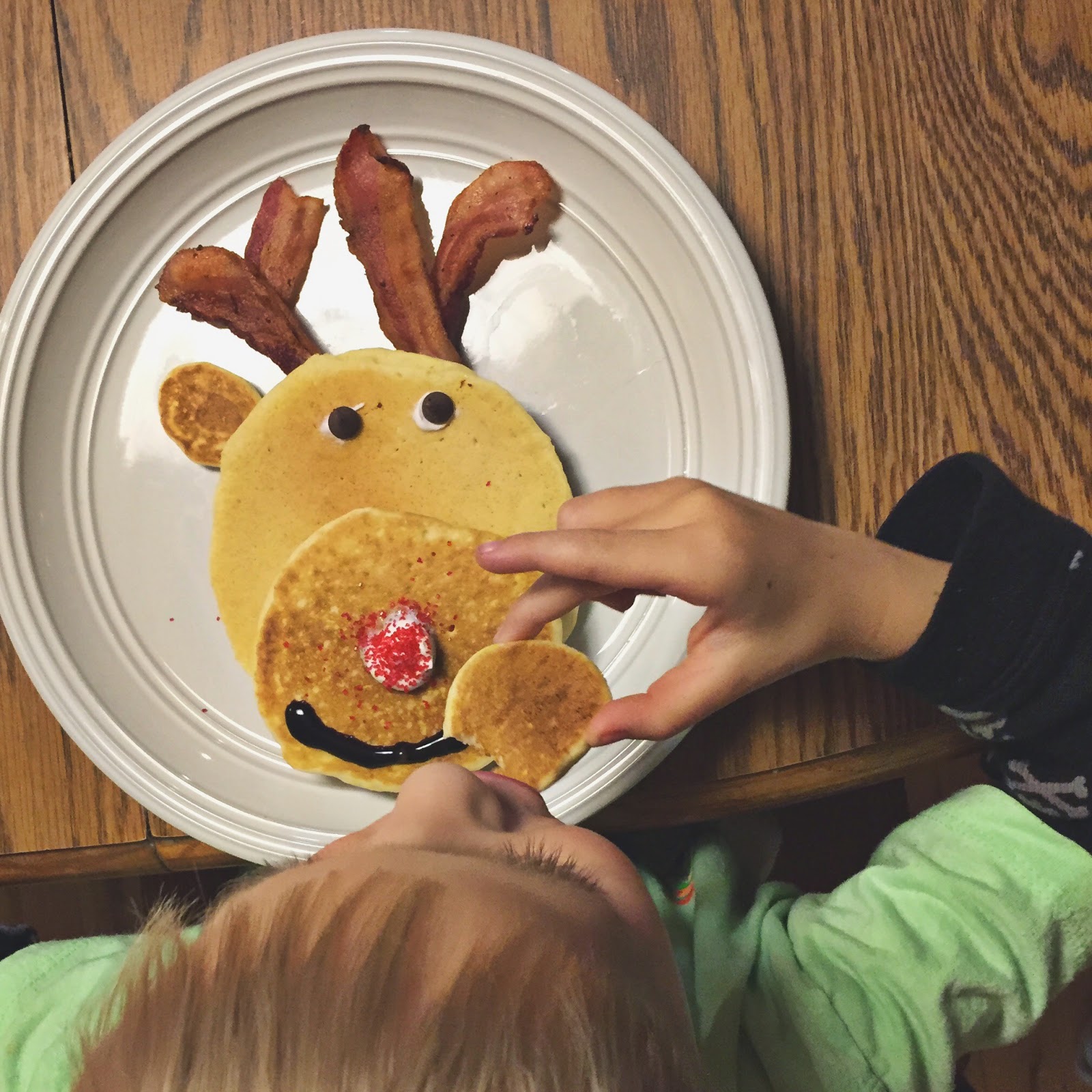 The church program was this past weekend, and as always, my face hurt from smiling so big. Ashton watched from the pew for the last year as his big brother stood in front of the church and sang his little heart out, in bursts of really loud spurts or extra long notes. Spencer is the kind who moves his mouth randomly to the words he can't remember, but gives it all to the ones he knows. Dave and I exchanged amused looks as we laughed into our hands.

We've also been crafting holiday projects, baking cookies, and eating Rudolph pancakes. But, best of all, we made a caroling video. I must have watched it a million times by now. It makes me smile each and every time.

Merry Christmas and Happy Holidays from my silly family to yours!

Posted by The Mahlke Chronicles at 8:13 PM

Email ThisBlogThis!Share to TwitterShare to FacebookShare to Pinterest
Labels: christmas