"I'll love you forever,
I'll like you for always,
as long as I'm living
my baby you'll be."
-Robert Munsch 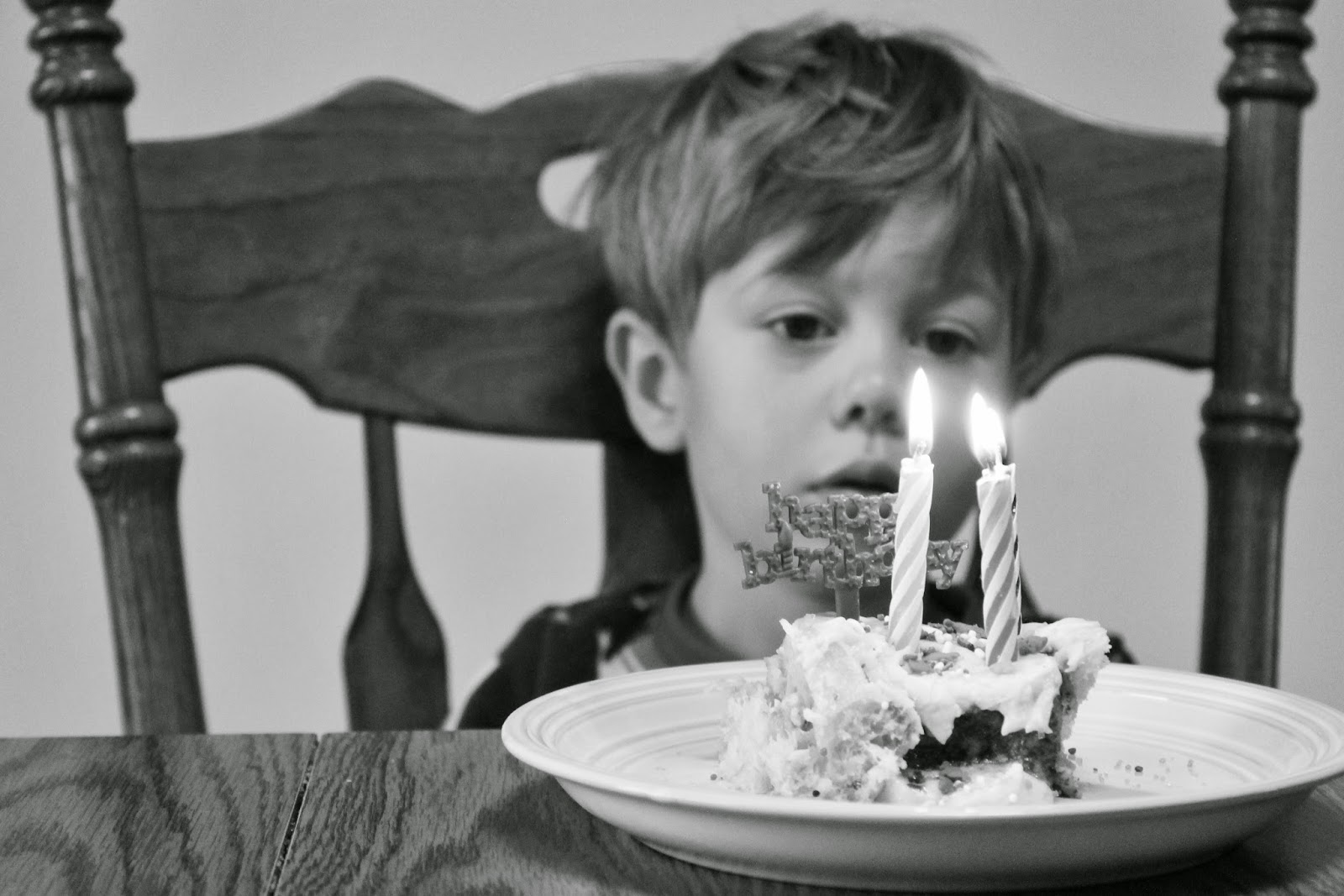 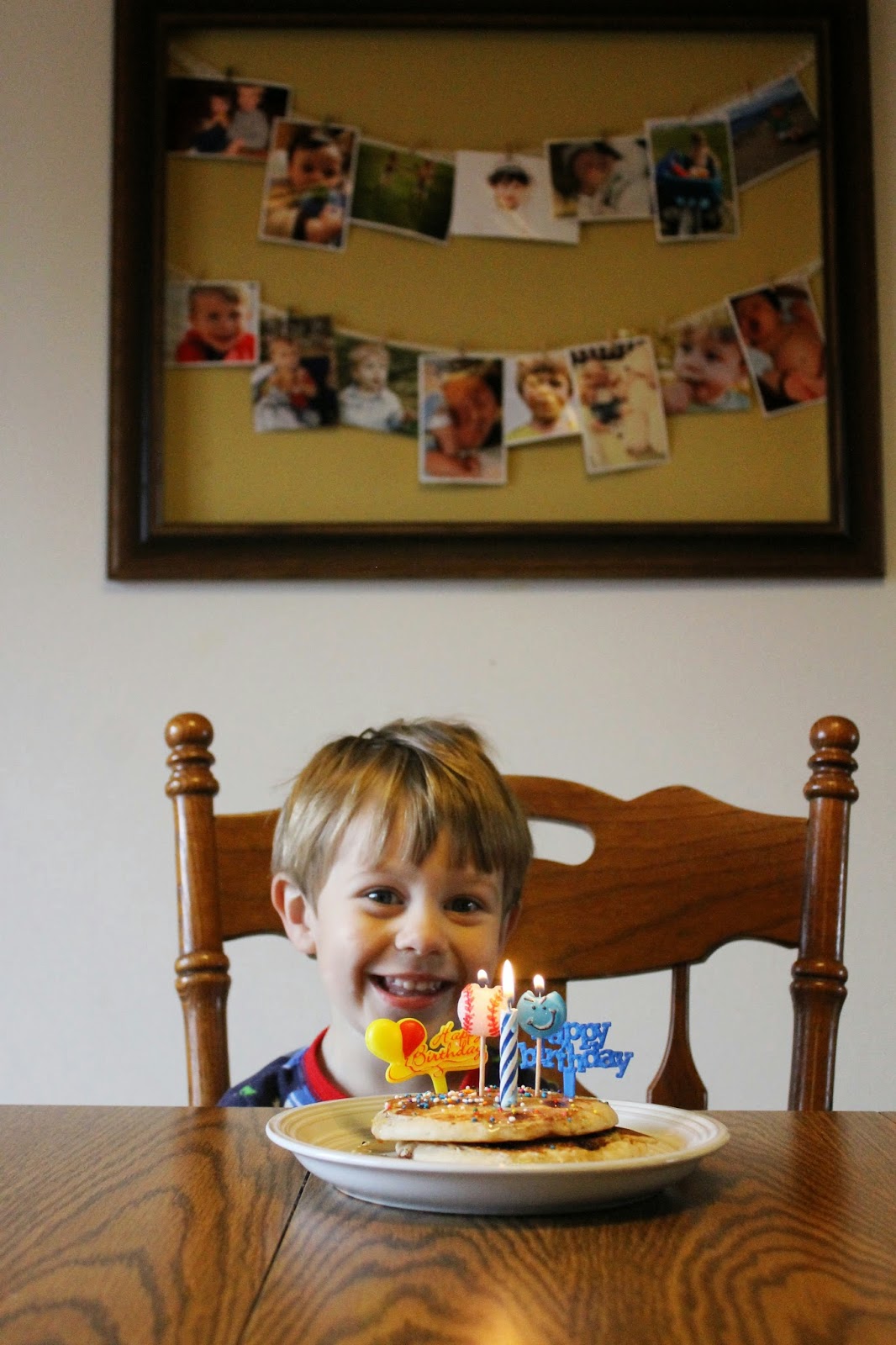 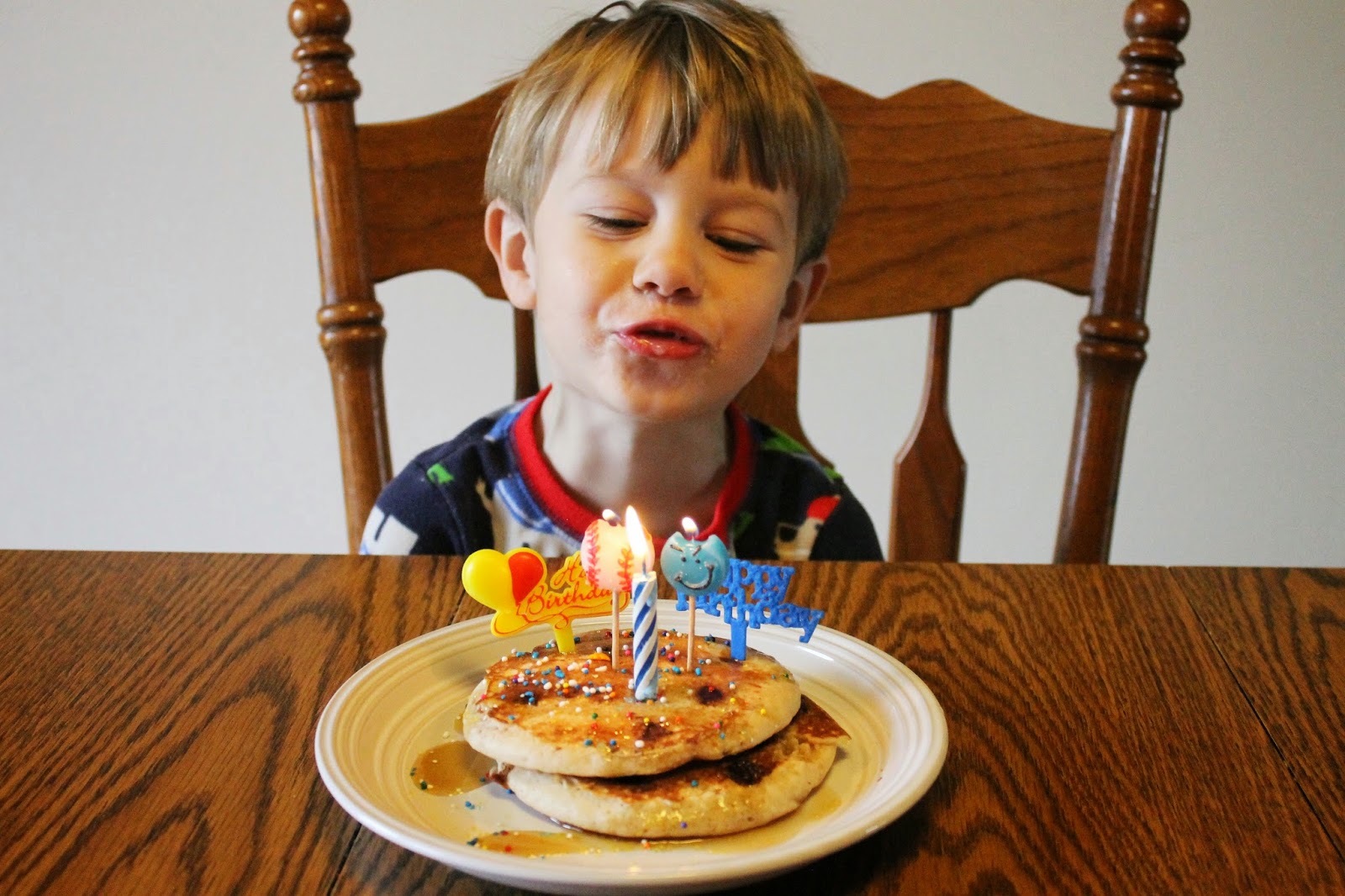 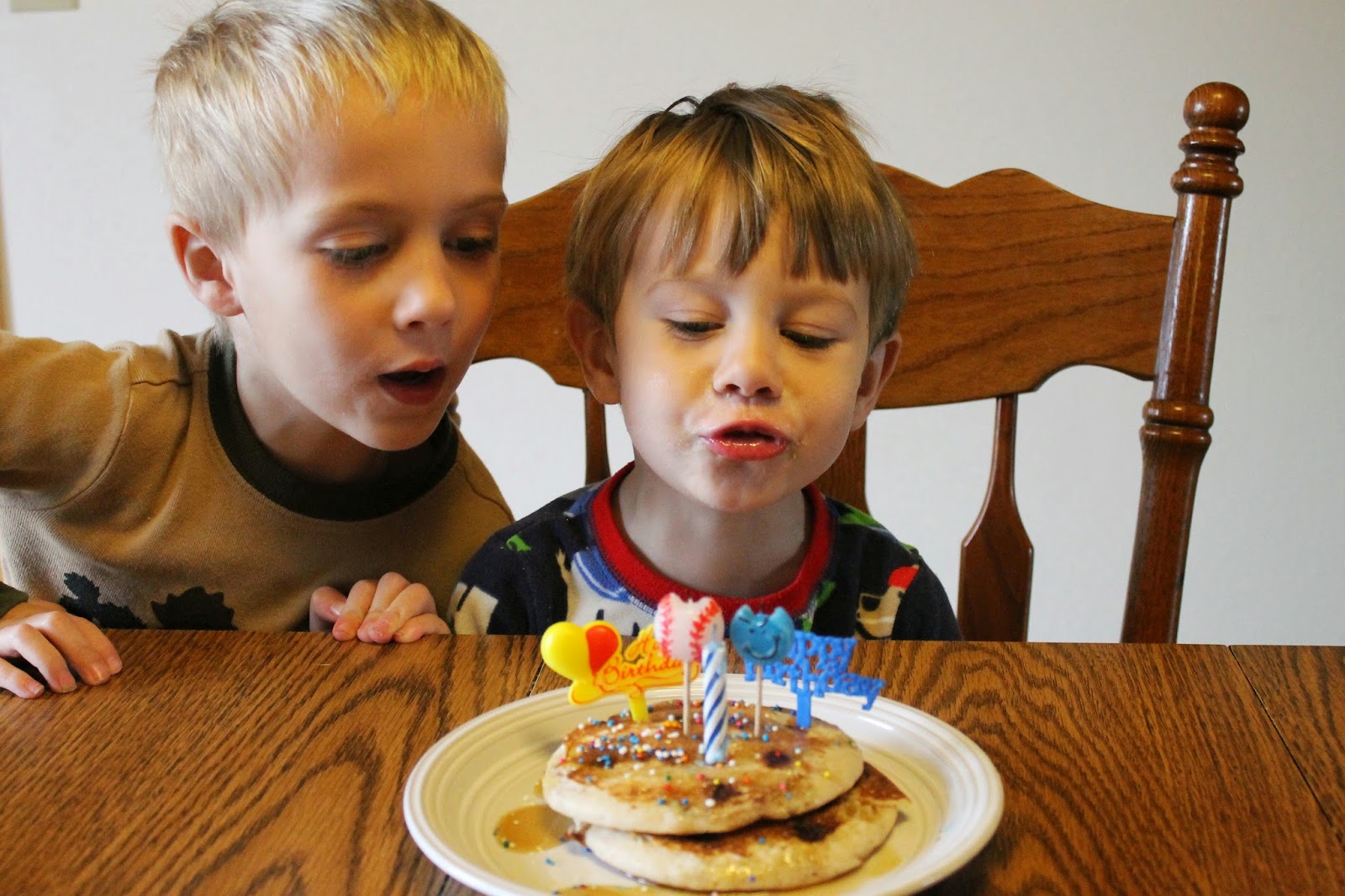 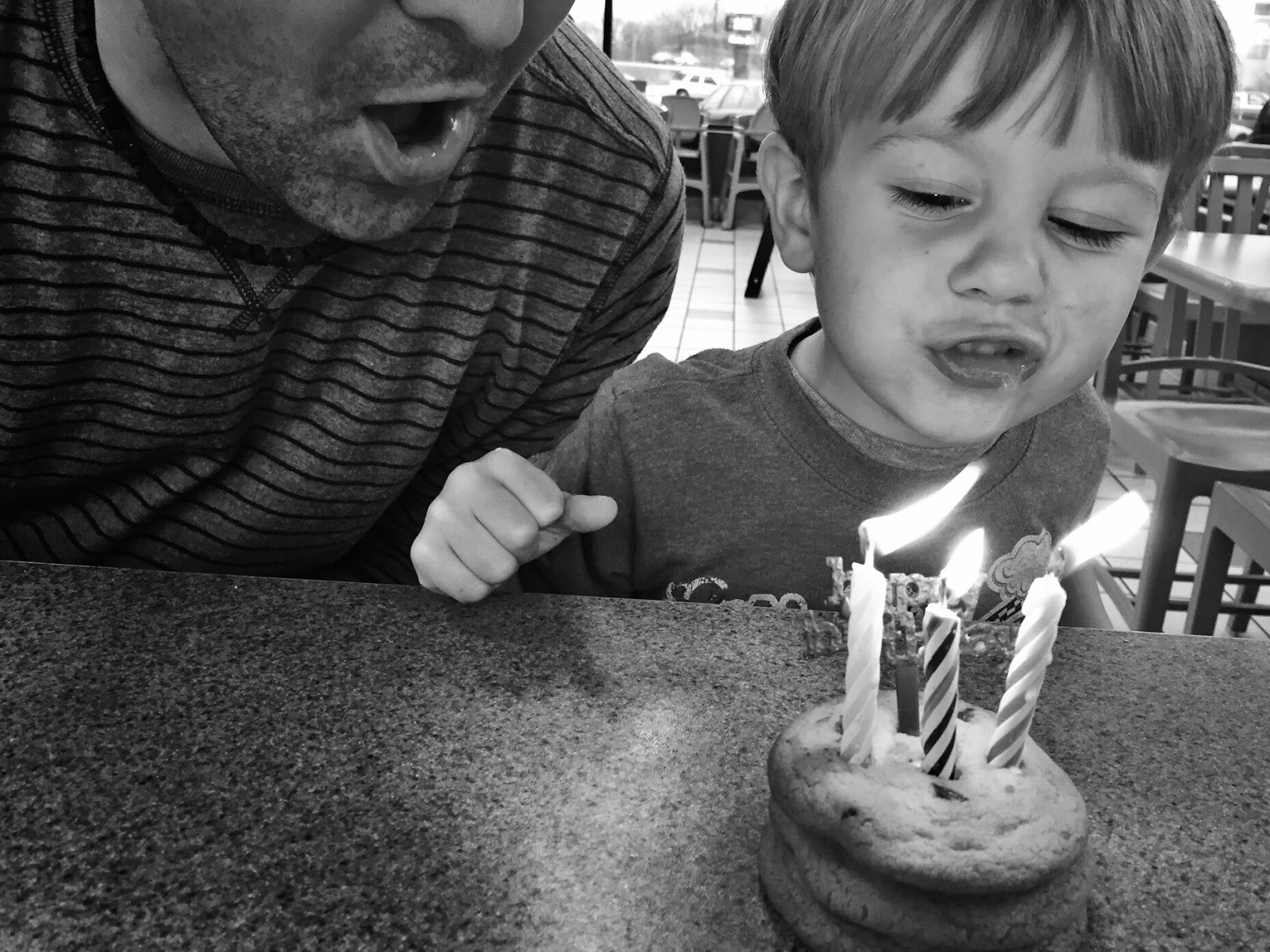 The theme in this house for a long time now is that Ashton is most definitely not growing big. He's adamant that he is still a baby, and he resists anything to do with growing up. As his birthday approached he would often times become angry at the mere suggestion that it meant he'd be a year closer to that scary thing known as Big. He'd cross his arms tightly across his small frame, scrunch up his nose and spit out, "ANYTING!" This is his customary saying whenever something doesn't go his way or how he expresses his feelings of anger, frustration, disapproval, sadness, etc. I think he would have gladly given up his birthday if it meant he'd stay two forever, suspended in the world between baby and big boy.

But each day the idea of growing up seeps into his brain and little by little it doesn't seem such a scary prospect. Maybe by his fourth birthday he'll accept the fact that he is indeed big now. Until then, we keep trying to make it seem really fun and exciting to grow up, yet still accepting his wishes to be seen as little. On his birthday when I exclaimed that he is now three years old, he vehemently corrected me by stating that he is three years little.

Little or big, it really makes no difference to me. He's still Ashton, my stubborn, wild, caring boy who displays the classic characteristics of three-year-olds daily. If you ask him how old he is, he'll pause to hold up the right amount of fingers and proudly declare he's "pee" the way only little ones still learning to pronounce words can.

The morning of his third birthday he slept in well past his normal waking time and proclaimed his tummy hurt. We cuddled our way through the morning until finally he hopped down and joined his brother playing. We continued our tradition of lighting candles at each meal, and I'm secretly in love with the fact that he hasn't yet mastered blowing them out. His scrunched up face, the spit, the fire atop the candles barely flickering--it reminds me that he is indeed still little after all. We ended the night at McDonald's, improvising when the ice cream machine was broken. After a few tears, Ashton gladly accepted the cookie cake as an acceptable replacement.

His big party was simple. Some balloons, a memory picture board, a pinata and a lopsided homemade Thomas cake shared with our closest family and friends. Aunt Hopey and Uncle Brian spent the night, and we continued our celebration through to the next morning. 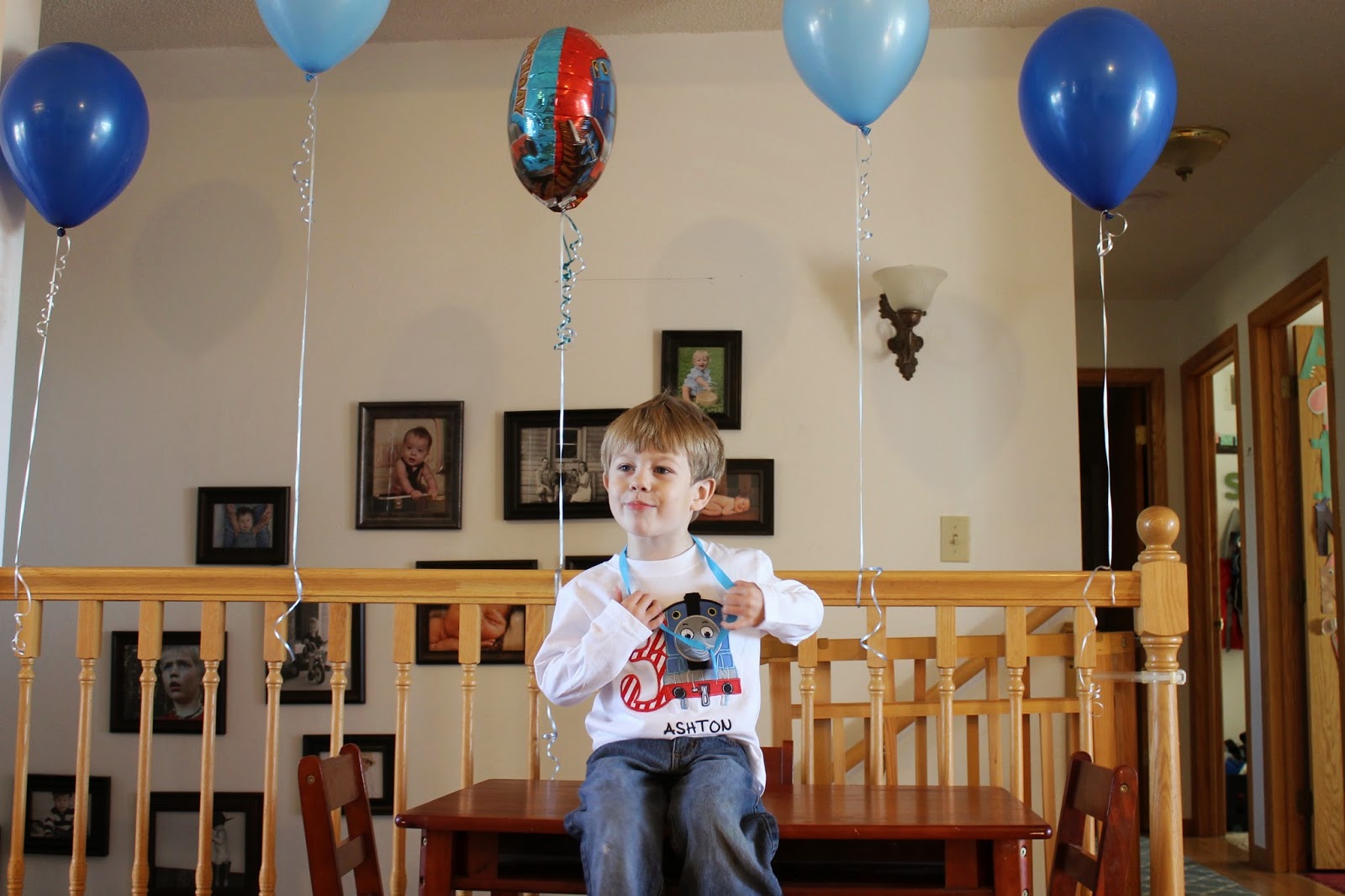 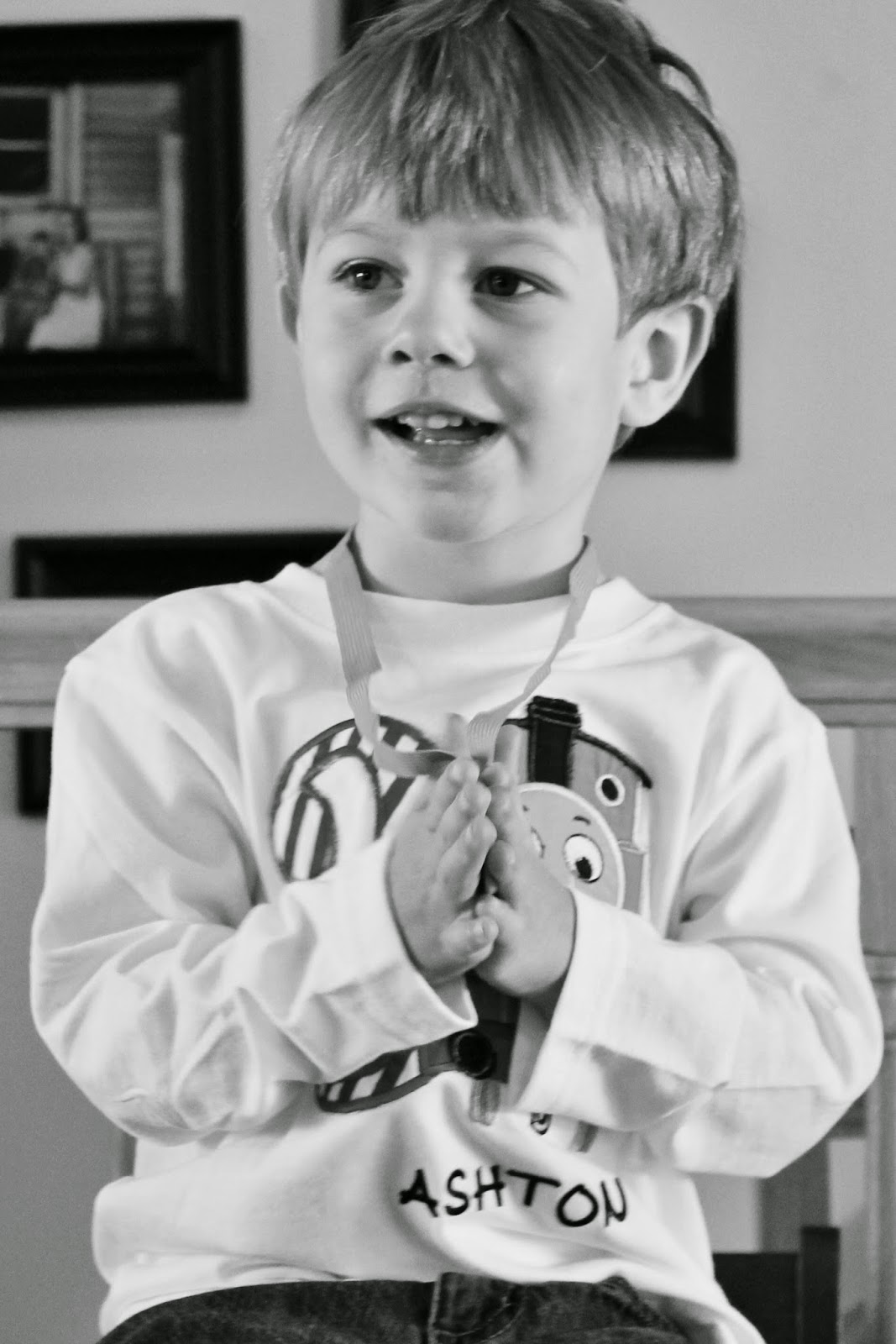 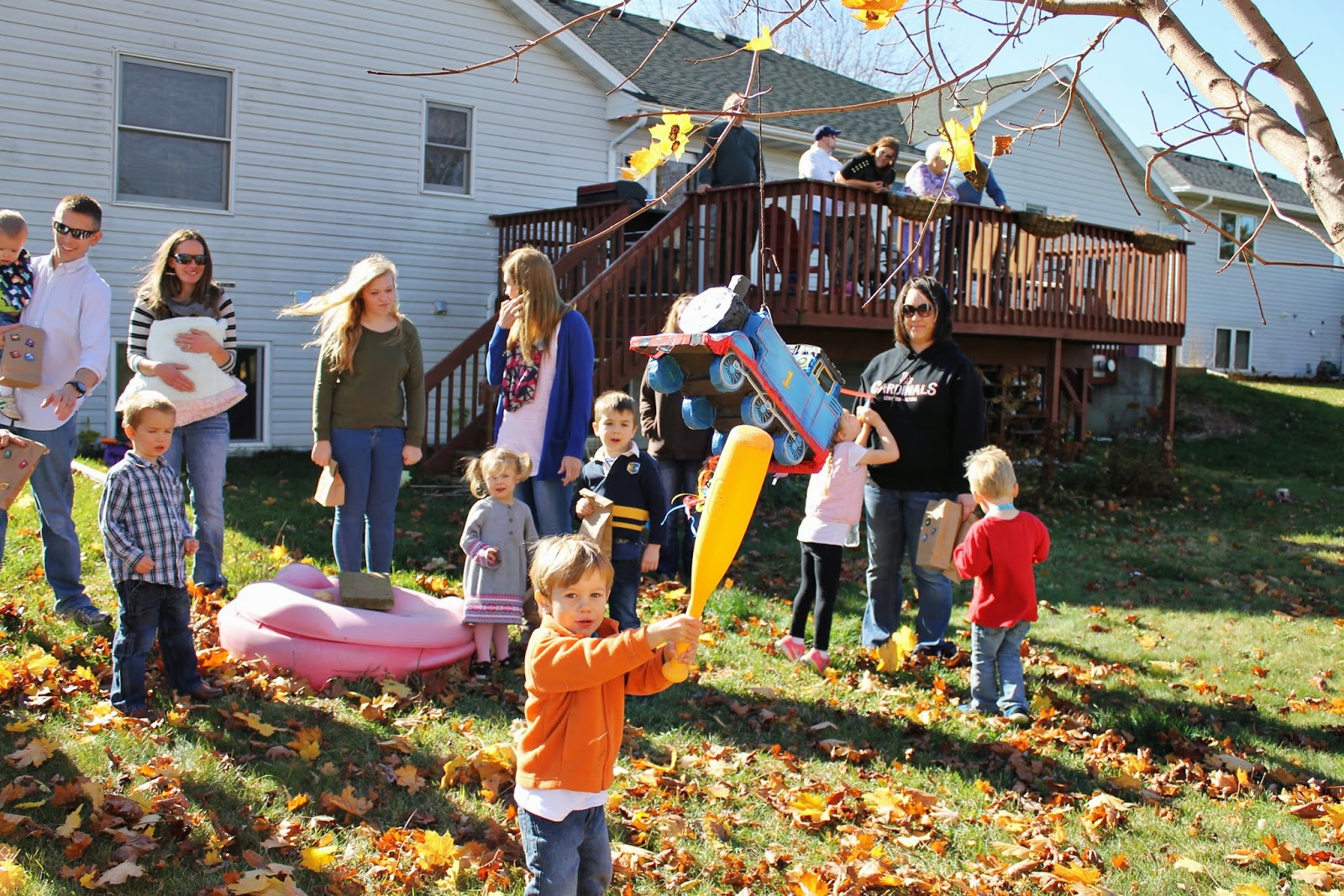 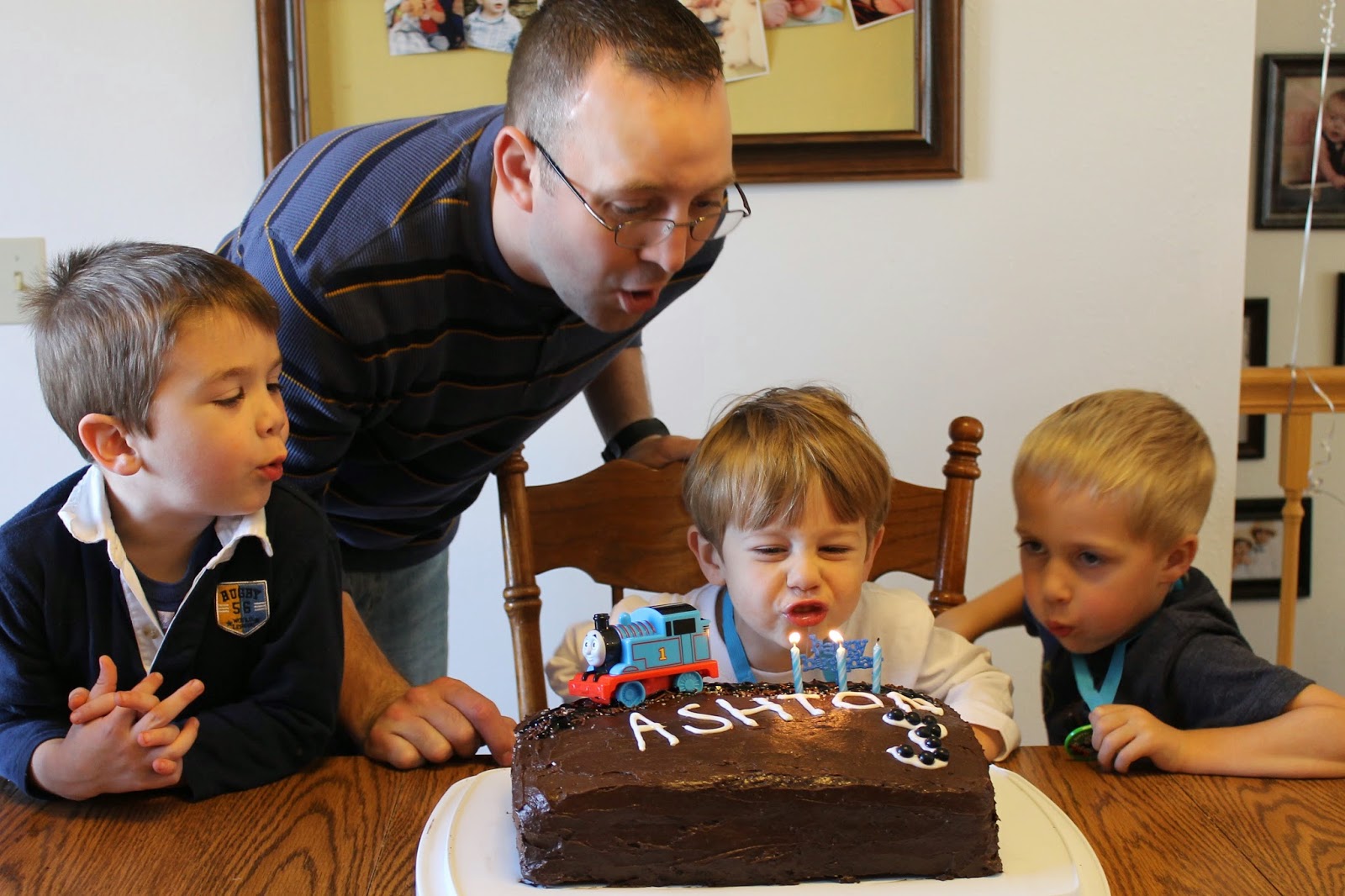 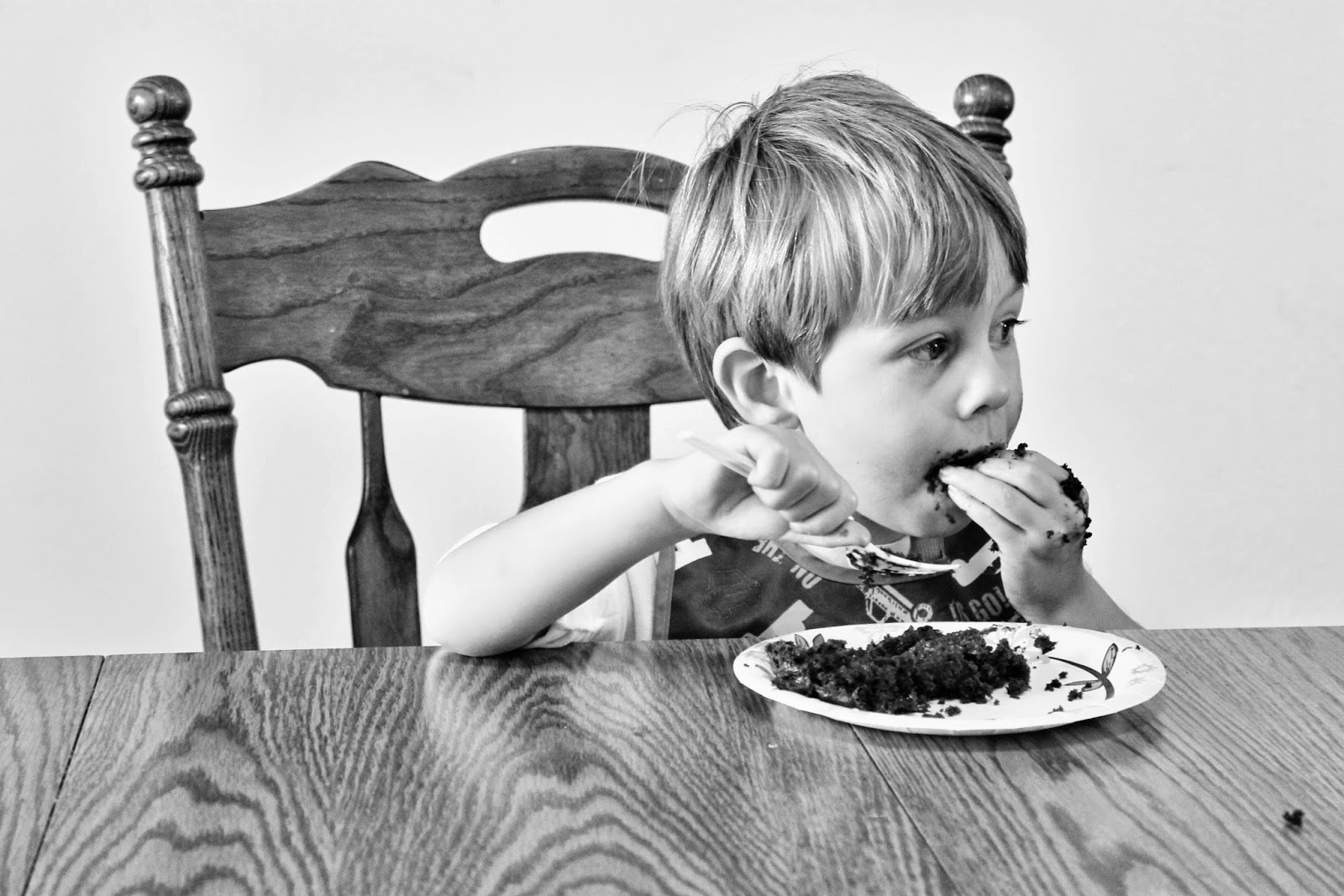 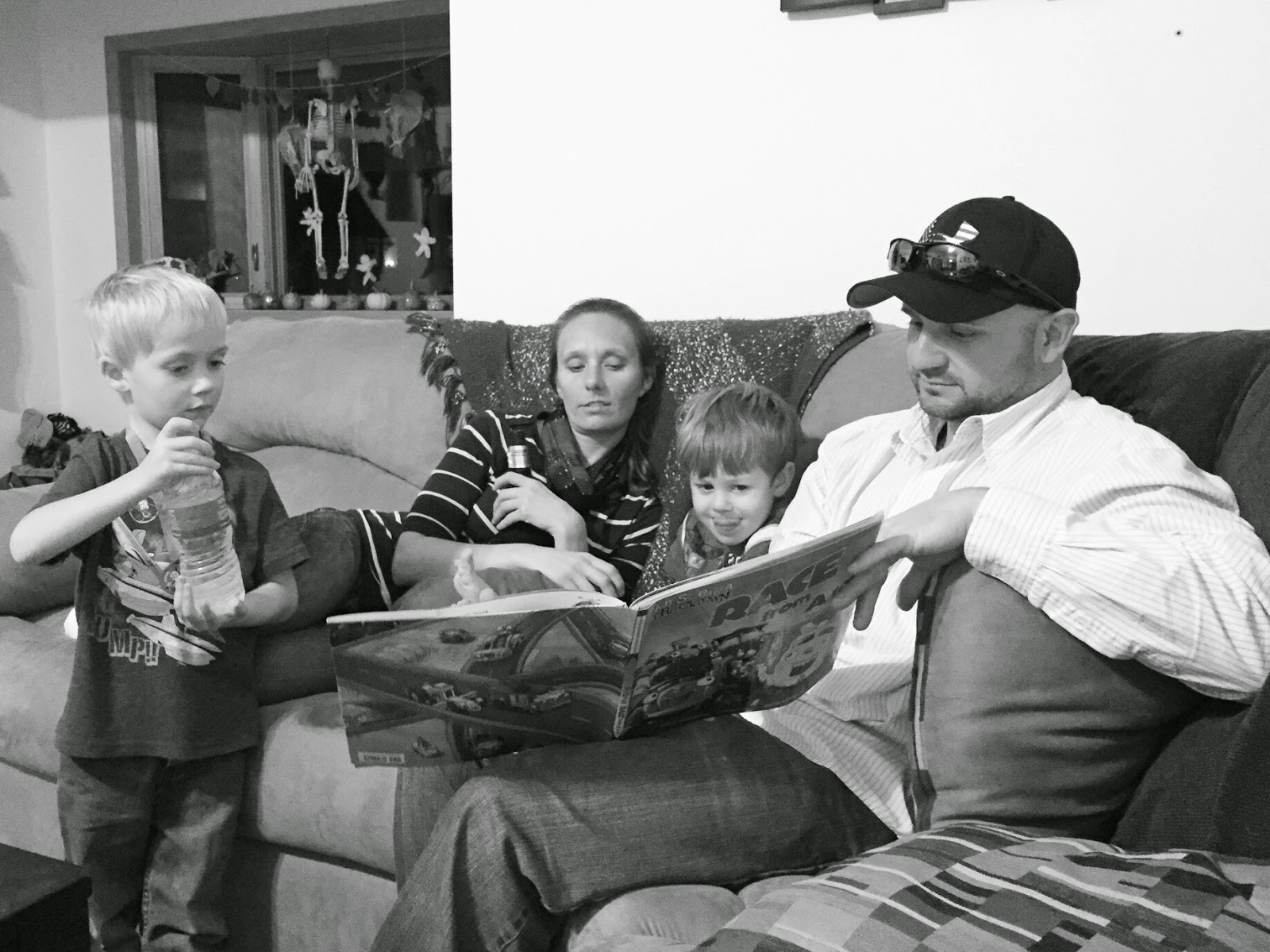 It's hard to know how Ashton will feel about growing big next year, whether he'll embrace the coming year or hold onto that hesitation to accept it. But part of me likes that he's in no rush to grow up. I feel less guilty about trying to keep him little for as long as I can. For now we'll celebrate that he's three years little.


A Tradition of Growth.

This is Daddy Bear, the growth marker we used monthly as a baby and now yearly. I suspect someone stuck this once ginormous bear into the dryer and shrunk him because, surely, it can't be that my baby grew that much! 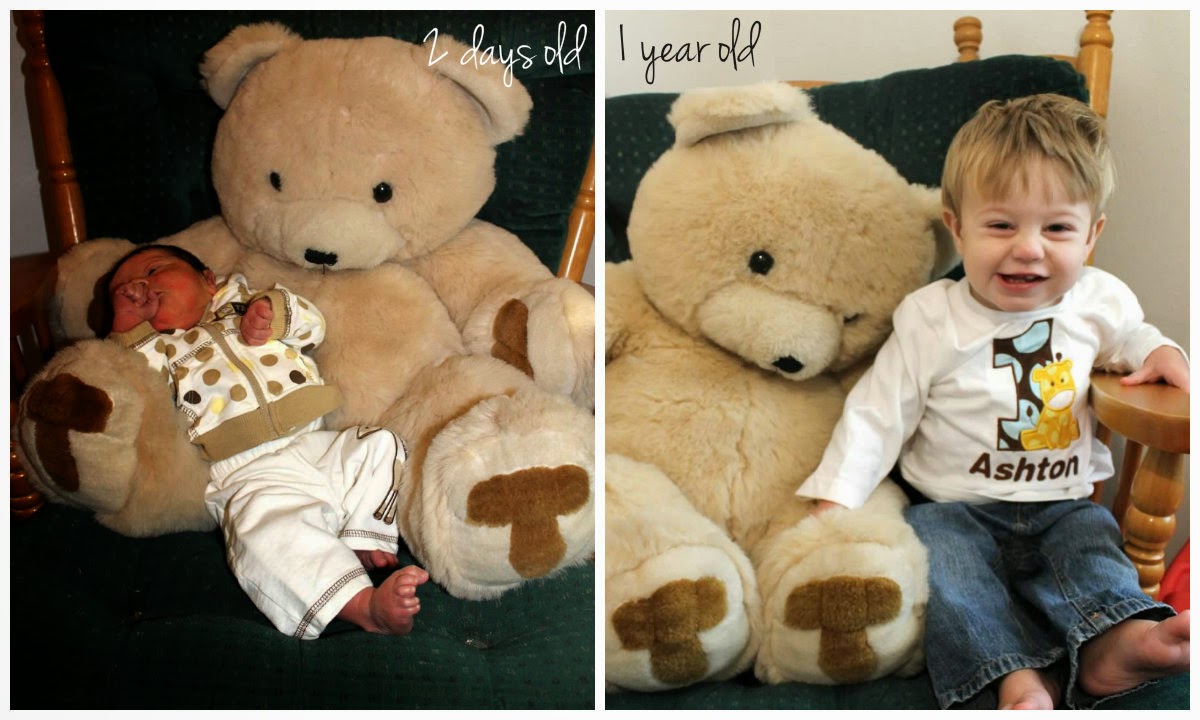 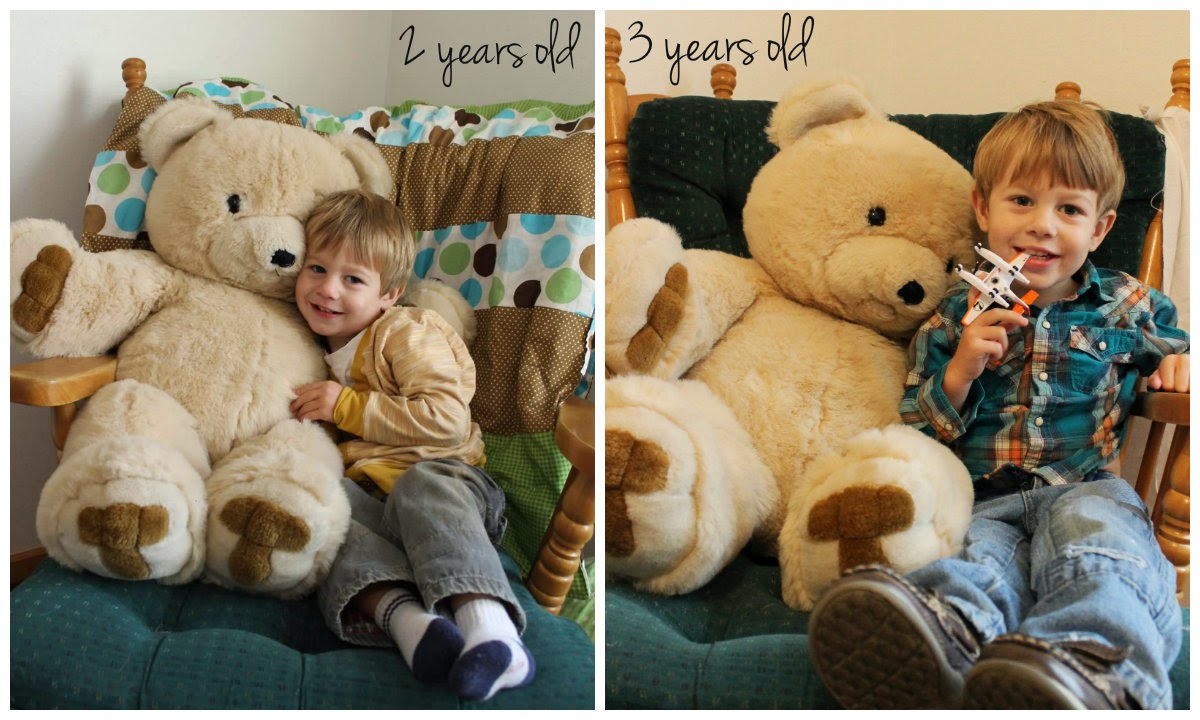 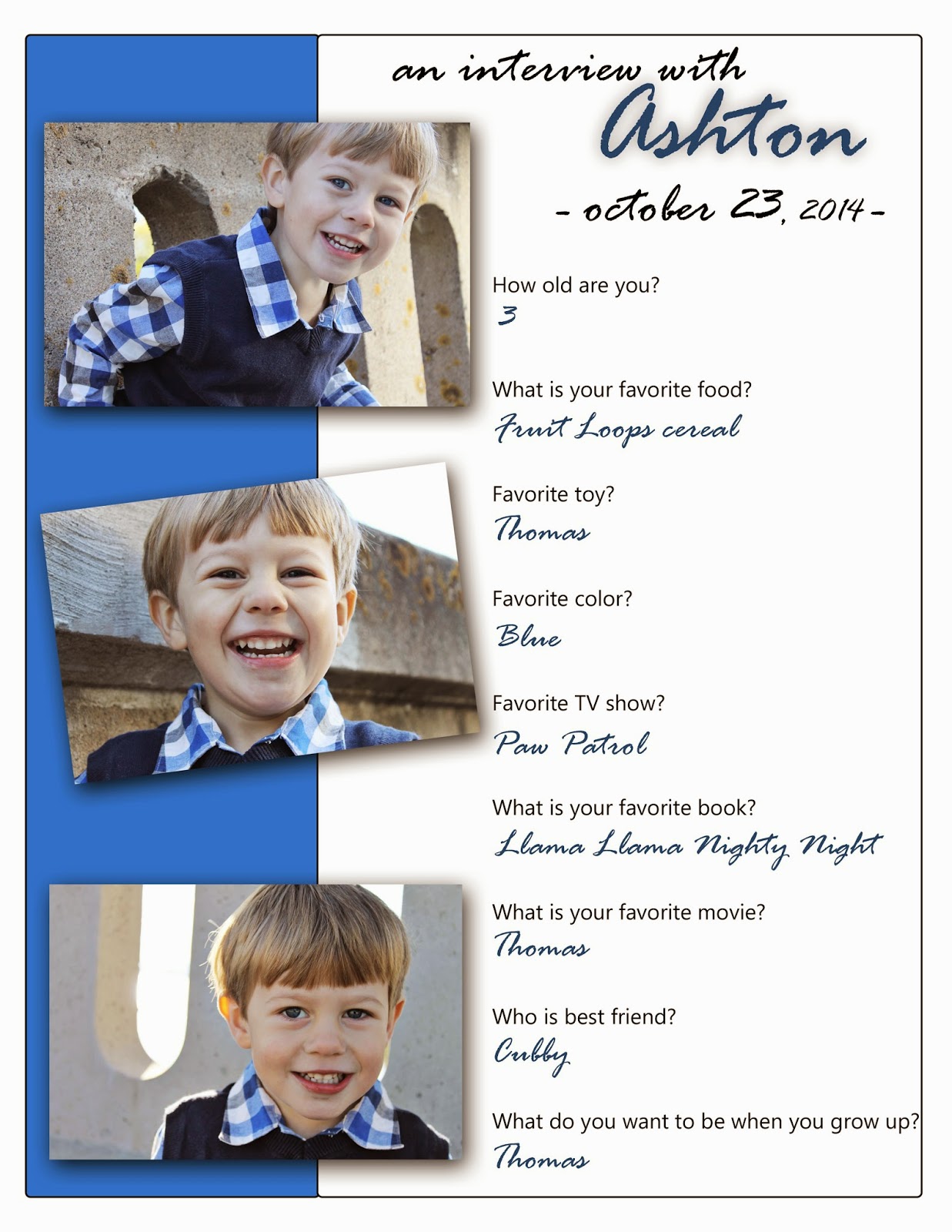 Posted by The Mahlke Chronicles at 2:50 PM