"The Indian Summer of life should be a little sunny and a little sad, like the season, and infinite in wealth and depth of tone, but never hustled."
-Henry Adams 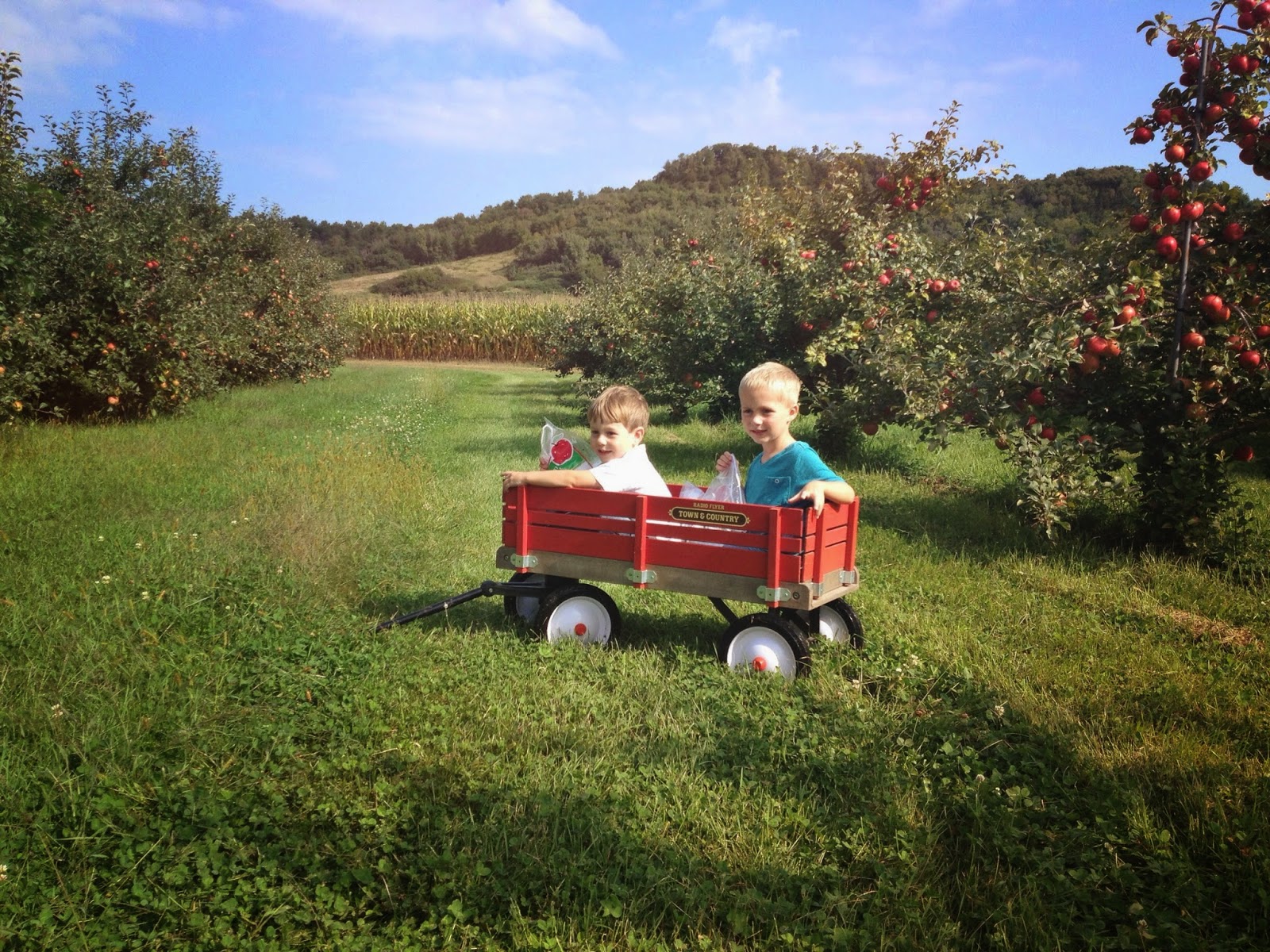 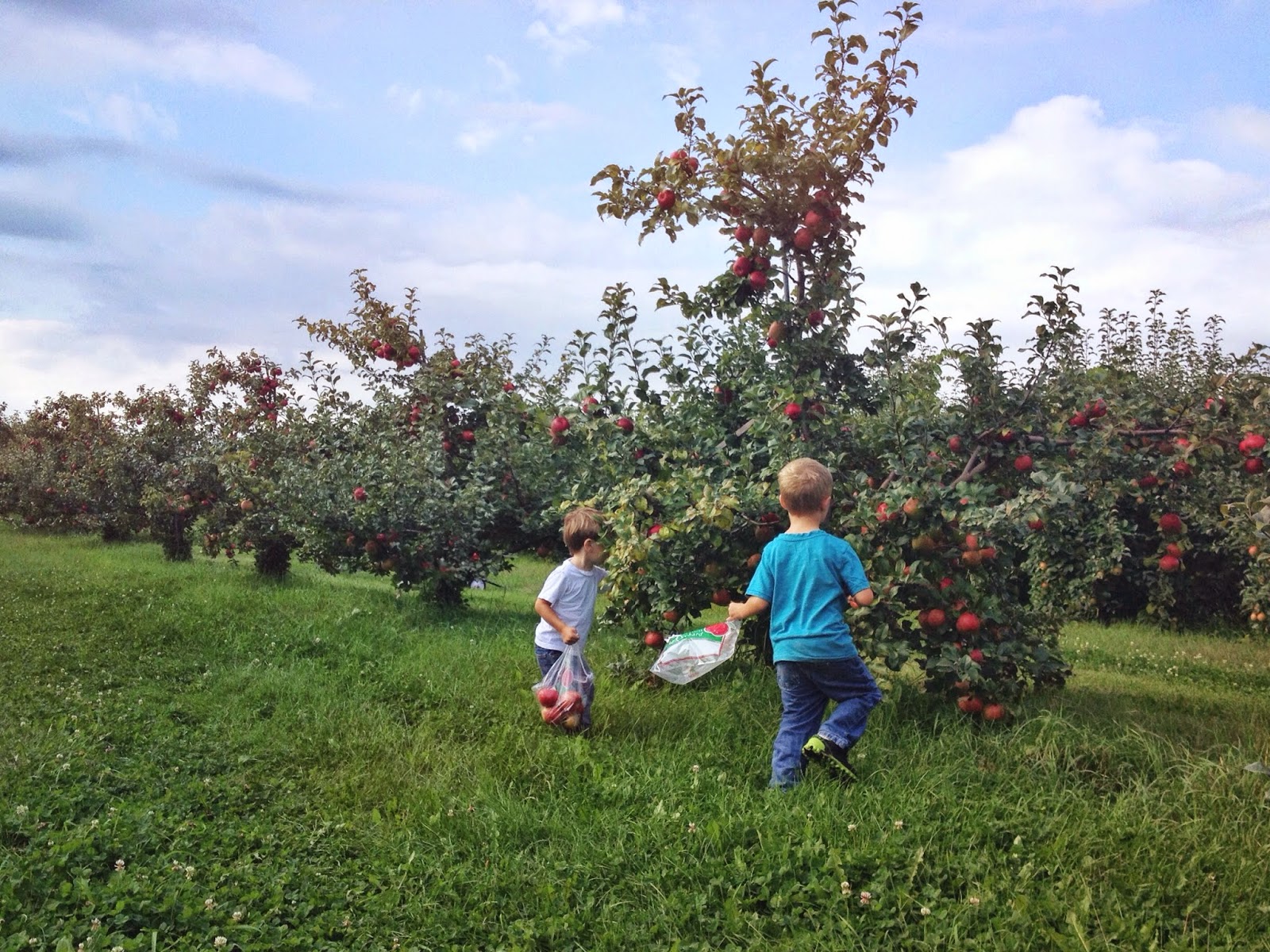 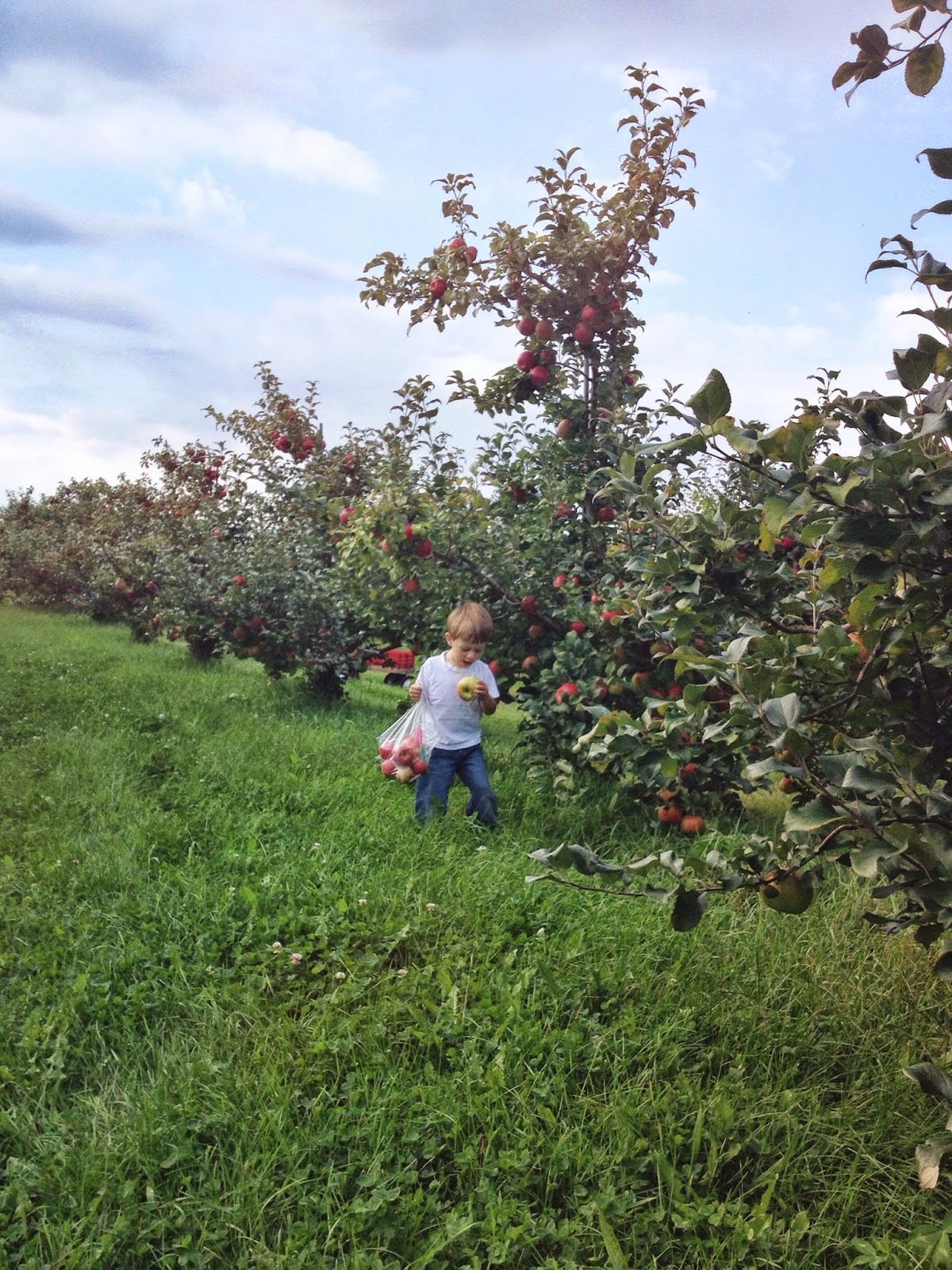 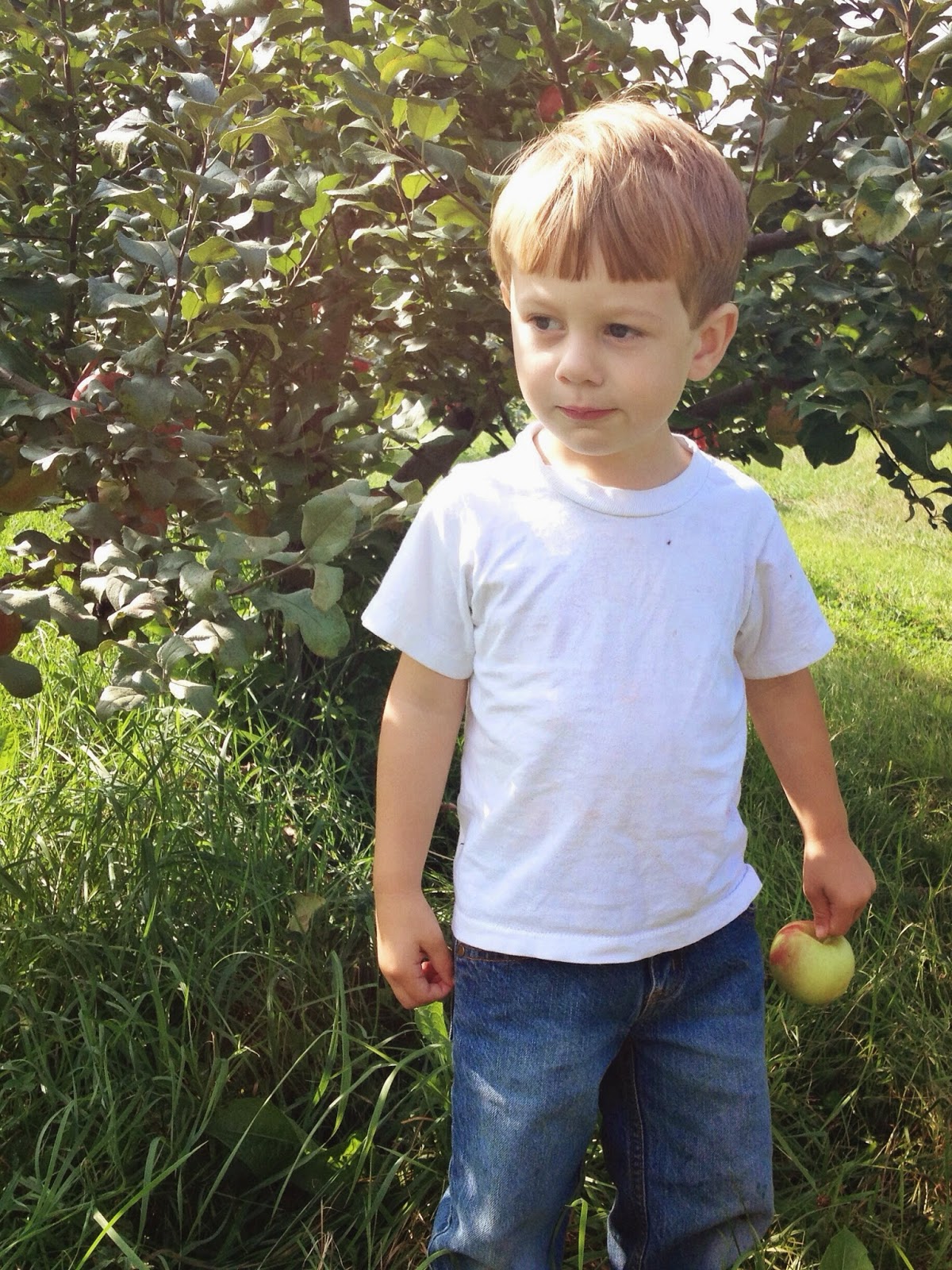 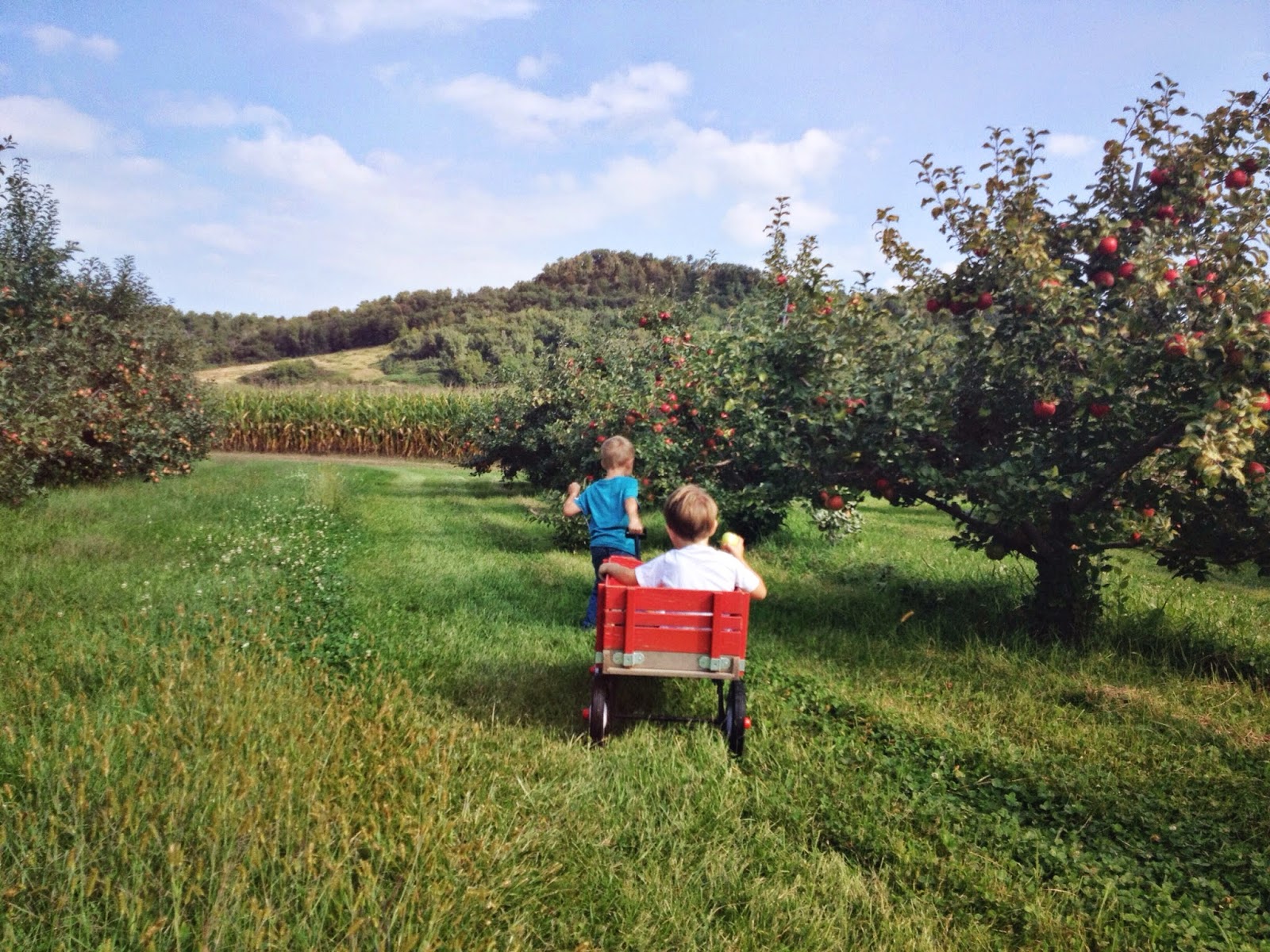 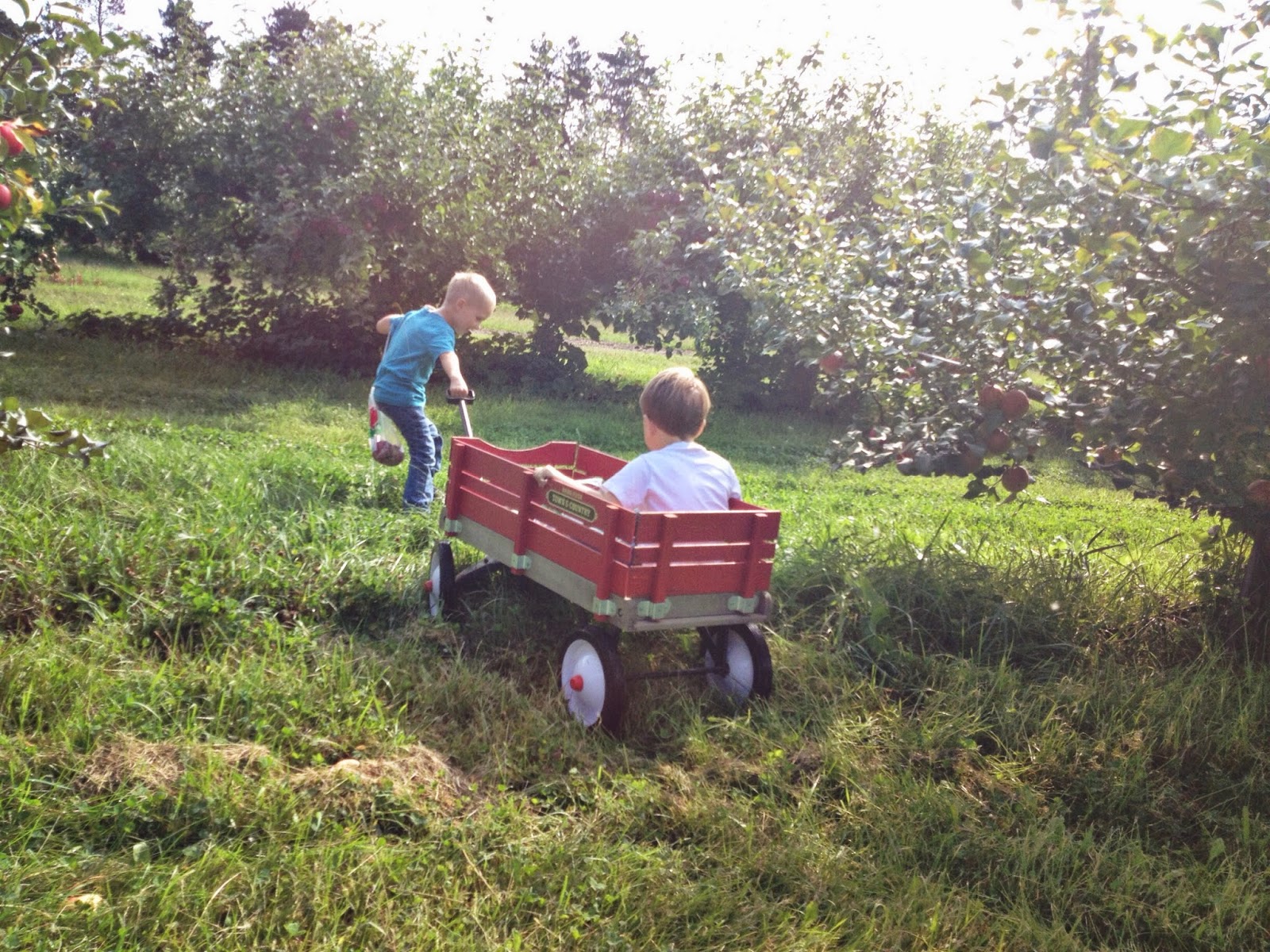 Tuesday started like any epic bad day. The boys fought over who got the blue bowl at breakfast, cried that the Lightening McQueen spoon was dirty, and Ashton dumped his whole bowl of blueberry yogurt and granola all over the table in defiance over the fact that I wouldn't allow him to trade it for a bowl of Special K cereal. I wish I could say the rest of the day was smooth sailing, but this day was destined to make the charts of Epic Bad Days. The only reprieve came as a sliver of a small window in the morning when we checked our bad moods and attitudes at the front door of the apple orchard. Unfortunately, we did reclaim the bad moods and attitudes as soon as we exited the orchard, but at least we had that one glorious hour. 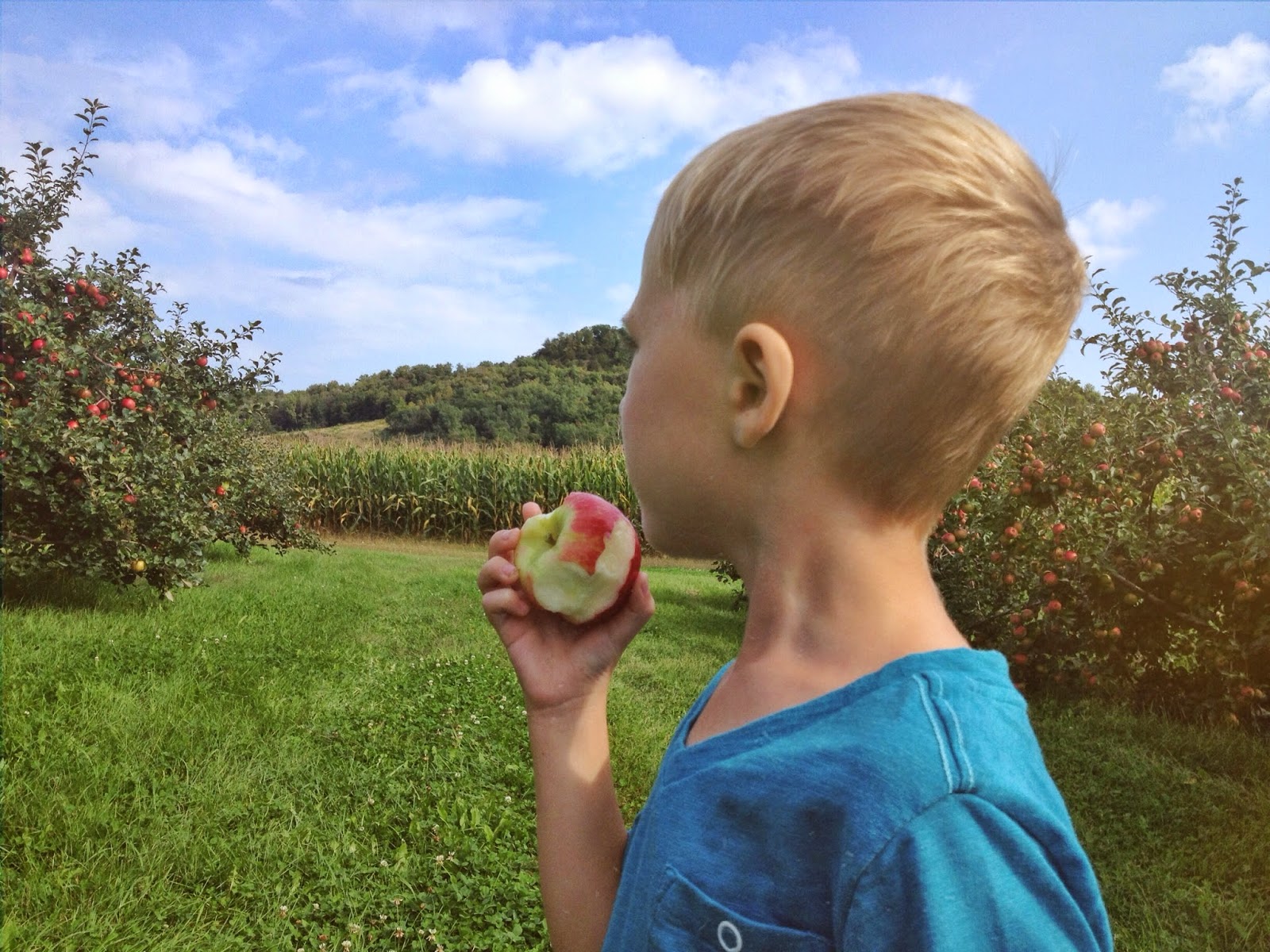 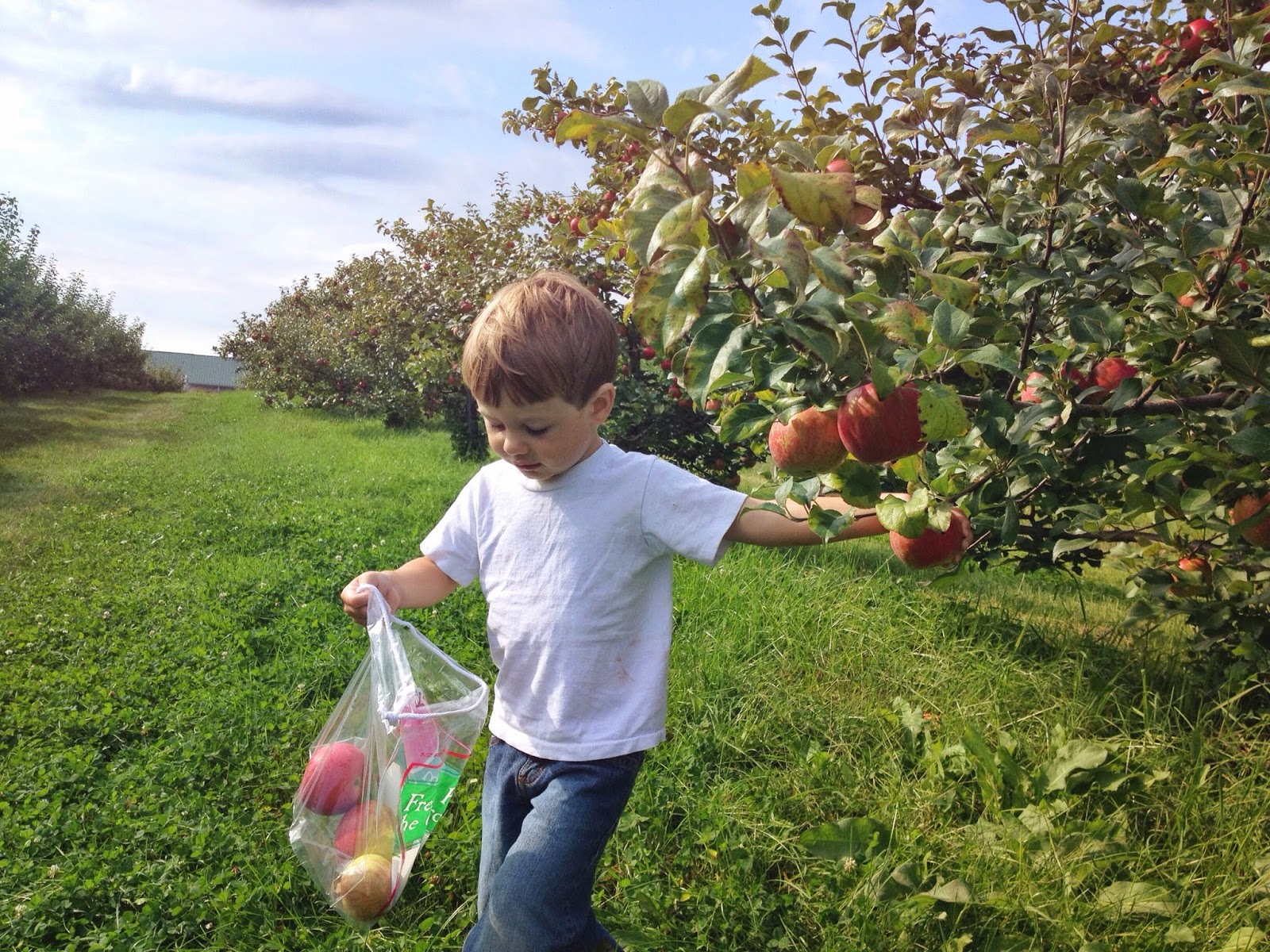 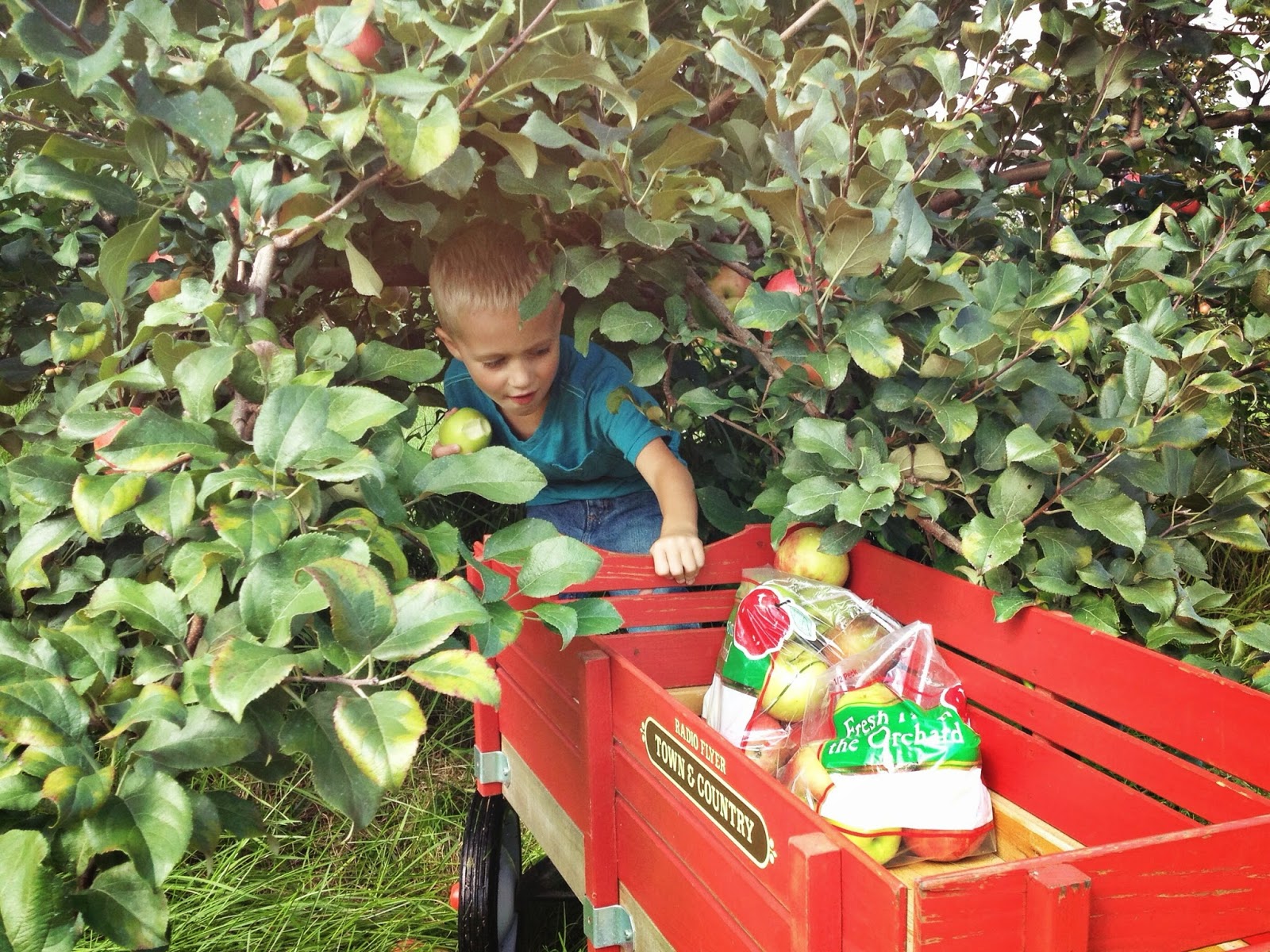 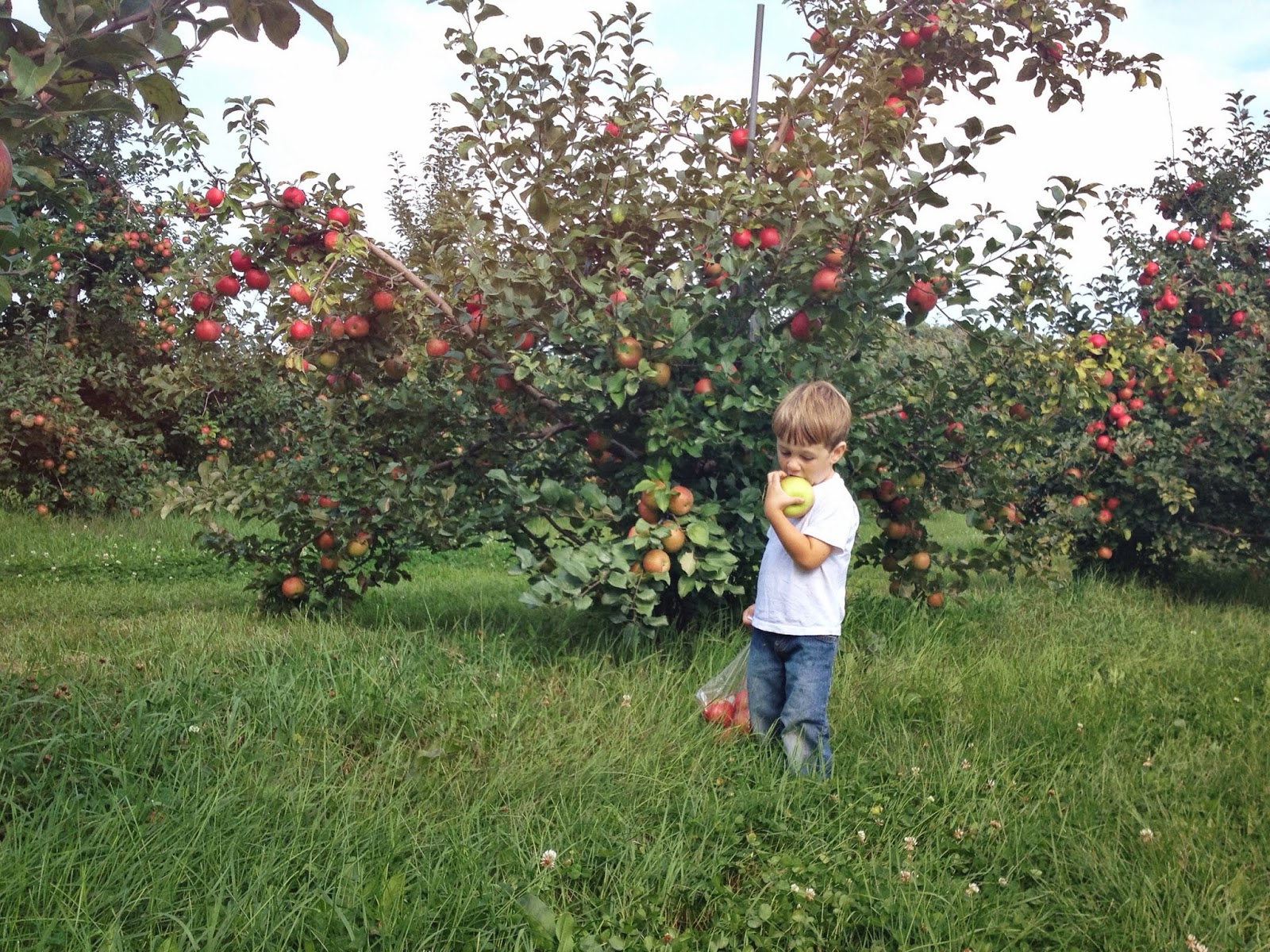 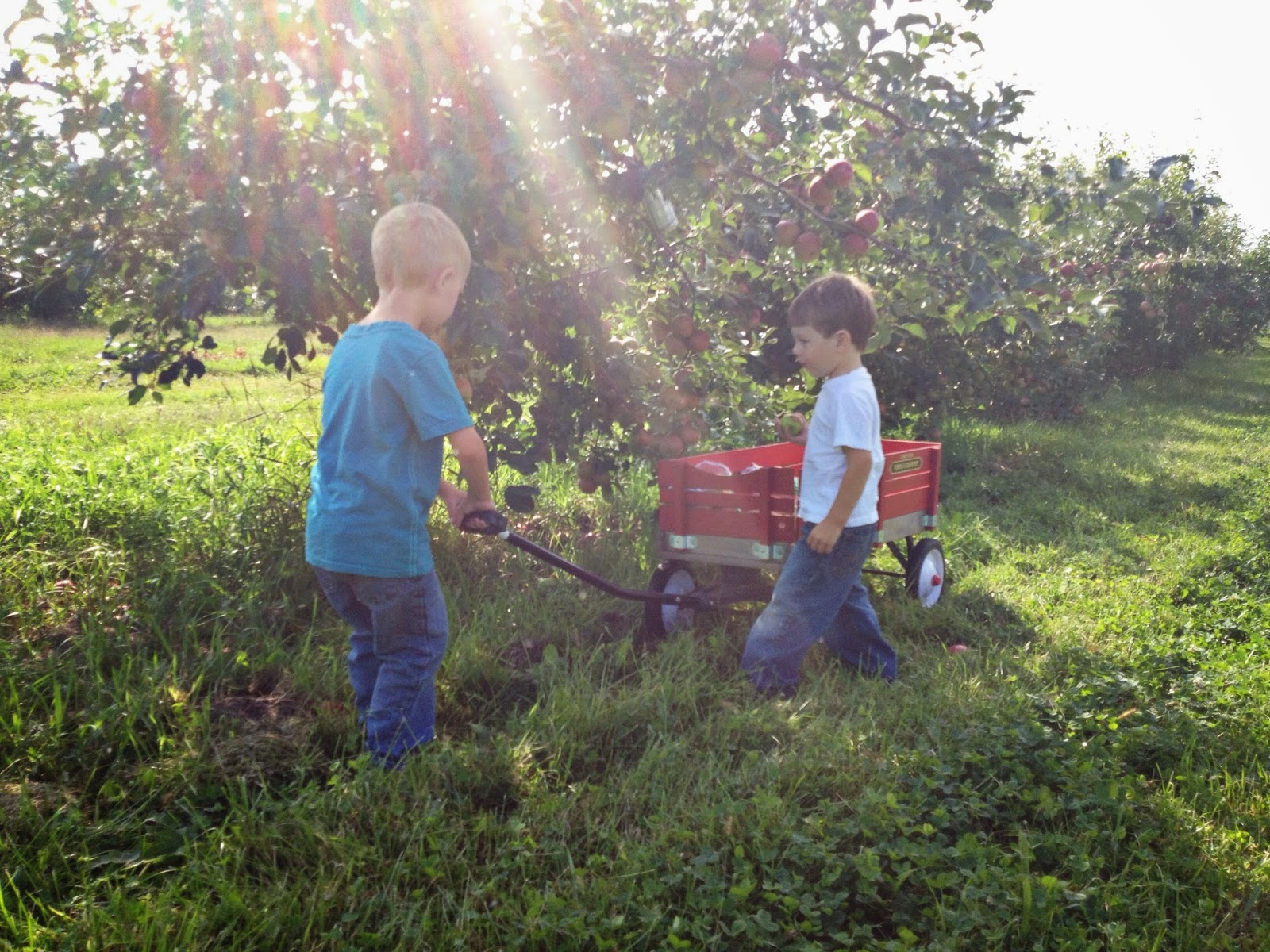 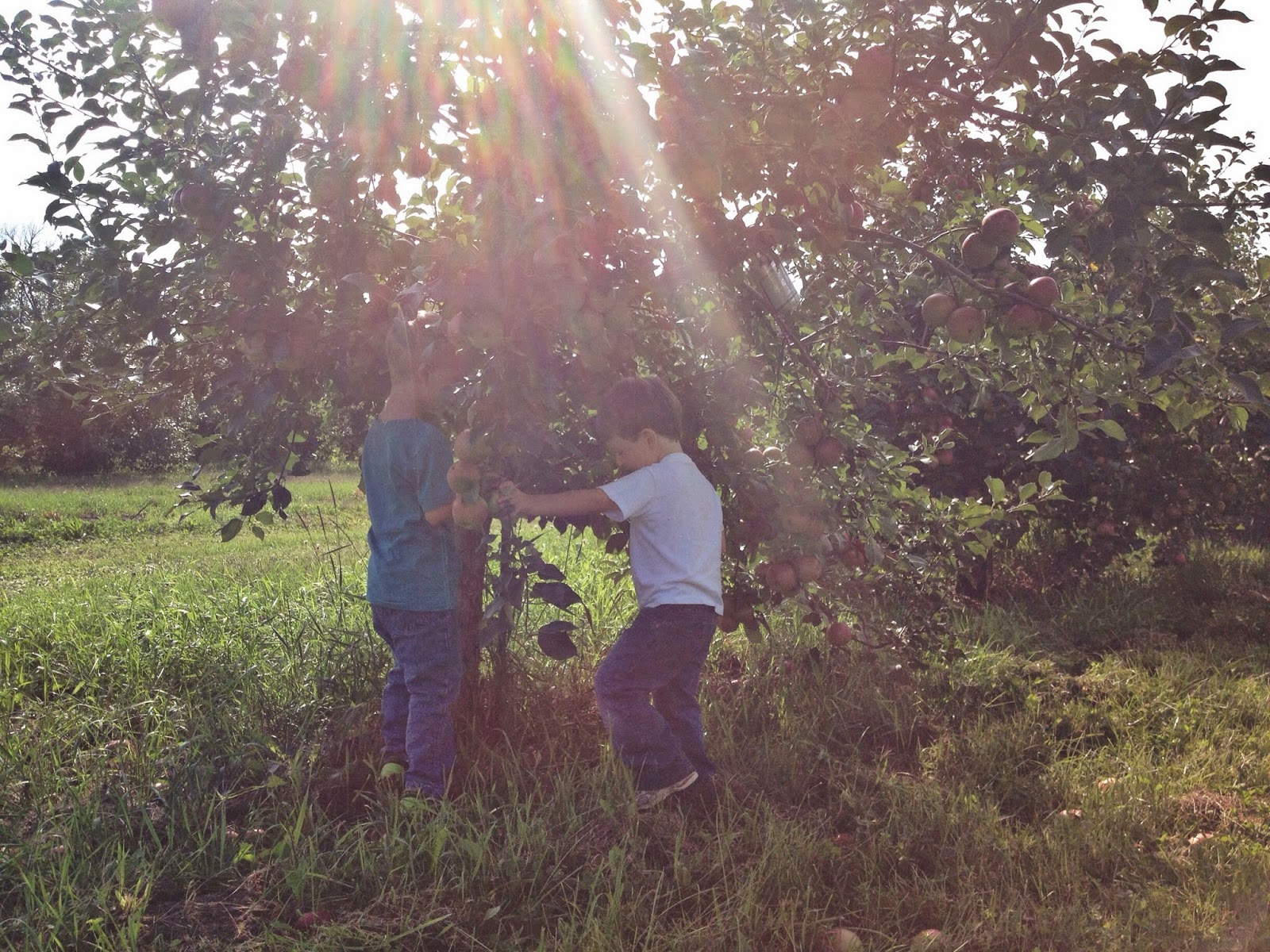 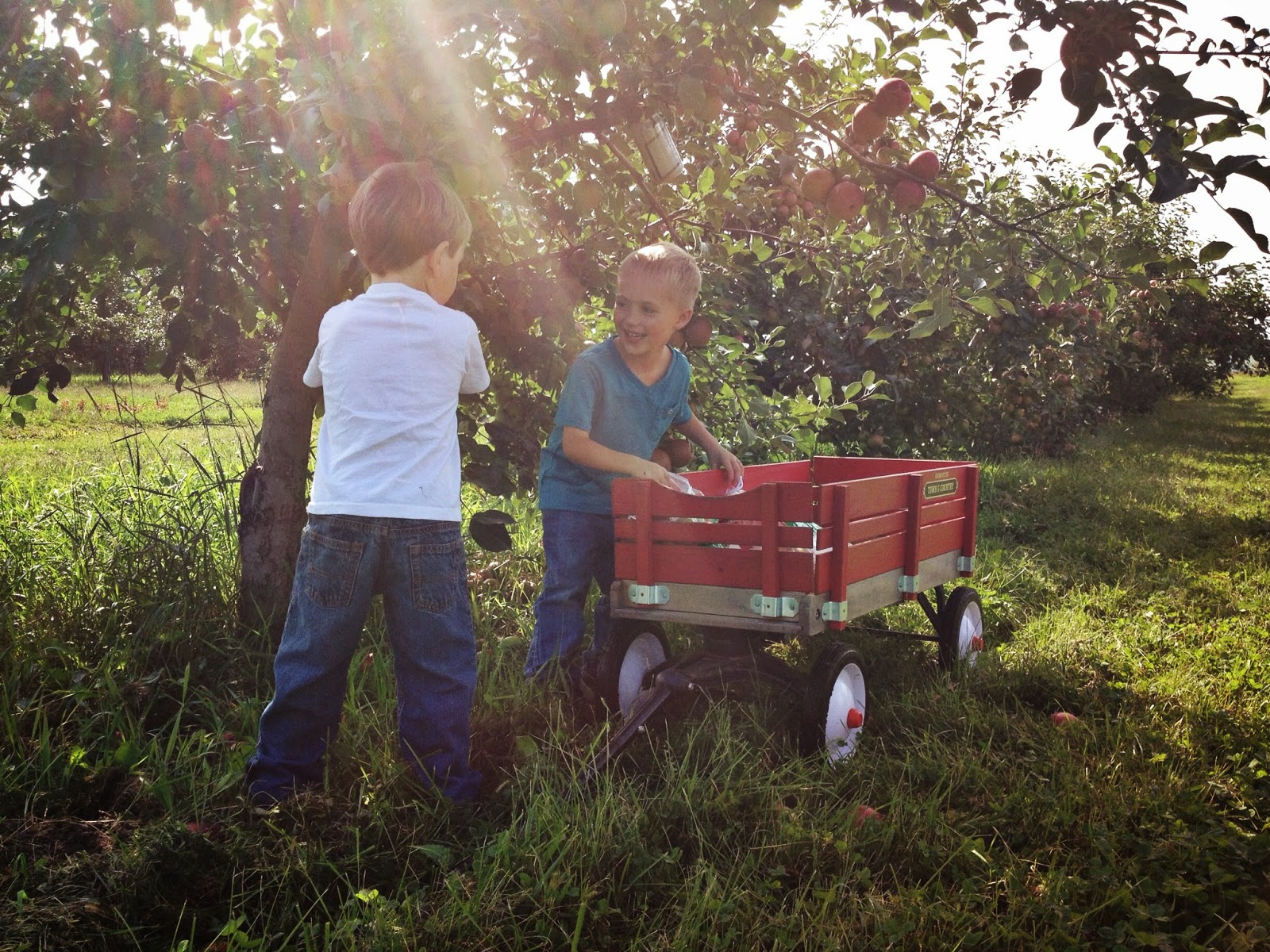 We shed our jackets as the rain clouds lifted and the sun warmed the temperature to a balmy 72 degrees. After laying claim to a red wagon and snatching a few bags, we headed toward the Honey Crisp rows in the orchard. We had the whole orchard to ourselves, yet we stayed in those two rows. The boys ate their fill of apples, probably more than they actually tossed into the bags to take home, and Spencer complained of a tummy ache when we were leaving. 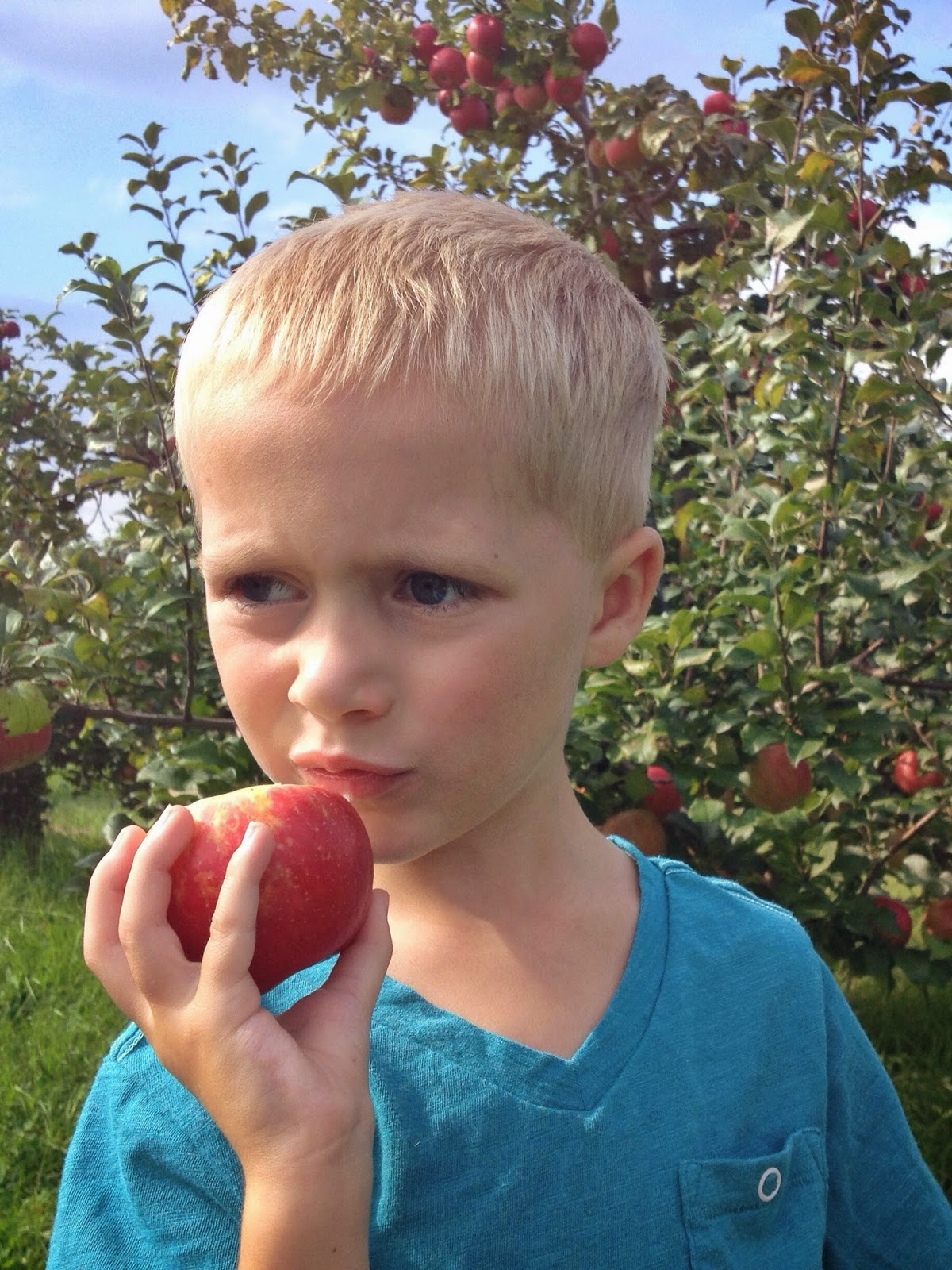 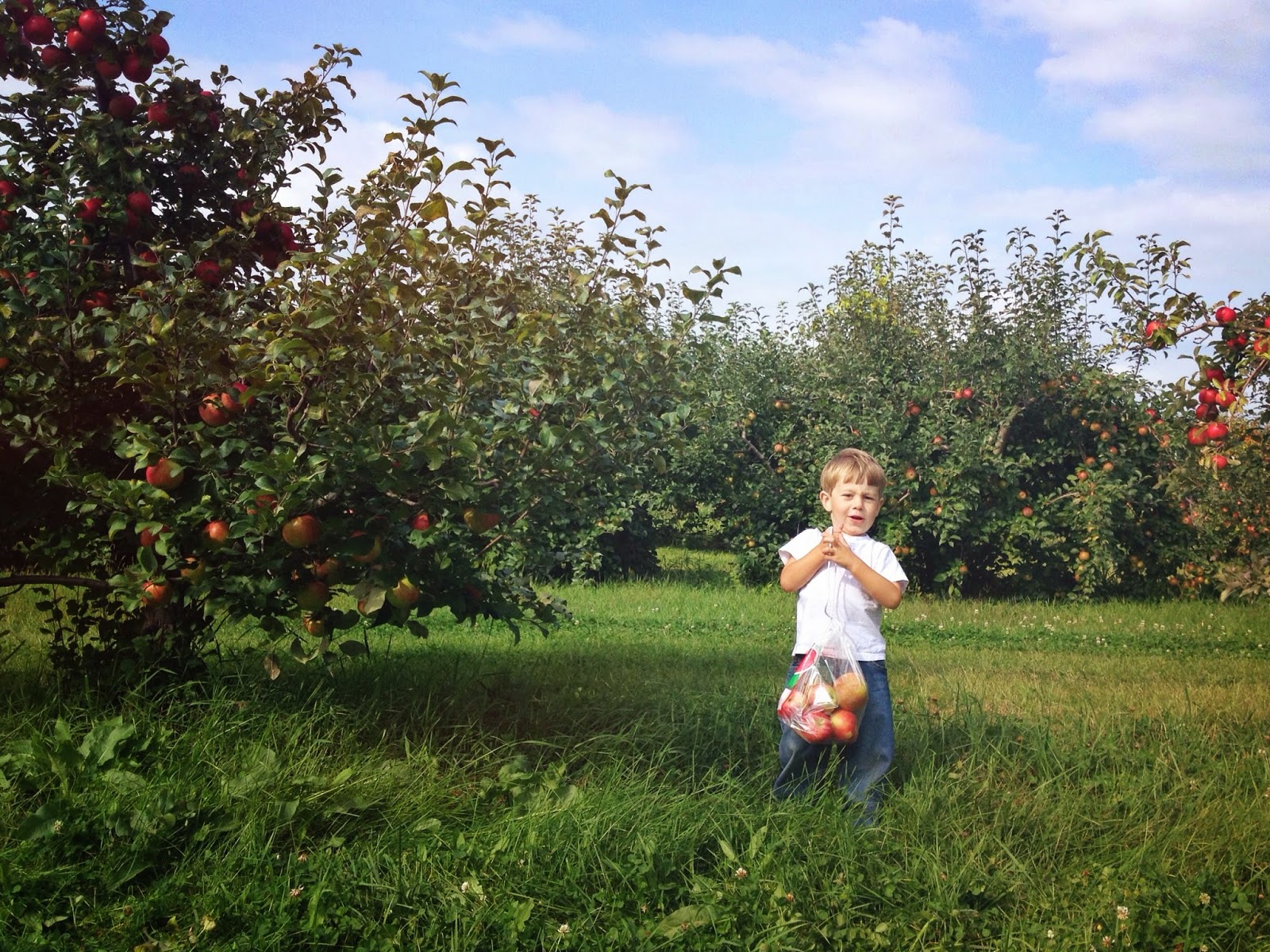 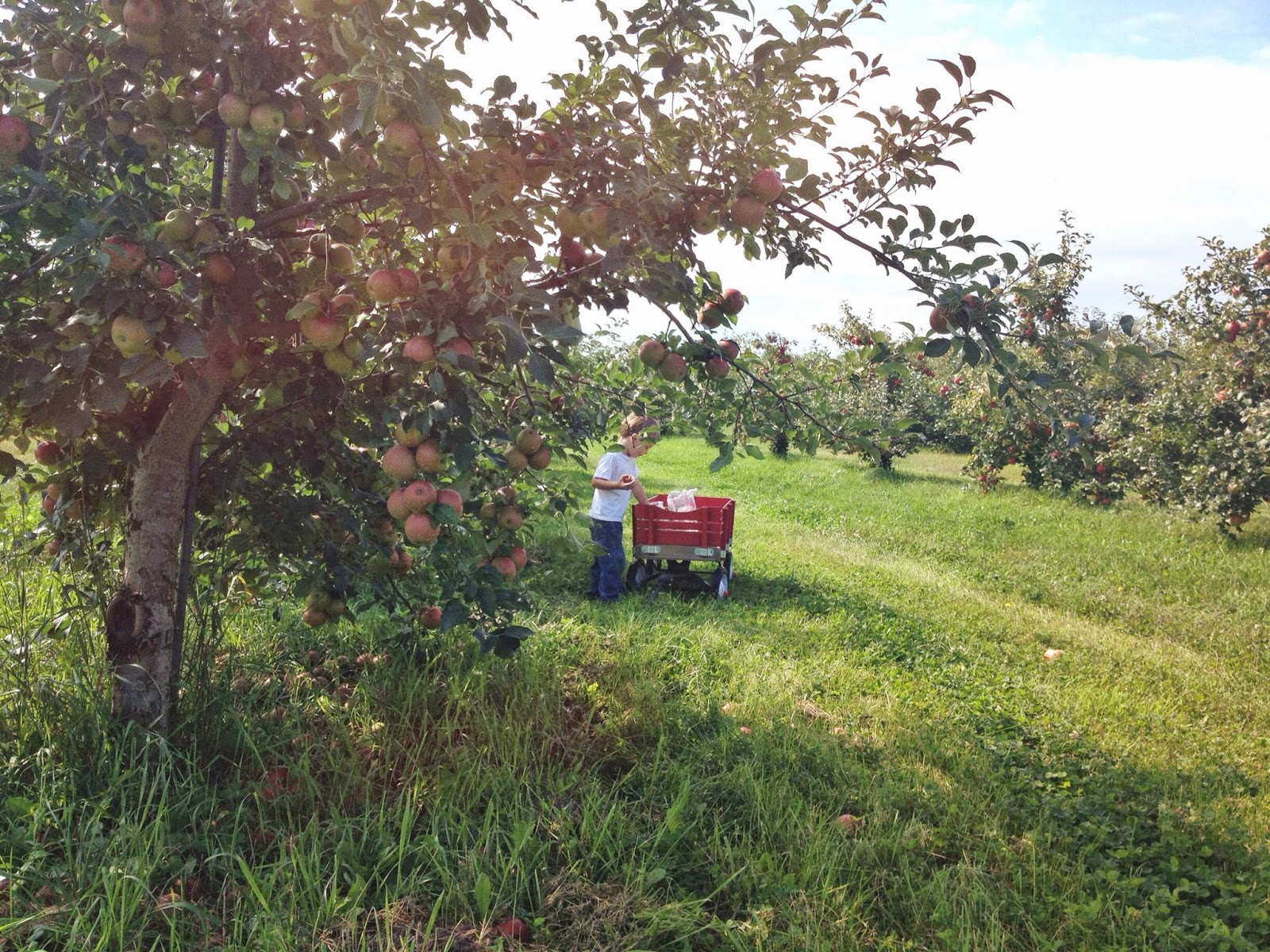 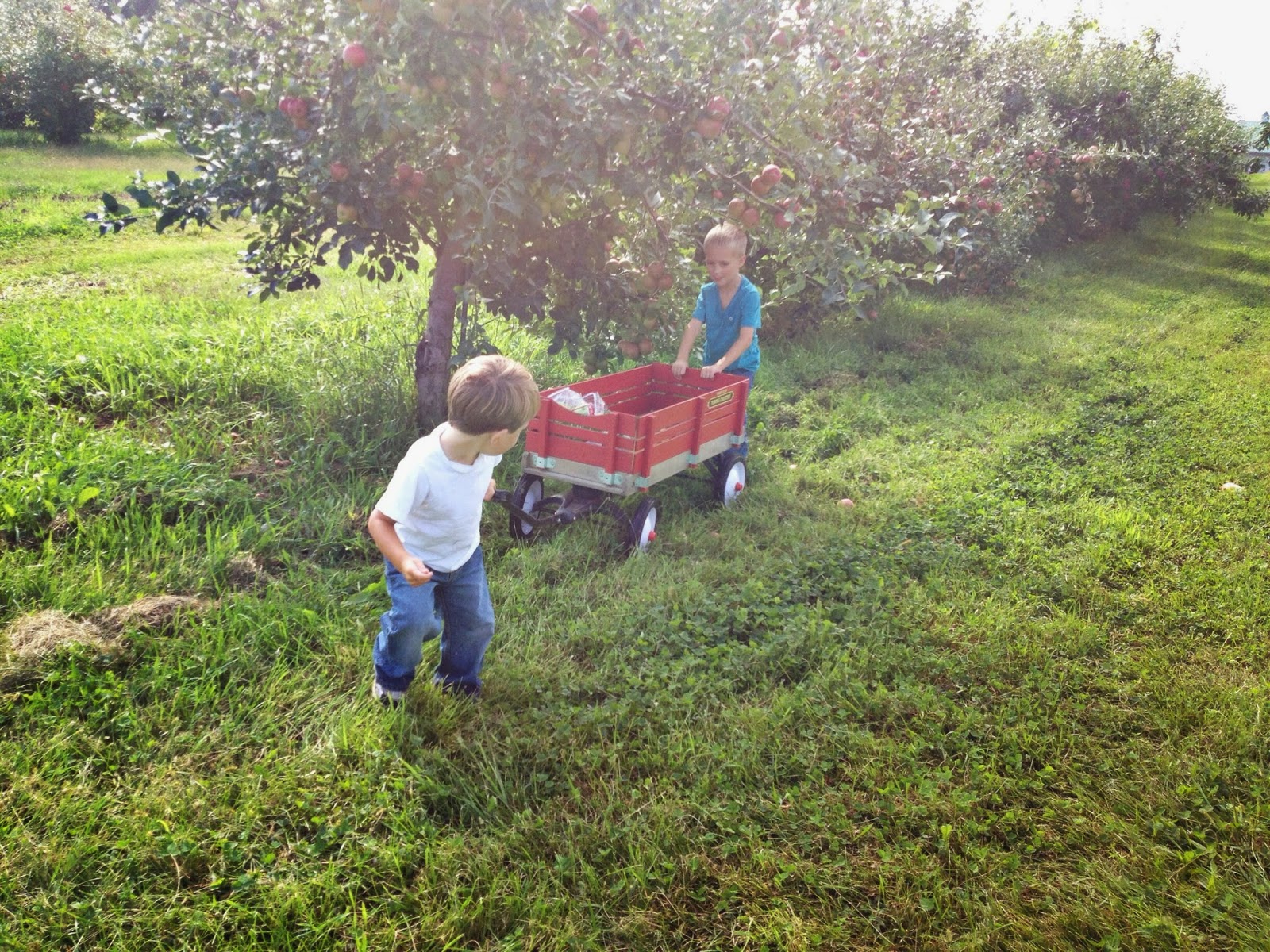 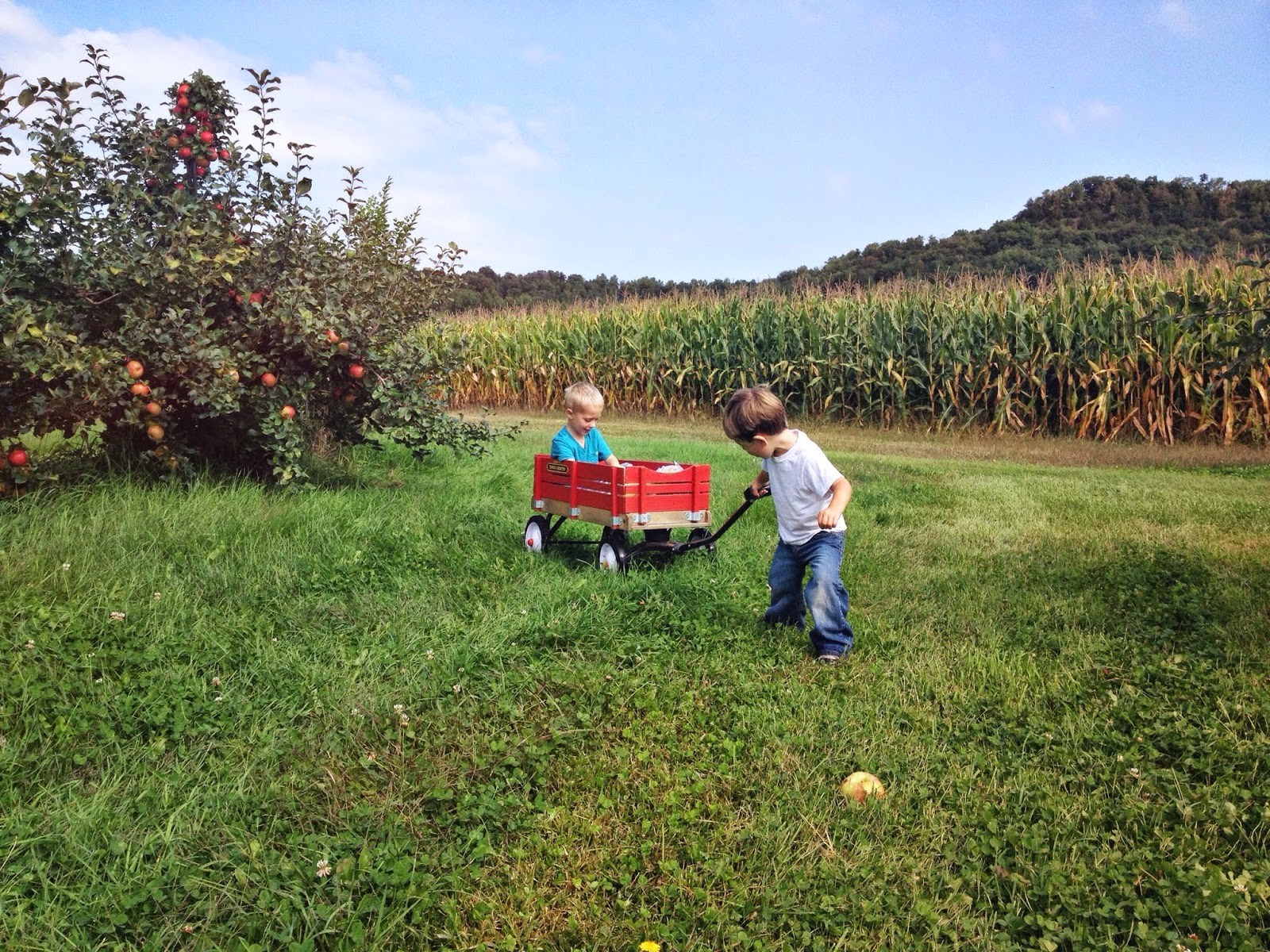 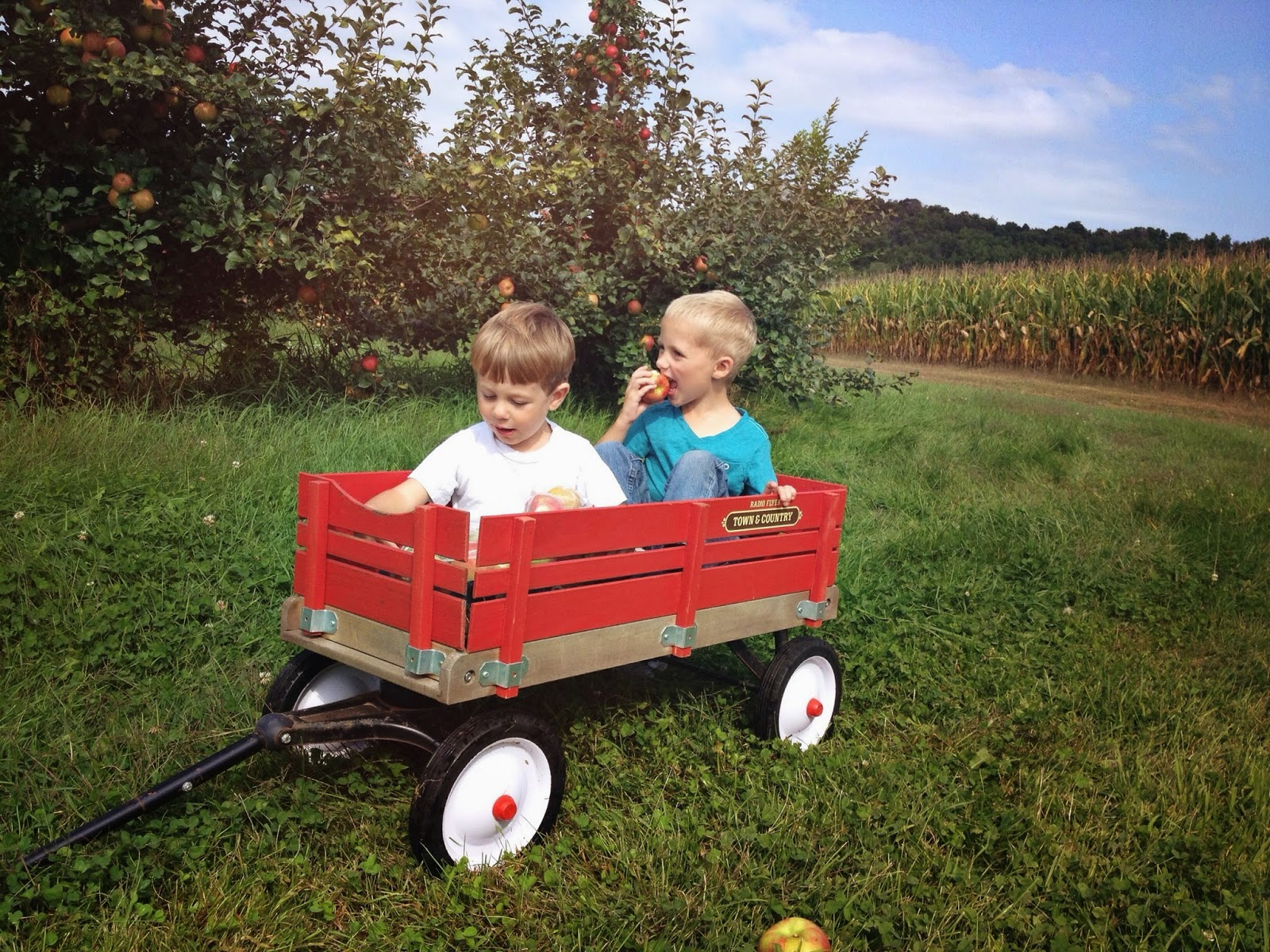 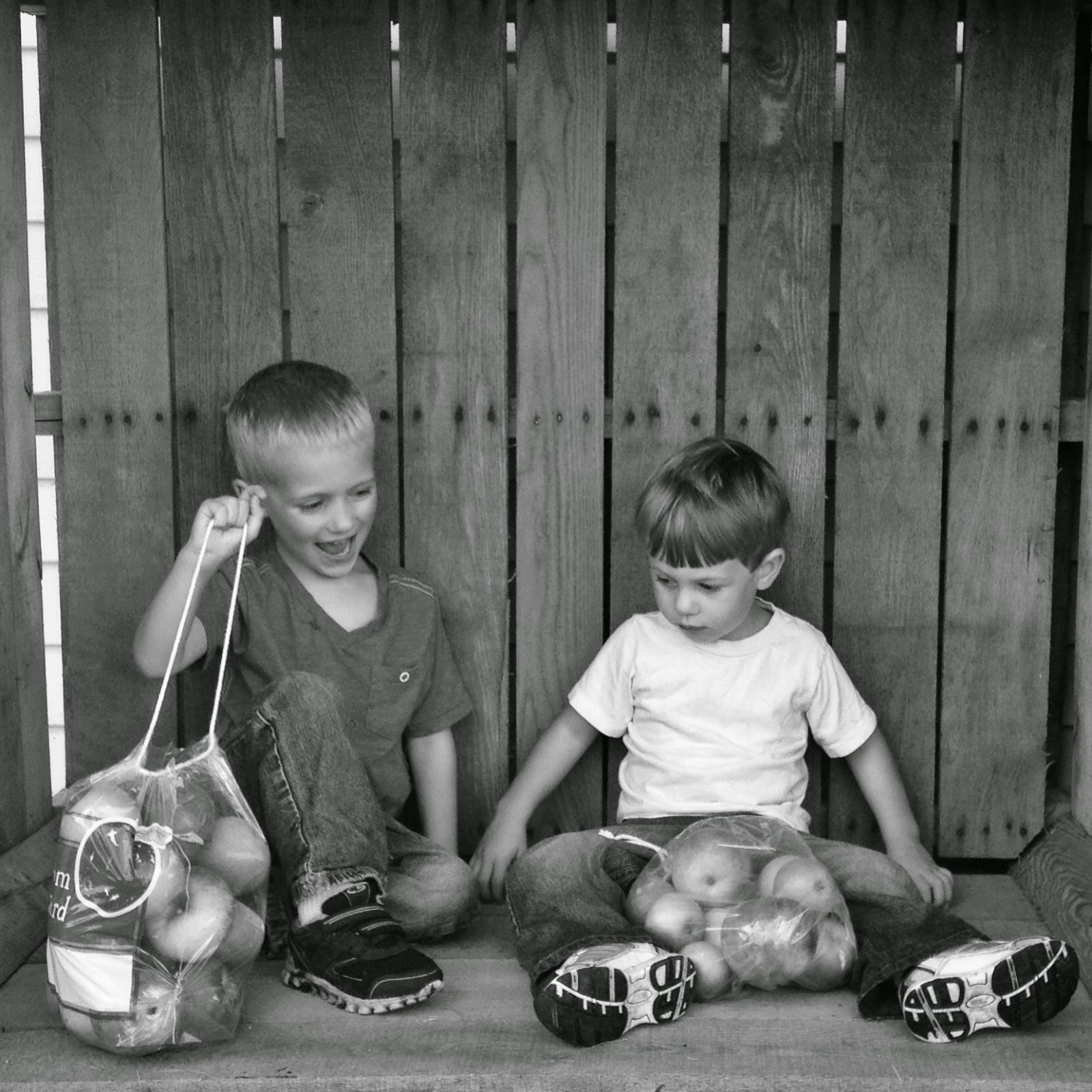 Before heading home we stopped at a park for a picnic. But once it was apparent that the Epic Bad Day had resumed, we packed up and hit the road. My husband was home for one solid hour yesterday, between work and a meeting, and I spent most of that hour holed up under the covers in my bed. But, hey, at least we had that golden time under the sun picking apples, and a bunch of baked goods in the works. 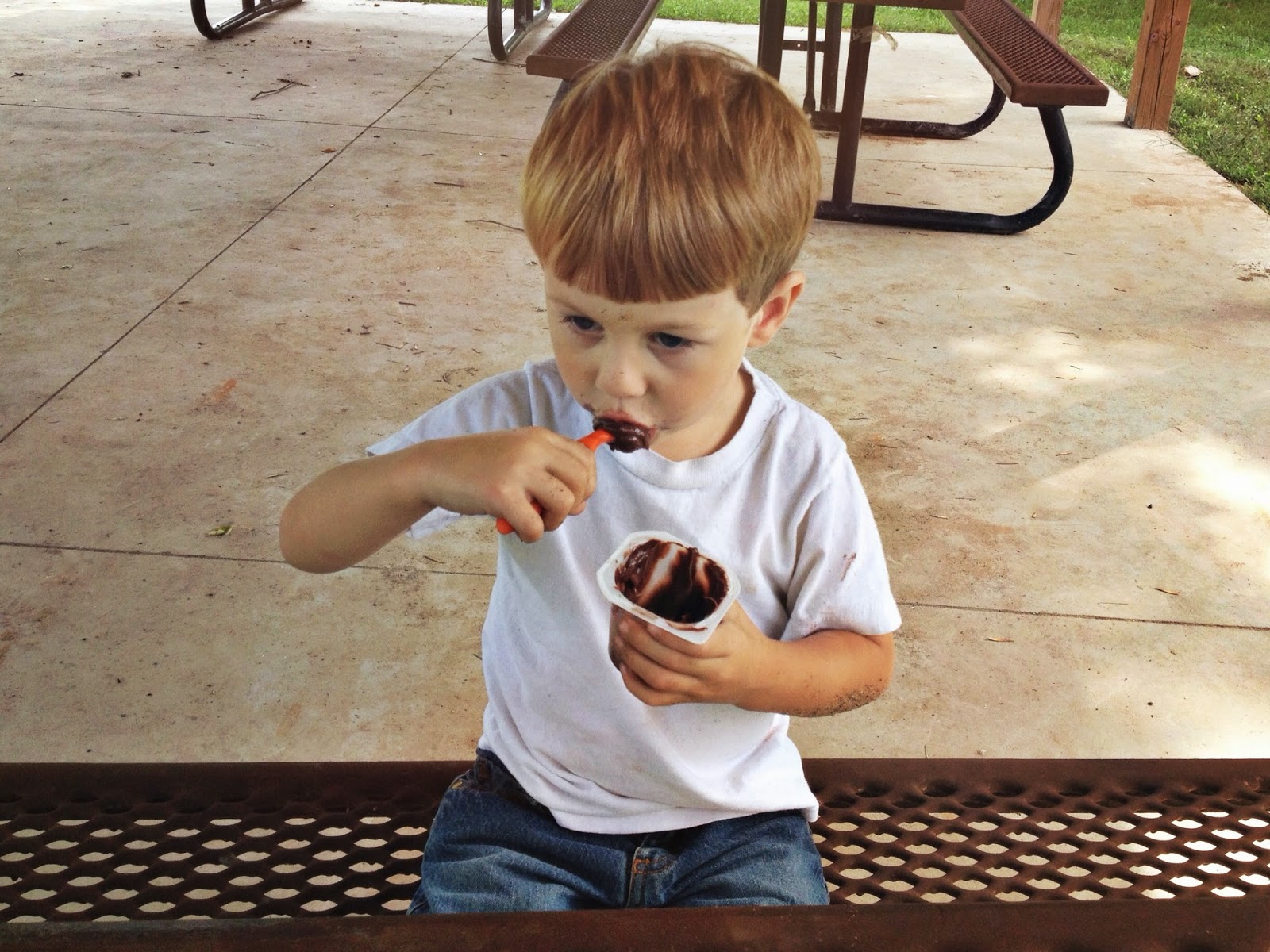 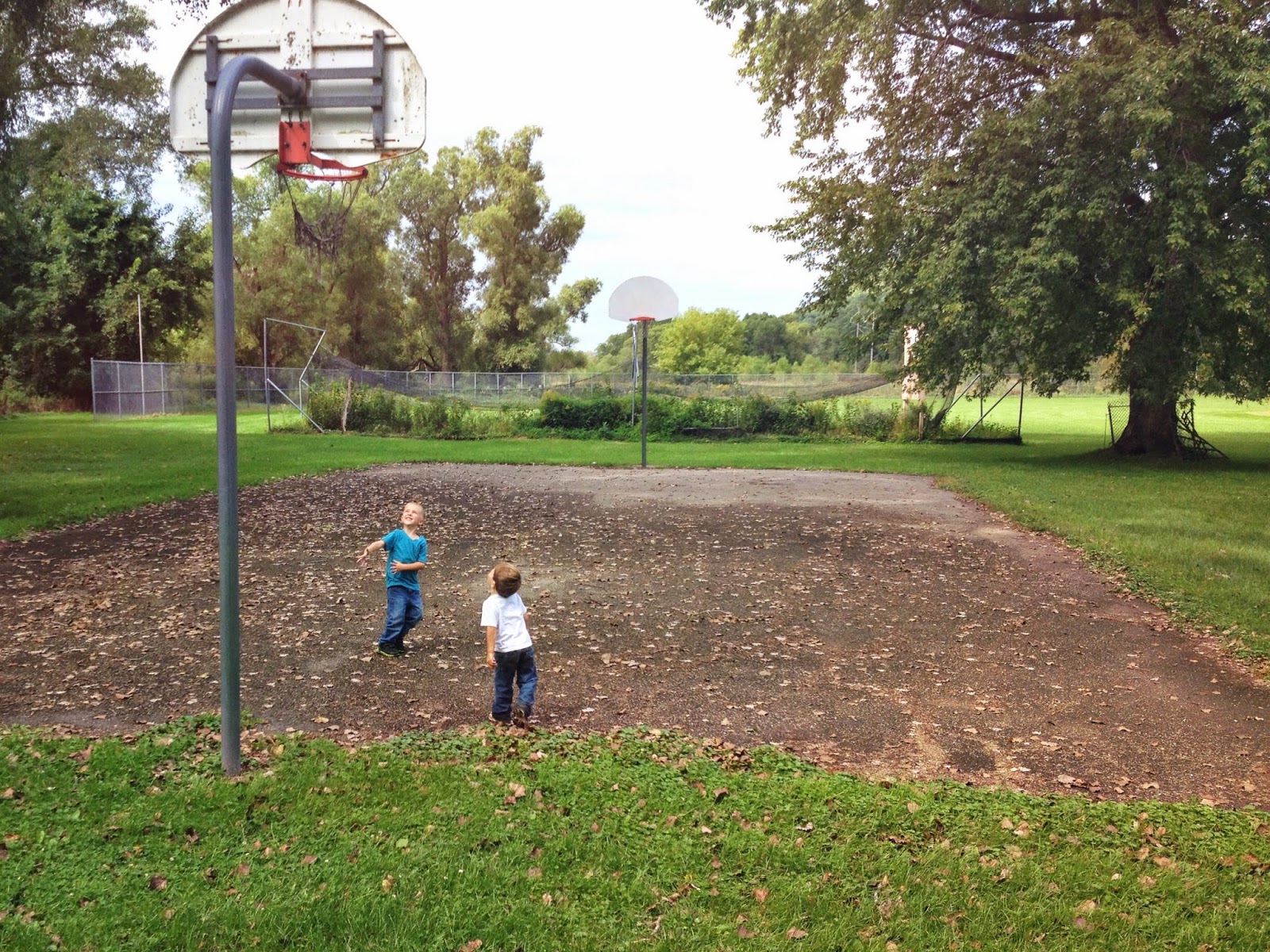 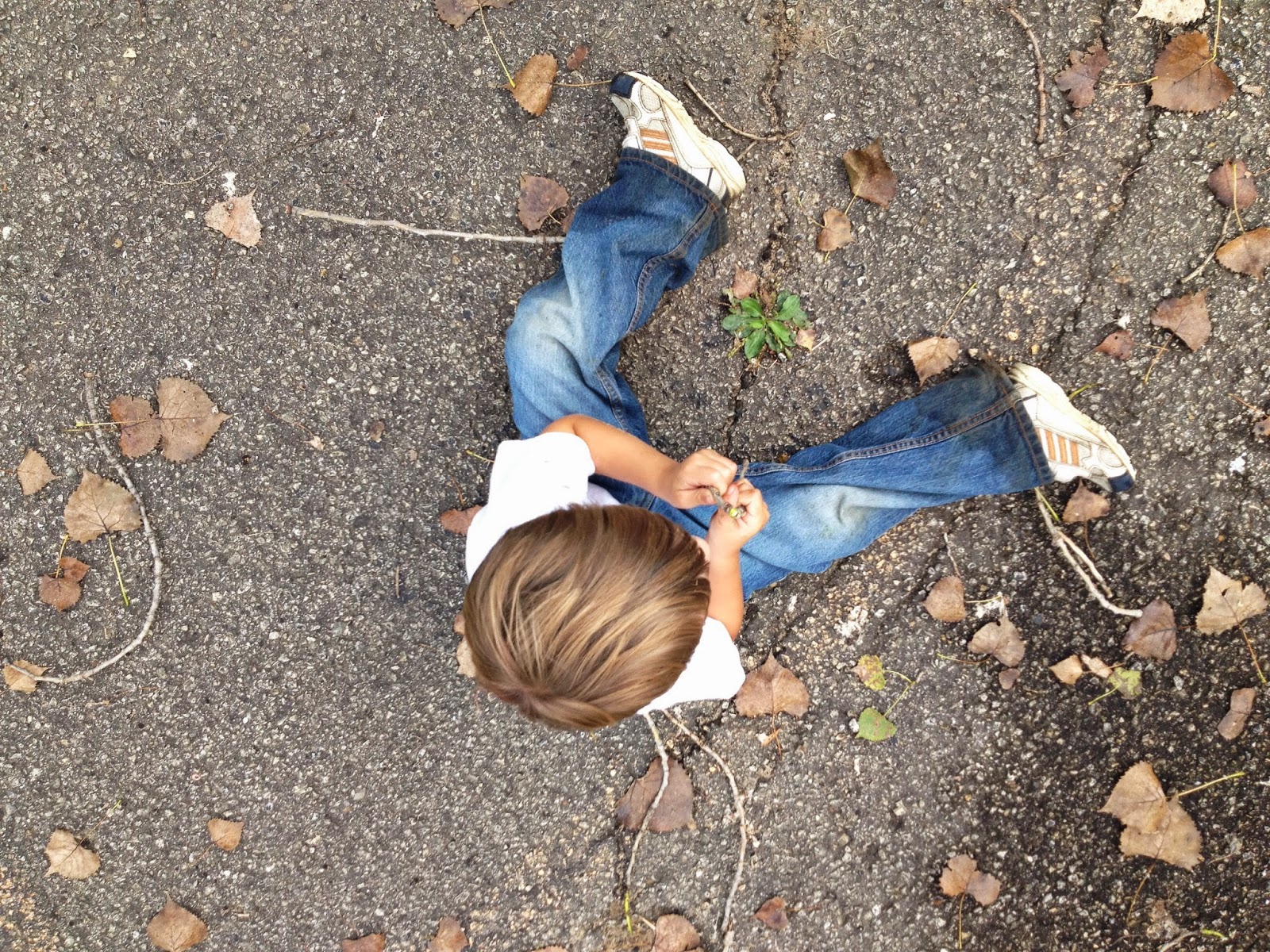 Posted by The Mahlke Chronicles at 6:30 PM