“When I was five years old, my mother always told me that happiness was the key to life. When I went to school, they asked me what I wanted to be when I grew up. I wrote down ‘happy’. They told me I didn’t understand the assignment, and I told them they didn’t understand life.”
-John Lennon

Last year marked ten years since the fateful day that changed my husband's life forever. We celebrated that day with a good old fashioned surprise party. It's hard to top that, and so I didn't even try on his eleventh year after the accident in Iraq. Instead we strung together a series of small celebrations over the course of a long weekend. He's one spoiled man, my husband; and I make a habit of telling him that often. There's something about him that makes people want to extend extra courtesies, favors, gifts. People may say it's because of his war hero status, but I suspect it has always been this way, long before he touched boots on the sandy desert.

David likes to refer to that day eleven years ago as his birthday as he tells the stories of his "deaths" and "rebirths." So we celebrate it as such. This year the boys and I schemed and decided to throw him a little surprise dinner celebration the eve of the big day. But Ashton has not yet grasped the intricacies of secrets and surprises and he yapped and yapped about birthdays and cakes and presents. To David's credit, he didn't spoil the surprise and played along. A homemade banner hung as a backdrop to our night as we lit candles on the cake we made, sang Happy Birthday and gifted him with silly but practical purchases from the Dollar Store. David teased that the whole night set me back seven bucks, but you can't put a price tag on the faces of two little boys beaming at their Daddy; and although they have yet to understand the true meaning of the celebration, he is already a hero in their eyes.

On the actual anniversary, we unloaded the boys with the in-laws and enjoyed a kid-free night with friends. While Spencer and Ashton revved dump trucks through mud at Grandma's house the next day, David and I lounged around at home, enjoying a rare day to ourselves. Sleeping in. Brunch. House work done at a casual pace without interruptions. And then a matinee. By the time we arrived at the in-laws, the boys were soaking away the evidence of their adventures in the tub. 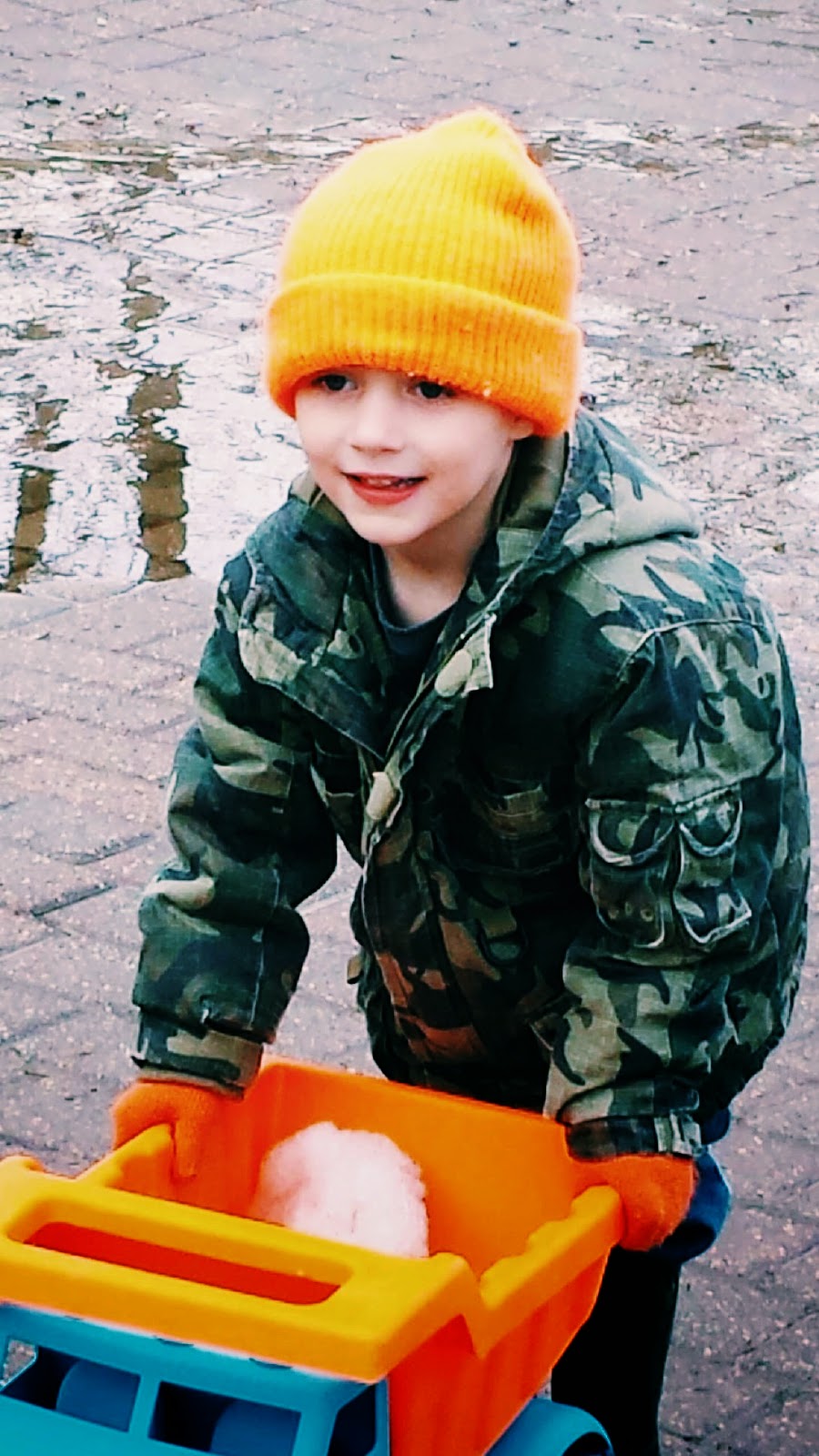 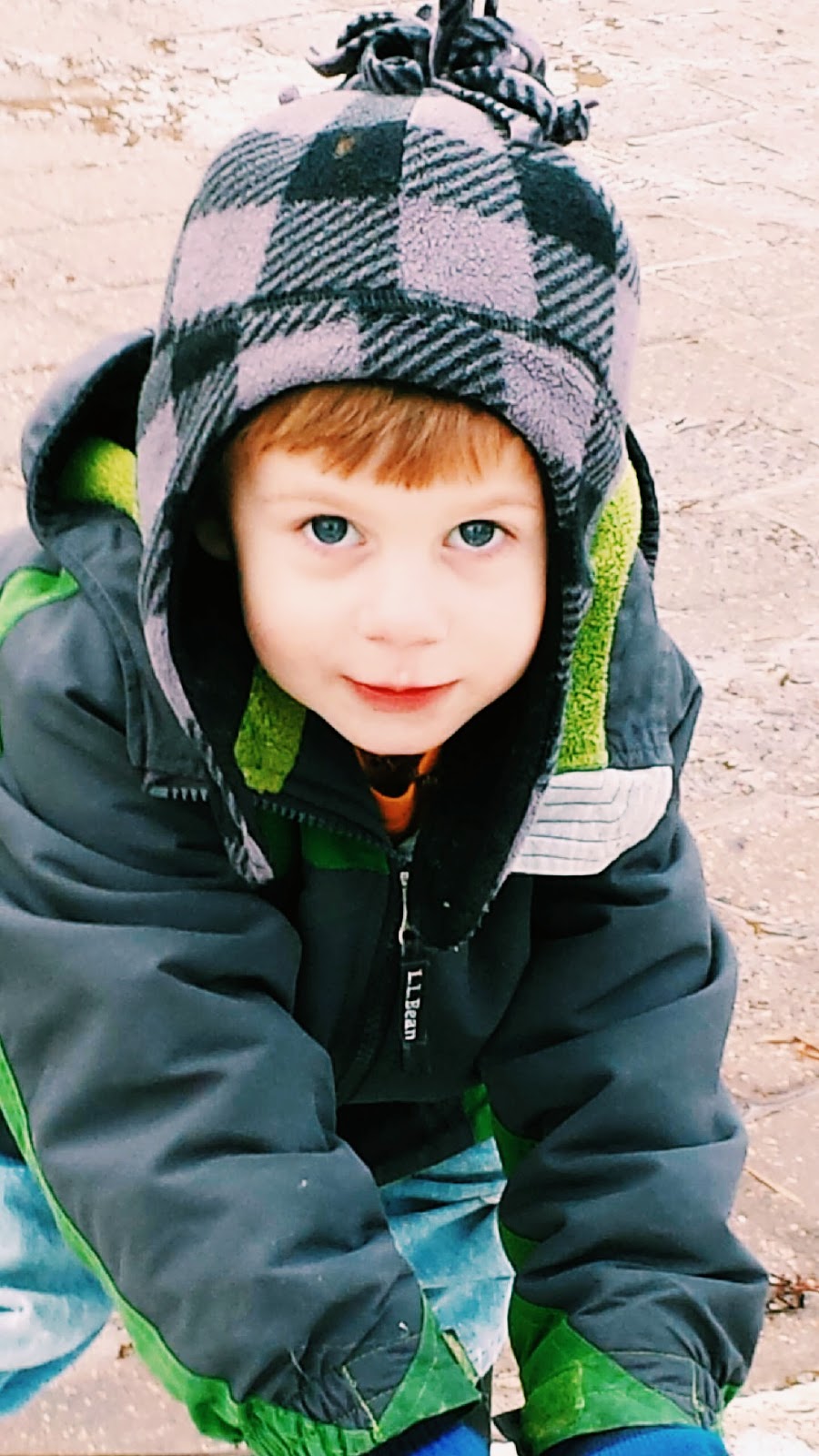 The anniversary celebrations culminated on Sunday with a fancy feast back at the in-laws. With full tummies and full hearts, we were full of grace and gratitude and peace. It felt like any other day, which is really the amazing thing of it all. David's fateful day eleven years ago will never be forgotten. It's a part of so many people's lives now. But life goes on. Praise the Lord, life goes on. 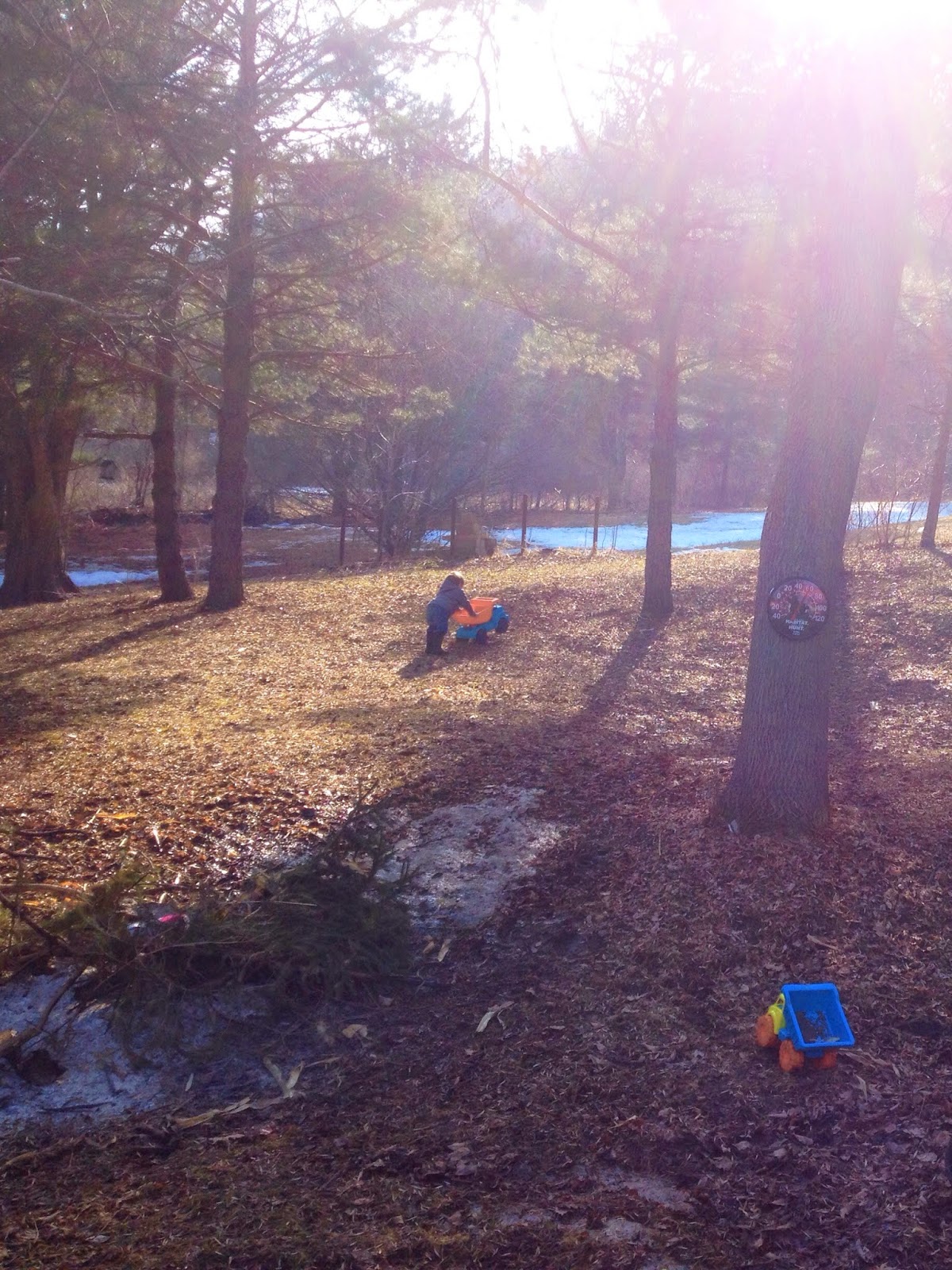 Happy Iraqiversary, David. Since our days in the deli, we've come so far. I'm grateful to spend not only every anniversary with you, but each and every uneventful, blessed day. I love you.

If you're interested in his story, watch this YouTube video.
Posted by The Mahlke Chronicles at 8:30 PM