As the weather turns cold and it's harder for us to get outside to burn excess energy, we tend to hibernate a bit. After a few weeks of hibernation, I was going a bit out of my mind. We all were. Moods were crabby and boredom was at its peak. We've exhausted every avenue of indoor activities--legos, coloring, projects, forts, trains, hide 'n seek, races. We even holed up in the garage, still bundled in layers, to play with our beloved outside toys and pretend the four walls around us didn't exist. And although the garage play was successful, we desperately needed out still. So one day we ventured to the rec center for their preschool open gym, something I've known about for years but never took advantage of. After just one morning spent running off that excess energy and playing with someone else's toys, our household felt brand new. Refreshed. Moral of the story: hibernation is for the bears. 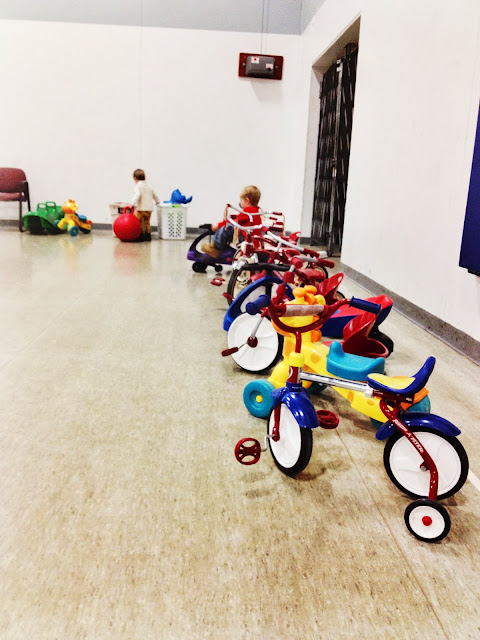 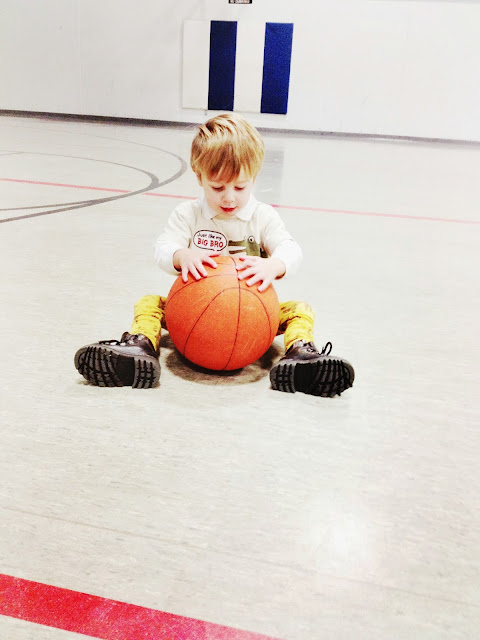 Amidst this pre-winter angst, we learned a bit about the letter L. We utilized YouTube again as a valuable resource and we also checked out books from the library. I realized that my oldest son does not carry my same overactive empathy gene. When I was sick with sorrow for the poor zebra being ravaged by the lion, Spencer was amped and wanted more. His daddy is proud that his son carries his same love for hunting.

We made lions for the bedroom doors. I cut little strings of brown fabric for the mane, which was a big hit. 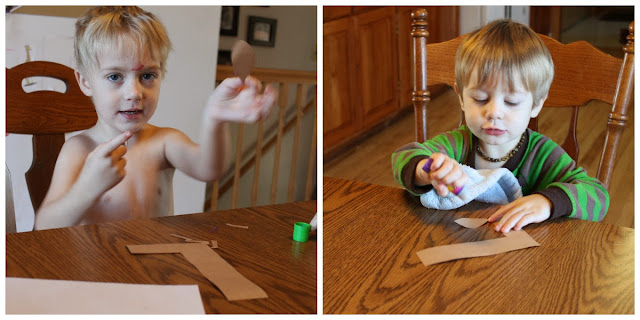 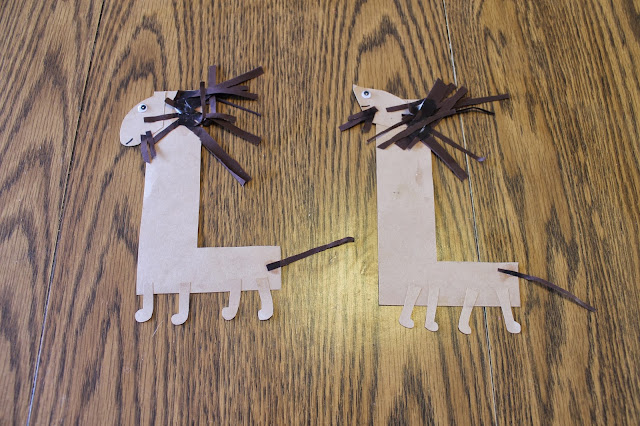 We also learned about llamas since one of our favorite book series is the Llama Llama one by Anna Dewdney. If you've never checked out these books, I'd definitely recommend them. Ashton and I played a color matching game while Spencer was at preschool. The objective was to dress the llamas in matching colored pajamas. Ashton was more concerned with the llamas being cold than actually dressing them in matching jammies. Perhaps he inherited my empathy gene...? Spencer jumped in and played a round of the game after school. 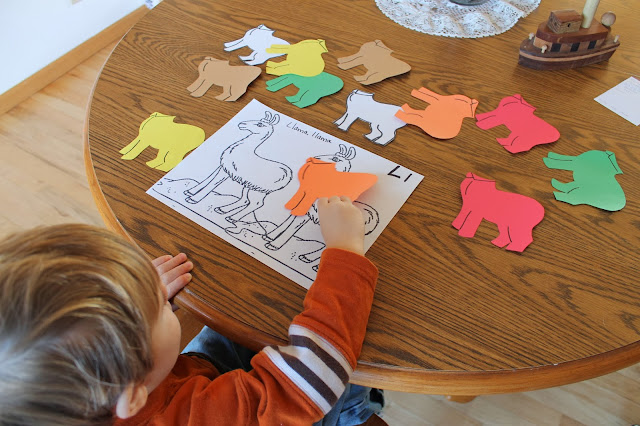 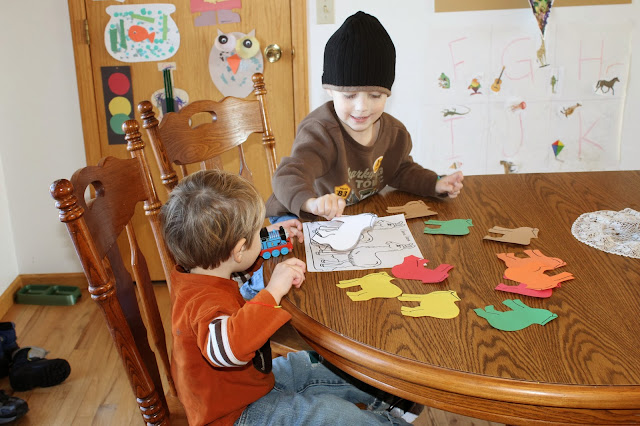 Our final activity was a counting lady bug game. The boys placed the appropriate number of spots on the lady bugs according to the number printed on the bug.