I must admit that sometimes these alphabet projects seem more of a hassle than they're worth. Some weeks I spend a lot of time brainstorming, pinning ideas on Pinterest, cutting oodles of construction paper and planning. And a lot of the times the projects are a big fat flop. The objective of these projects is to instill learning using the alphabet as a starting ground, but sometimes all I feel we're learning is how to make big messes and eat loads of glue. At this age it's hard to pinpoint the knowledge gained in any given activity, so I keep on trucking, knowing that we're at least trying.

Lately, though, I've been noticing a difference in Spencer. He has always shown little interest in learning the alphabet, and I've long suspected he is playing dumber than he actually is. But recently he's shown me glimpses of his desire to learn, and allows me peeks into the knowledge swimming around in his brain. He identified a handful of letters the other day and I pretended like it wasn't a big deal, like it's something he's done a million times, but inside I was throwing a celebration, cheering and screaming and beaming with pride. I, of course, praised him for doing a good job, but I've learned the less importance I put on a learned skill, the more naturally it comes to him.

Then there's Ashton. I was clapping and celebrating the other day when he pointed at a letter and declared, "E Elephant." Turns out, it was a happy accident, because another day he identified the letter A as "E Elephant." Apparently, something about our E week and elephants in particular resonated with the kid, and now he's stuck on Es and elephants.

This week on our library run, we got books on horses, helicopters, colors and some seasonal ones. 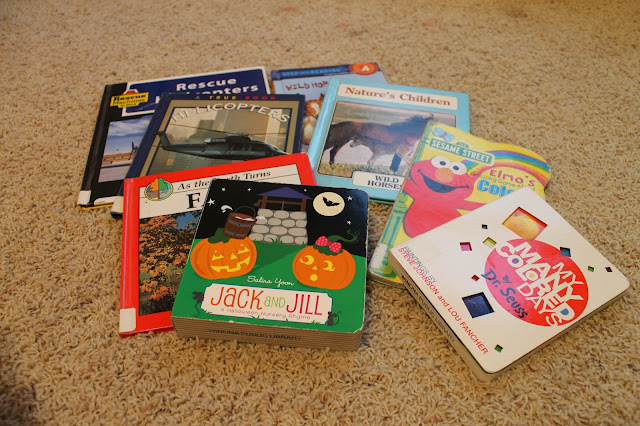 Our first project was to make a horse H for the boys' bedroom doors. I asked them what colors they wanted, and they chose some very brightly colored horses. 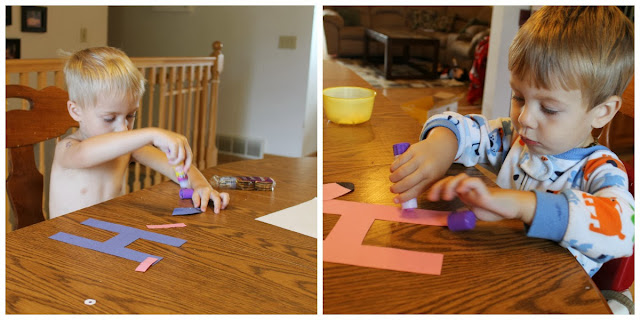 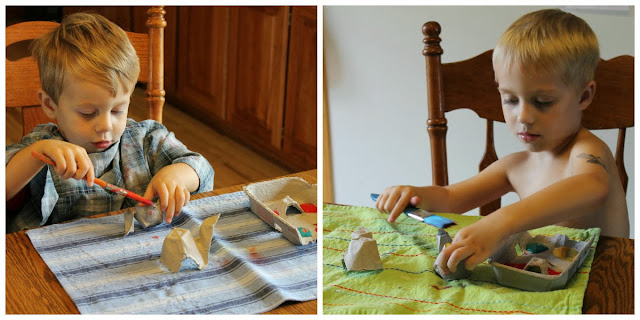 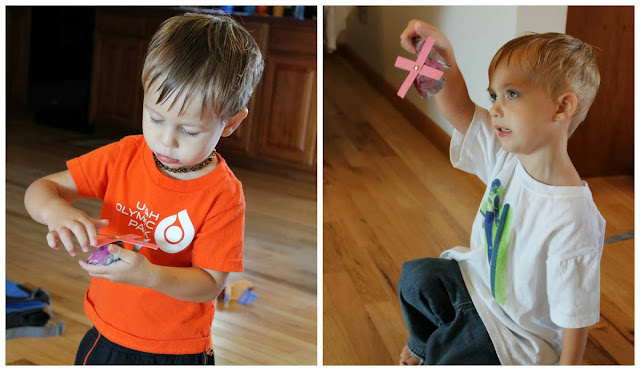 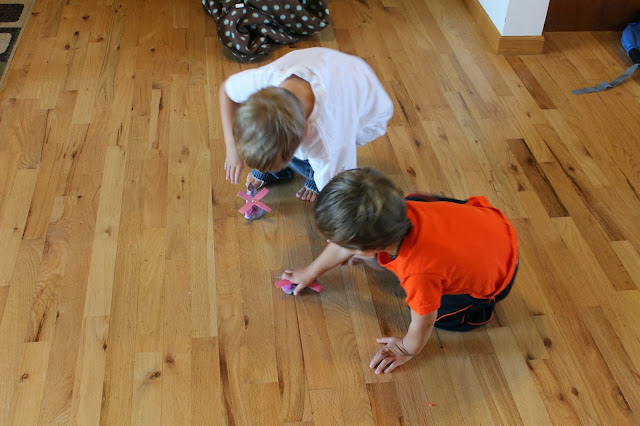 This week while Spencer was at preschool, Ashton and I focused on shapes and colors. I made a faux-puzzle house, where he had to match shapes and/or colors. Just like his alphabet focus revolves around the letter E, his color obsession is orange. He can identify that color correctly every time, but then struggles with the rest. And he's a whiz at circle and squares. This activity was a big hit and we spent quite a bit of time on it. Even Spencer got in on the action after school. 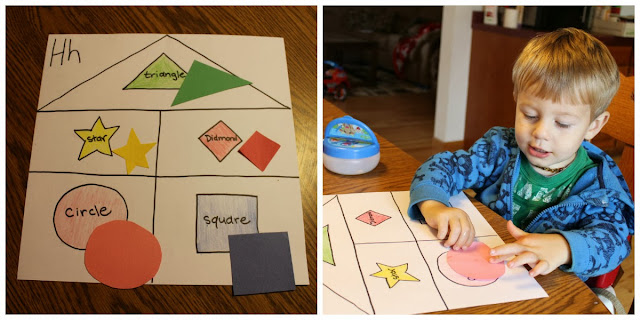 While I had my big girl camera out the other day during a project, Spencer laid his head on the table and asked me to take his picture. If he is going to so willingly pose for me, you better believe I won't hesitate to snap away. And in true little brother fashion, Ashton had to mimic Spencer. 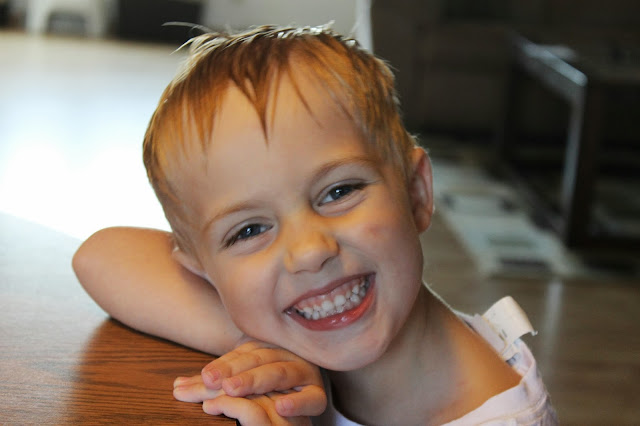 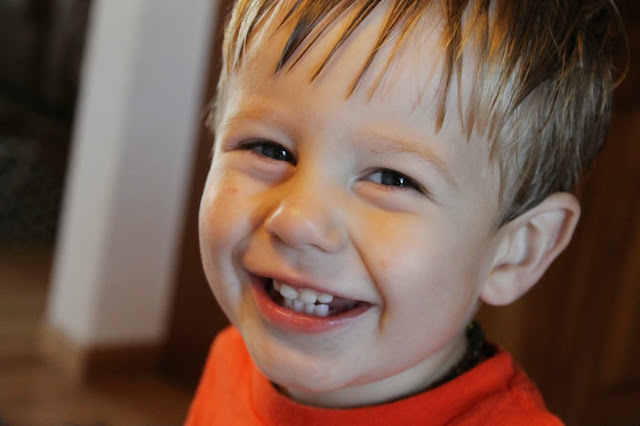 Posted by The Mahlke Chronicles at 8:10 PM