Mourning the Loss of Color Blindness

"Parents can only give good advice or put them on the right paths, but the final forming of a person's character lies in their own hands."
-Anne Frank


As I was flipping through channels the other day, trying to find a show to appease my four-year-old while I cooked supper, I was stopped dead in my tracks. He declared shows he previously loved "girl" shows. Until this moment, he hadn't associated with gender stereotypes. We've never encouraged or discouraged things based on our children's sex. Spencer's first favorite color was pink. He's always preferred Minnie to Mickey Mouse. When he said he wanted a doll like his best friend's, I went out and got him one. But lately he's been labeling things as boy or girl; and each time my heart shatters into tiny pieces. I know this is a small fracture in the world where he once saw things through innocent eyes; and soon this fracture will grow so big that he'll completely lose identity with the little boy who once saw pink simply as a color. I'm mourning the loss of my son's color blindness. 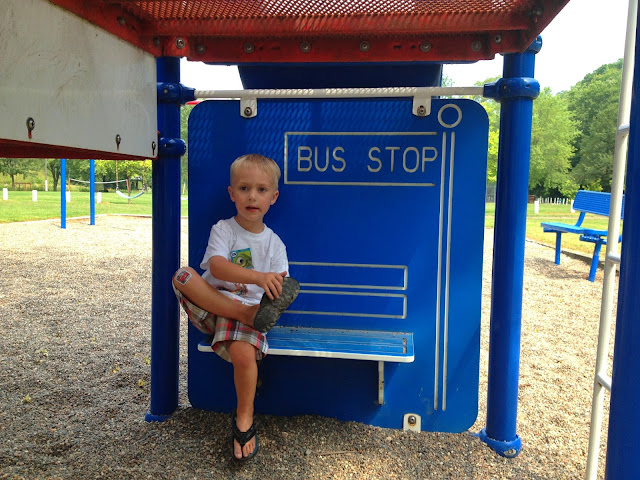 Soon enough Spencer will start kindergarten, first grade, middle school, high school, graduate and move away. It is becoming so apparent that my days with him are limited. My opportunity to instill good morals, manners and the biggest heart to love and accept all colors of the world are numbered by the day. One day he will be faced with the world's big issues, and I hope in these early years that I've armed him with enough ammo to take it all on. But at least for now--today, tomorrow, and a few years to come--a hug and a band-aid cures all ailments.

As for his little brother, I'm still cultivating the individualized interests in him, whether it be the all-american boy sports, tractors, trucks or catering to his more nurturing side with dolls and stuffed animals and loveys. I'm all too aware that someday he, too, will lose his color blindness. 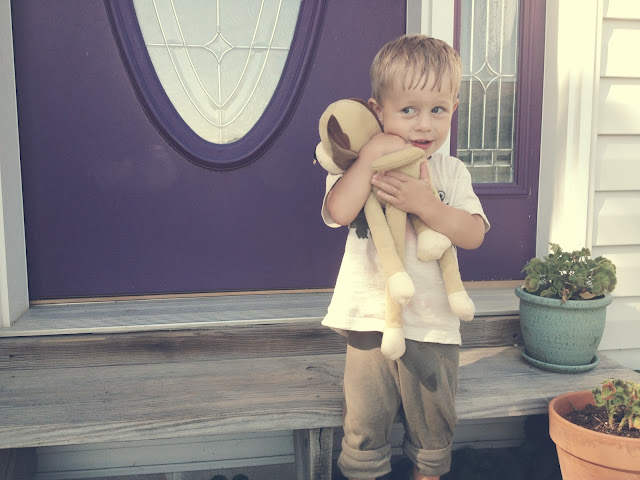 
The other day the boys and I found ourselves at a park with a man-made lake, a nice little swimming hole. With the best intentions, I told them they could go look at the water, maybe throw some rocks in. We took our shoes off and walked the water line, enjoying the abandoned beach that is undoubtedly cluttered with bodies on a typical summer day. Before I knew it, one boy fell in, soaking his clothes and the other followed suit. Throwing out all the rules, I stripped them down to their underwear and diaper and they ran and jumped and splashed in the water. Once people started drifting in, we made the naked walk back to the van. No towels. No dry change of clothes. And no extra diapers. What's a mommy to do? Spencer rode home in the nude. Ashton wore a makeshift diaper. It probably tops the charts as one of the best days of the entire summer. 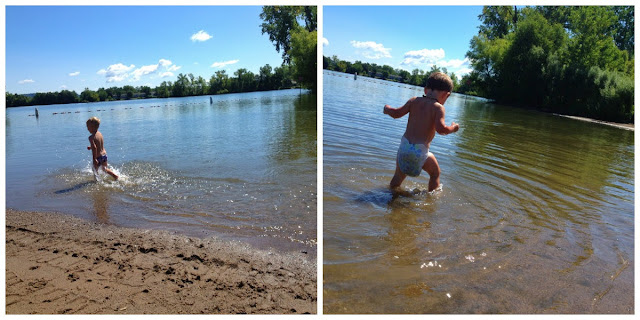 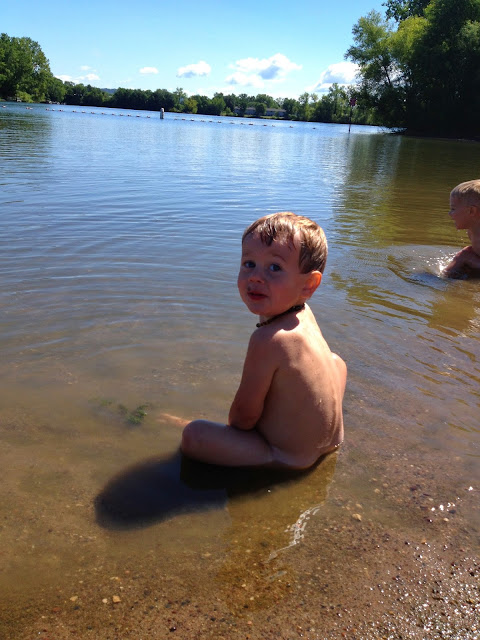 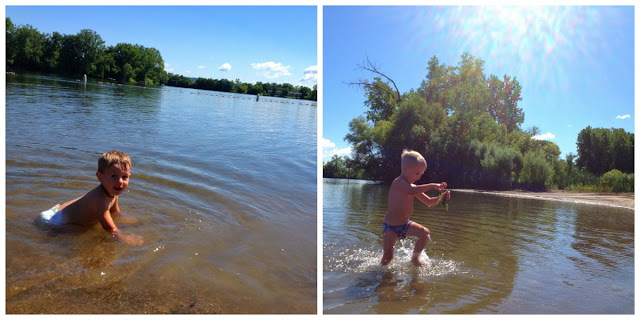 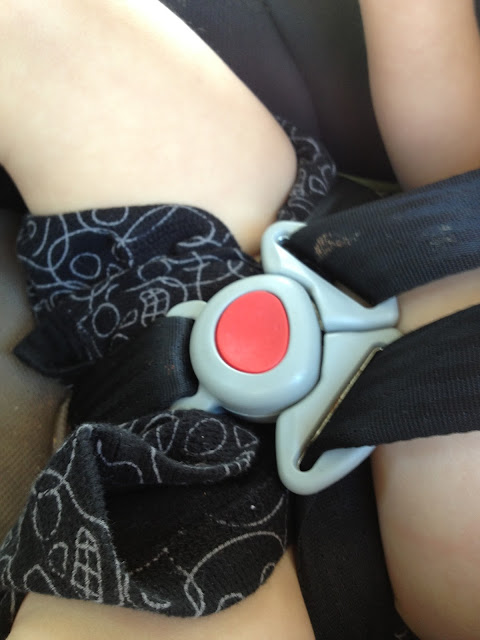 Now that the summer is winding down, we've been visiting as many parks as we can cram into these last few weeks. Last week we chose a very scenic one for our picnic and then explored the vast beauty, spending the majority of time at the teensiest of creeks. It's always water that wins with my boys. 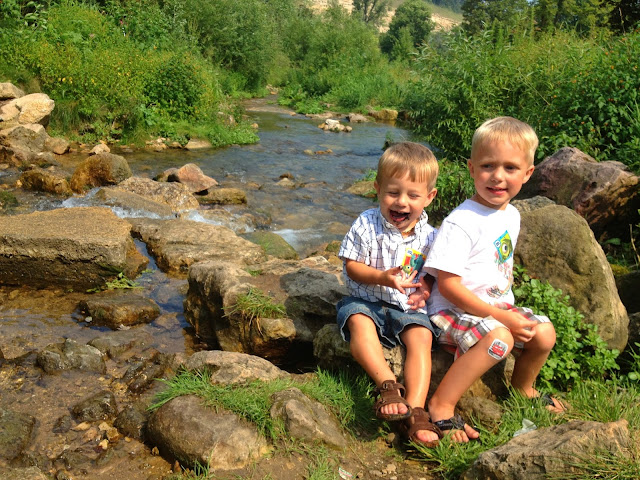 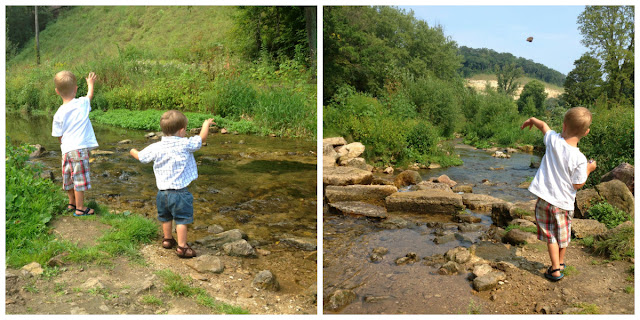 Last week we had a play date with some friends at the same park where we had our spontaneous swimming adventure. As I pulled into the parking lot, I specifically told Spencer and Ashton that we were not going in the water that day. Sure enough, we ended in the water. And, of course, I was as ill-prepared this time as the last. No towels, no change of clothes and no extra diapers. But this day probably ranked up there in the top ten as well. 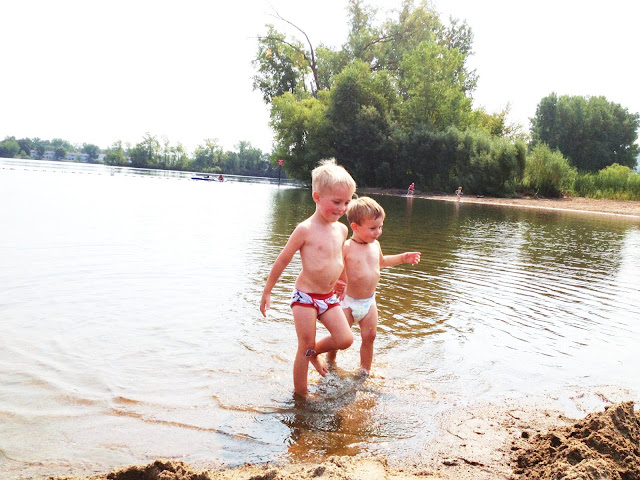 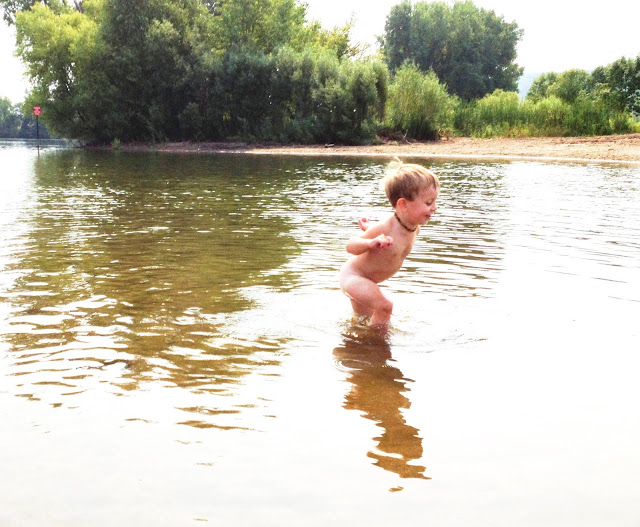 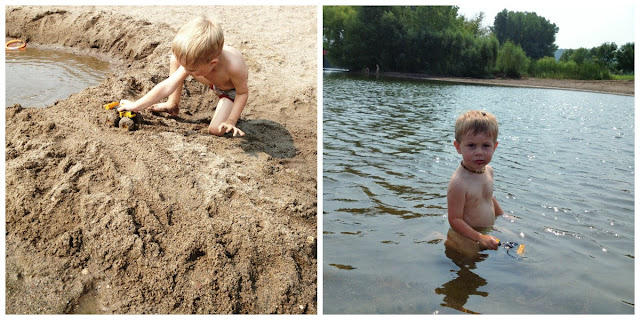 And last weekend we brought the best aspects of camping to our backyard: a bon fire, roasted hotdogs and marshmallows, complete abandonment of house rules. We sat around the fire with our adult beverages as the boys ran naked in the yard. Another top ten moment, for sure. 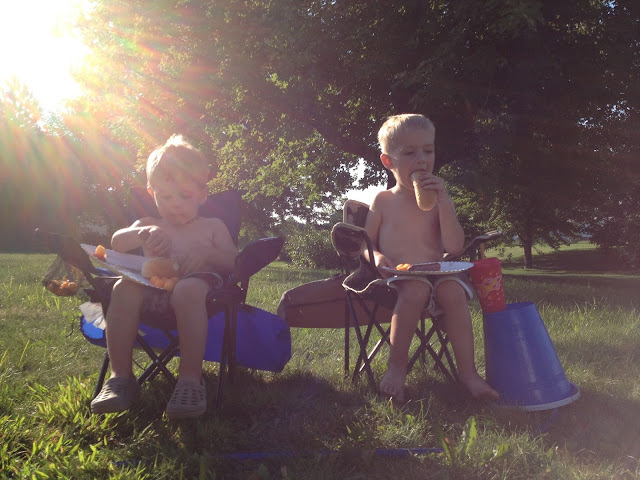 Posted by The Mahlke Chronicles at 2:47 PM