As I mentioned last week, Shawna from the Dovetail Blog and I decided it'd be fun to guest post on each other's blogs. The theme: imagination. I was first up with my piece called Imagination Garage. If you haven't read it yet, head on over to Shawna's blog and check it out. Without further adieu, here is a little bit about Shawna and her spin on the theme.


Shawna is a caffeinated housewife in small town British Columbia. She is a stay at home mom of two, reckless DIYer, lady nerd, food lover, and instagrammer. Find her at Dovetail Blog where she shares her hard truths and belly laughs on marriage, nesting, motherhood and other random shenanigans. 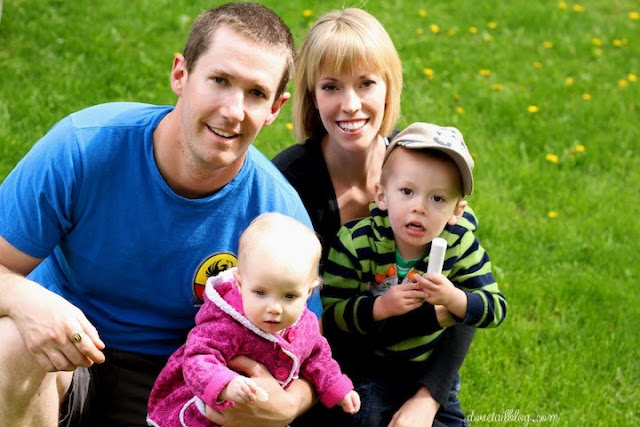 Just a Weird Mom Raising Weird Kids
I was that weird girl with a weird imaginary friend. A guy named Laurie (unisex names were all the rage in the 80s). Though I remember even thinking to myself that the whole thing was weird, I was quickly distracted by the fact that Laurie had a cat. And what's even more awesome than an imaginary cat? That's right, an imaginary cat's baby kittens.

So in all my weirdness I crafted a handmade crib for these mythical kittens that had just been brought by a fictional stork to the invisible mama cat. My parents smiled encouragingly at me and let me take a picture using the precious film that would sit in the fridge for years until finally developed. I'm sure they had whispered talks in the kitchen about how weird I was becoming, but they were probably just happy one of their four kids was busy, quiet and out of trouble.

You can use any diplomatic term you like; odd, creative, or inventive. I’ve been called a lot of things, and normal isn’t one of them.  My imagination still runs amuck into adulthood, being fuelled by hope, Pinterest, faith and a couple of glasses of wine. Though my husband is often tethering me back to reality when I get on a tangent of reno ideas, he can't deny that my imagination is the muse for much of my life's great successes (and the scapegoat for a slew of embarrassing failures).

Imagination gave me the ability to love a career I hated. It supplied the vision to make our houses into homes.  It helped keep my husband and I company as two friendless newbies when we moved to new towns. Being a dreamer pushed me to have a VBAC. Now, on a daily basis, it receives a morning shot of espresso and helps me to find humour and enjoyment in motherhood.

I wonder where it will take my children.

I remember the first time I saw my two year old son fictitiously feed a toy pig his lunch.  I couldn't wait to tell my husband. Or the wonder I felt to see my one-year-old daughter copy her big brother and babble into a cell phone.

A smile involuntarily sneaks onto my face when I think about the years to come and what they will hold with my son and daughter. Tea parties with talking horses; capes made out of towels; fairy lands made of blankets and hula hoops; parachutes out of grocery bags; emergency room visits, ahem, more emergency room visits. The gates have been unlocked to a wide-open field where they can run free with everything weird, wonderful and completely unrealistic.

I hope it's a long summer for imagination in my kid's lives.  Soon enough rules will be imposed on rhyme schemes.  Insecurities replace passions. Possibilities tied into a nice bundle of limits and expectations. People will giggle when you put potato chips on your burger.

As summer dulls into fall, at the cost of labels, I hope my kids stay curious and charged by their wildest imaginings. I hope they stay assured that they can be built out of equal parts head and heart.  For as it's been anonymously stated, "Keep your heart open to dreams. For as long as there's a dream, there is hope, and as long as there is hope, there is joy in living".