We've been a little off our game this past week. I accuse swimming lessons. Any time our schedule is thrown off, things get a bit chaotic. We had swim lessons every morning, forcing us to rearrange our routine to make room for them in our day. But, hey, at least the boys will be able to blow bubbles in the water and pick up rings wearing goggles, right? It's all about perspective. 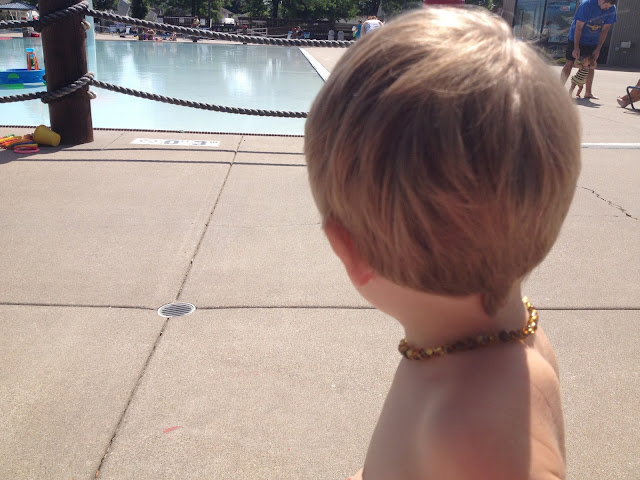 Ashton also grew a month older, hitting the big 21 month mark. Spencer often mimics my lamentations about the boys growing up too fast. The other day I overheard him in the van asking Ashton when he got so big, then he asked me what we're going to do with him. When I said I didn't know, Spencer suggested we throw him in the garbage, that way the garbage man can pick him up. I suppose that's always an option. Preferably, I'd somehow cram him back in my tummy, but Spencer's idea seems easier. 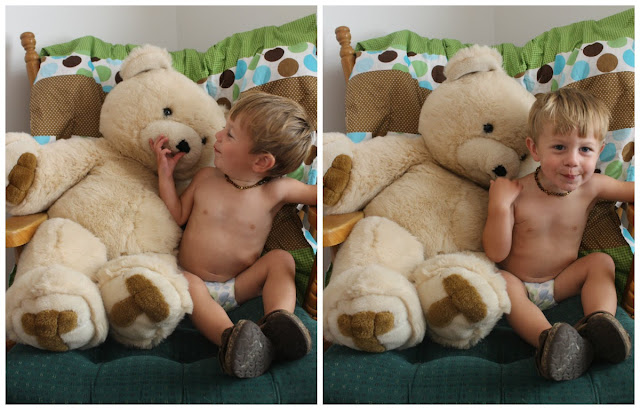 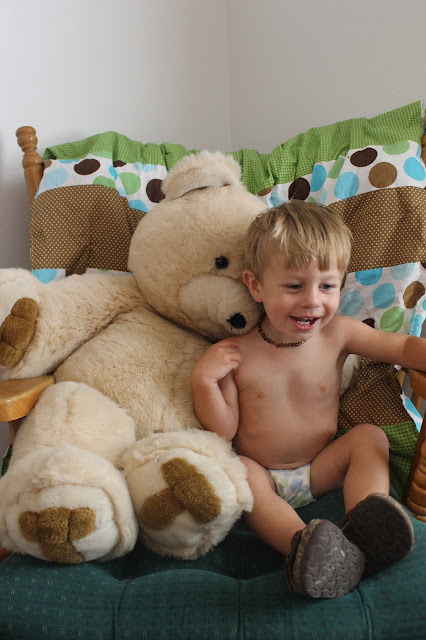 While we're on the growth subject, I should add that Spencer finally visited the dentist for the first time a few weeks back. Although he didn't love it (I mean, who does?), he did really well. He sat still and let the lady investigate his little chompers. After she declared all was well in there, he was sent home with some loot. 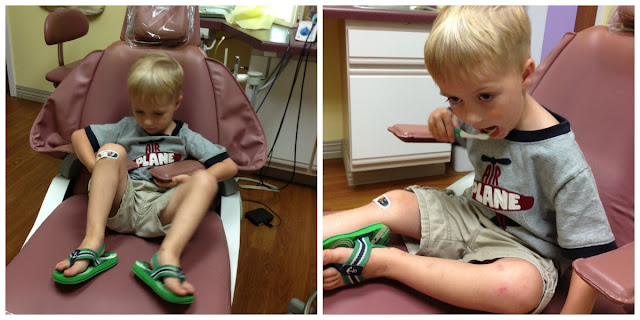 Even with our off week, we sneaked in some letter D activities. As always, we hit up the library for some books. I would recommend actually skimming the books first, or you just might end up with the world's most boring books about dams and then be forced to sit through them daily when your kid is more interested than you. 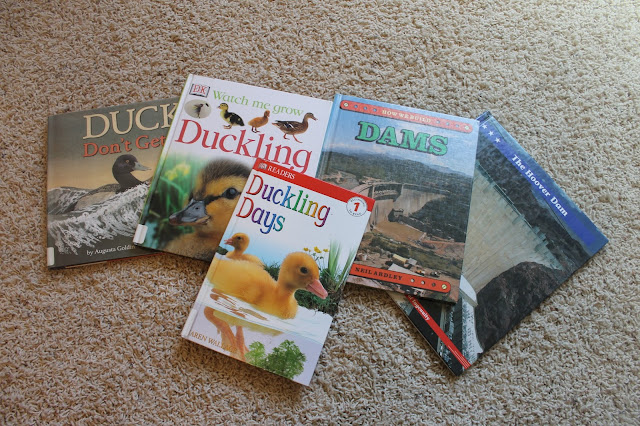 We made ducks for our door alphabets. Ashton chomped on the cap to the glue stick this time and actually managed a few swipes of the glue onto the paper since his mouth was occupied on something else. 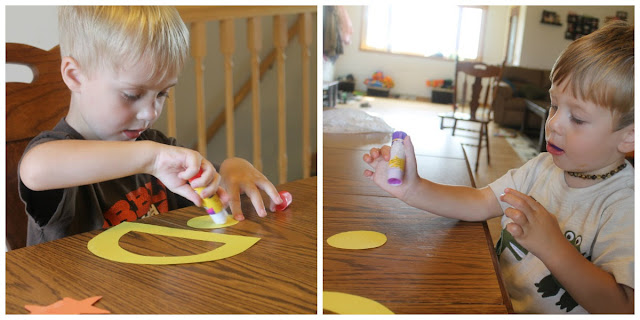 While I was getting my teeth cleaned at the dentist, I sent Dave on a mission to feed the ducks that congregate by the lake. Apparently the ducks had a standing appointment that day, so the geese filled in. Same difference, right? (I think it must be noted:  Upon reading our library books on ducks, we learned that ducks shouldn't eat bread or cookies because it bloats their little tummies. Whoops! Now you know. Not that I ever shared a single cookie crumb with a duck, but bread has always been fair game.) 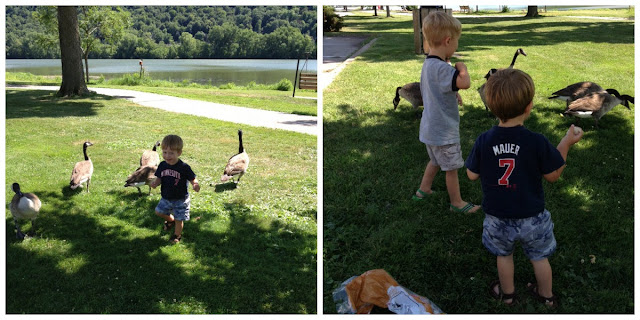 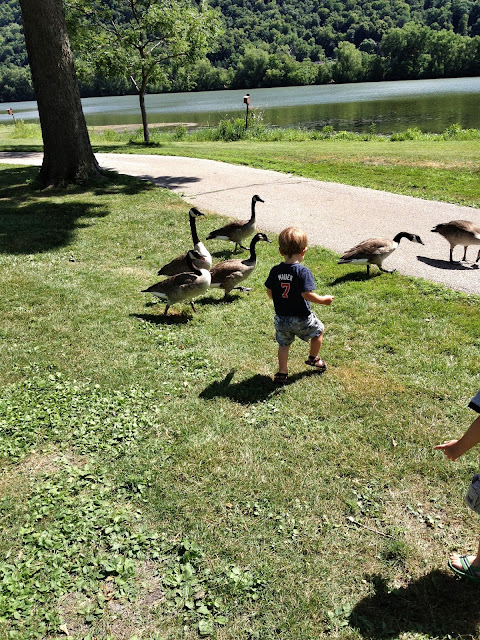 We got an impromptu project idea from one of the library books to see why ducks never get wet. Of course we couldn't resist, and we fashioned up on our experiment. 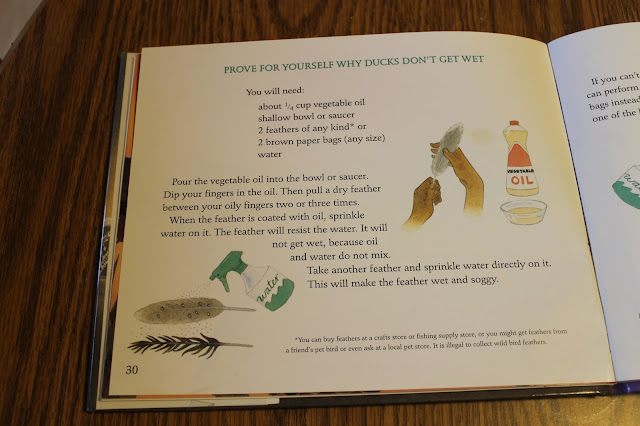 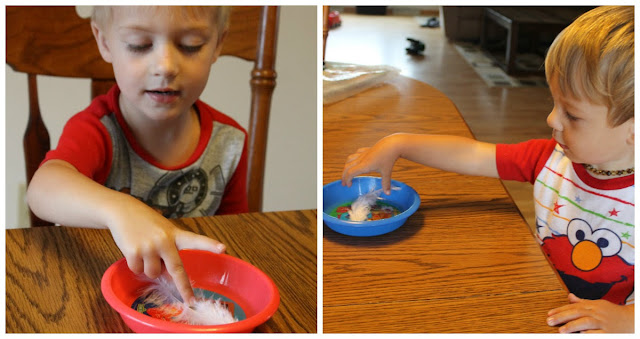 This segued into painting with feathers, of course, which naturally lead to incorporating choo choos. These beautiful masterpieces were gifted to Grandma Amy and Scharmer for babysitting while we snuck away for the first time this summer. A date! I had a few glasses of wine at dinner and then consumed a lot of buttery popcorn and Reese's pieces at the movie. A fine way to spend my first evening away with my spouse in a very long time, if you ask me. 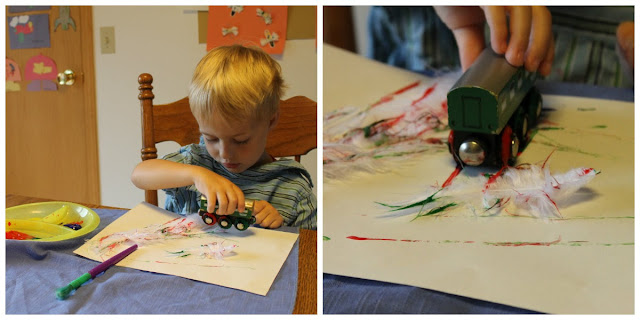 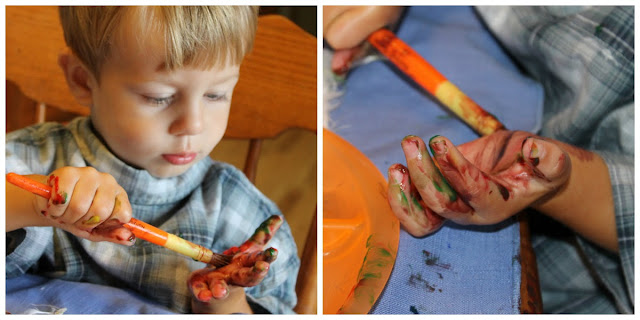 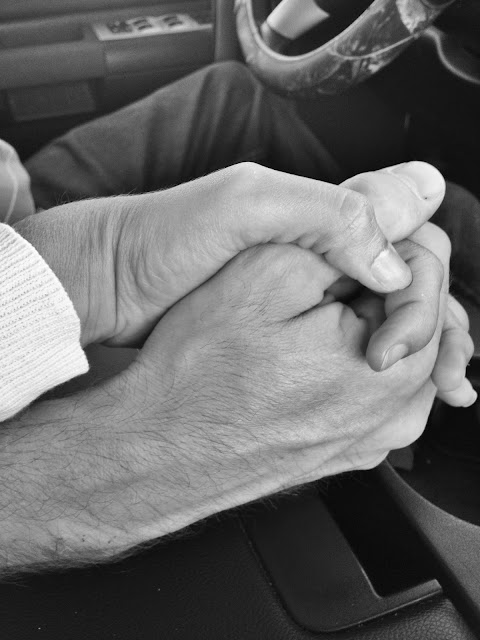 Our other D subject this week was dams. I found an idea online to create this extensive dam using popsicle sticks and other miscellaneous items, but I decided it wasn't hands-on enough for the boys--I'd be doing the majority of the work. So maybe our version of this project wasn't quite as fancy-pants and maybe it wasn't even functional as a dam, but the boys did every single bit of it themselves and loved it. We also had grand plans of showing them a real life dam on the river this weekend and then sculpting one ourselves on a sandbar, but the Minnesota summer has been a fickle one and now we've moved on to fall-like weather. What's next? Snow in August? Oh shoot, did I just jinx it? To all you Minnesotans: Sorry if it snows next month; I didn't mean it! 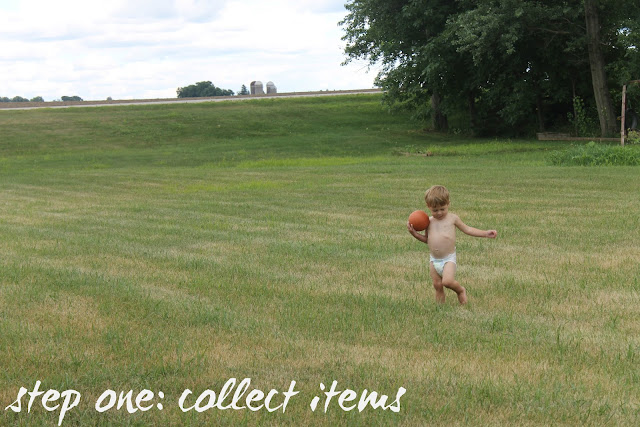 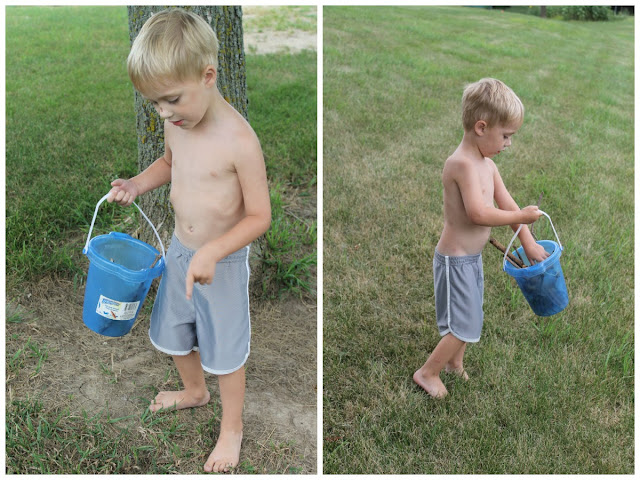 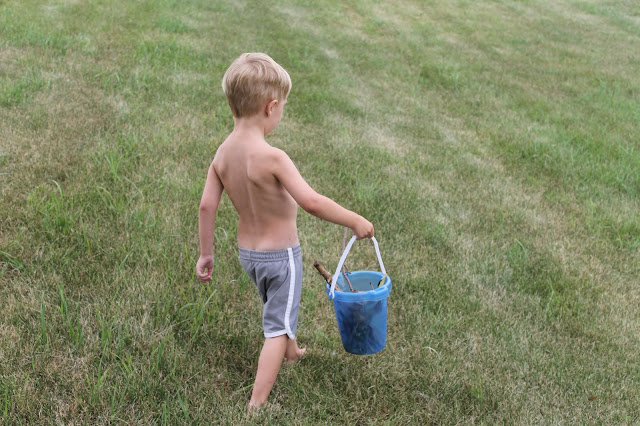 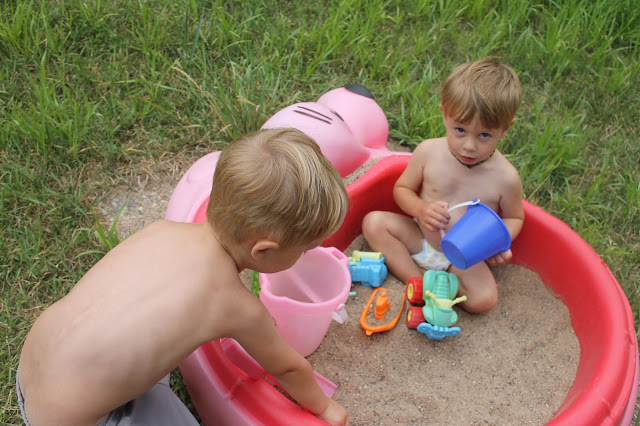 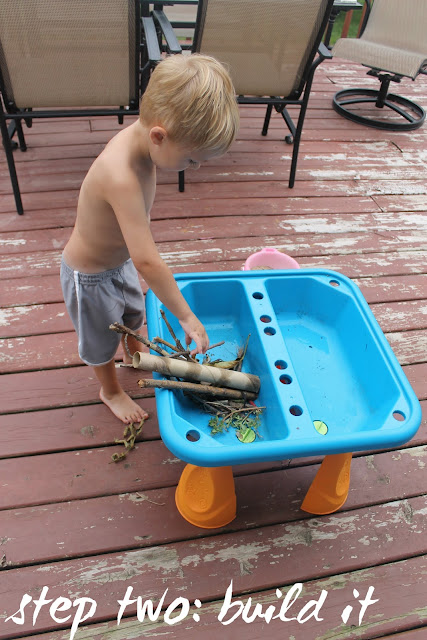 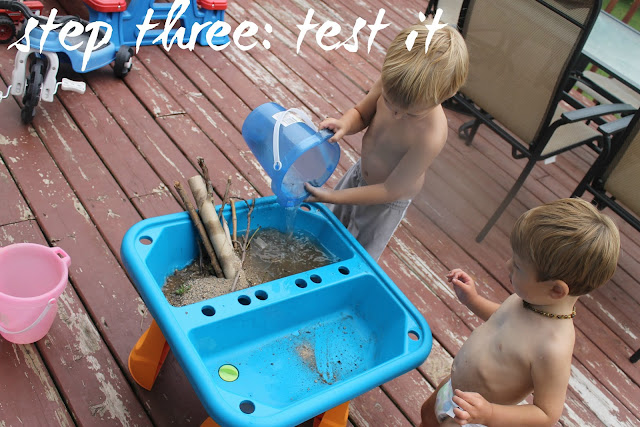 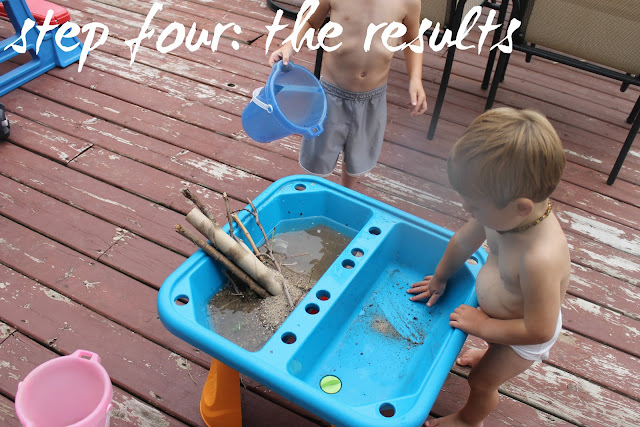 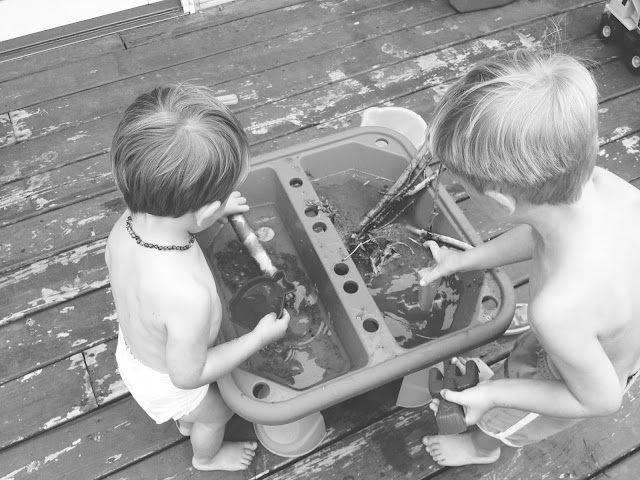 Also this week: I managed to lock my kids in the van, along with my phone, in the swimming pool parking lot. Thankfully Spencer hadn't been strapped in yet, so I coached him on how to unlock the doors. It only took about five minutes of me saying things like this:

Do you see the button that looks like a lock? No, not that one. The one next to it. No, that's no where near next to it. Come back toward me. No the other way. Yes, close, but now hit the button right next to it.

Pause while I throw my clenched fists in the air for a silent freak out.

A whole bunch of hugs and high fives and fist bumps and more praises and declarations of how he saved the day. Moral of the story: Put your keys in your pocket until you're ready to put them in the ignition because sometimes even when you mean to hit the unlock button, your tired, inattentive mind might not be paying attention and you just might hit the lock one instead. Spencer to the rescue! And now I think that about sums up the week.