This has been one of those off weeks. The flu bug we caught at the cabin followed us home, attacking the boys this time. The extreme heat and humidity have kept us prisoners in our own home, the sunshine taunting us through the hand-smudged windows. 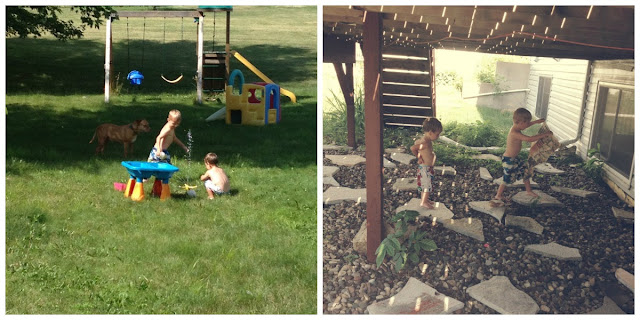 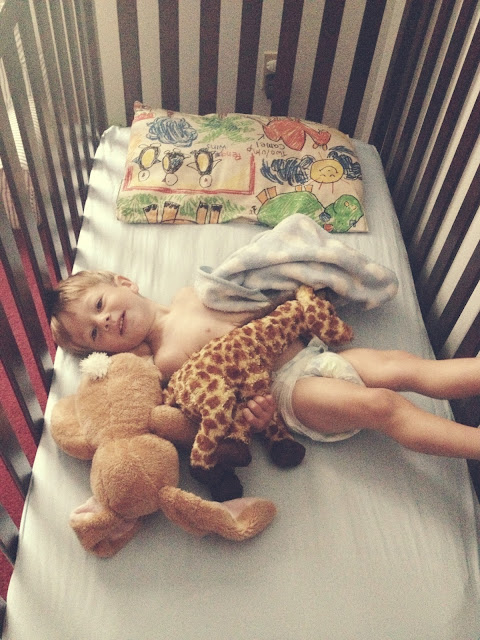 You'd think with being confined indoors we'd have plenty of time and ambition to do Letter C projects, but that really hasn't been the case. Ashton has been glued to me the majority of the week, making my irritable mood even more irritable. Spencer's been raising the volume in hopes of earning my attention, which proves successful, but it's not the attention he seeks. 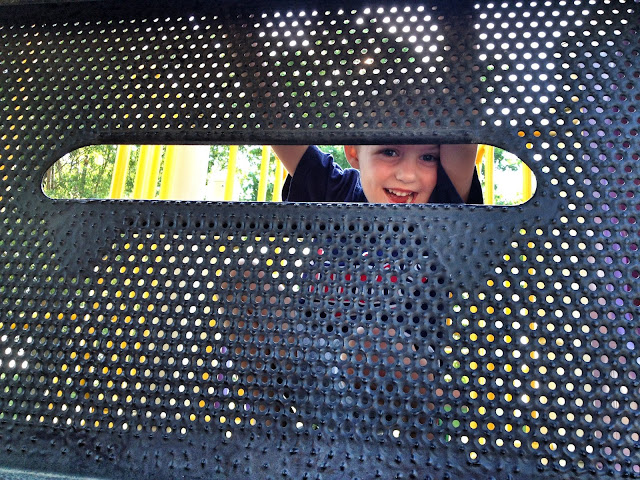 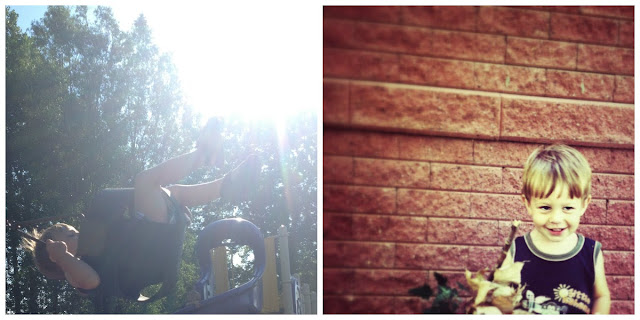 Even with our off week, we still managed to sneak outside for short 30 minute intervals before the threat of heat exhaustion chased us back inside. And we squeaked out some C projects as well.

One morning Spencer attempted a C worksheet, but he mainly just colored the car. He really isn't too interested in the letter itself, which is both frustrating and amusing. 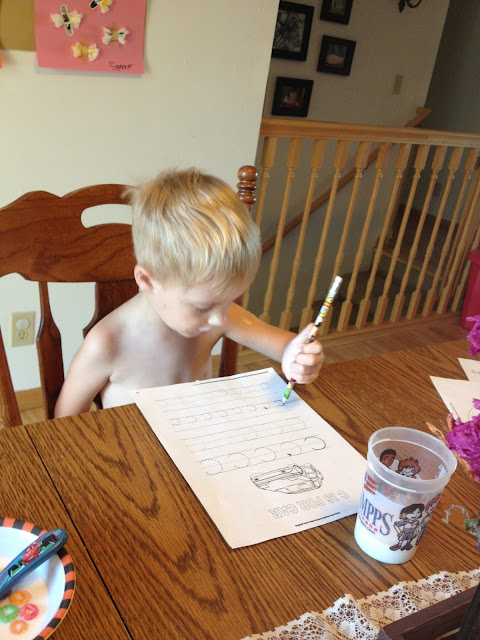 We picked up some crab books at the library, which always earns me some weird glances from the librarians when I seek their help locating atypical kid reading material. Upon reading these books, Spencer declared crabs are his favorite fish, and he wished we had eye stalks so we didn't need to turn our heads to see behind us, too. Both boys giggled when I demonstrated the crab's sideways walk. I intended on doing crab races, but we never did get around to that, what with our bad moods and all. 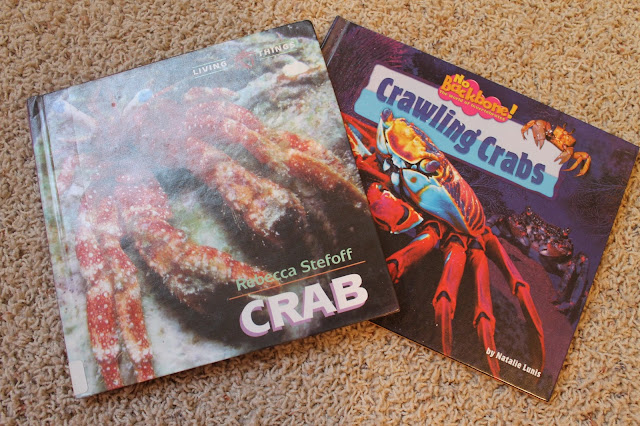 We continued the crab theme onto the door letter. 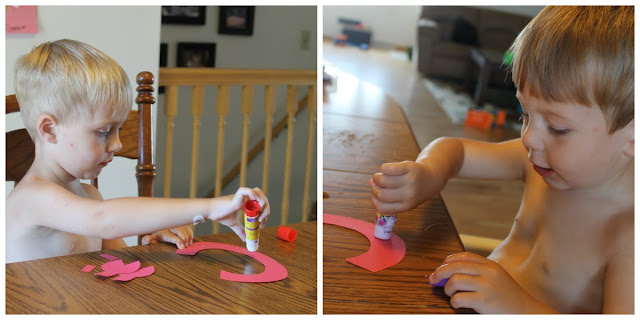 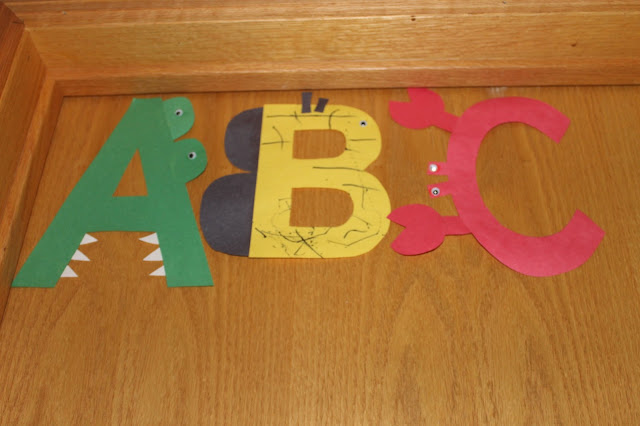 And used our hand prints to decorate some shirts, most definitely indicative of our mood this week. 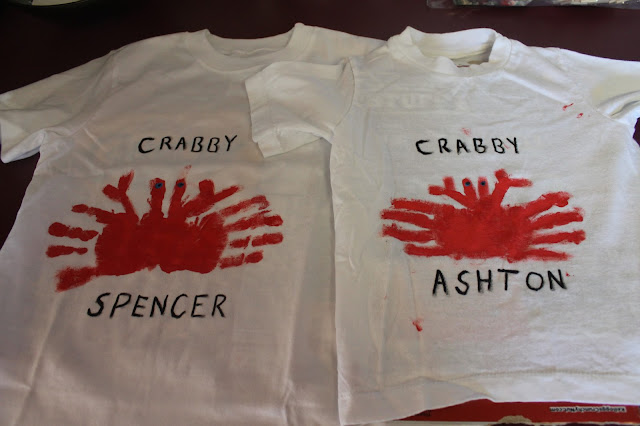 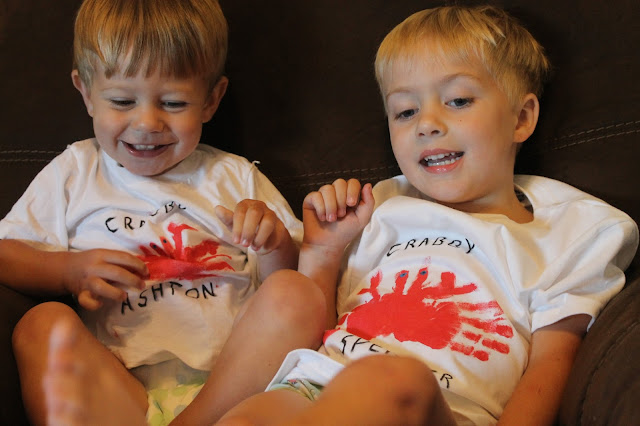 Our only other project was assembling a car. Spencer glued all his pieces simply by listening to my instructions and produced quite the unique car. Ashton swiped the glue stick on the paper a few times between bites and sucks on the glue lollipop. Progress, I suppose, is sometimes slow.

Hopefully next week we will beat the crabbies and grow more enthusiastic for the next letter.