I was probably far more excited for the letter A than the boys, staying up extremely late one night, scouring Pinterest for ideas, printing and organizing and brainstorming activities. Partway through the week, Spencer told me he didn't want to do anymore projects. I guess I'll take that as a sign to scale back next week for B.

We started Monday morning with a worksheet at breakfast, where Spencer traced a line from one airplane to the other side of the paper. This lead to more random tracing worksheets, one after the other. His enthusiasm excited me, even if his pencil wandered off the dotted lines more than actually stayed on. 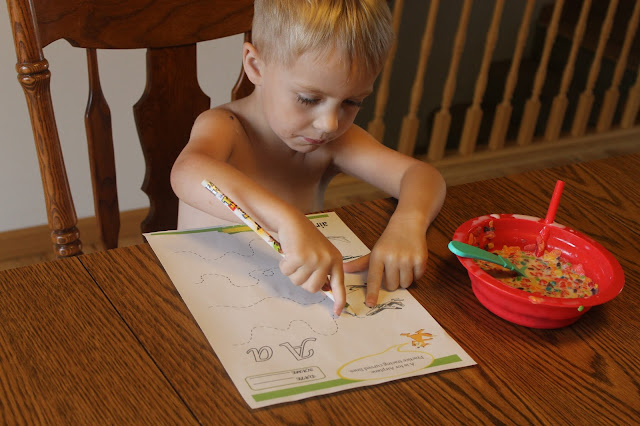 During my late night Pinterest search, I came upon this idea to do alphabet bracelets each week. I was pumped, thinking what a genius idea. It'd serve as a visual reminder all day of the letter we are focusing on. It wasn't until I strapped this homemade bracelet on their wrists that I realized it was definitely a better idea in theory than in practice. Ashton's immediately went in the mouth, repeatedly, even after I shooed his hand away and showed him the pretty pictures. Spencer downright refused to put his on, and then it became a battle of the stubborn. Win for Mommy! Until bedtime, that is. I found it torn, discarded on his bedroom floor the next morning. Same for Asthon's. Hey, they lasted an entire day anyway. An entire day of subliminally learning the letter A. Right? Okay, so it was just a silly idea altogether, and it's been nixed in its entirety for here on out. Bye-bye, alphabet bracelets; you were a genius idea in my head. 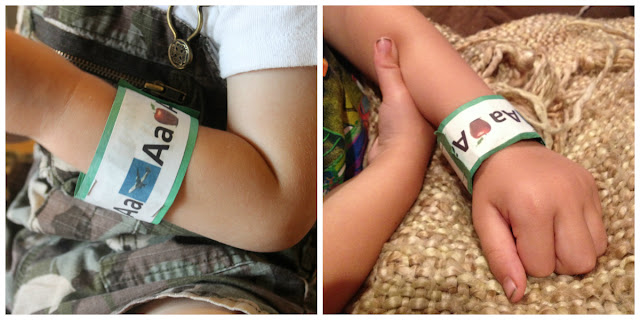 The first time Spencer and I tackled the alphabet, we created letters to be displayed on his door each week.  Our alphabet lasted two years, until Ashton gradually tore off bits and pieces of the Y and Z and any other letters he could get his chubby fingers on and quickly shoved in his mouth before I could extract it. Monday we gleefully tore down the remaining letters to make room for new ones. Our first one was an alligator A. I did all of Ashton's because he cannot seem to see past gobbling up the glue stick. Spencer needed quite a bit of assistance attaching the teeth since they were a tad on the small side. (Note to self: cut bigger pieces.) 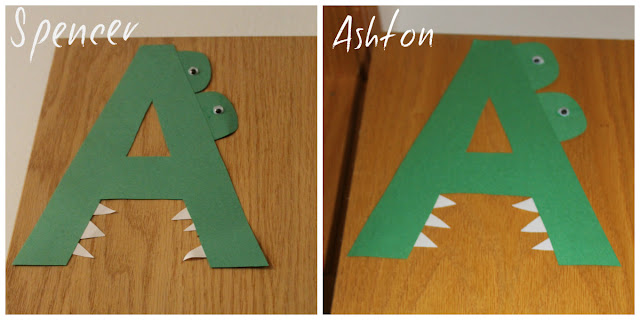 The favorite project this week was making airplanes out of popsicle sticks and clothespins. They first painted the parts, waited to dry, and I hot glued all the pieces together. They played with those things all week.

Spencer and I quickly tackled a sequence assignment I put together that one late night of organizing, but this activity was not a favorite. He was unfocused, hence just guessing the next item in the sequence. 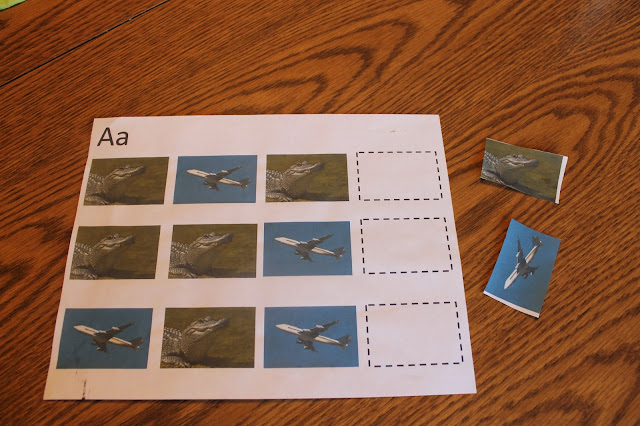 We watched an Elmo video on Youtube a few times, which was a big hit for my little guy who loves his "Melmo." 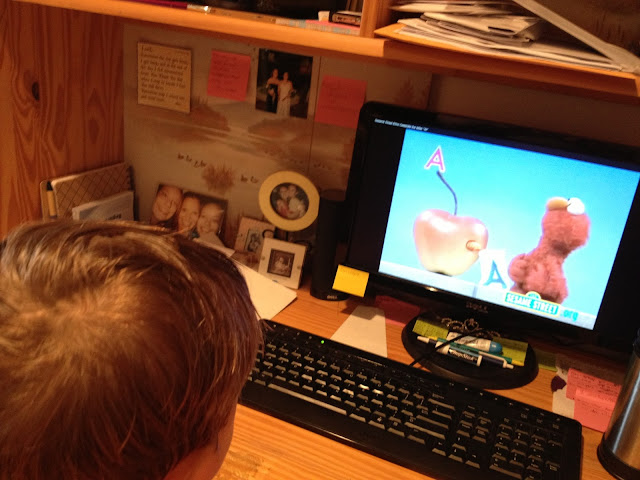 Another favorite for both boys was our lesson on alligators. I put together a small sheet of factoids, and I reenacted them, when possible. We did a song describing what alligators eat, chomping the unsuspecting creatures with our hands....until, of course, I explained alligators eat daddies. Then Spencer paused his chomping hands, thought about it for a second, and laughed his disapproval--"They don't eat people!!" We also used a few visual aids for this: a globe to show where they live and a ruler to describe how big they are. 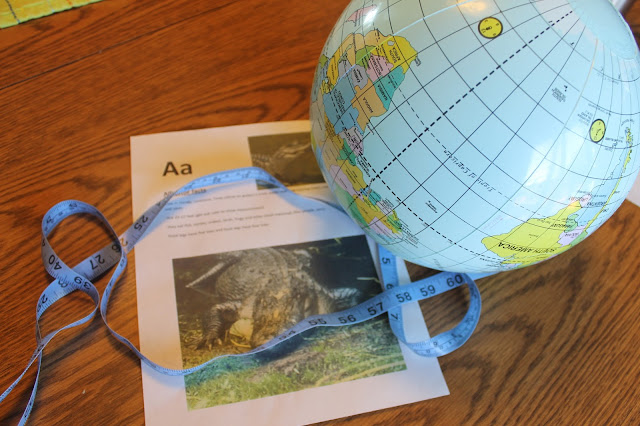 Our last activity was a Do-A-Dot A, where they dabbed circles that formed the letter. Spencer dabbed faster than he has ever dabbed before, proclaimed he was done and asked if he could go swimming. Poor Ashton only got a few dabs in between eating the delicious red dabber, but all he heard was "swimming" and it was over. Homework done; summer fun commences. 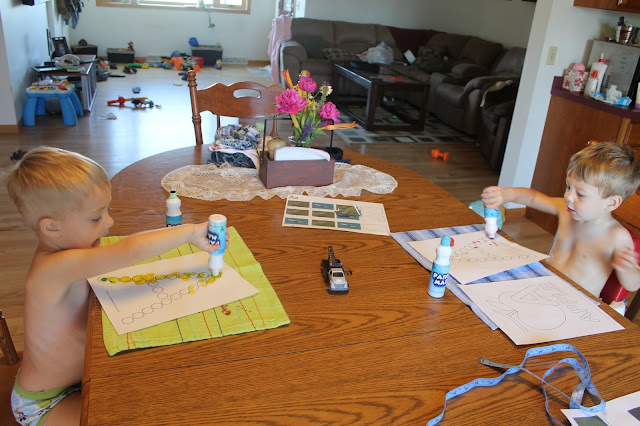 Email ThisBlogThis!Share to TwitterShare to FacebookShare to Pinterest
Labels: a, alphabet, projects