This year marks the 10 year anniversary of Dave's accident in Iraq. He's a tweenager! Since this is such a big year, I wanted to celebrate it in a way that Dave would understand the magnitude of love, appreciation, and respect we all feel for him and for his time served in the United States Army.

Thus began the stressful planning of the surprise party. I almost told him a bazillion times because I wanted to share every little detail like I normally would. Guess who's coming? Should I order a big ass cake? I finally finished the video! Luckily, I kept those comments to myself, but I did almost ruin the surprise at the last minute when a text meant for his mom (who was holding down the fort with all the guests while we ate dinner with some friends and then checked into our hotel) ended up being sent to him instead:

Me: We are checking in and will start walking soon.
Dave: Yep I know that.
Me (after slapping myself in my stupid head for sending the text to him instead of his mom and trying to backtrack in order to save the surprise): So hurry it up!!
Dave: I'm trying.

So maybe he was slightly suspicious, but we did still end up surprising him in the end. A lot of family and friends (and even some out-of-towners we haven't seen in years) showed up to celebrate the decade since Dave was injured in Iraq. Thank you to everyone who came and helped make the night special for our favorite soldier!

Here are some highlights from the party:


Here are some of the many guests who came out to celebrate with us. 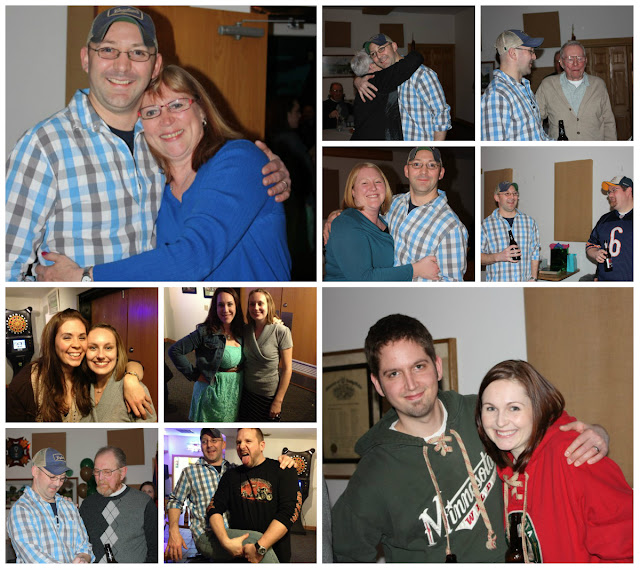 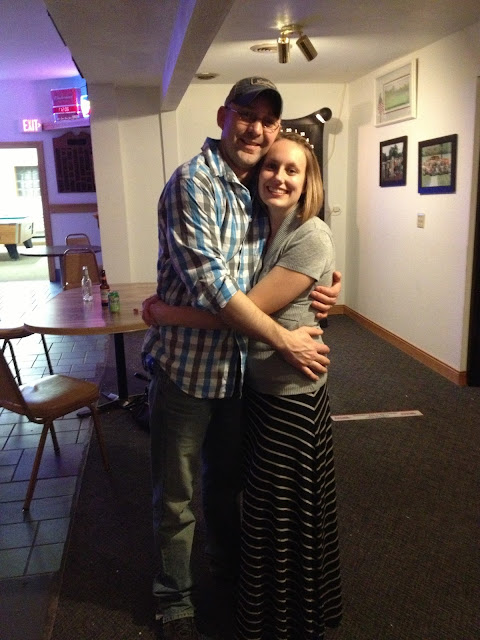 Last Year I made a video with a series of interview clips where David explains his experience in his own words. Check that out here.
https://www.youtube.com/watch?v=6oi6Pujwlgs

Today--March 28--on Dave's actual anniversary, we celebrated with an informal dinner at a local pizza joint. The boys gave him a card they made. 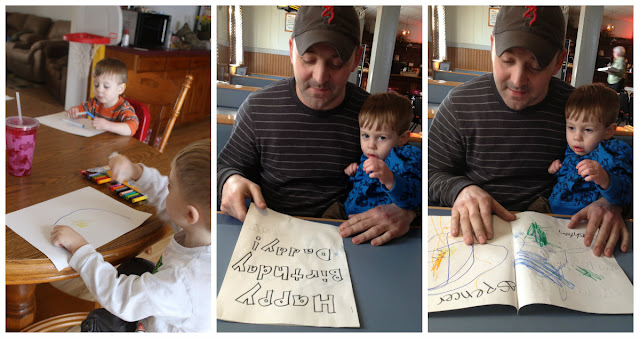 Posted by The Mahlke Chronicles at 6:34 PM