We were overdue for another session of Mommy Photography. Well, I'm sure my kids wouldn't have agreed with that sentiment, but it had been a few months, after all. Monday I suited the boys up with Daddy's ties, set the scene and snapped away. I have a huge amount of respect for the professionals that tackle more than one subject at a time, because reigning in my own two squirmy rugrats was challenging enough. Maybe I should resign myself to one kiddo at a time. 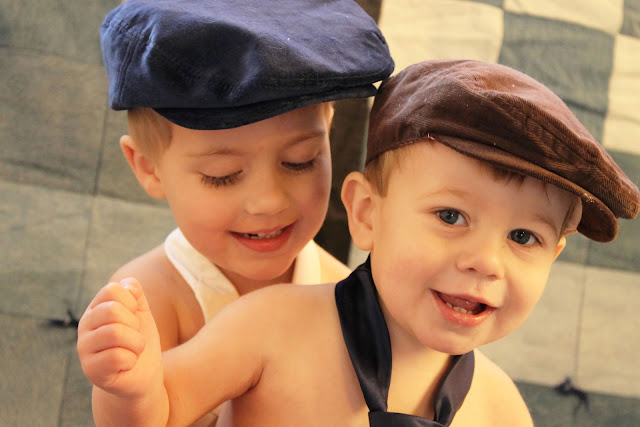 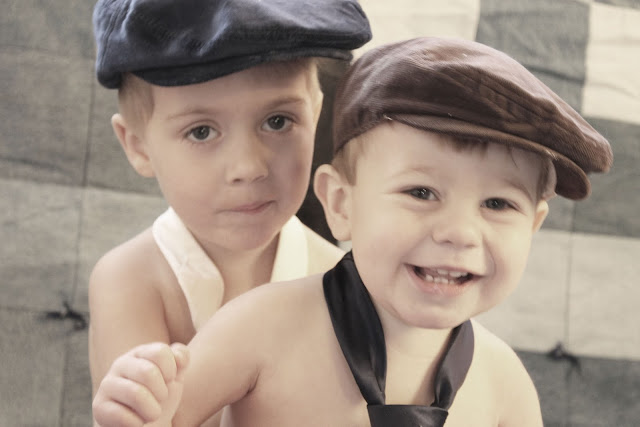 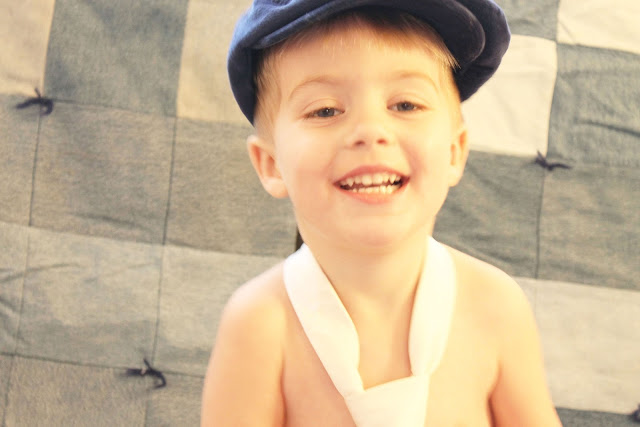 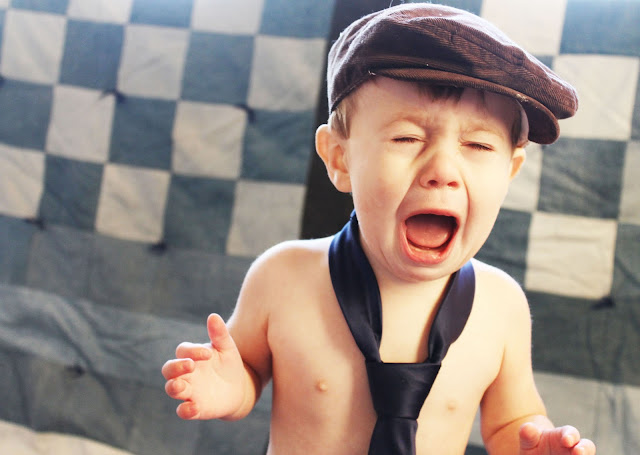 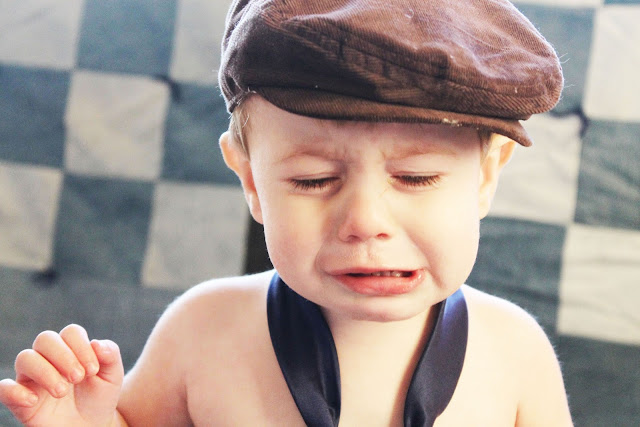 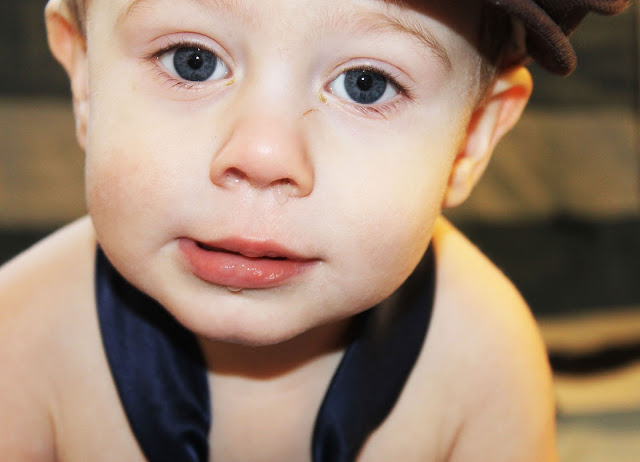 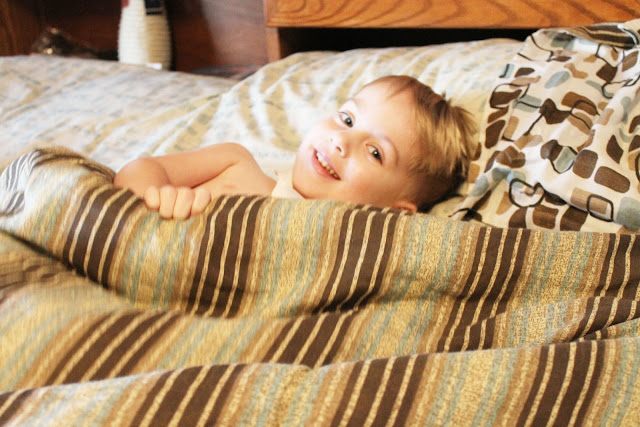 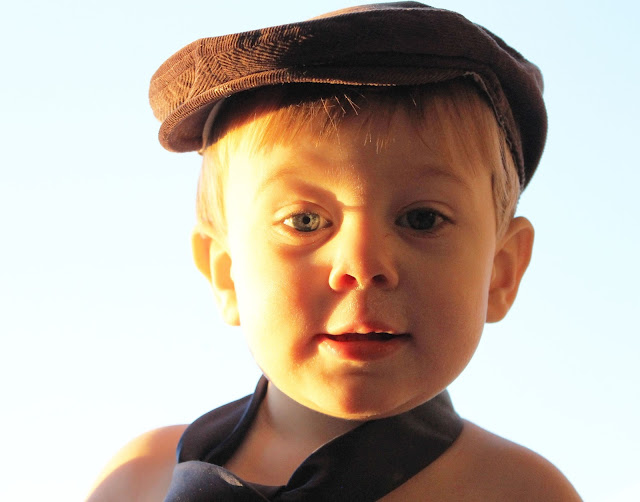 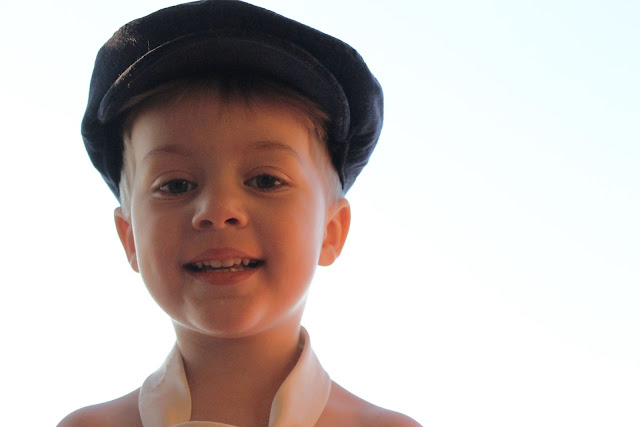 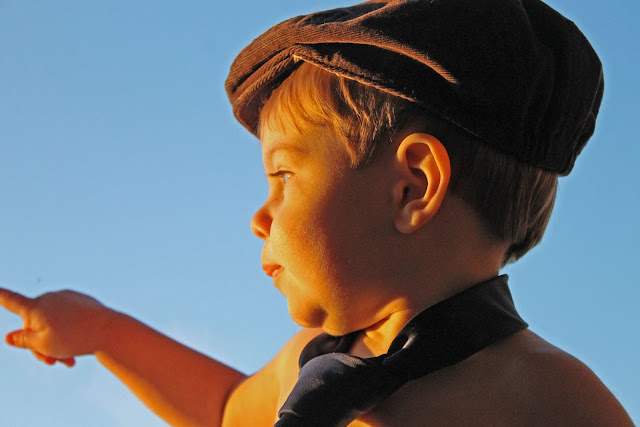 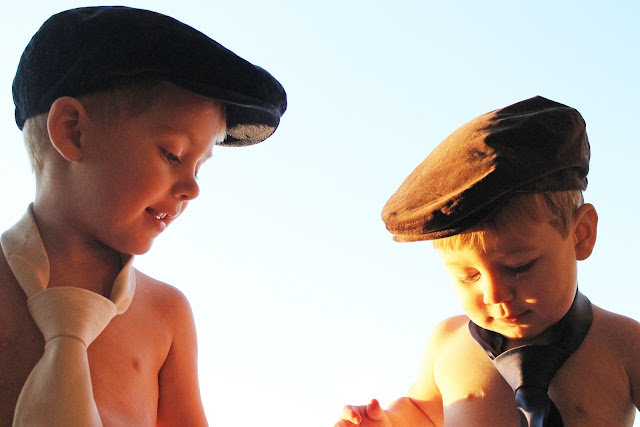 Over the weekend I bought some dolls for the boys. Spencer had been asking for a dolly like his friend's doll, Sally. So why not? Boys can play with dolls, too. They grow up to be daddies, right? Why not foster an environment where gender roles don't matter? I hadn't anticipated Ashton's reaction to the dolls, though. He fell in love. Hard. He carries the baby around the house. He pats her back. He hugs her. He gives her slobbery kisses. He brushes her teeth and feeds her. He gives her rides on his firetruck. He sleeps with her and rides in the car with her. The kid is obsessed with his baby doll. 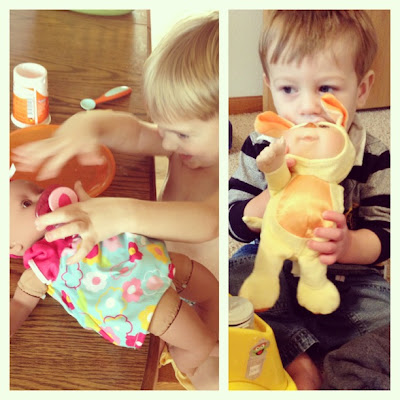 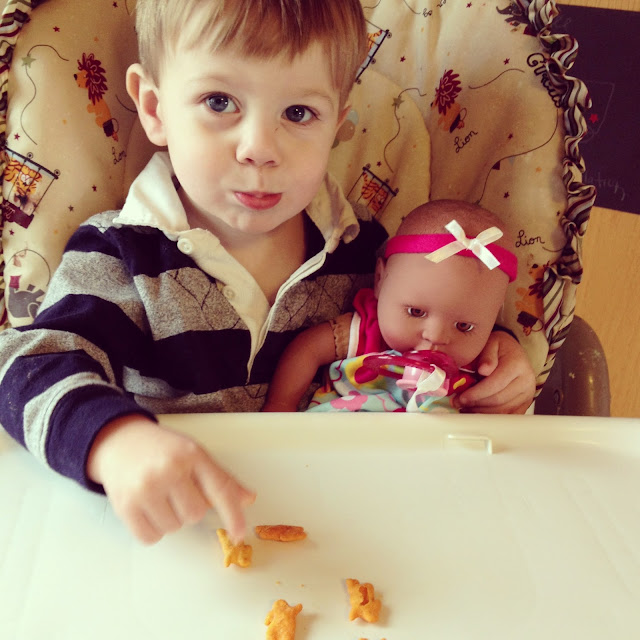 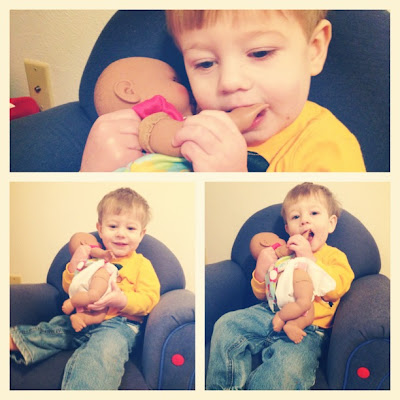 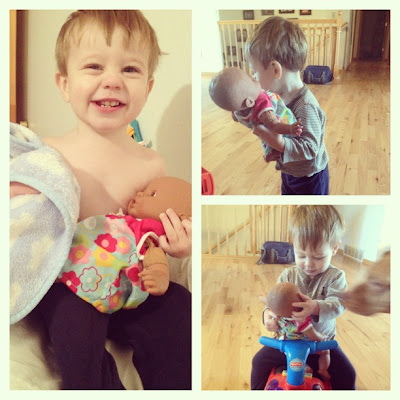 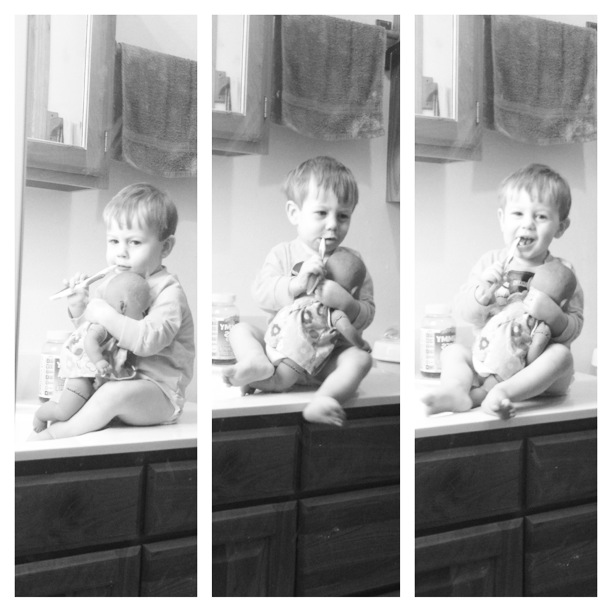 Our project this week was to make our own shirts. First, the boys colored on sand paper. I colored over their scribbles to make them dark enough to transfer onto a shirt. Then I ironed their drawings onto white t-shirts. These will definitely be neat keepsakes, documenting their artistic talents forever. 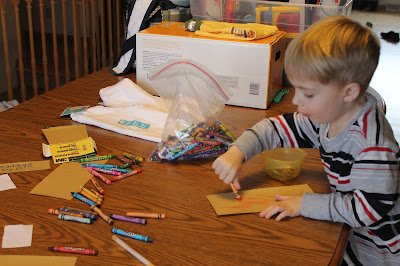 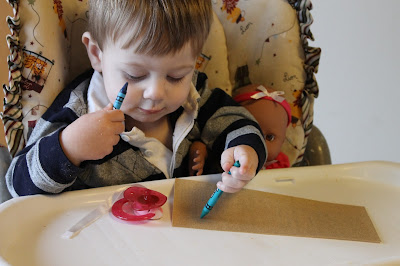 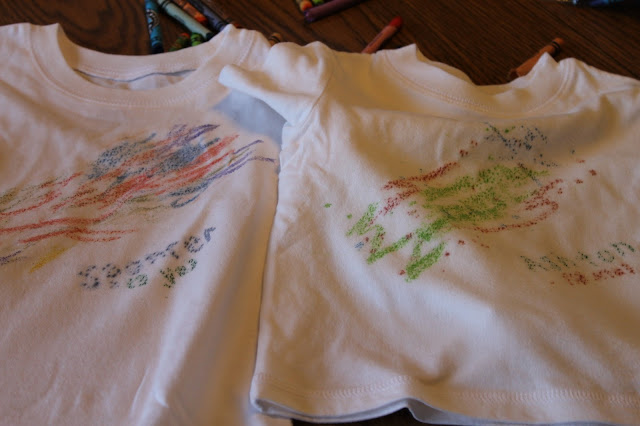 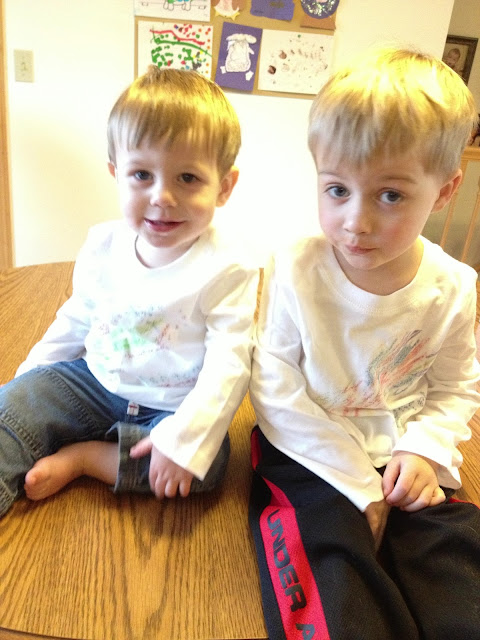 The boys also got messy playing with some jello at a play date. They snacked on the jello in between squishing it between their fingers and digging it out of the bowl. This was definitely a great edible sensory activity. 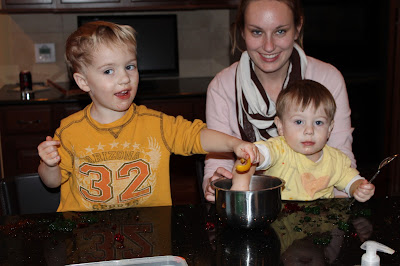 We've been struggling with Spencer pooping on the potty. He's mastered peeing, but he can't seem to get over the fear of going poop on the toilet. He will hold it until he is wearing a diaper at nap times most days, but on the days he can't quite hold it, he'll have accidents. Thursday he had an accident at preschool and was sent home in a pair of pink, girly undies. He then pooped in those undies and then another pair. This made for a very frustrated mommy. We've done just about everything to encourage him to poop on the potty, but nothing seems to work. I made yet another sticker chart out of desperation, hoping maybe this one will do the trick. The reward is to build an extensive road system on the floor using painter's tape. I found the idea in a magazine and Spencer is very excited about it. I taped the magazine picture next to the sticker chart as an incentive. 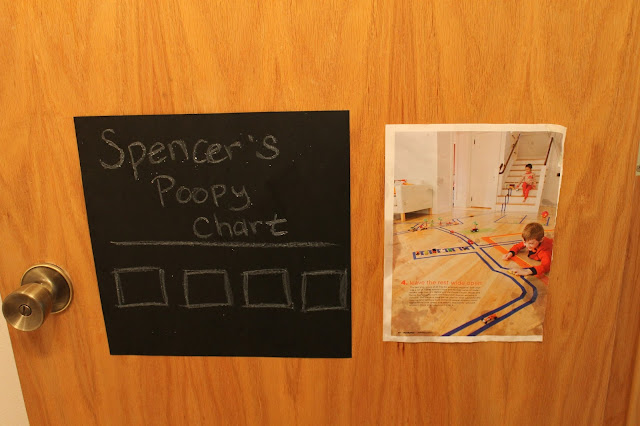 This weekend we had a late Christmas get together with Grandma Amy, Marmer, Aunt Katie, Uncle Bryan and cousins Samantha and Hunter. Since Katie and Bryan live so far away, we aren't able to spend as much time together as we'd like. It was definitely a great time, and we especially enjoyed watching the cousins interact. Our impromptu sleepover gave us more time with the family. 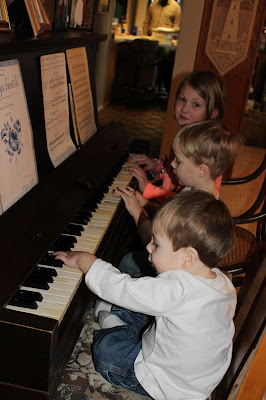 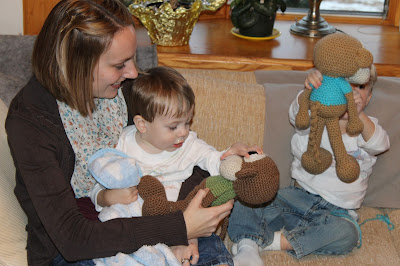 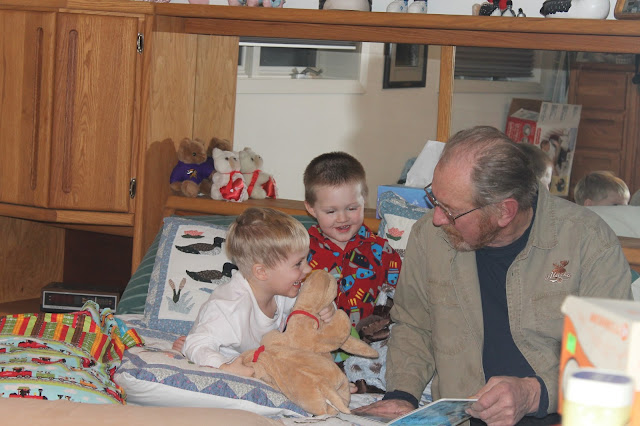 Unfortunately, Ashton went yet another round with The Crud, and he was on the losing end of that battle. We visited Urgent Care this morning and got prescribed some meds that will hopefully rid his body of this nasty virus once and for all. 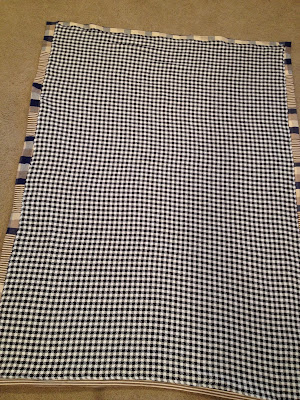 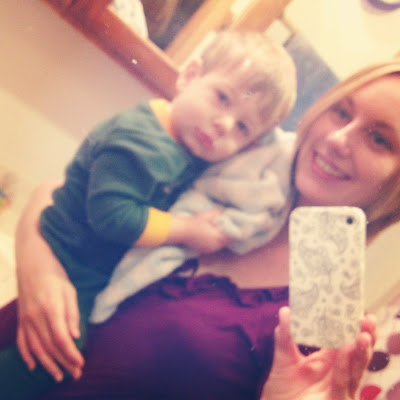 Posted by The Mahlke Chronicles at 1:31 PM