Exist in the now.

I'm constantly reminding myself to be present, to exist in the now. But it's hard not to get lost in the daily shuffle and forget to appreciate the little things. This week I made a conscious effort to do better. I savored the moment one night when Ashton nursed himself to sleep--a rare occasion these days. I noted the way his heavy body laid across my lap, definitely not the body of a tiny baby anymore. I listened to his deep breathing, studied his long lashes and chubby cheeks. I wrapped his stubby fingers around the length of mine, remembering his strong newborn grasp. I kissed him and whispered good-bye as I lay him in his crib. He pried open his eyelids only long enough to squint at me in the darkened room, then he rolled onto his stomach, propped his butt in the air and snuggled up with his blankie. His deep breathing resumed. Nothing more precious than watching a baby sleep. 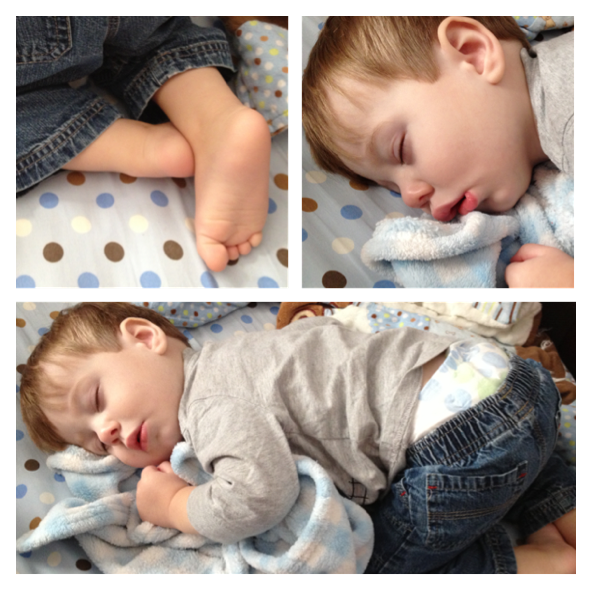 Then later that night as I tucked Spencer in, we prayed and talked and acted silly. I kissed him all over and tickled him until he giggled his high-pitch, contagious, uninhibited laugh that could make even the crabbiest person crack a smile. I noticed that even though my son is growing faster than I can possibly control, underneath it all, he is still the same baby I rocked and rocked and rocked while he screamed and screamed and screamed for five straight months. He informed me that night that he is getting big. I sighed and told him I know and that I wish he'd stop, to which he replied that he is trying to get big.

I really noticed just how big he is getting at his early education screening this week. It is a pretty neat experience to see your child through someone else's eyes. All the little things I took for granted that he has learned in his three and a half years on this earth are growth markers, identifying how truly amazing and smart he really is.
They checked his eyes and ears. He failed the hearing test and will have to retake it once his cold clears up. They talked with him, had him build with blocks, draw lines and other shapes on paper, describe and identify objects, jump with two feet together, stand on one foot, etc. I left with a new respect and appreciation for my son, as if I was suddenly witnessing him as a separate entity from myself. He once proclaimed that he is Spencer, the boy. At the time I laughed because it was a strange thing to say. But now I get it. Indeed, he is. Spencer, the boy who will eventually become a man and will go out into this world and do great things.

During the screening a speech therapist came and talked with Spencer, listened to the way he pronounced words, and concluded what I already knew: he mixes letters around. He says Ps for Ts and Ts for Ks, etc. They were encouraged when I said his speech has come a long way since starting preschool in the fall and decided to just monitor him until May, when they will reevaluate.


This week marked the fifteenth month of Ashton's life. Although his love affair with his dolly has simmered since last week, he still decided she should be in his current growth pictures. Within the past week or so he has decided walking is his favorite thing. He prefers it to crawling now. Except, of course, if there is something he absolutely needs to get to super fast. Then he will race on his knees since crawling is still fastest. 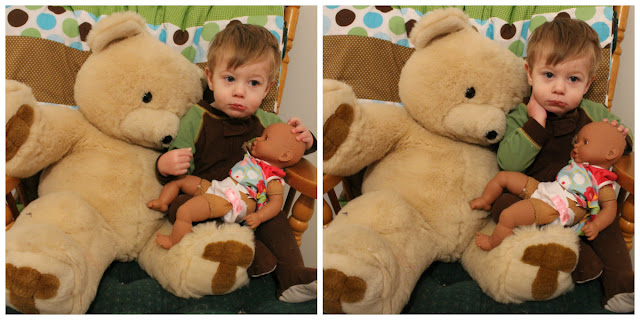 We prepared a Valentines project for this week's play date. The boys helped me make Kool-Aid paint and I cut out hearts. It was most of the babies first experience with paint, so it was interesting watching their introduction to the messy wonder of it all. All the kids but Spencer couldn't resist tasting the paint, which is why I brought edible stuff. 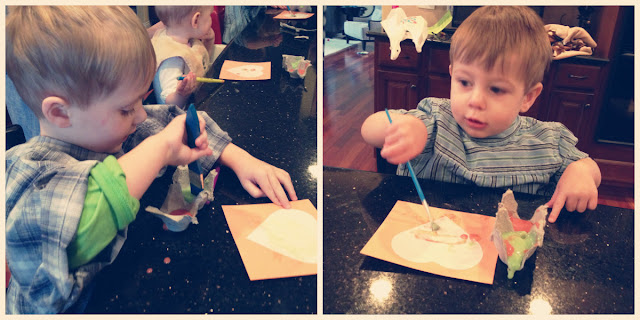 This weekend we dropped the boys off at Grandma and Scharmer's for Ashton's first overnight away from us. Dave and I celebrated with our friends for their birthdays, hitting up a few bars, and then having our own sleepover at their house. The morning after I was reminded of my age and current lifestyle since I am most definitely not accustomed to late nights and alcohol. It was fun to get away and be reminded that we are people outside of being parents, too. 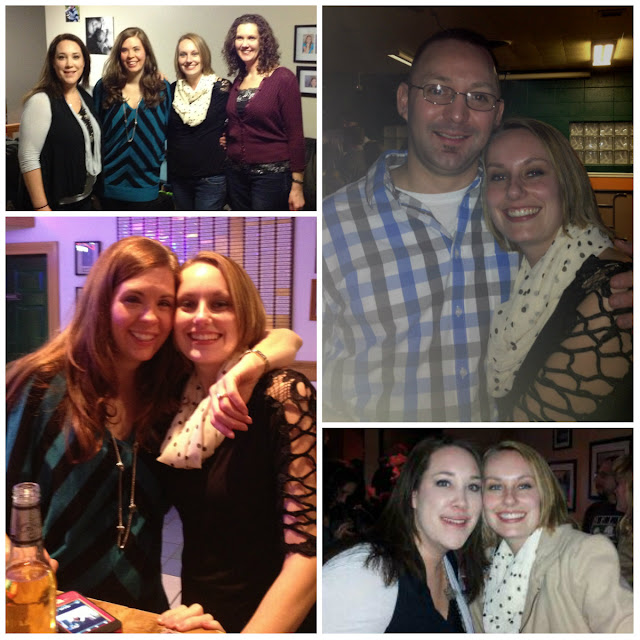 Here are some random things from our week: 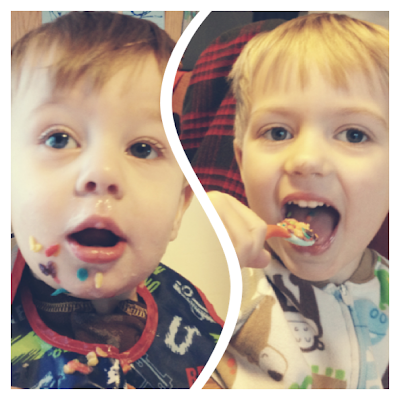 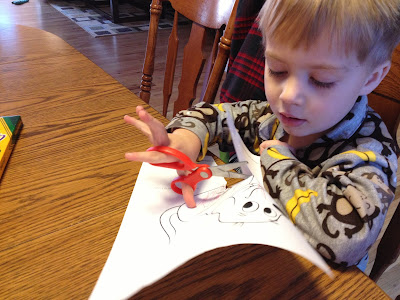 Posted by The Mahlke Chronicles at 8:19 PM