This week both boys have been sick. It started with snotty noses and has escalated to something awful. This means that we spent most of the week at home trying to recuperate and contain the germs. It also means very, very crabby kids, which makes for a trying week! 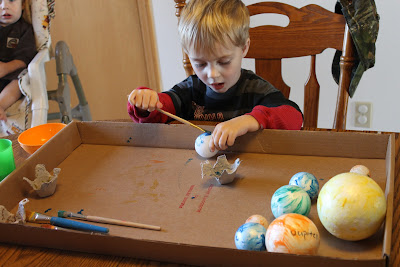 We concluded our space exploration this week with some more projects and activities. I am a little sad to end this theme since it was so well received, and it was even fun for me to relearn about the solar system. It's been rewarding to see Spencer's interest in learning. He even told David the other night that it's night time because earth is facing away from the sun. I should have timed our space theme better, instead of butting it right up next to a holiday, because now we need to move onto turkey projects. I'm thinking this isn't the last we'll see of outer space, though. We may need to put our space suits back on after the holiday season and blast off again into some more solar system fun.

Our first project was to make a mobile. Spencer and I painted a bunch of varying sized styrofoam balls. Then using paperclips, yarn, cardboard and a hot glue gun, I assembled the mobile and attached it to the ceiling above Spencer's bed. I think it turned out pretty neat, especially considering I didn't borrow anyone else's idea for this. It came straight from my own brilliant head. 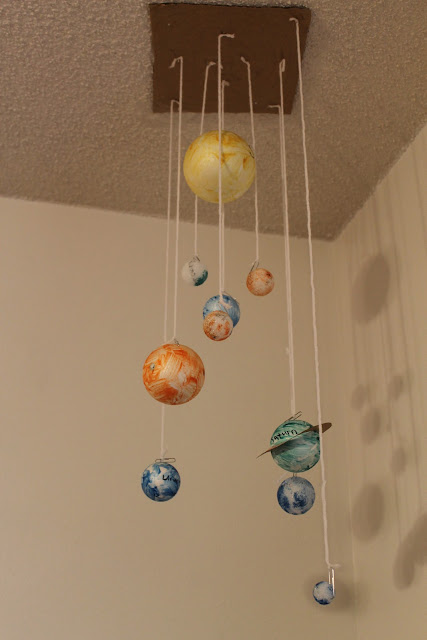 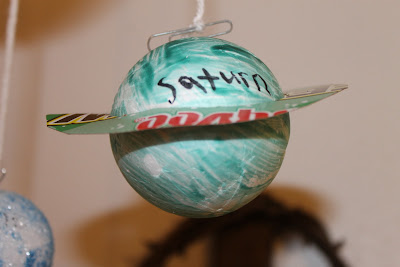 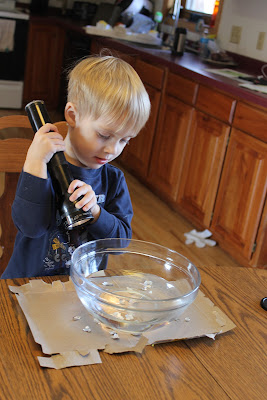 We attempted a science experiment to see how stars twinkle. Although it was somewhat of a failure, both boys enjoyed the much loved flashlight. We first tried the experiment during the bright day, then decided we should probably do it at night in the darkness. Neither attempts yielded the results in the online instructions, though. We were supposed to see why stars twinkle when shining light through moving water. We placed tinfoil pieces to represent stars under a bowl of water. Then shined the flashlight on the water while shaking the bowl to make the water move. Nothing much happened, except for watching water move some pieces of tinfoil, highlighted by a beam of light. 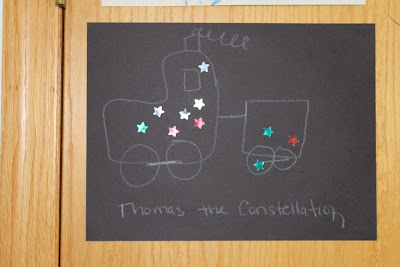 Finally, we explored the NASA Kids' Club website, which has a lot to offer curious young minds. We sent a postcard to the Spirit Rover on Mars, watched a few videos of Elmo, and played some games. 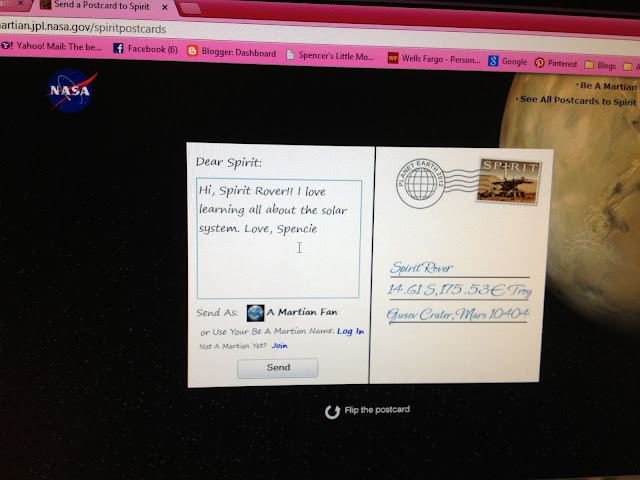 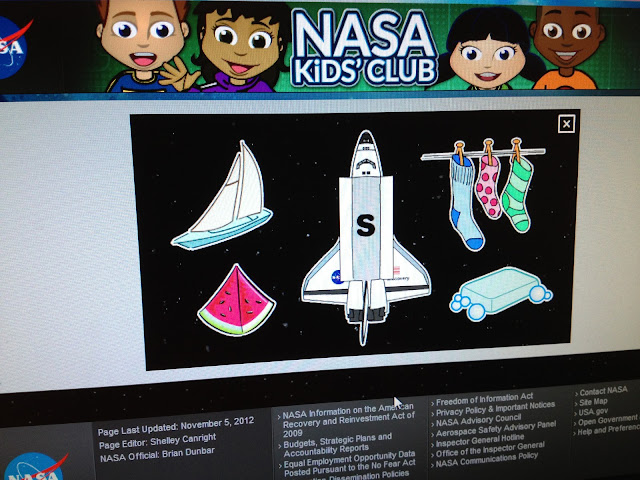 Spencer got his first report card this week. When you need two separate pages (front and back) to decipher the grading system, you probably are making it more difficult than necessary! After I treaded through the explanations of all the grades and made sense of Spencer's report card, I was happy to learn that he is borderline average. He isn't lacking or excelling in any category. His teacher noted that he likes playing with the other kids and his sharing has improved.

This weekend we gathered at grandma's house both Friday and Saturday nights--first for Marmer's surprise birthday party, then for the traditional deer season opener dinner. Although Ashton had a hard time staying awake past 7:00, Spencer had a great time playing with his "cousins." We got home well after his bedtime, and after having fallen asleep in the van on the way home, he did not want his lengthy bedtime ritual. He told me to turn off the lights the second he was tucked into bed with his puppies (both renamed Pluto recently).

Enjoy some randomness from our week:


Spencer is copying my rendition of Where is Thumbkin? 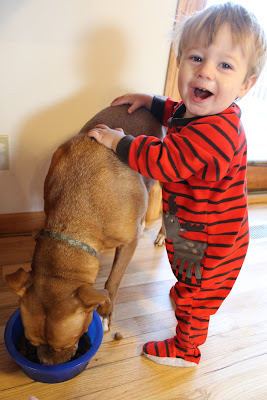 Posted by The Mahlke Chronicles at 10:11 AM