This was another week of firsts:

I. Soccer.
Spencer joined soccer through the YMCA. They meet every Monday night for six weeks. The teams are made based on age. It is a lot of fun watching a bunch of three-year-olds run around the field, kicking balls bigger than their feet. Spencer took a while to warm up, but as soon as the balls were introduced, he perked right up. He has been a ball lover since long before he even learned to crawl. At the end of the first practice, the kids sat in a circle on the field with their coaches, brainstorming team names. The two teams are broken down into two colors--red and blue. Spencer is on the blue team and they decided on Blue Waterfalls. They will be playing against the Red Apples. Gooooo, Blue Waterfalls!!


II. Walking.
Ashton is a mover. He can get from one location to another before you even realize he is no longer where you set him. And he likes to move random things, ranging from small things, like toy cars, to larger items, like chairs. Until recently, he has happily done these things crawling on his hands and knees (or his goofy crawl on his hands and feet). Now that he has discovered the joy of pushing objects while standing, he is walking all over the place. Occasionally he will even stand for a millisecond without hanging onto something. I think we are close to the real deal: walking. Eeek!

Our group of friends that I like to call our second family has grown by one. The Fravels welcomed their newest member early Monday morning -- Evelyn Susanna. The boys and I visited them in the hospital Monday morning. She's a precious little peanut. Later that night, Ann and I decorated their house and dropped of some food and gifts and lent our "motherly hand" when we helped the eldest daughter, Julia, pick out her school picture outfit. Thursday afternoon the boys and I spent the afternoon at the Fravels to help out since Jason had to go back to work already. Tara enjoyed some quiet time in the house alone with her new baby while I took her two-year-old, Jackson, and my boys outside to play for a while. We ate a hotdish I brought and played some more before leaving the Fravels to sort out their new family dynamic alone. Oh, how one little baby can change so much!! 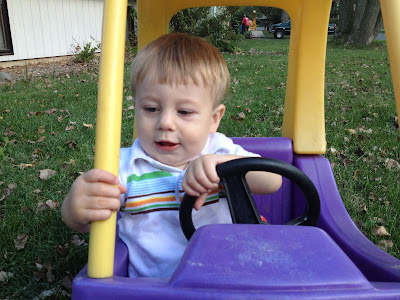 I was talking to Spencer about his friend Jackson becoming a big brother, like him, and if he remembered when Ashton was in my tummy. He surprised me by recalling the numerous times we listened to the heart beat with a borrowed doppler and how the doctor got Ashton out of my tummy. When I asked him if he was ready for another baby, he adamantly said no. I wholeheartedly agree, Spencie, Mommy isn't ready yet either! 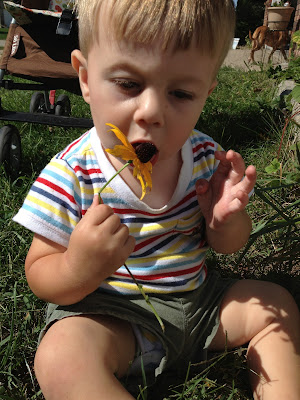 This week we scavenged our yard for things to make a project with. We filled a bucket with flowers, leaves, and weeds. When we found enough, we took a break to swing. Later we glued all of our treasures onto a wreath for the front door and a rectangle for the back door and then another rectangle as a gift for Aunt Hopey. We didn't want to arrive at her house this weekend empty handed. 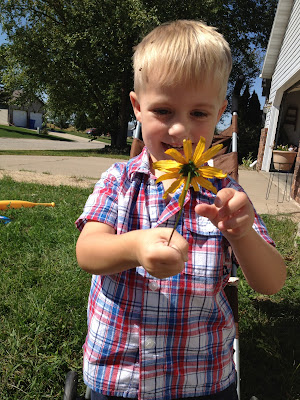 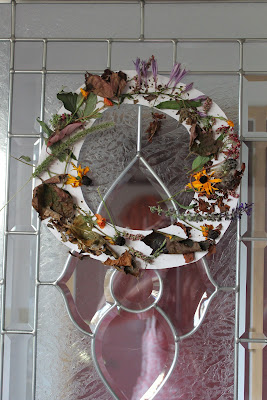 This weekend marked the hunting opener for the very long bow season that my husband adores. He'd probably rate it right up there with the love of his family. His list would probably look like this:
1. Family
2. Bow hunting. 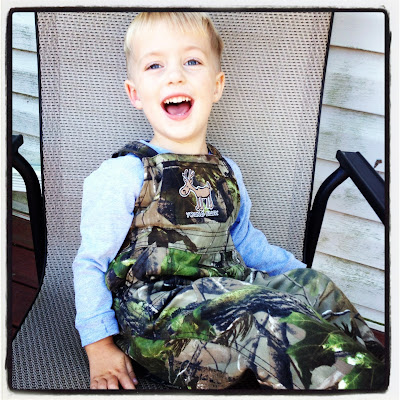 Since my husband was busy snoozing in a tree all weekend, the boys and I took a trip back home to visit my family. We packed as much as we possibly could into one weekend since we don't get home as much as I wish we could. Saturday morning my sister Hope and I took the boys to play at a nearby park, where Hope was shocked at the level of obsession Spencer had with the school bus and his lack of enthusiasm for climbing the various other things at the park. After naps, my little sister Sheila and her family joined us for ice cream. Then we played back at Hope's house before my mom joined us for supper and more playing. Sunday we met more family at my Grandma Faye's for coffee and rolls. Spencer very much enjoyed his cousins (and we all loved listening to him say Kurtis over and over in his little toddler voice and pronunciation), but Ashton was battling a pesky cold and wasn't his easygoing, vibrant self. Both boys slept soundly the majority of the drive back home. They were tuckered out from all the family fun. 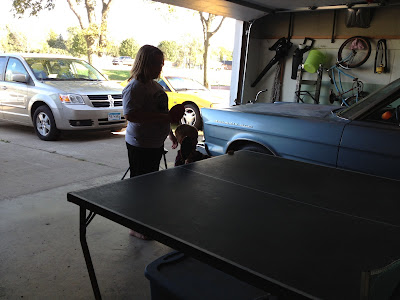 More from our week: 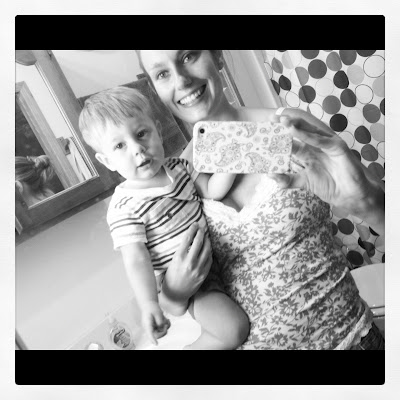 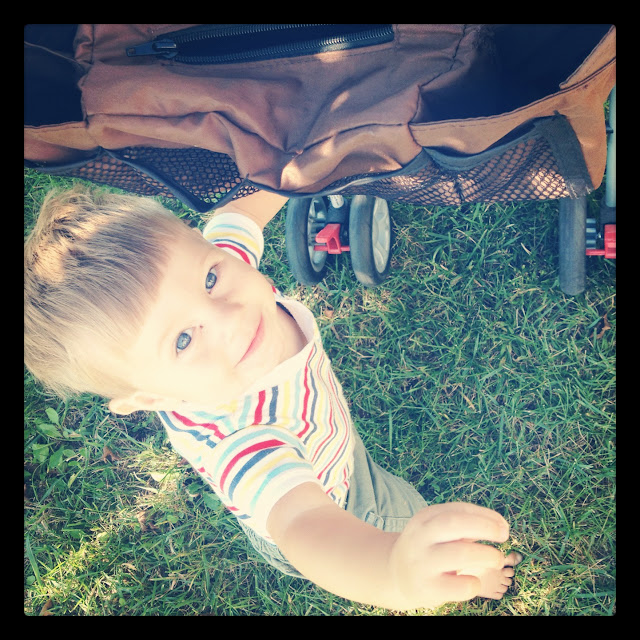 Posted by The Mahlke Chronicles at 8:06 PM