Preschool: The start of something beautiful. 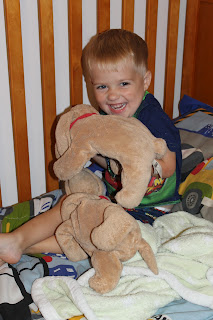 Tuesday started just like any other day. Spencer woke up, ate breakfast, got dressed and played. But there was one pretty big difference. It wasn't just any other day. It was the first day of preschool. When I went into his room that morning, I asked him who was ready for preschool, and he immediately perked up and started bouncing off the walls. He was too excited to even eat breakfast.

We were the first to arrive at the school. It was a little surreal to see my little boy walking down the school hallway, taking baby steps away from me, his Lightening McQueen backpack trailing behind him as he took those tentative first steps into a new world. He located his locker, hung his jacket, deposited his bag and then looked up at me with eyes that asked, "What now, Mommy?" I handed him the folder that will become the glue between Spencer's life at school and home, and we both ventured into his new classroom together. After being instructed to put his folder in a mailbox, I knelt down to give my son a hug and a kiss, and then lingered a few moments...but not too long because the tears were tingling my eyes. Spencer gave me one last half-hearted good-bye wave before I walked out and left him there. 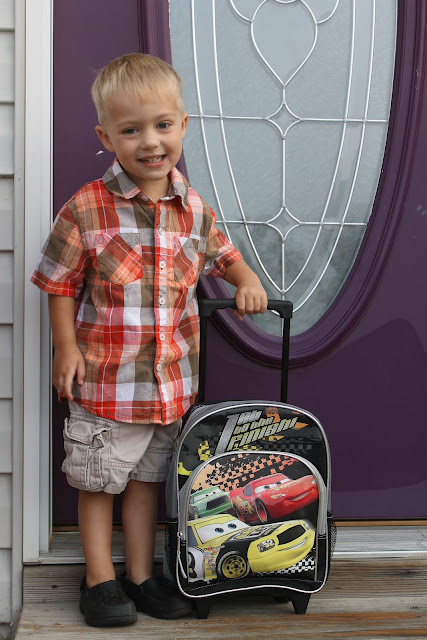 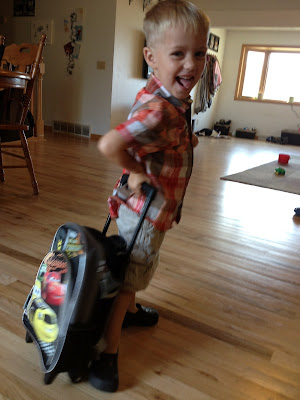 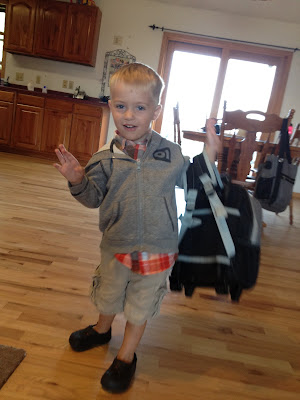 As I strapped my baby into his car seat and headed home, I couldn't shake the feeling that I was forgetting something, almost like Spencer had become another appendage, now severed. Once home, I put Ashton down for his nap and then marveled at the quiet house. I glanced at the clock--15 minutes had passed--and wondered, "What now?" I quilted the two hours away, all the while my baby napped, as if knowing he wasn't missing anything too interesting with his big brother gone. 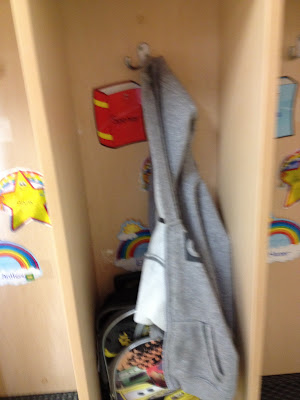 I was pretty anxious to pick up Spencer, to hear all about his first day of preschool. I found him in the classroom, his jacket falling off his shoulders, backpack by his side, wearing a big grin. He was one of the last kids left and his excitement was contagious. The teacher commented that they could use a bunch more students like him. 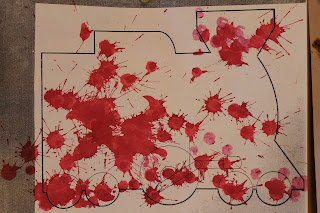 So what did he do on his first day? He sang new songs, read books, made a train picture, went outside and played with balls and drew with chalk. The newsletter sent home in his backpack informed me that this month they are learning about transportation--trains, airplanes, cars, etc. They will learn about the letter A, the color red, how to be a friend and focus on building their self-concept (blue eyes, blonde hair, etc.). 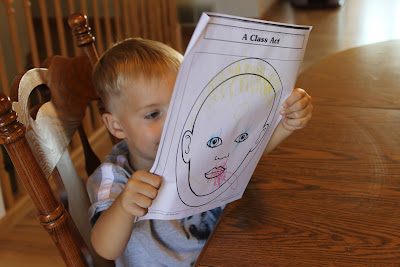 I was relieved when I saw Spencer still wearing the same pants I sent him in, until I felt him and discovered he was soaked. He told me he went into the bathroom during potty break with the other kids, but he didn't pee. I'm assuming he was too excited and distracted. We then spent the next day talking about the importance of peeing in the potty at school and rehearsed telling his teacher he has to pee. I was a bit skeptical when I sent him to school the second day, but he returned home dry. He told me he didn't pee in the potty, though, so I'm not ready to celebrate just yet. I'm anticipating this will be a hurdle to overcome throughout the first part of his preschool life.

The second day seemed to be just as fun as the first. I try to grill him for details since I'm curious to know how he spent his time away from me, but he isn't very forthcoming with the information just yet. This is where the folder comes into play. Every day after school I open the green folder as if it's a coveted Christmas present, excited to see what's inside. The first day I discovered a picture of a train that Spencer had colored with a BINGO dabber, a newsletter, and a homework assignment. The second day wasn't nearly as juicy, just a form I neglected to fill out completely. 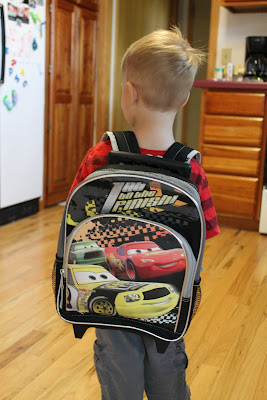 Spencer giggles when I tell him he's so lucky to go to preschool and that I wish I could go, too. Then he sobers and tells me no, that it's his school, I'm too big. He watches the little bus that drops off and picks up the kids and says he's going to ride it, too, and unquestionably accepts my answer that he can ride it when he goes to the "big school." I am not completely certain what my definition of the "big school" is just yet. Kindergarten? Elementary school? Surely middle school, right? Some day he will ride the bus to school, but right now I am savoring every little moment I have left where he's still mostly mine.

How did Ashton and I spend our time...? 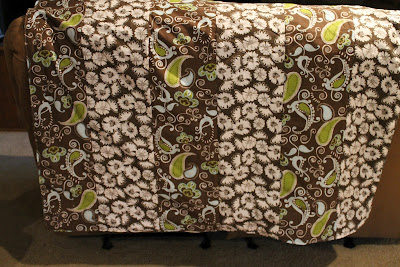 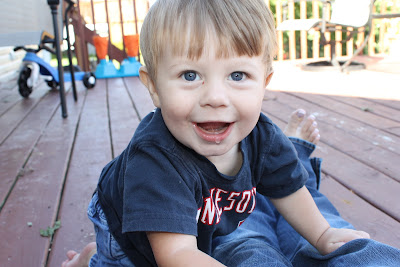 Posted by The Mahlke Chronicles at 8:50 PM