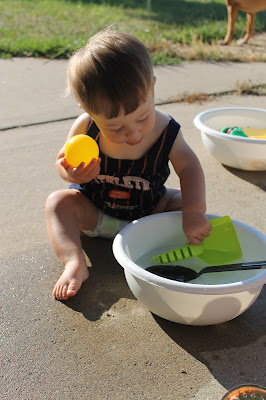 We didn't leave the house too much this week because Spencer was extremely cranky due to what I'm guessing was some sort of virus. Instead we camped out at home and played. The letter this week was W, so we had some fun with water. I brought bowls, spoons, paint brushes, toys and other miscellaneous things outside to play with water. Both Spencer and Ashton seemed to enjoy this activity. We were outside on the driveway the entire morning splashing, painting, dumping, scooping, drinking and squirting water. Once Ashton went down for his nap, I brought out the water balloons. This, of course, was a big hit for Spencer. We dipped the balloons in paint and then chucked them at the easel, splattering both water and paint on our canvas. Spencer squealed with delight each time a balloon popped. When all the balloons were gone, he wanted more. I used the picture we created with the balloons to make the Ww flashcard. 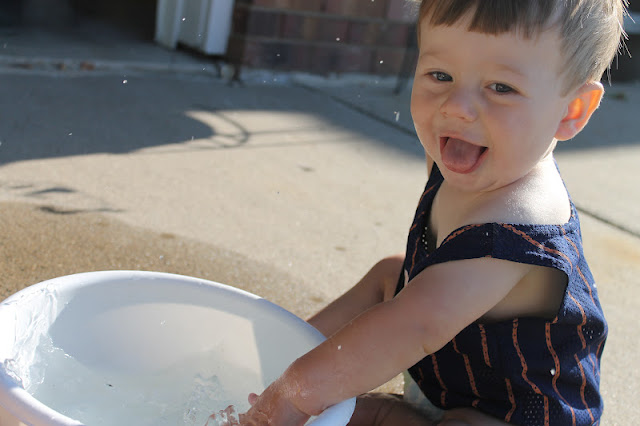 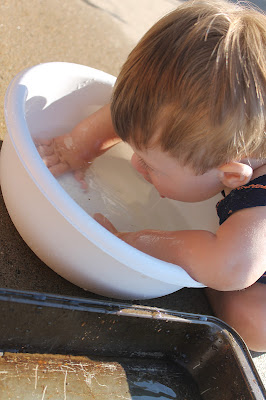 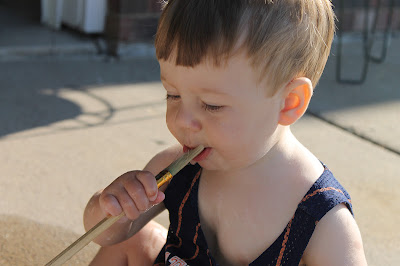 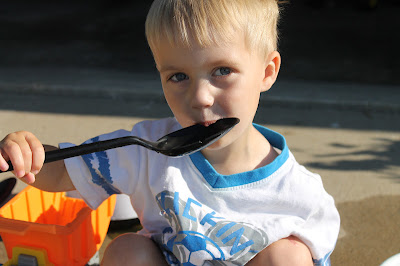 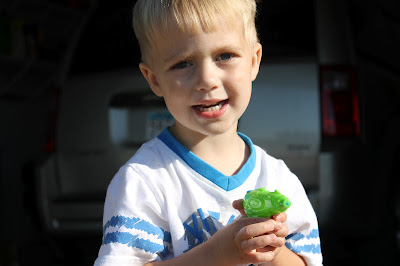 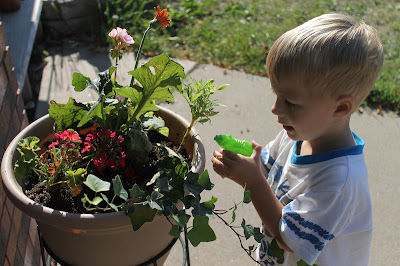 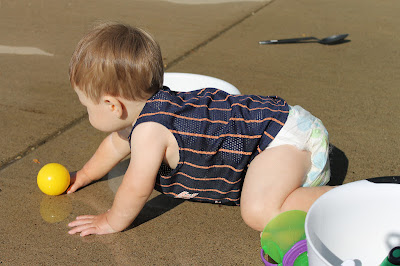 We did get out of the house a few times this week. Once was to go to school. Our music class went on a short hiatus at the beginning of summer, so now we are very excited it has started back up. I think Spencer was really missing that structured playtime with other kids. He sang and danced and ran around and acted like a silly toddler. I loved watching him have so much fun! I love how free we are in the summer, but there's a lot to say about structured learning and playtime, too. I think Spencer also enjoyed some one-on-one time with Mommy.

We also had a play date with some old ECFE school friends. My friend, Carrie, recently had another baby boy, so we brought over some goodies for lunch and a taggy blanket I made. While Spencer was in toy heaven with all of his friend Austin's tractors and trains, it was nice catching up with my friend and snuggling her itty bitty baby, Garrett. It's always amazes me how tiny newborn babies are and how quickly they grow. Only eight short months ago my very own baby was that little. 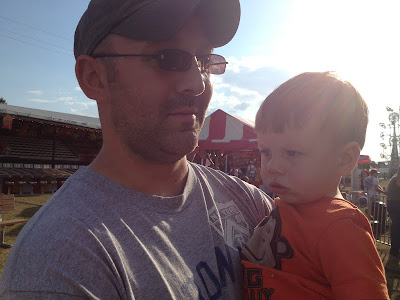 The highlight of the week was probably the county fair, though. We started with the petting zoo and animal barns, but Spencer wasn't having any of that. He only had eyes for the rides. After a super fast carousel ride where Ashton seemed completely indifferent to the horse going up and down and around, Spencer enjoyed ride after ride. He started on a pirate ship that swung back and forth. It made Dave and I a little nervous since he was the smallest kid on the ride and he couldn't even reach the handle. But a few seconds into the ride, Spencer was grinning and squealing and laughing. We ended at the big slide, where we "weeee'd!" our way down and then decided it was so much fun that Daddy had to take a turn, too. 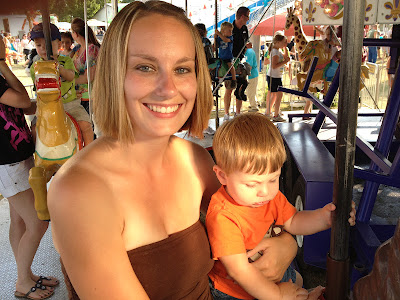 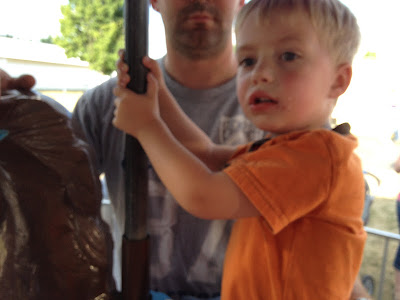 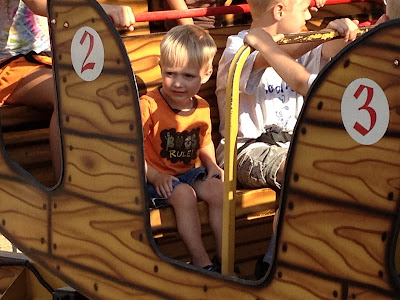 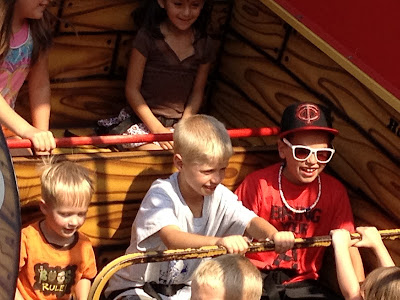 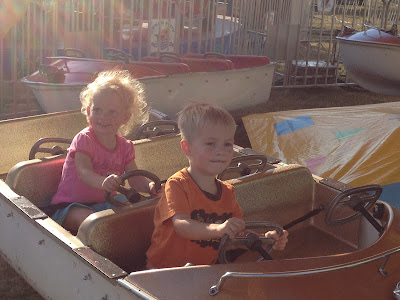 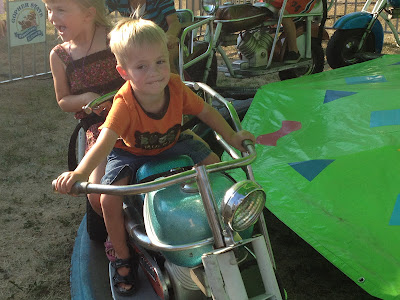 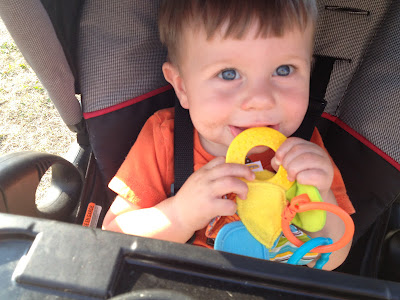 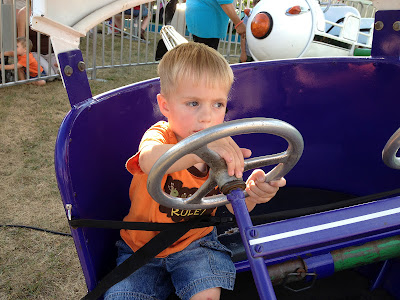 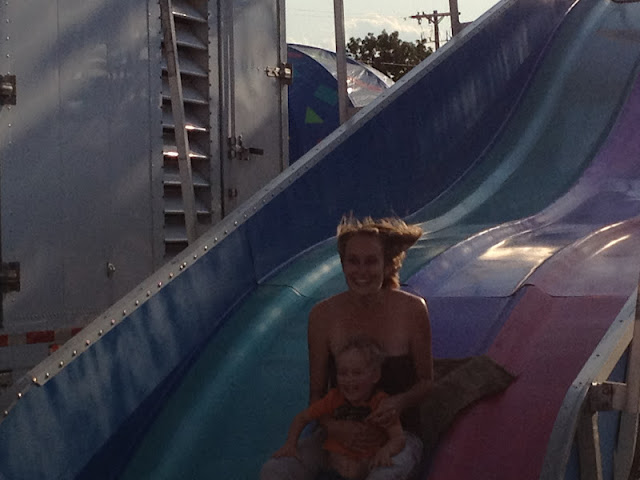 (I wanted to get the whole slide ride on video, but they zoomed down faster than I could hit record. I love how Dave gets a hand from the man, but Spenc is pushed down! haha!)
This weekend is supposed to be jam packed with outdoor fun, but it looks as though the weather might not be cooperating.

Until next time, enjoy some random pictures from the week. 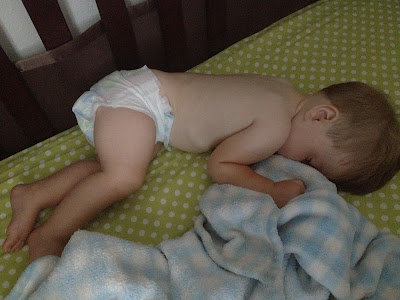