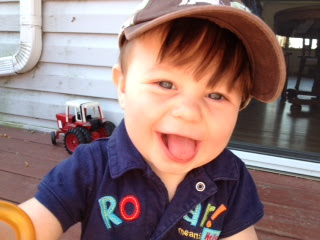 This has been a week of recuperation. It's no fun being sick has been the theme in our house. It hasn't been fun for Spencer because he doesn't feel good and isn't quite sure how to cope with that. And it certainly has not been fun for me dealing with a sick, crabby kid. Thankfully sickness always cycles its way out eventually. If ever you come in contact with Hand, Foot and Mouth Disease, RUN, and run fast without touching anything.


Since the infection is very contagious, we opted to stay home most of the week and not risk spreading the germs. This has been hard for us because we are used to being on the go. I think both Spencer and I experienced a little cabin fever. I tried keeping us as distracted with activities as I possibly could, but boredom inevitably crept its way in anyway.


I took advantage of the days at home by keeping Spencer in undies the majority of the time. I know consistency is the key and it is confusing going back and forth between underwear and diapers. We focused more on recognizing the sensation of having to pee rather than actually peeing in the potty. That's the step that Spencer seems to lack and that's obviously the most important step in potty training. What better way to understand the sensation of peeing than wetting yourself. Literally. We went through a lot of pairs of undies and eventually took the training outside to prevent messes in my house. A few pair of soiled underwear later, we decided to not fuss with them anymore. If peeing in your underwear wasn't effective, peeing on your feet definitely is! By the end of the today, we had a handful of wet underwear and three more stickers on the Potty Chart. One more pee on the potty to go before his train ride with Daddy. 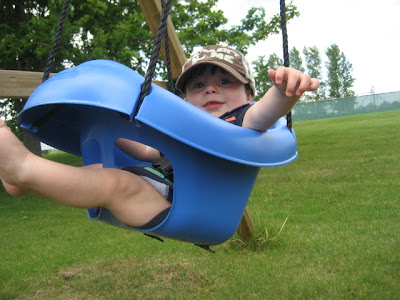 By today Spencer's sores had scabbed--a sure sign the contagious stage of the infection is over--so we ventured out into the world again. We met moms and kids from our Baby and Me class at the park. Ahhhh, socialization, how I've missed you! Then tonight we attended the end of the year picnic for ECFE. I'm excited for everything summer brings, but will miss our structured schedule during the school year a little bit.

Before leaving the picnic, Spencer got to "drive" a real semi. His friend, Austin, has a real cool daddy who drives a semi for work. He was kind enough to allow my son the privilege of sitting in it and fulfilling one of his biggest dreams. The kid loves anything with wheels, but especially semis because they are big and haul things. Thanks to the Bork family!! 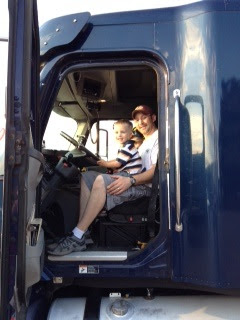 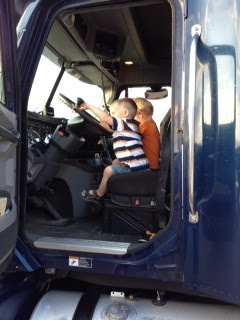 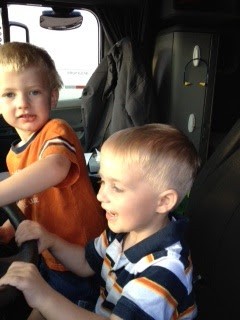 Our weekend starts tomorrow. We have a lot of fun in store as we have some very special visitors. We're all very excited, probably me the most!! More on that later. For now enjoy more random pictures and a video from the week. 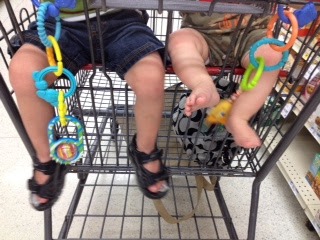 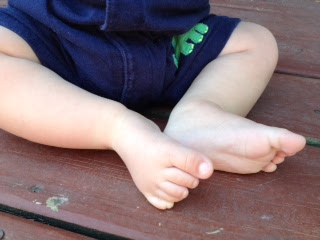 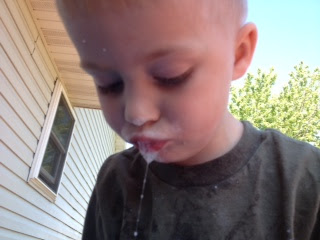 Posted by The Mahlke Chronicles at 8:48 PM