After taking a few weeks off from our letter projects, we were back in the swing of things with the letter O. We started the week by pointing out everything around us that looked like Os, which is a lot. Eventually we browsed through some magazines to find Os, cut them out, and then glue them onto upper and lower case Os for our flashcard and also a piece of paper for a collage. Spencer's favorite Os from the magazine were Mickey Mouse's ears and the polka dots on Minnie's dress.

We also made octopuses out of a pair of old socks. (Thanks for the idea, Autumn!) First we colored the socks, where we practiced Os with markers. Then I cut 8 slits up the leg of the socks. Spencer stuffed them with plastic bags. And then I secured them with rubber bands. He really enjoyed playing with them since he loves anything to do with water. I love watching his imagination at play. I never even thought about using Ashton's activity gym, but he immediately splashed the octopus around the mat that looks like an ocean. 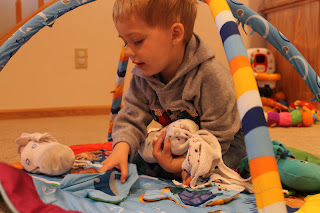 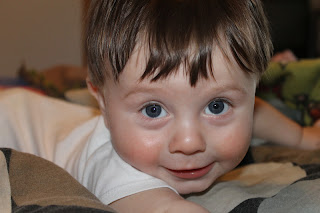 This week we also met up with some new friends that Ashton and I met at our baby class at the library. It is very nice meeting new friends to play with during the day, especially ones who can relate to my day-to-day celebrations and struggles. I definitely think it is just as important for the mothers who stay at home to have that socialization time as it is for the children. After playing at their house for a while, we headed to the Museum Art Museum for the monthly Toddler Tuesday.

The big event in our house this week was transitioning Spencer to his new "big boy bed." We thought it was time to say good-bye to the crib and hello to the toddler bed. For a few weeks we've been talking about his new bed to prepare him for the change. He was very excited! Once it was finally put together, he happily crawled in to test it out, and then proceeded to do a back somersault right back out of it. Apparently the weeks of explaining how there would not be a bar on the side anymore did not fully sink in until it wasn't there to catch his fall. After that he was a little afraid of the bed, but I made him crawl right back in, and then we practiced carefully crawling in and out.
We were a little scared to switch him to a toddler bed because we heard all the horror stories about good sleepers suddenly becoming terrible ones, finding all the excuses to crawl out of bed instead of falling asleep. With Ashton back to waking up multiple times a night, the last thing I wanted was two bad sleepers at once. Luckily, we haven't had too many issues with the transition (yet). Spencer stays in the bed at night and during naps and will fall right to sleep. But he has been waking up a few times at night screaming. We are not sure the cause of this because he seems fine, other than the fact that he's burning up, almost feverish. At first we thought it was the big twin-sized comforter he was covering up with, so we replaced that with his old crib blankets, but he still woke up a few times that night screaming and very hot to the touch. Dave wonders if he is having nightmares. Hopefully it is a stage that passes soon. 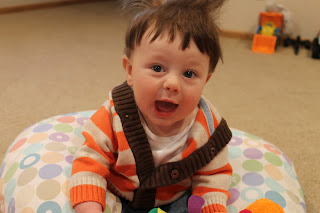 The highlight of my week was having a girls' night last night! My two best friends and I are extremely busy and very rarely get the opportunity to get together without kids and husbands. In fact, we had to schedule our date a month in advance. And it always seems on the rare occasions that we are able to get together, someone is pregnant or nursing. In this case, two are nursing and one is pregnant. And there always seems to be some sort of time constraint to work within. This time we had a three hour window to work with since Ash still won't take a bottle. So our outings are nothing too exciting, but it is still fun to get together and just chat without the interruptions of kids or husbands. And, mmmmmm, my Georgia peach margarita was very nummy! 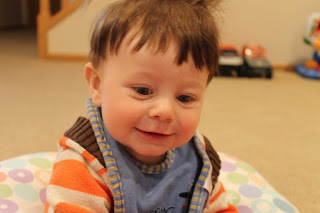 If one night this week without kids was heavenly, imagine two! My husband and I are actually going on a date today. We are dropping the kids off at Grandma and Marmer's and going to a matinee. Dave is being a trooper and seeing The Hunger Games with me. I don't think he cares too much what the movie is; he is just excited to watch a movie some place other than in our family room.

More random pictures from the week: 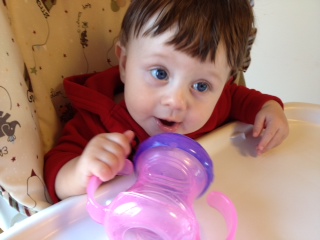 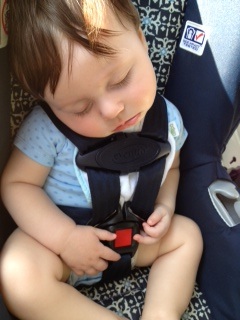 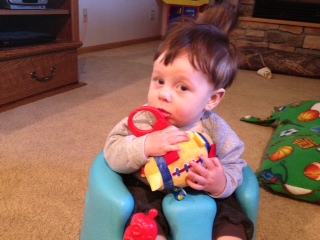 Posted by The Mahlke Chronicles at 12:47 PM