This week was all about the letter I, but I've come to realize that vowels are hard letters to generate ideas for. Therefore, we really didn't do a whole lot with the letter I. We started Monday by squirting some paint into ice cube trays, stirring water in, and then setting them in the freezer for later. Tuesday we painted with the ice. Spencer didn't enjoy this as much as I thought he would. He grew bored pretty fast. I thought it was pretty neat how it looked like crayons on the paper, though. We quickly moved onto our next activity, which was to put the colored ice cubes in his water table. It was filled with rice from the last time we used it and I was too lazy to empty the rice out, so in went the ice with the rice. Hey, we got some sticky colored rice out of it anyway.

We also gathered a bunch of blankets and piled them onto the living room floor to create an island. I scattered some blocks out in the "water" and we had to fish for them with a belt. Spencer enjoyed this for a while, but he really didn't quite understand the concept of staying out of the water and on the island. He was more interested in the belt, to be honest.

While he was "fishing" I cut out the upper and lower case Is from the painted ice picture. Then Spencer helped glue them onto a 5x7 card to make our Ii flashcard. I finally put together all the flashcards with binder clips to make an alphabet book. Somehow along the way we lost the letter F, though. Sadly, I didn't even notice until my husband was looking through the flashcards with Spencer later that night and he pointed it out. So currently our alphabet is without the letter F. Oops! Hopefully it turns up eventually so my son doesn't think the alphabet goes, ABCDEGH... ;)

Besides our few letter I projects this week, we also had some fun with snow. I decided that since it was too cold to go out and play in the snow, we'd bring the snow inside. Spencer helped me scoop some snow into a bowl and then poured it into the water table. (Best purchase ever!) This time I did empty out the rice. We played with the snow for a while before I thought of adding color. Spencer loved this idea and squeezed some food coloring onto the snow. Once the snow melted, I added more from the supply on our deck. 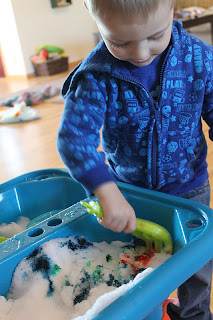 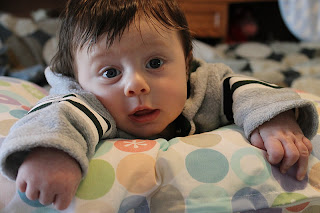 This has been a fun, relaxing, even productive week, and now I'm looking forward to the upcoming weekend. After swim lessons on Saturday, we are meeting some friends at the Children's Museum. The last time we visited the museum they had a Clifford the Big Red Dog exhibit. This time is The Wizard of Oz. Plus, their standard fare of dinosaurs and trains, both of which Spencer adores. Then for lunch we are heading to Buffalo Wild Wings - YUM!!

You know how people always say you won't take as many pictures of your second child as you did your first? Well, I must be the exception! Here are some random pictures from our week: 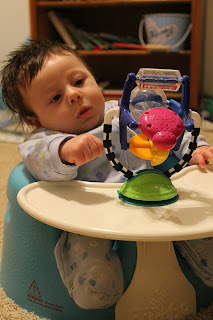 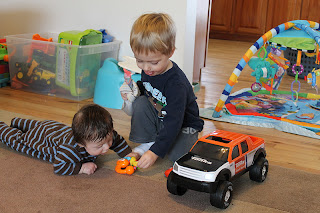 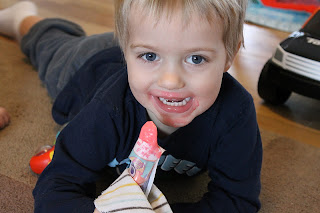 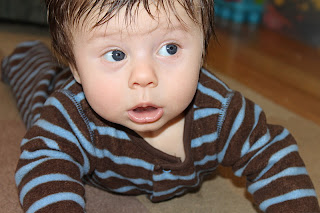 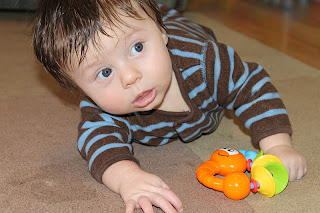 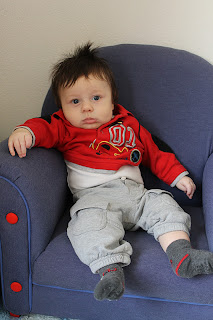 Posted by The Mahlke Chronicles at 8:20 PM