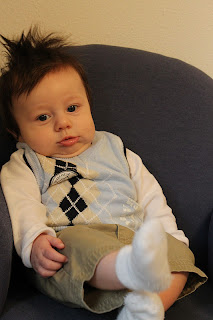 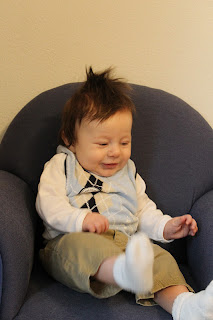 This week we put the alphabet projects on hold because there was a death in the family. My Uncle Terry had a heart attack while driving last Thursday. The wake and the funeral were this week. Spencer stayed home with Dave while Ash and I made the trek back to my family. I wish Ashton were a bit older so he could have stayed home, too. He cried most of the time, and it brought back memories of Colicky Spencer. The poor guy was very overwhelmed with the situation. Although we met again under sad times, it was good to see my family. We will definitely miss Terry at all our family functions (butt crack and all) as he was normally the life of the party. 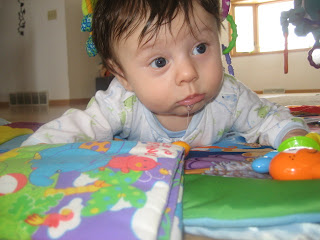 On a happier note, Spencer pooped in the potty while I was gone!! He tried putting the potty seat on the toilet and pulled his pants down, then proceeded to sit on it for a half an hour reading a hunting magazine. Dave said he checked on him periodically but was shooed away. Spencer was red-faced, grunting and still swore he wasn't pooping. The evidence was in the toilet, though. Hopefully this leads to more because two kids in diapers is tiring (and expensive!). 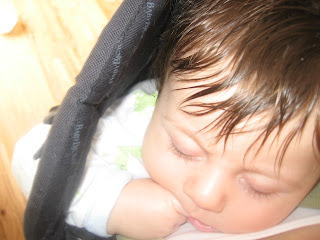 It's nice to see Spencer adjusting to his new brother in his life. For a while there, it was a little patchy. But things are definitely a lot better. In fact, last Sunday Spenc and I went on a date to get cookies. Afterwards I asked him if he'd like to do it again, and he wondered if Daddy and Ashton could come with, too.
Ashton is now three months old. If I were still employed, my maternity leave would be over. It's hard to believe I went back to work at this stage with Spencer. He's still so little and needs me so much. I've very grateful to have the opportunity to stay home with my boys! 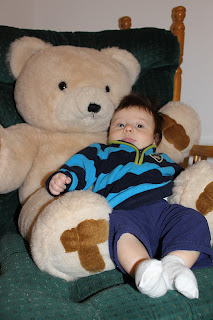 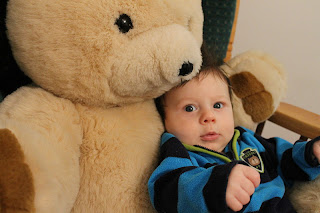 Posted by The Mahlke Chronicles at 3:45 PM